The Year of the Ferret

So we have had Lavender, our ferret, for an entire year.  The last time I wrote a post on her, it was shortly after we bought her.  And up until this week :)  it has been an eventless, emergency-less and generally pleasant time.

Here are some of our favorite memories... 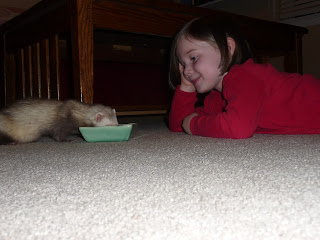 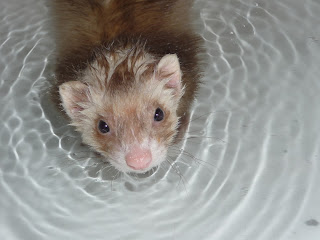 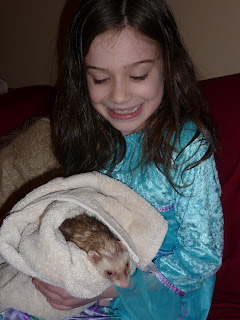 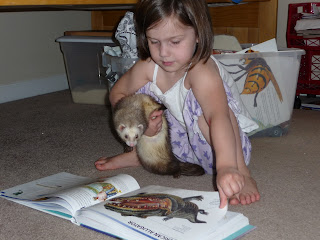 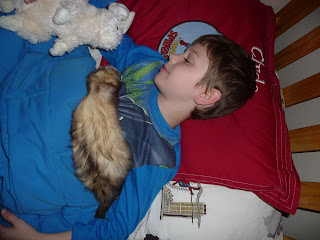 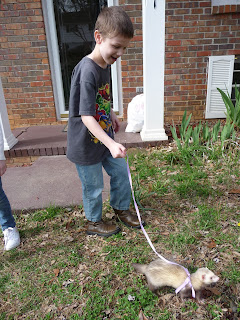 earlier last week, she discovered a hole behind the stove.   No biggie.  We found her after about 20 minutes after she made her way to the unfinished ceiling of the laundry room downstairs...Stephen just reached up and grabbed her.  End of Story.

Well...not quite.  Because THEN her very intelligent and responsible female owner (aka-ME) forgets to stuff something around the stove when I let her run loose.

The kids and I were supposed to be packing to go to Grandad's for the weekend.  Which went well, until we realized we had neither seen nor heard from her in a while. hmmm

We drop what we're doing and search.

An hour later, Stephen gets home to 3 hysterically crying children and a bewildered, concerned wife.

He kicks us out of the house and sends us to Grandad's while he tries to remedy the situation.

He calls me pretty late.  He's heard her once.  He decides to cut this hole. 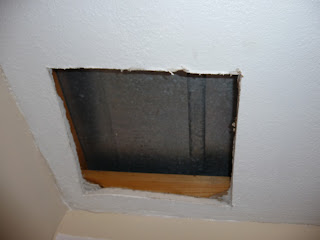 only he didn't know it had the duct there, so he cuts this one.... 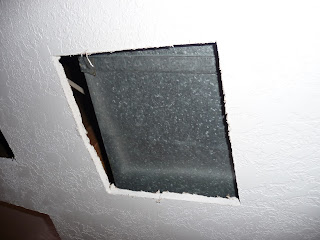 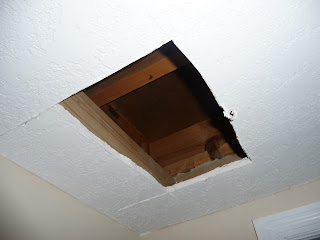 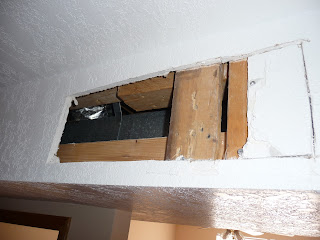 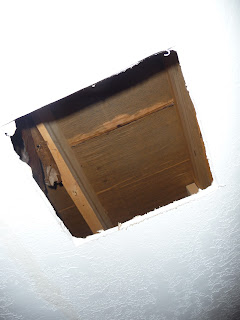 He calls us, he's not holding out much hope.  She's probably very thirsty.  He hasn't heard any scratching.  He's going to have to give up and follow us to Grandad's.

But then he hears....could it be?!  SCRATCHING!

and he cuts the FINAL hole... 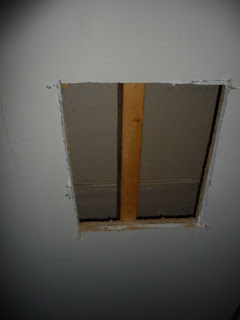 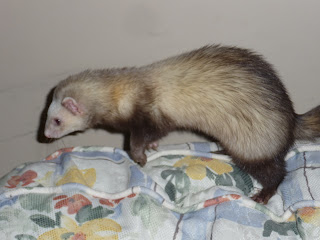 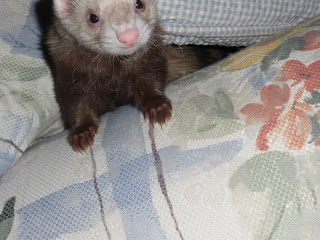 and this is just one of the reasons that he is our HERO!!

And I have to say, that even though, I felt weird praying for the survival of this ferret, when there are so many awful things going on around us, I want to say how grateful I am to God for allowing Stephen to find her.  We had one earnest little boy praying steadily that Daddy would find her and she would be okay.  And who knows how it spoke to his heart, for his Heavenly Father to have answered his plea and to realize that He cares for the little things.
Posted by mirandagail at 9:28 PM