We got to Grandad & Grandmom's house Friday evening.  Our heat had been out for a month, and that was not a problem, because we had been just using space heaters.  With Stephen working at home and me homeschooling, generally someone was at home running a heater most of the time.  We made efficient use of the space heaters by relocating all residents of our home, including the pets, into one room in the basement for the month of March.

Well, this posed a dilemma all of a sudden.  The night time temps were supposed to be quite cold while we were gone.  Would the pets survive.

Janet is NOT an animal person.  But she and Dad graciously allowed us to bring our pets to their home for the weekend.

Sherry picks the kids up so Stephen and I could pack all of our STUFF and PETS into our car.  We arrived at my dad's with 2 ferrets, 4 hermit crabs, 1 beta, an ant farm and a stink bug.  Stephen and I pull into the driveway and all of a sudden we're thinking....do we tell Janet about the ants and stinkbug?  Not trying to be dishonest, but will she get the heebyjeebies and be nervous??  This lady takes disliking insects to a whole new level!

So we just gingerly carry them in and place them by Dad's woodstove...we figured she didn't walk back into that area much.  We were wrong.  :)  Oh well....she didn't seem to heebyjeebyish!

Dyan got there late Friday night, so the kids had the pleasure of waking up to see her Saturday morning.

Saturday afternoon we had an egg hunt.  Janet plans a really cool one every year.

The hunters in my annual jump-over-the-creek-to-get-to-the-eggs picture...
2013 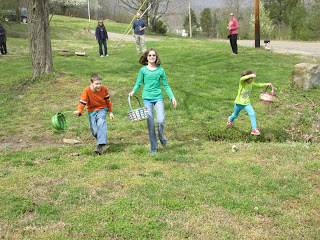 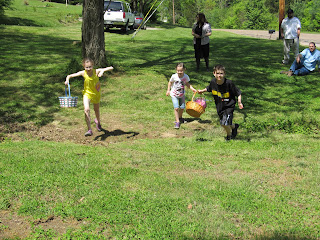 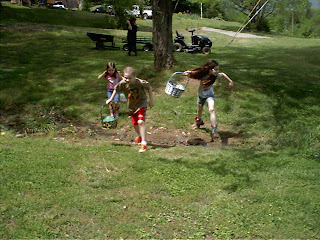 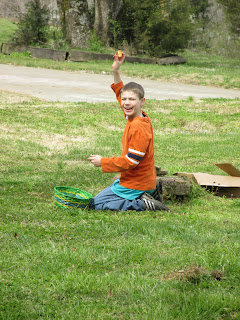 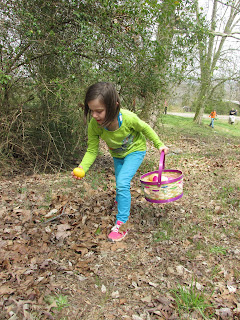 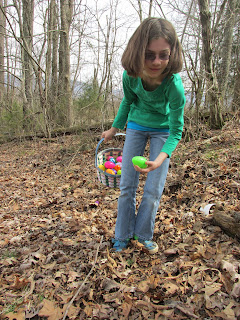 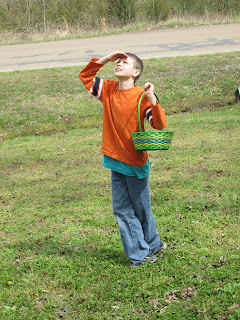 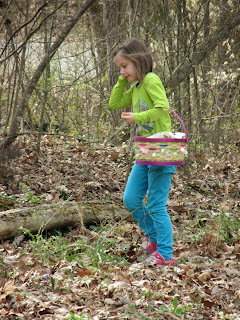 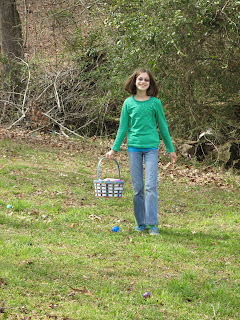 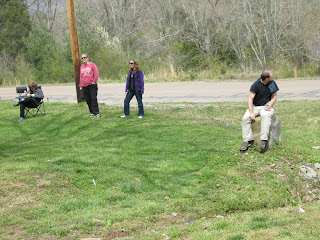 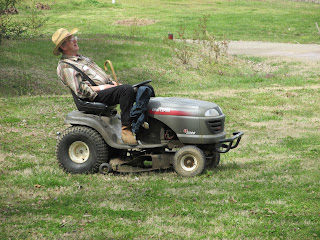 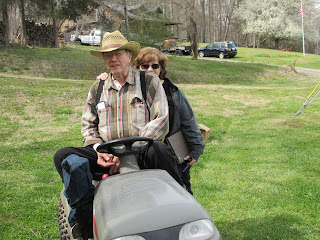 Once they were down to the last few eggs, Stephen, in his characteristic manner, led an organized search&rescue  formation... 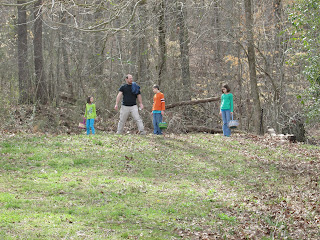 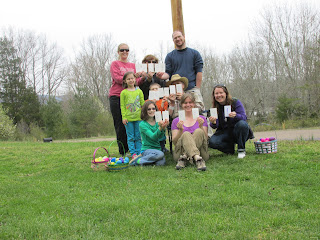 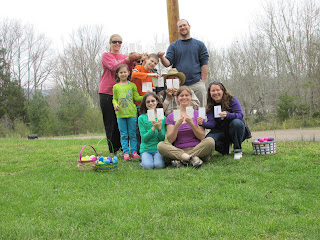 I like this picture of Grandad and Iris.  Whatever was playing on the telly...while it lulled Grandad to sleep, it obviously mildly terrified Iris! 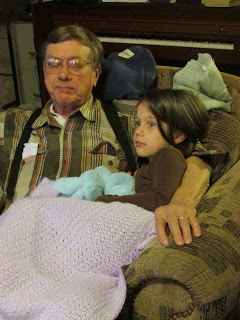 We all went to church with Dad and Janet.  Dad, Janet, Dyan and I played a good bit of the worship music celebrating Christ's Resurrection.  It was really neat!


Here are the kiddos in their Easter outfits once we got back to the house... 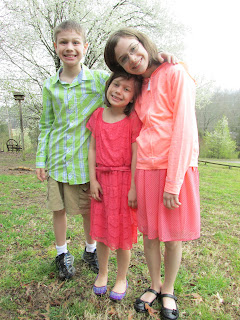 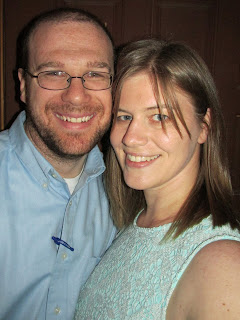