We spent one day at Disney Springs (formerly Downtown Disney).

You don't pay to go in here, because it's virtually all shopping.  BUT you can play with all sorts of stuff for free, admire awesome lego sculptures, trade pins, and get "spit" on by a giant Stitch :)

No matter where we are in Disney, we're always looking for 'Hidden Mickeys'.  We found this one in the bathroom right away, while Daddy and Papa were finding maps. 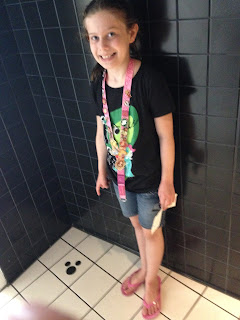 AWESOME ALERT-  ok...short back story.  I have ALWAYS had this weird fantasy (maybe you other allergy moms get this) that one day, even if I had to make it myself, Lucy would be able to look at rows and rows of pretty desserts and she could pick any one she wanted!!  I have always wanted SO BADLY (IN A CRAZY VOICE) for this to happen.

So we see a bakery, and even though I know she's not going to be able to have anything in it, I suggest we go in.  This may seem cruel, but it's not.  Even though she knows she can't have things in bakeries, she loves looking in them, because she thinks everything is so pretty.  So we go in, and I see something that says "dairy-free" and something that says "vegan".  And I don't even take time to read it, I go to the manager and I'm all, "So what on earth do you mean by "dairy-free", I mean all this is processed together, right?  And which items are dairy-free?  And what about cross contamination?"  And this lady smiles patiently at me, stretches out her arms and says, "everything from that wall to that wall of this store is dairy free.  The bakers aren't even allowed to eat or drink their own dairy or bring it into the kitchen."  AND I WANT TO KISS HER!  AND I WANT TO SING AND DANCE!

Lucy was excited too, but her excitement never APPEARS as exuberant as mine.  But don't be fooled, she was pumped!  Here she is in front of just the cupcakes.  There are also racks of donuts, pastries, and ICE CREAM!!!  And I'm all, "PICK OUT ANYTHING!!!  AHHHHH!" 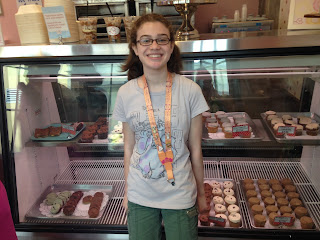 And here is Lucy stuffing her face while we shop.  And the rest of us are marveling at how we don't have to wash our hands to touch her while we're eating our crazy, assorted desserts! 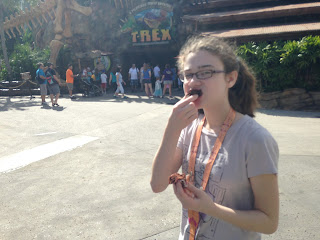 And that is the story of how I fell in love with Erin McKenna's Bakery NYC.  (and if I'm not mistaken, Erin McKenna is the name of one of our dear, darling friends ;)  Also, (and I would not have guessed this, because everything was actually yummy) it's all gluten and nut free too!

Papa ended up taking her back at the end of our day and having her pick out more to take to the house.

The kids spent more time outside the lego store than in this year, though Lucy did pay for a fill-a-bucket. 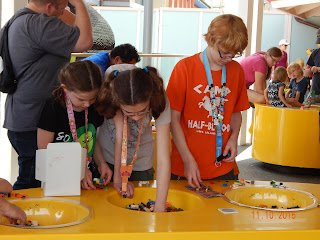 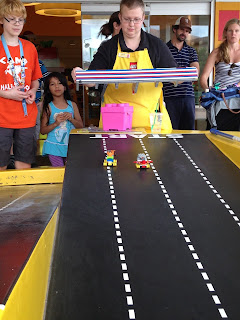 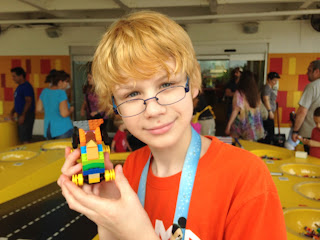 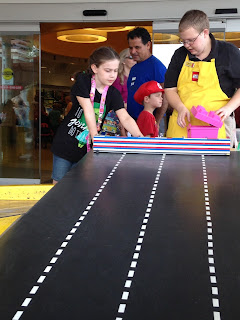 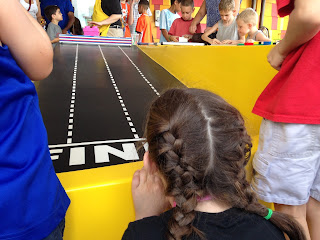 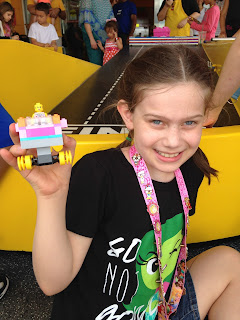 Nena is marvelous at running ahead and taking lots of candid group shots... 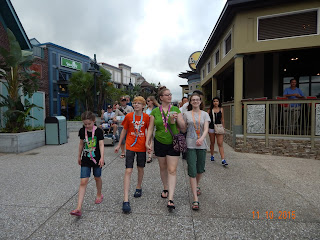 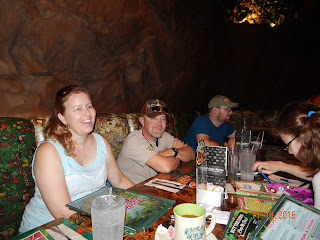 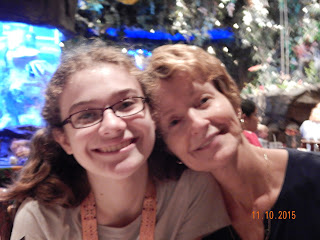 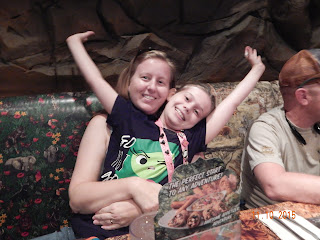 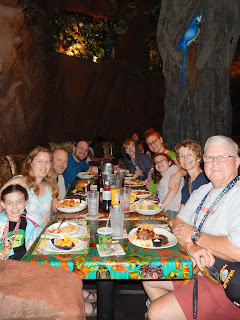 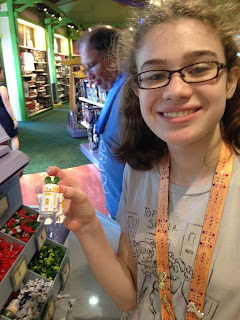 It's good to sit on a throne and organize your pins while all your crazy girls shop. 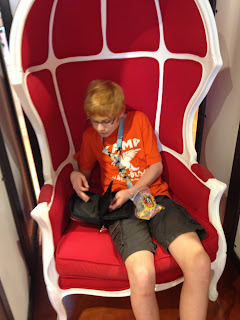 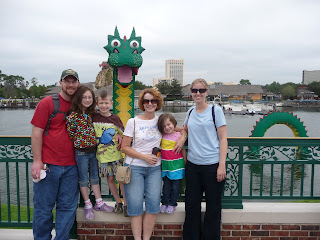 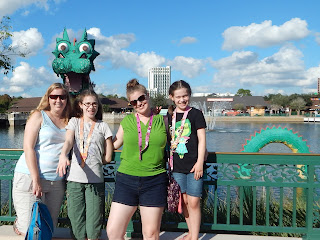 Posted by mirandagail at 8:33 PM