We have many awesome NC relatives!  (all on Stephen's side)

I'm backposting from last fall, it's literally been a year since I kept up with the blog. Last year (2016) in July, the younger kids of Joey and Tammy came to spend a week with us.  Stephen had to work, but the rest of us treated it like a vacation!!  They're all awesome, so it was an incredible time!!

We took long walks at the parks, the walking bridge, and downtown several evenings. 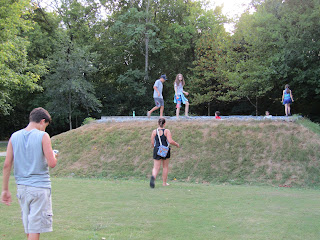 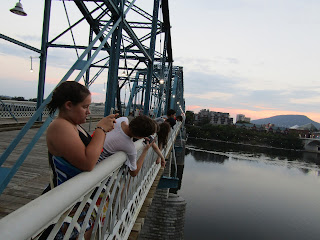 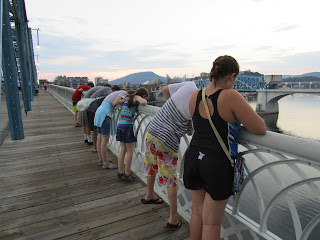 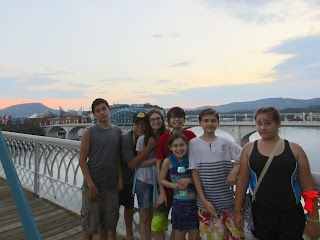 Played several games, including PicWits and that weird Jelly Bean game where you eat a certain color and it might be pear or peach, or something yummy.... or it might be dogfood, vomit, or something else equally disgusting :)  I think Dawson and Courtney lasted the longest...?? 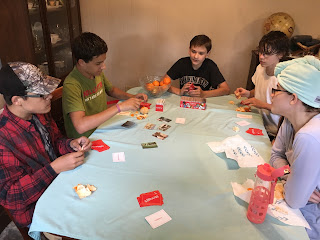 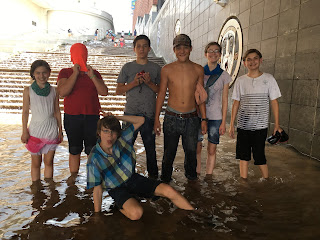 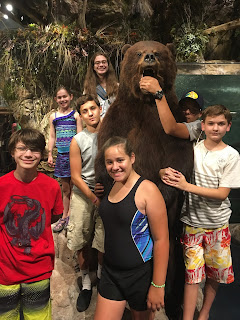 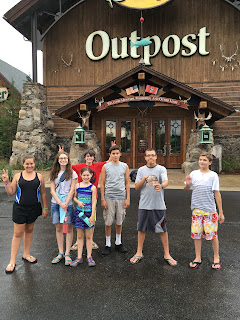 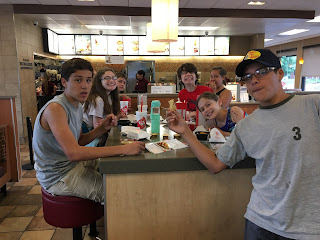 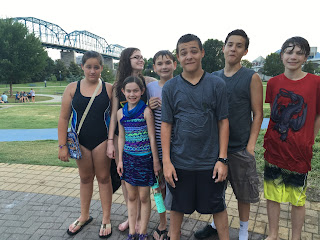 Stupidly, I decided to hike in the heat with this delightful crew.  They did great, but I did not.  Devin and my mom had to hike me out the last 20 yards or so.  But the water was fun! 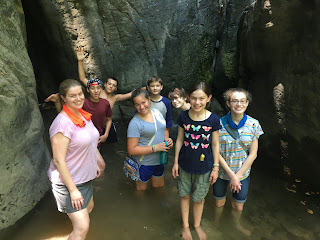 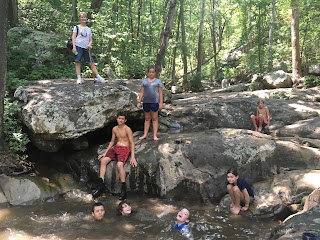 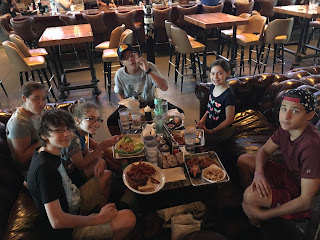 Indoor Trampoline Park!  This was a huge hit! 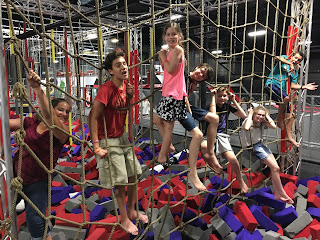 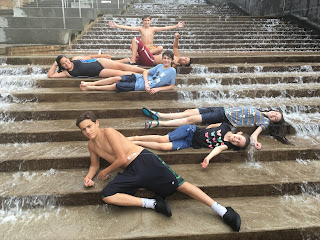 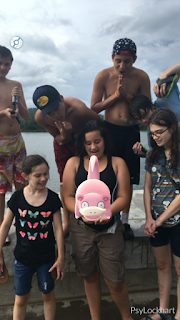 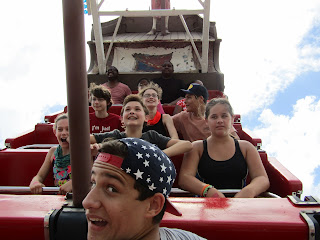 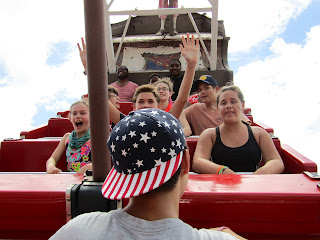 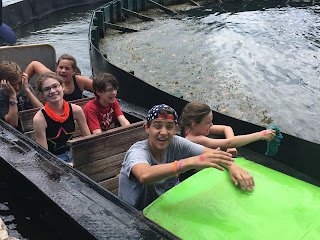 Wish we could have ALL THE MANY North Carolina kin out all at once!!!  But in lieu of that, this was a blast!!!

Posted by mirandagail at 7:15 PM