Sherry and David normally keep our kids for us the first weekend of July.  It's like an early anniversary present, because our actual anniversary falls on a heavy workload time at Sherry-Berry's work.

The kids call this annual weekend "Camp Sherry."  Their pictures always look so fun, we're not sure who is actually having the best time??

Stephen and I tried Taco Mamacitas for the first time.

They let us tie our dogs out in front of our seats on the patio, which was nice.  I had the oy vey taco and the Korean bbq taco.  Sooooooo delicious!!! 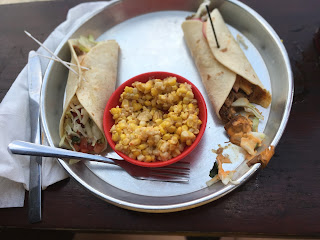 Stephen had two club tacos.  We both really enjoyed it! 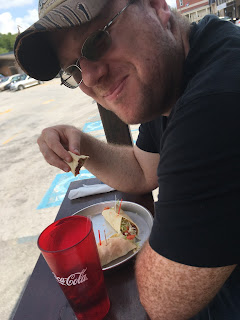 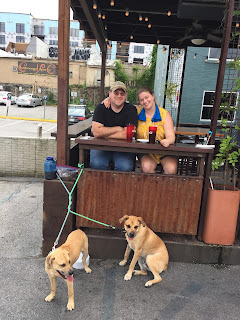 We went to the Chattanooga Choo Choo.  We enjoyed the souvenir shop very much, I had somehow never been there.  Fleur kicked the day up a notch by jumping into the fish pond shortly after THIS pic was taken. 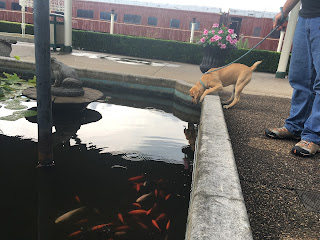 After cooling off a bit at a coffee shop and watching a small summer shower, we went up to point park. 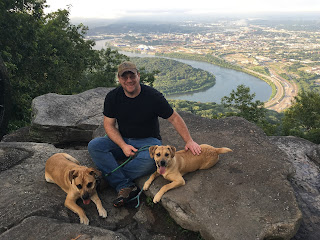 We had a great time, and so did the kids!  We always enjoy Camp Sherry!!
Posted by mirandagail at 1:21 PM