My BABY has been begging me to let her do school. I reeeally don't want to. And on top of that she just hasn't been ready to do any "real" school. So I've just been having her watch the Leap Frog alphabet movie and cut out shapes with scissors.

Well, she's kept at me quite persistently. I kept putting her off of course and told her nothing doing till she knew her letter sounds. See, she doesn't pay attention to the alphabet movie, my other two loved it, but not her. So whenever she'd beg, I'd say the alphabet and ask her the sound of each letter. She never knew more than 4 or 5.....until...the other day! 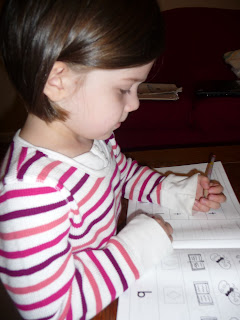 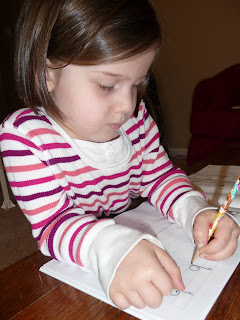 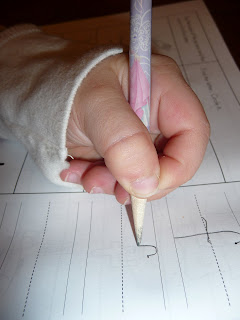 Her first letters written by herself...I'm very impressed. But poor baby....apparently b's are much harder, I think she's already re-thinking this being ready for school thing. ;0) 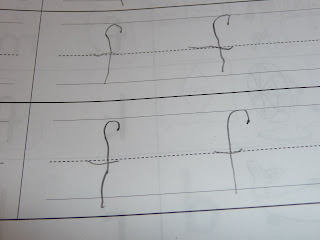 Posted by mirandagail at 7:05 AM