We went on a few trips to Cade's Cove with my Uncle Norman this spring/summer and since I haven't blogged about any of them yet...I'm consolidating :)  Just a warning....WAY too many pictures! 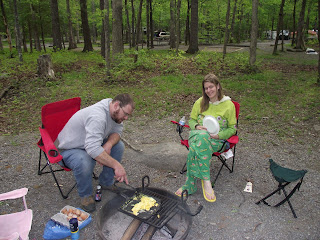 Clyde and he sawing fire wood. 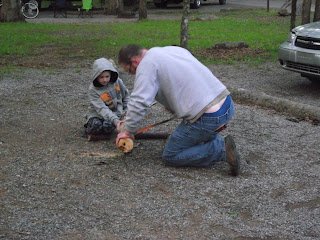 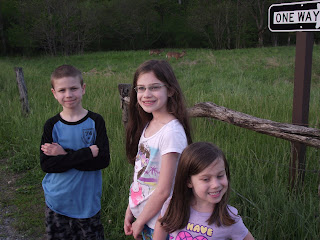 turkey Iris and I stalked for a long time... 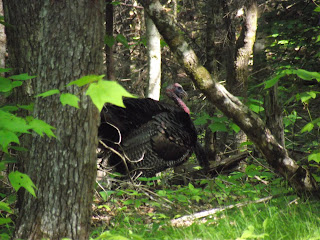 woodpecker in the campground... 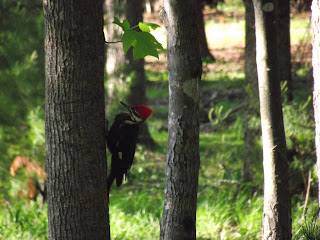 some of the fun old buildings to explore... 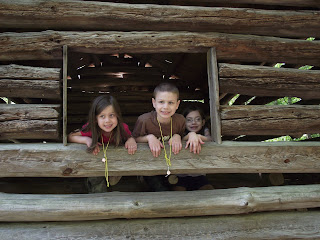 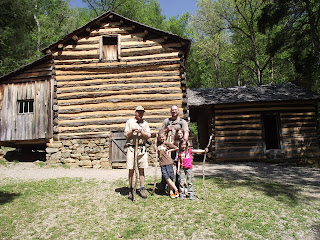 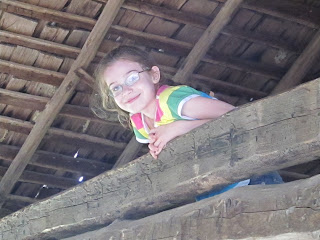 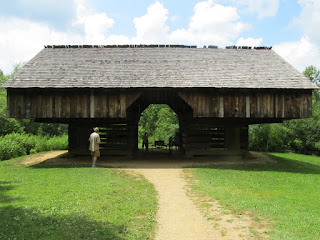 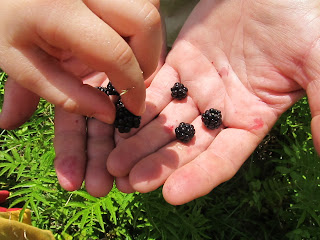 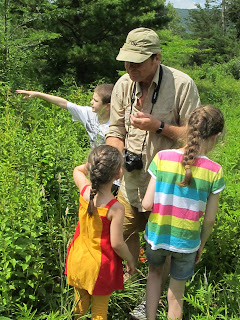 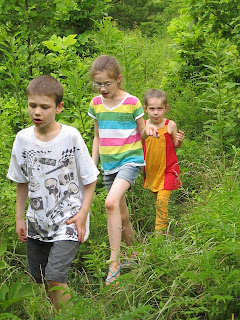 so we may have gotten WAY to close to a bear with 3 cubs, but that was only because I didn't realize they were there...and yes I was one of THOSE people who got in trouble with the park ranger.  THAT has NEVER happened before and will NEVER happen again.  But seriously....30 yards?....these bears were just moseying on up to us before we realized what was goin on.  Then again...I was irresponsible enough to start snapping pictures once I knew they were there. 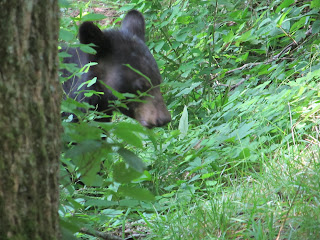 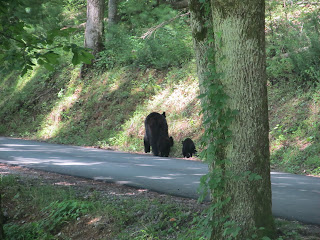 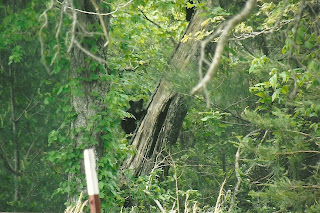 Playing in the creek for 2 and a half hours or more.  Lucy, Clyde and a buddy they made, built  a minnow trap literally around where the minnows were hanging out. 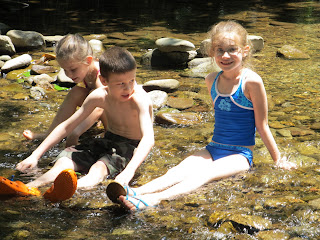 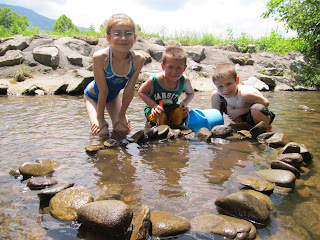 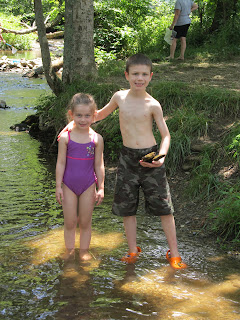 We wore this child OUT!  She didn't wake up when we toted her to the van, drove to the restaurant nor when we propped her up in a chair and ordered food for her, I was actually starting to get nervous. 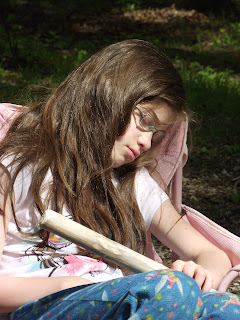 CLYDE took this picture!  I had no idea he saw this buck or that he took a picture of one until I got home and started loading pictures.  He actually took 4 different pictures and played with the lighting!!!  And who taught him THAT?! 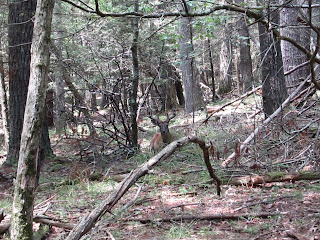 such a blessing to get to explore God's glorious creation, with family!!

Posted by mirandagail at 8:04 PM