Wow.  It's been a while.  Sickness and new-school-year-stress/research have kept me from blogging.  Alas.  Well, without further ado...

Most of my readers know that the kids and I get to hang out with my mom most Thursdays.  Typically, we hang out at one of our houses or go to B&N... doesn't matter what we do, always have a good time!  But sometimes she gets adventuresome thoughts in her head and we do something like this...

...head to some local caverns/caves...  That's what happened to us on a somewhat recent Thursday.

At this particular cave, though they emphasize the importance of not touching live stalagmites/stalagtites, they have one stalagmite which visitors are allowed to touch.  His name is Dead Fred and my kids love him.  Though it's been a couple years since we visited, they remembered him well.  Here they are with Dead Fred!  Note Iris's happy face.  We are still within sight of the entrance and her anxiety, though high enough to prompt the tour guide to grant her a flashlight, is still minimal. 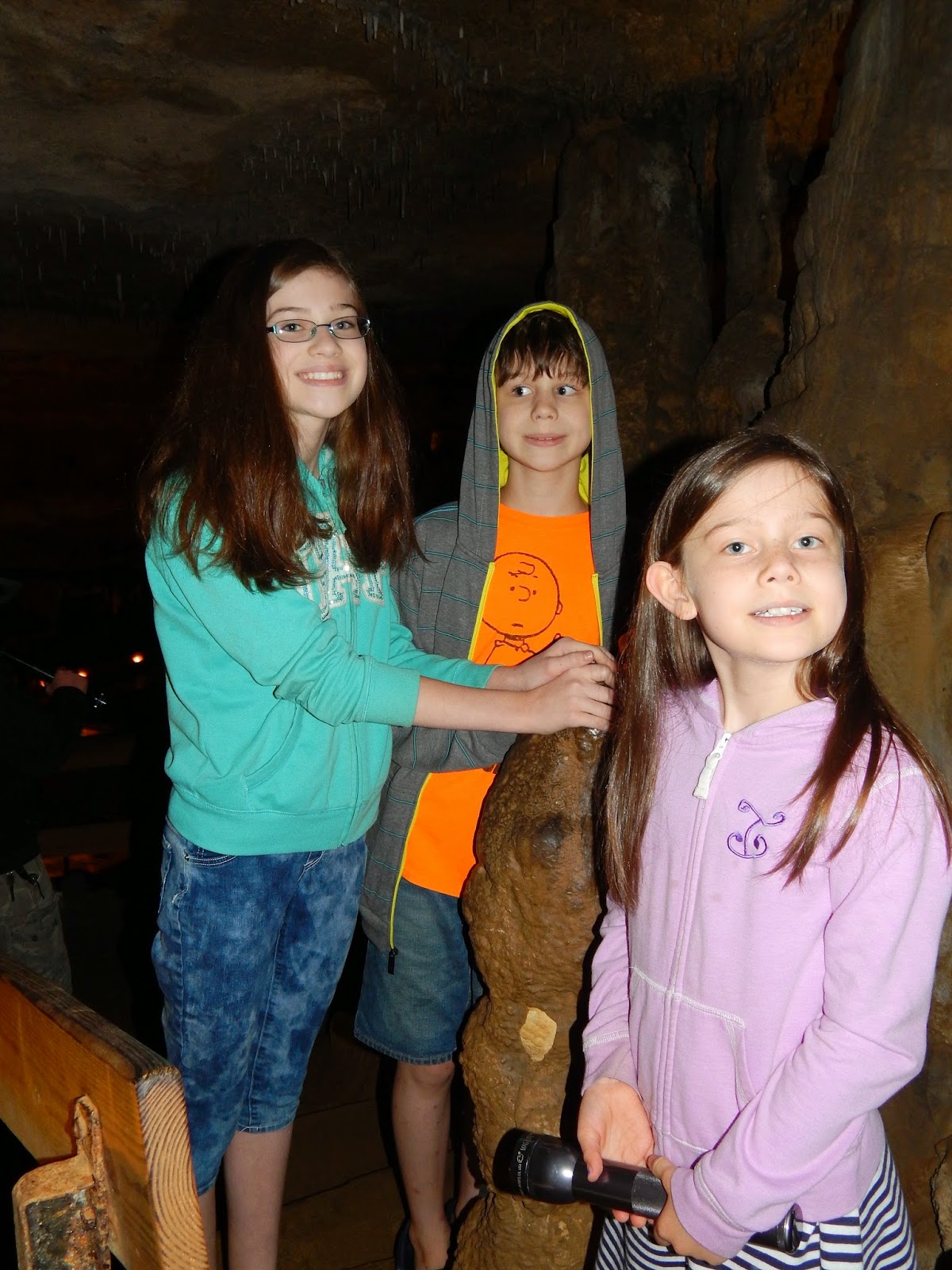 Taking pictures in caves is a rather tricky thing.  When you use your flash, you get great images of the people and the close-by rock formations, but it makes everything else pitch-black dark... which was not the case.  When you take away the flash, your people (and everything else) become blurry, but the cave looks even more lit up inside than is really the case.  Take a look at these pictures of the main "room." First one with a flash, second one without.  Both show my cute touristy family soaking it all in... unless you're Clyde, in which case you're informing the tour guide of thousands of tiny details he already knows :)  We are still in view of entrance... all is well.

But isn't the view incredible?!  As is the difference in using a flash and not! 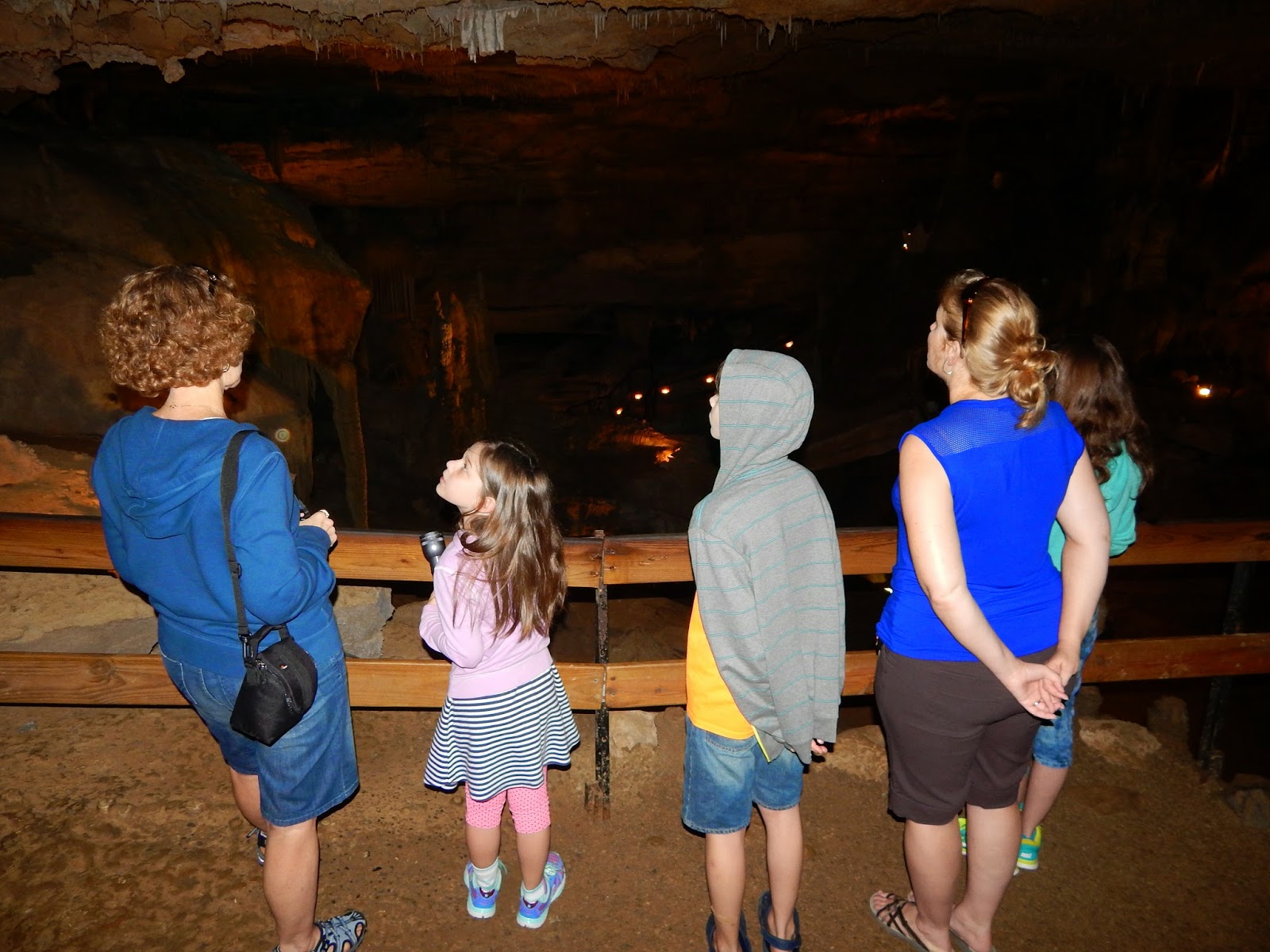 Here's a few of our group with our tour guide, Josh... 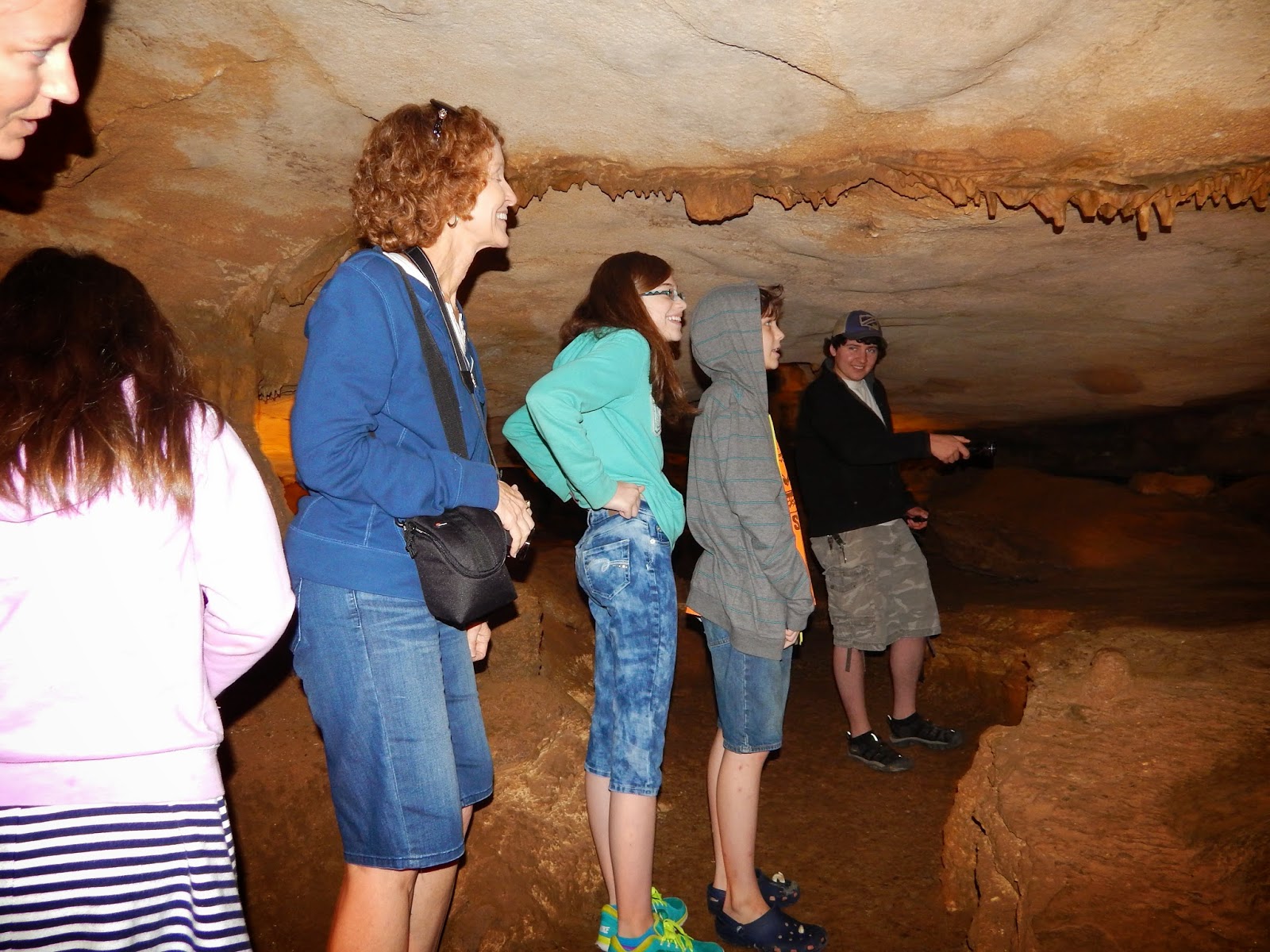 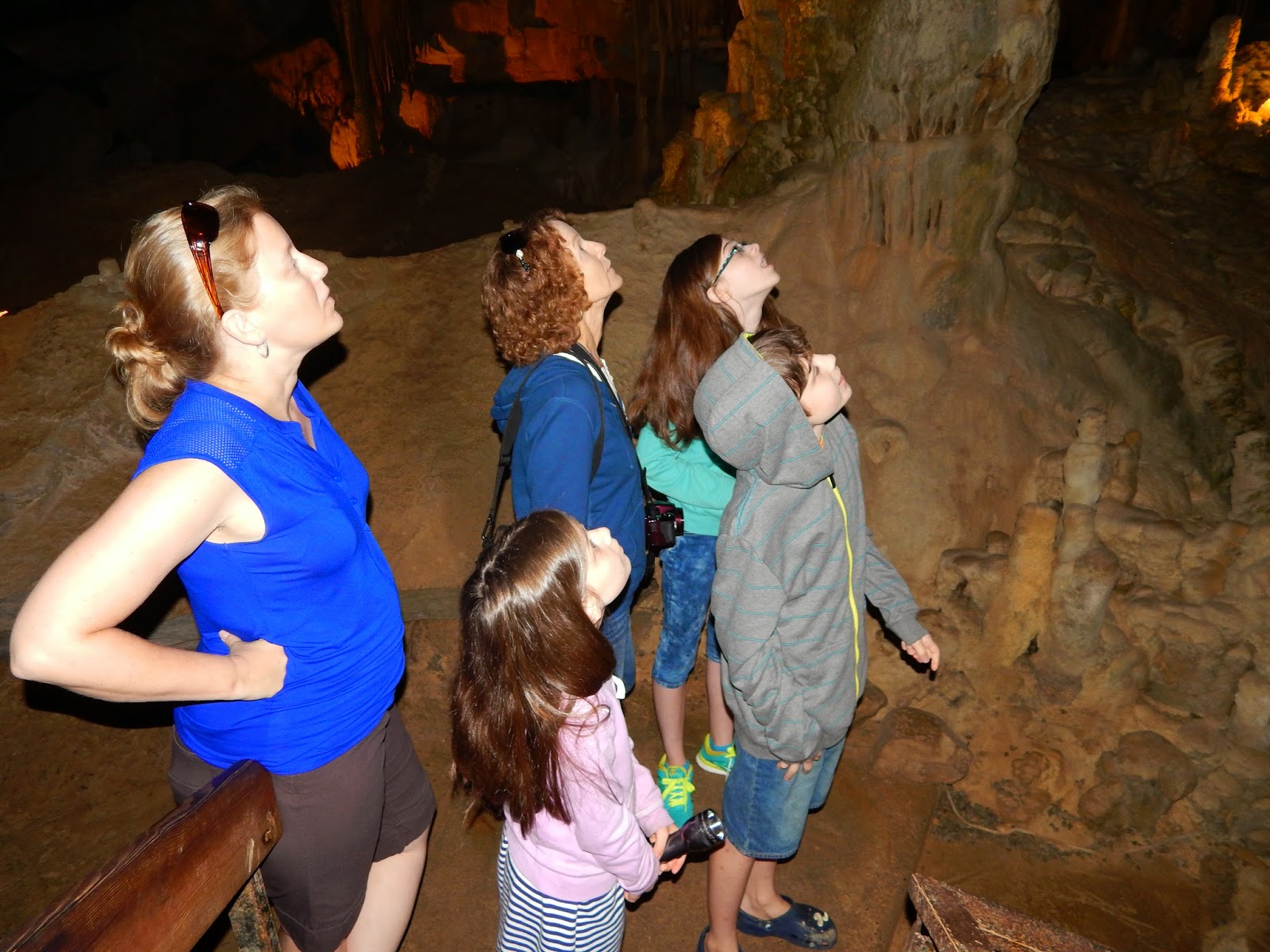 Iris was rather terrified through most of this tour.  I didn't realize it for a while, but while we were actually traveling in a loop, eventually getting closer and closer to our starting point/exit to the cave, she thought we were going deeper and deeper into the cave and very nearly panicked a few times. 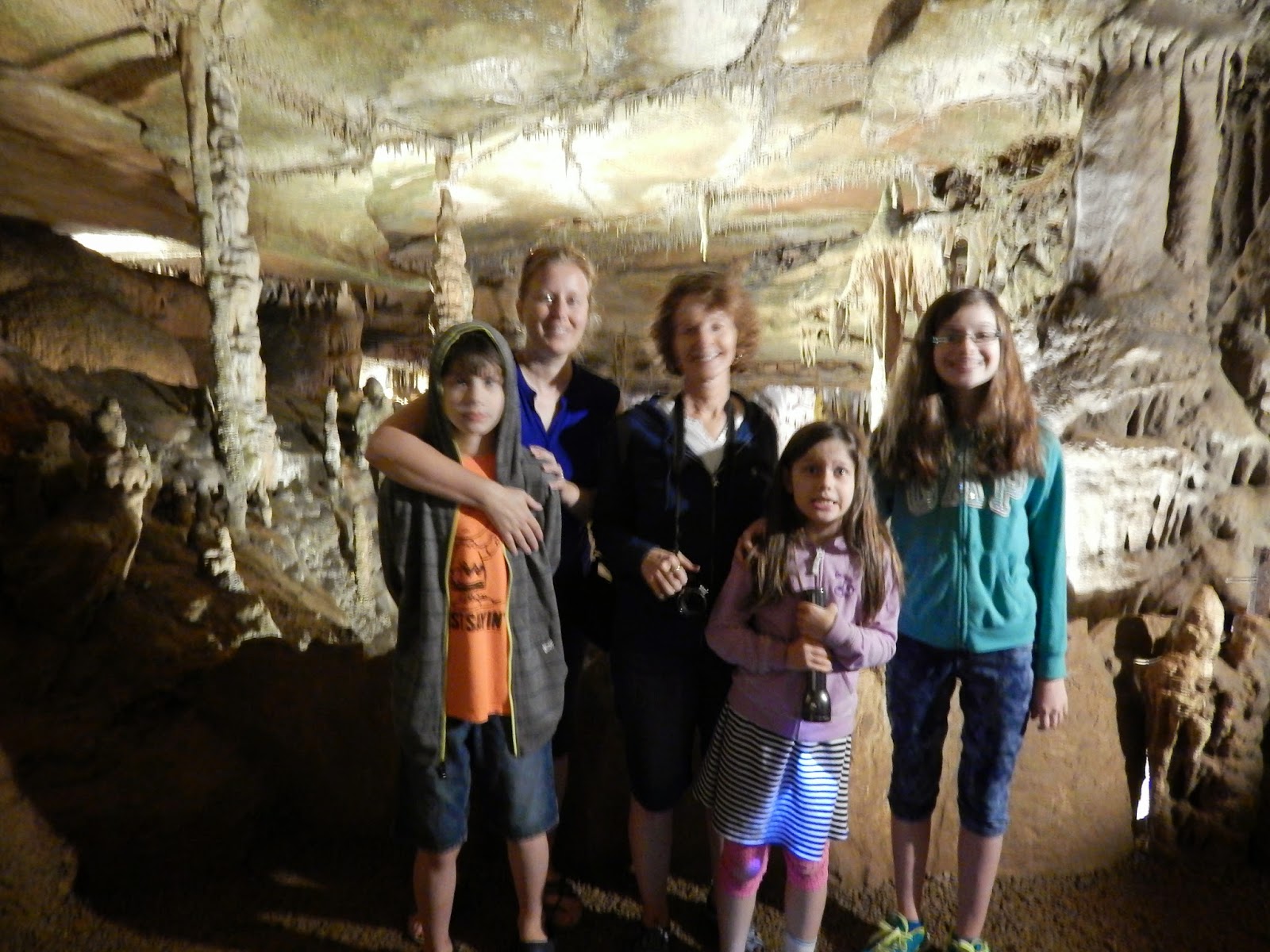 Here are Nena and the kids underneath a rare rock formation called a cave shield. 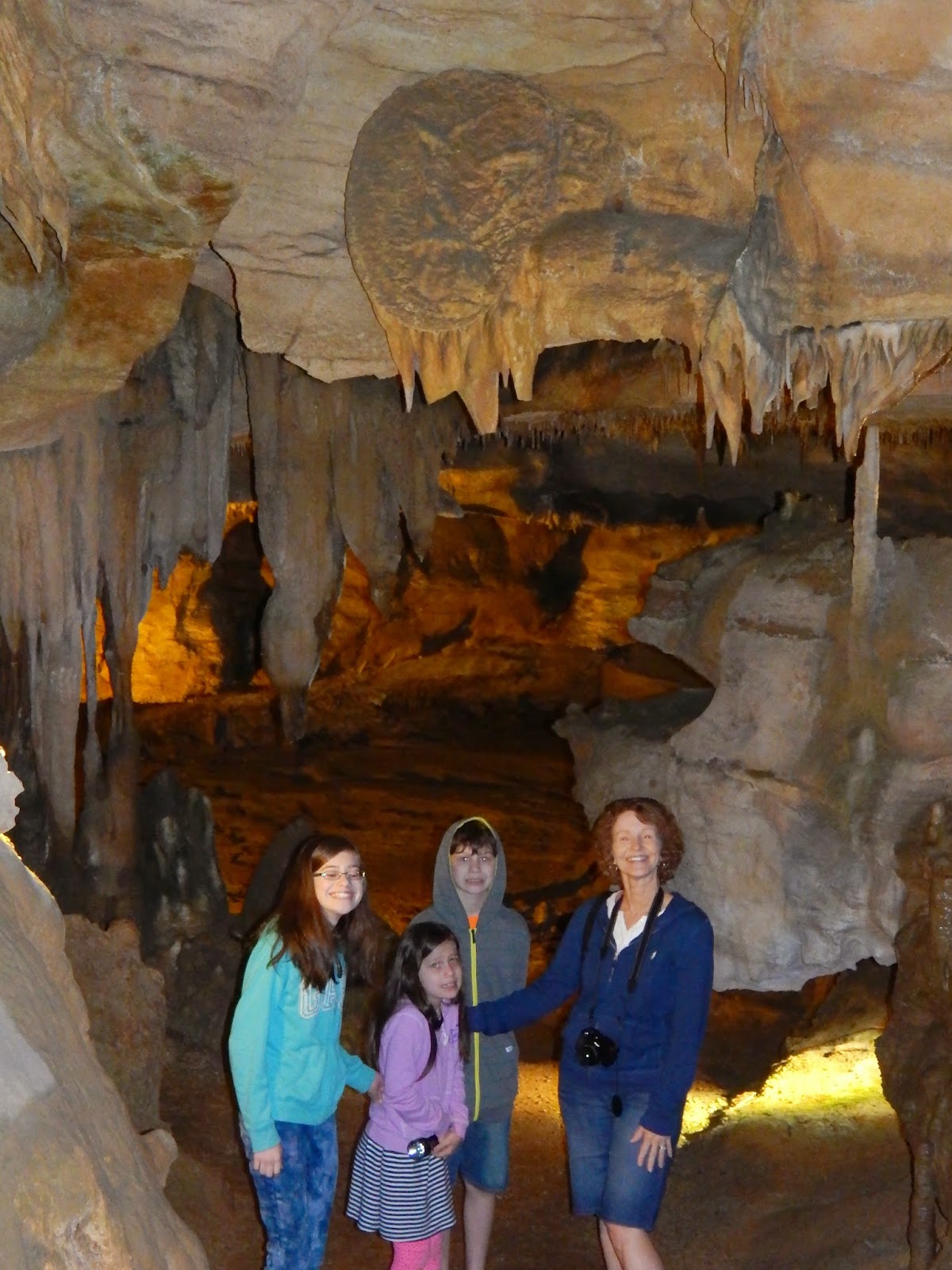 After returning above ground, Nena let all the kids participate in some "mining" for gemstones. 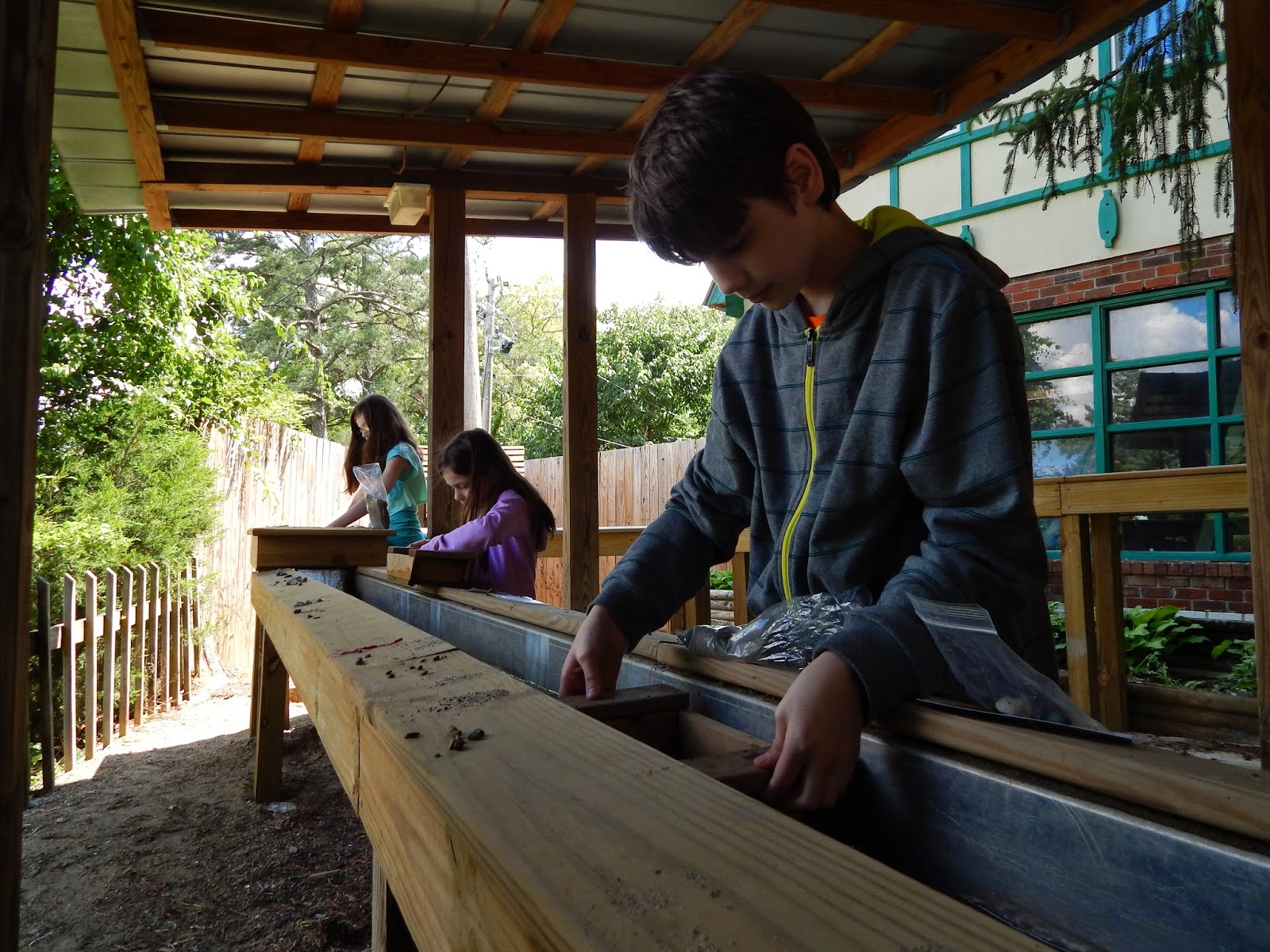 Iris showing her vast preference for playing with tiny rocks in the sunlight versus playing under gigantuan rocks under the earth. :) 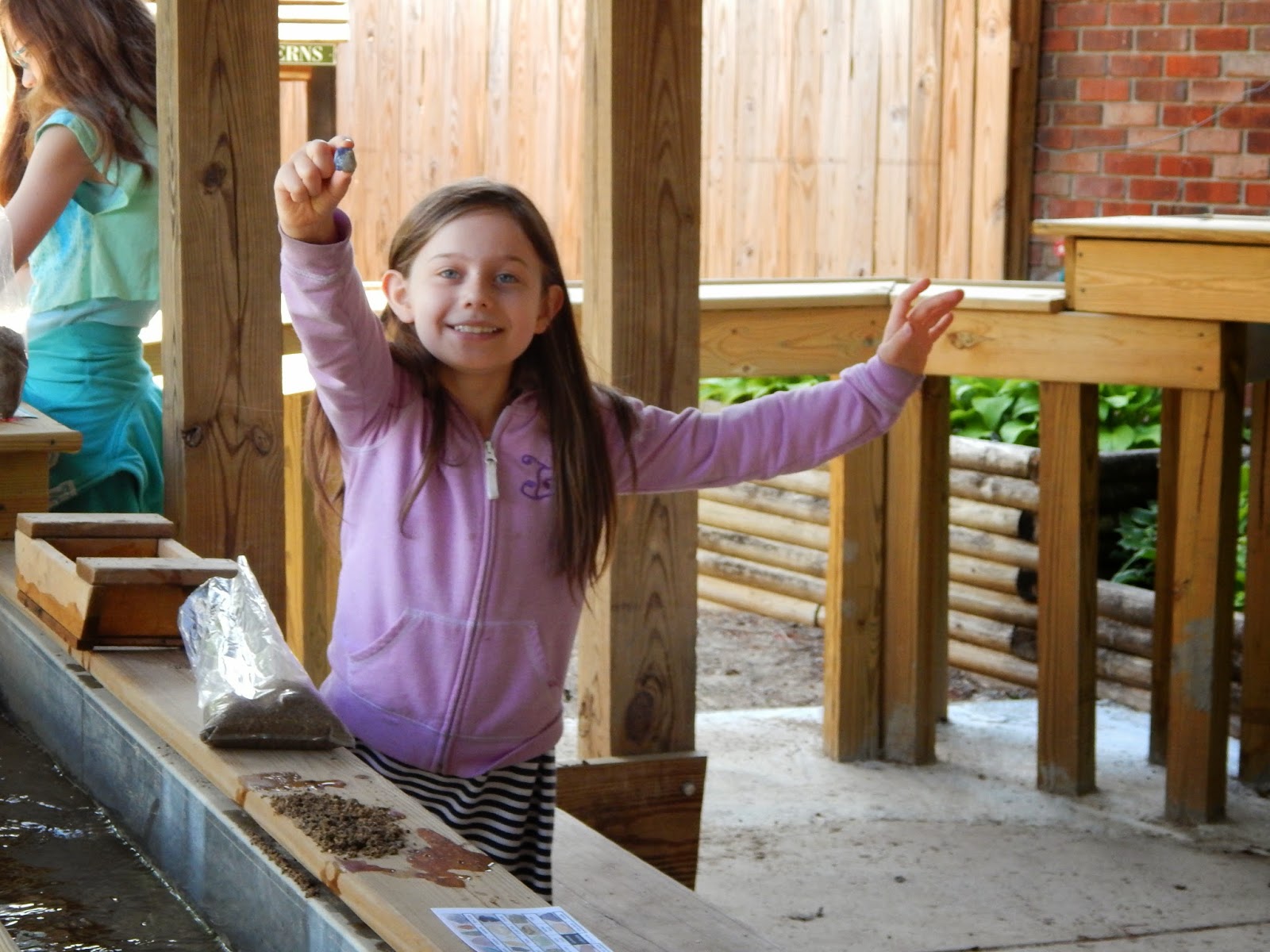 After all of these grand adventures, we were still not done.  Some racing was included in the package! 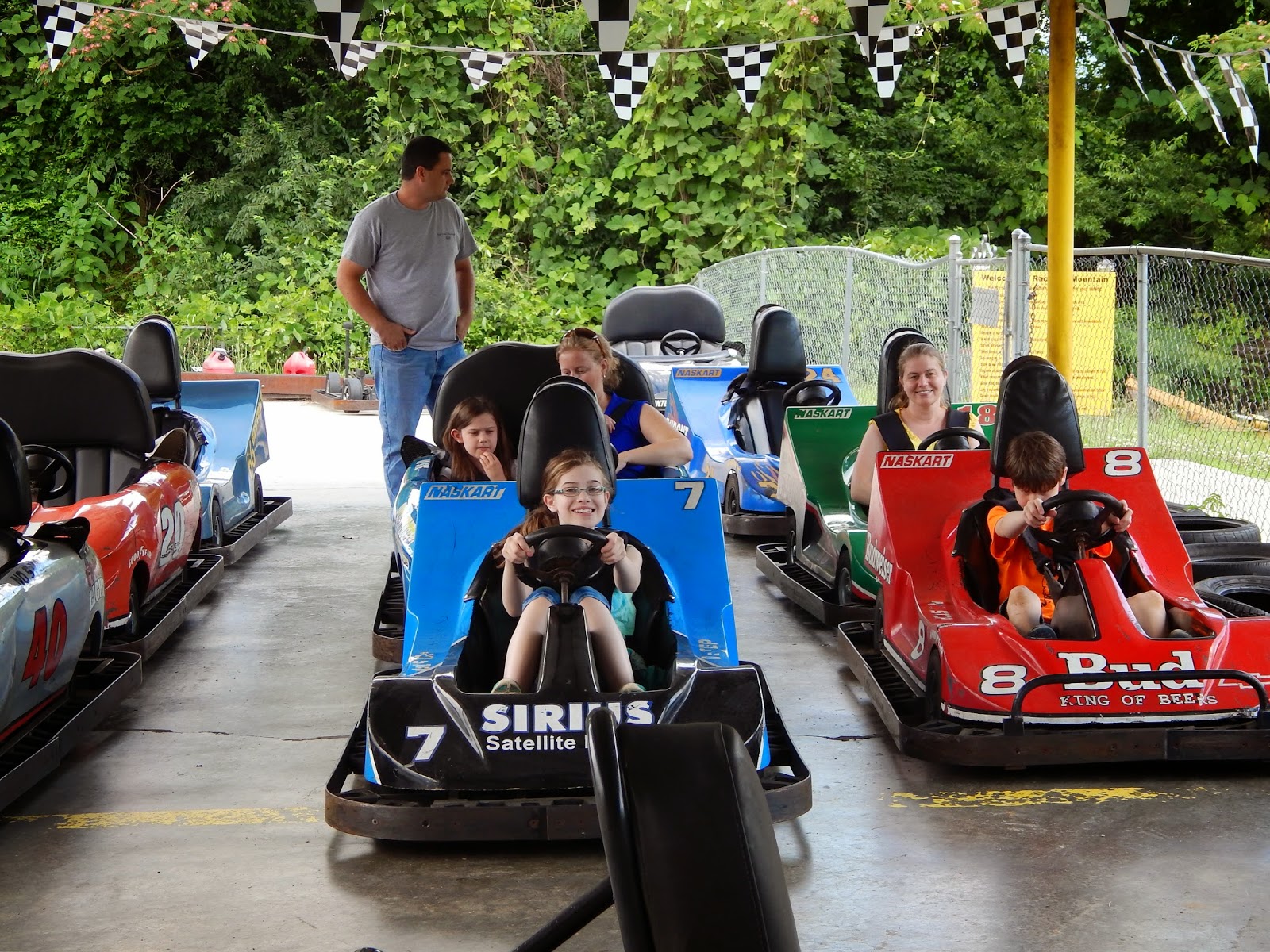 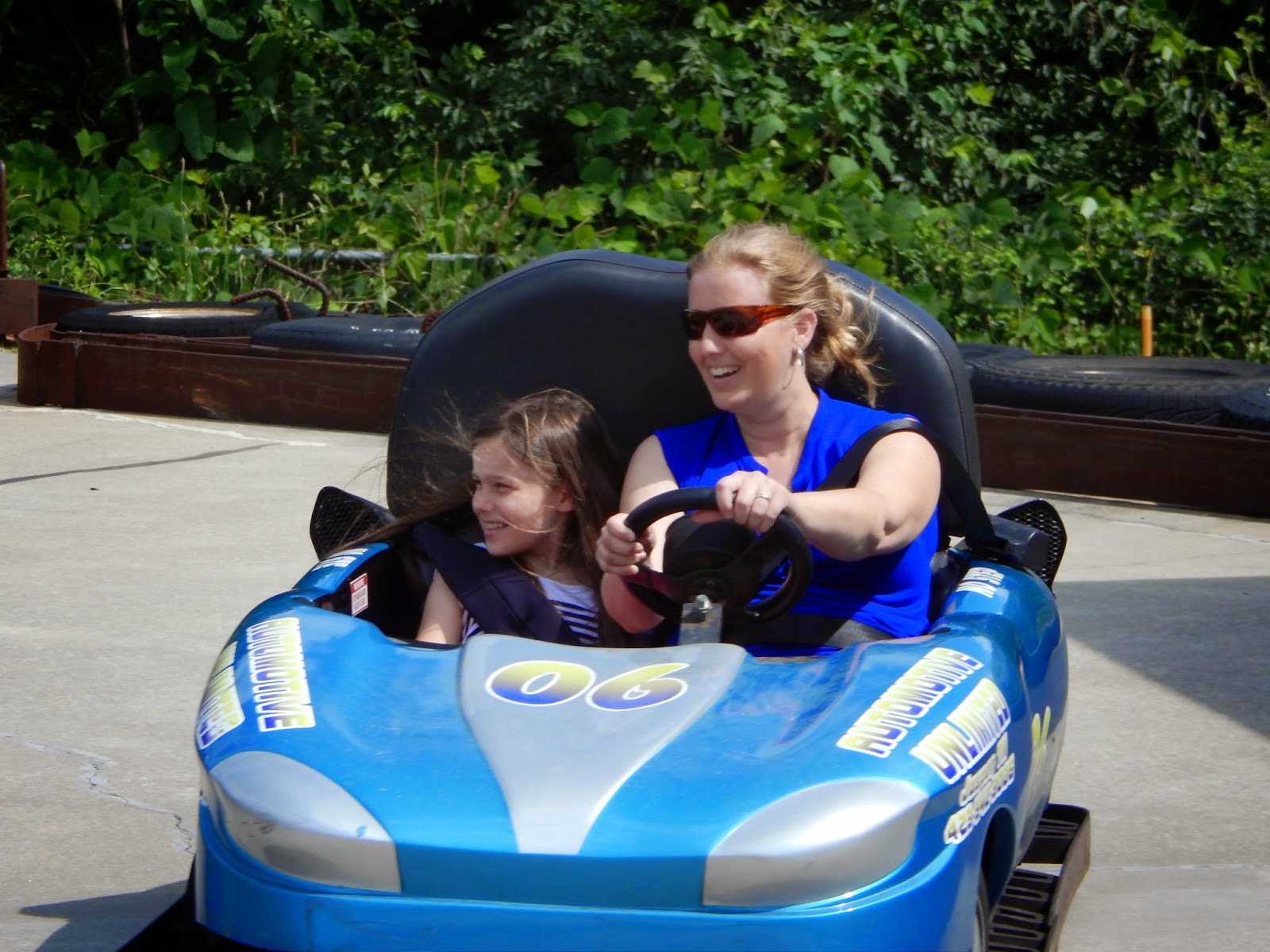 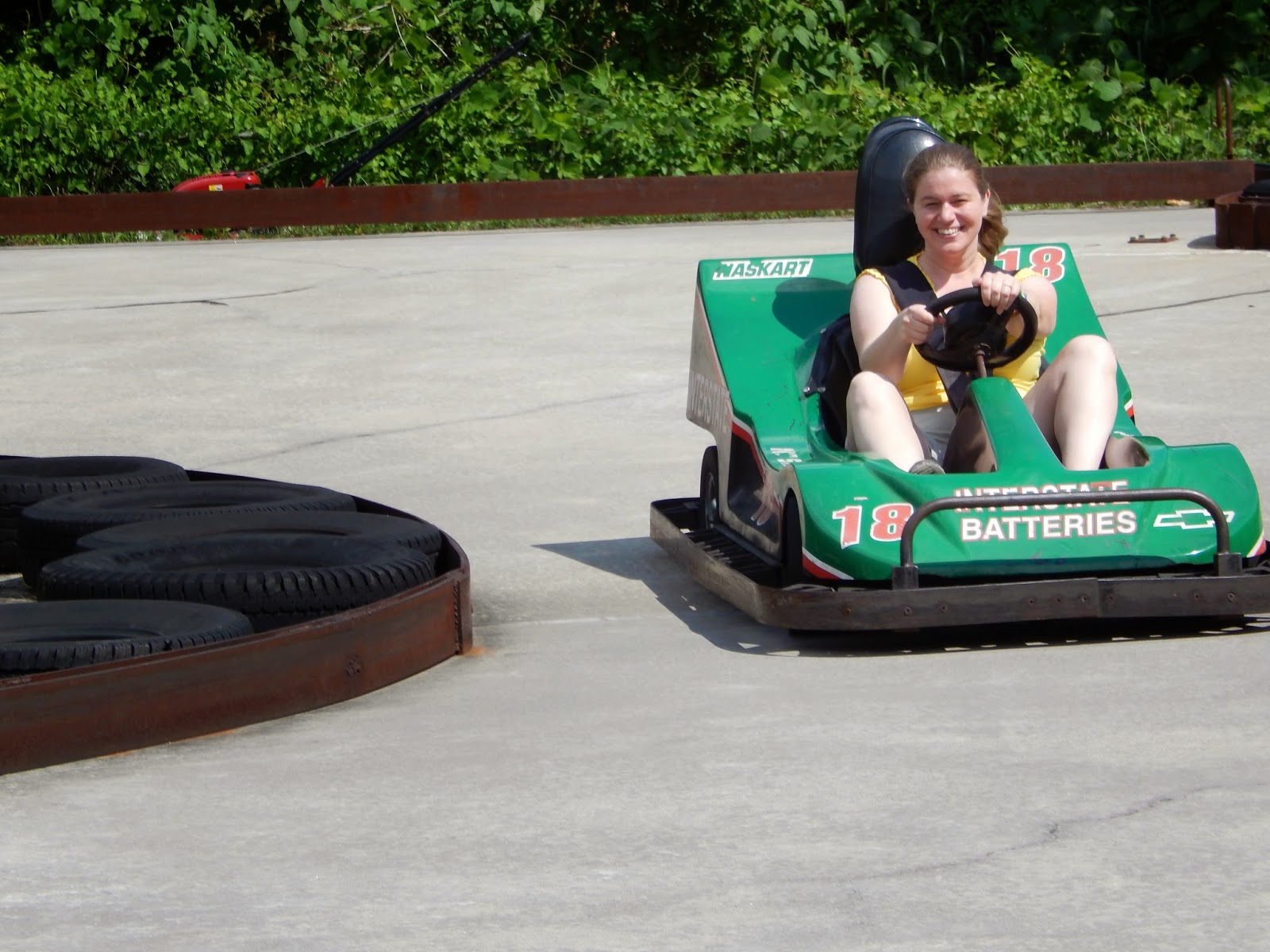 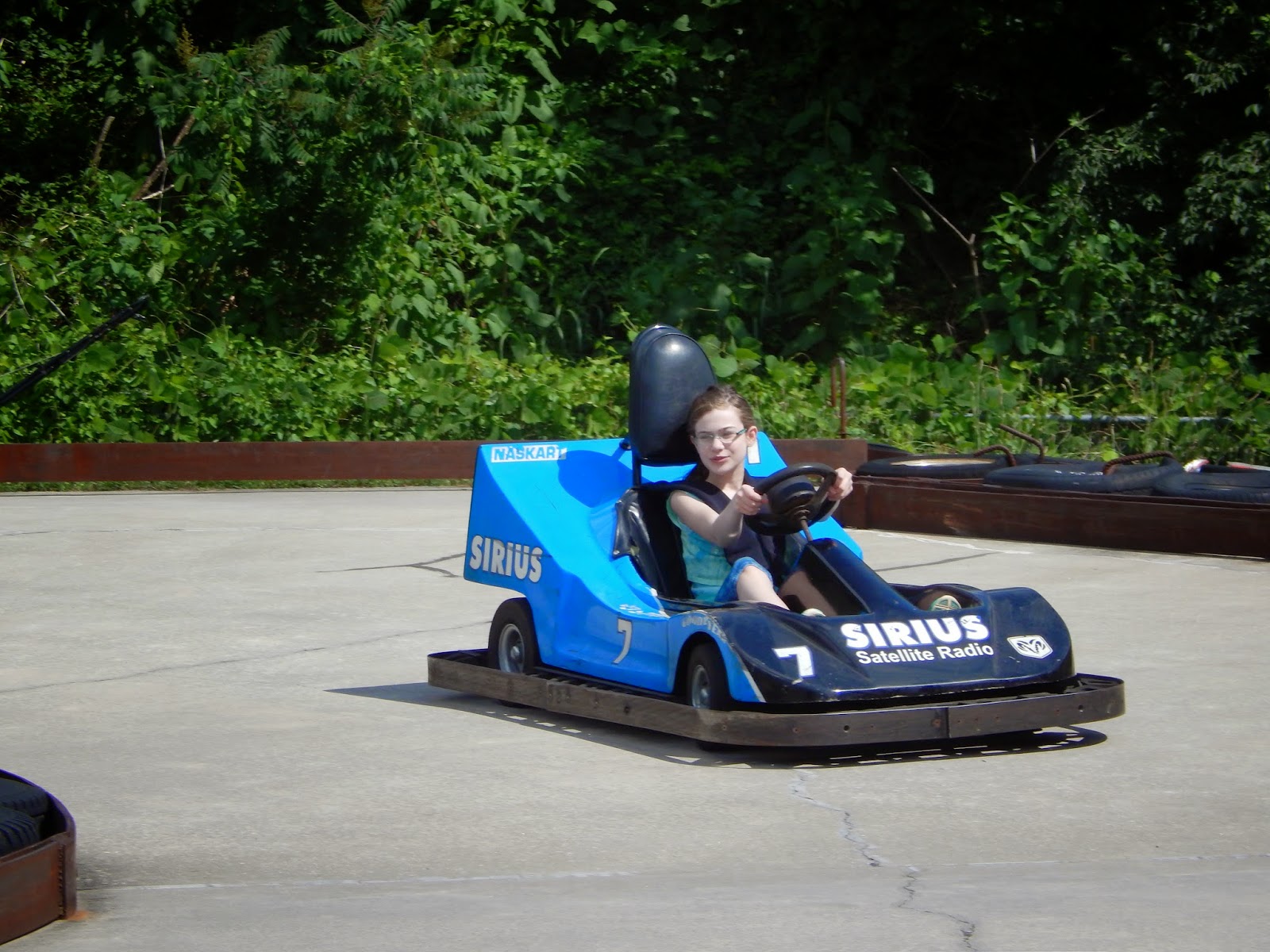 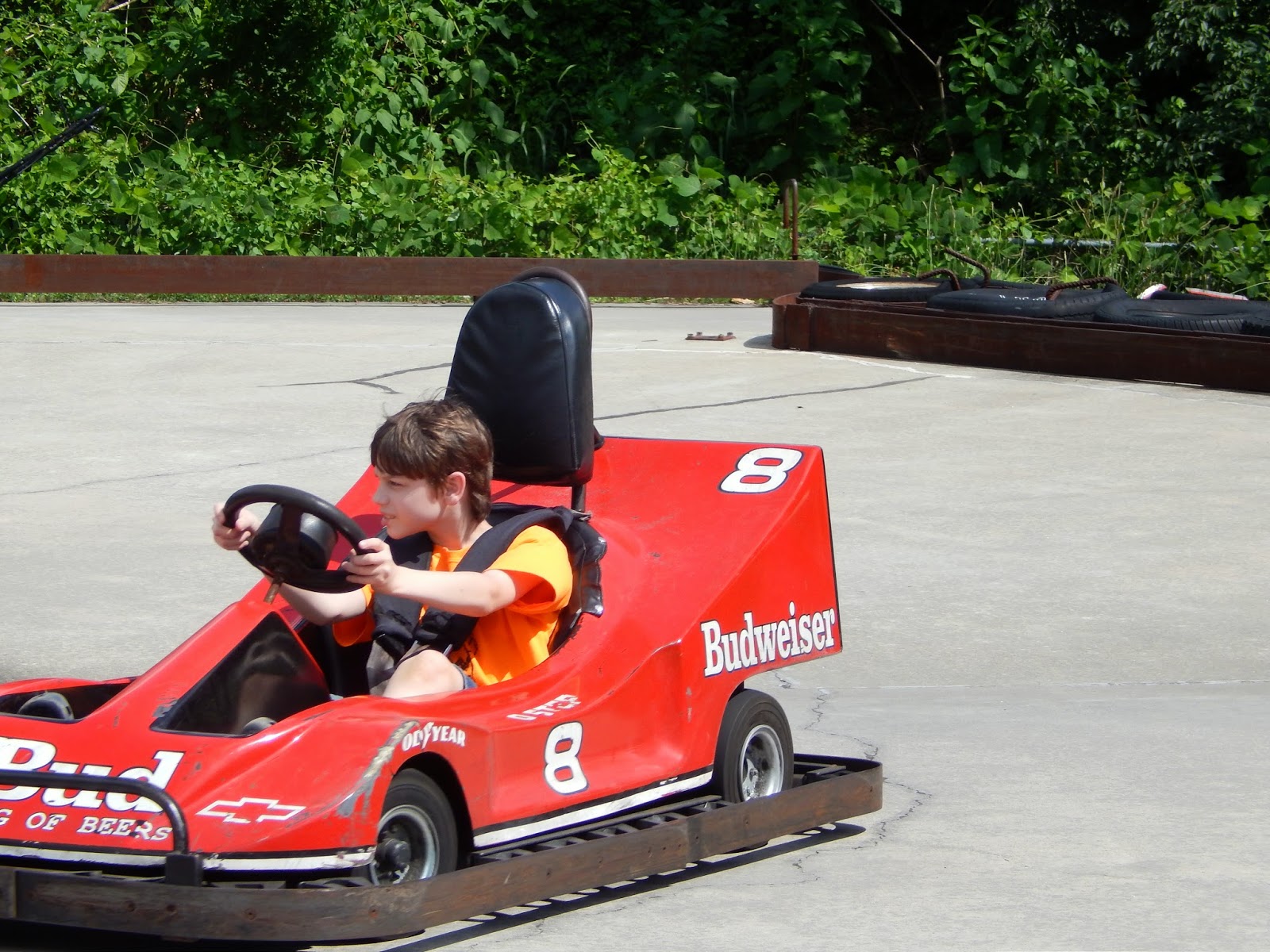 Exceedingly great fun was had by all!  Thanks, Nena!!
Posted by mirandagail at 10:21 PM