Christmas Eve at Nena and Papa's 2015

Man, people!!  It is hard to do, but I am trying hard to weed pics on these family events so that your not looking through 30 pics.  Here goes trying!!!  I'm shooting for under 20 during each of my next few posts!

Our crew, and Sherry & David showed up early at Mom and Paul's Christmas Eve morning.  After we all gushed over Lucy almost being 14!!!!, gave each other hugs and kisses, and were served drinks from Mom, we let the kids start dividing presents.  Traditionally, the youngest opens first working up to oldest.

I am NOT including all the present opening this year...just some highlights :) 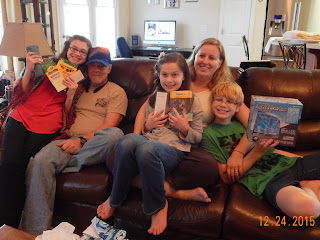 The adults drew names to give gifts to each other, but we all get the kids stuff and for some reason, they always get every adult something.

I actually drew my own husband's name.  He got a hatchet :) 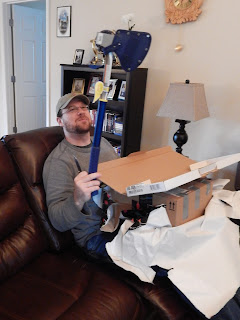 I thought Iris's gift for Sherry was cute :)  Eyeshadow. 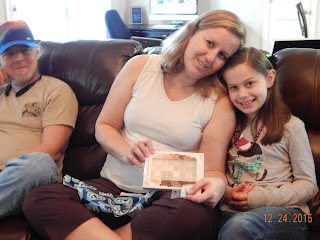 Clyde gave David altoids.  David is like Stephen and likes to reuse the tins. 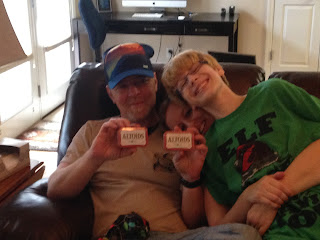 Sherry gave Nana a sweater and African violet.  Both were beautiful! 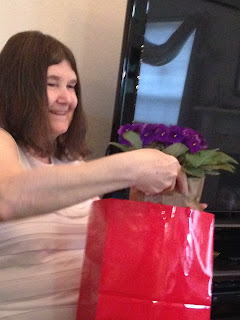 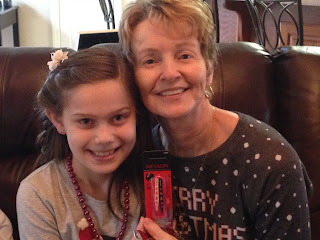 Lucy gave Papa a framed drawing of a bald eagle :)  So neat watching her draw it for him :) 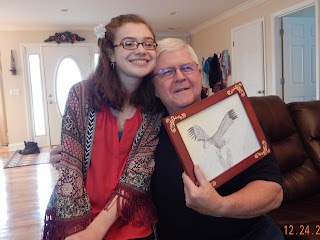 Stephen gave Nena a purse.  He did pay for it of course, and drew her name, but I MAY have helped pick it out ;)  Can't tell here, but it's BLUE!!  So proud of Mom's ever expanding tastes! 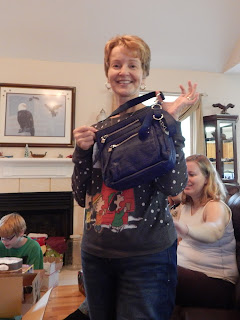 Mom or Paul gave Sherry season 2 of Last Man Standing :) and a pretty sweater. We all love...SO FUNNY!! 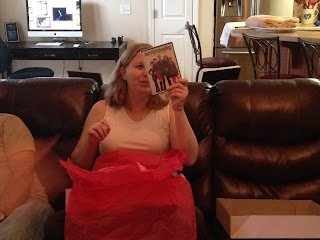 Nana gave David a wolf belt buckle, 'Dances with Wolves', and a devotional she wrote. :) 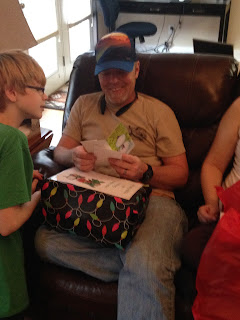 This was just cute of Papa opening Sherry's present :) 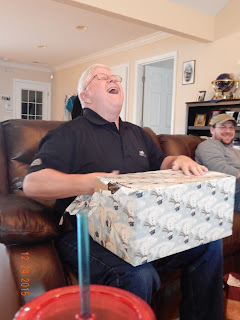 Sherry gave Papa a cool box and the 1st season of Last Man standing.  Ha!  Now they can share ;) 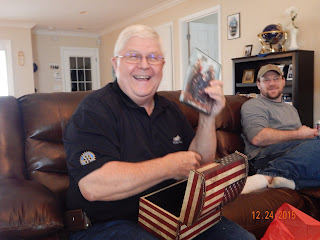 Lucy's gifts from Nena and Papa!!  So excited!!  So grown up, yet still a little girl! 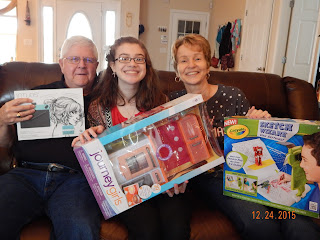 Iris's cute gifts from Nena and Papa!!  The parrot mimics and moves, he has brought us many laughs. 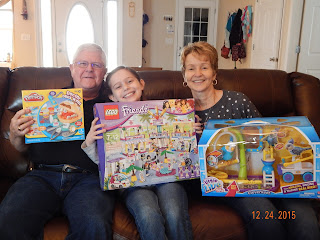 And Clydie's fun gifts from Nena and Papa!!  Skylanders was the winner of the day! 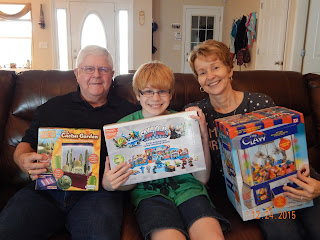 Then we had a wonderful Nena-and-Papa-cooked dinner, hung out, and played!! 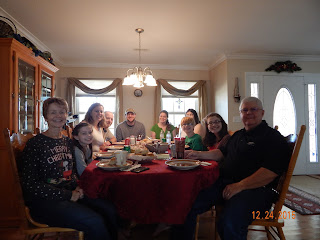 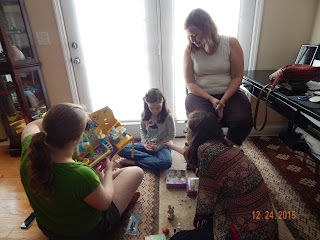 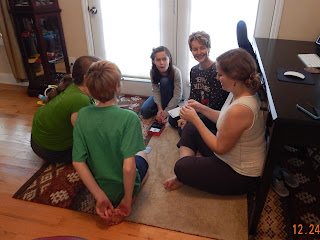 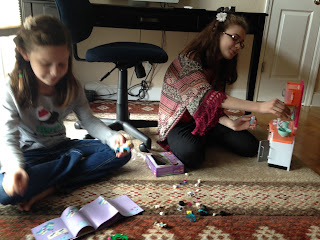 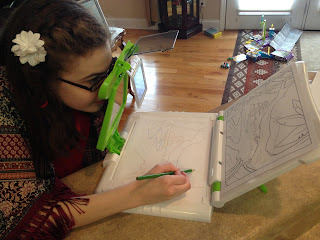 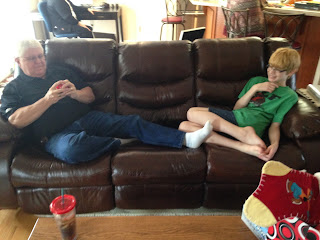 PS- I received a pretty shower curtain and a KOREAN HANGUL WORKBOOK!!! from Mom and Paul!  So excited!! (but don't have a pic)   I've already learned to write most of my family's names in Hangul!!  Yay!!  Christmas excitement spilling into February here!