Christmas Day at Grandad and Grandmom's 2015

Christmas morning we woke up at Dad and Janet's.  It was fun waking up to so many people in the house :)  The kids took everyone downstairs to introduce them to our baby ferrets and Sherry and David's new dog, Savanah.

Janet, Bobbi, and Dyan fixed us an awesome dinner! 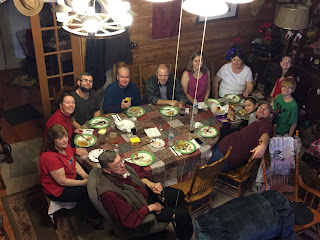 Sherry requested some music from Dad and Janet, and they obliged.  :)  The videos are HERE and HERE.  I REALLY wish that I had not been singing while videotaping!!  It's a bit too loud!  But THEY sound great!

Dad picked out matching necklaces for me and Sherry all by himself!!  We love them!  And Janet picked out one for Dyan.  I think together they picked out these cute ALMOST matching hearts for Lucy and Iris.  Very sweet! 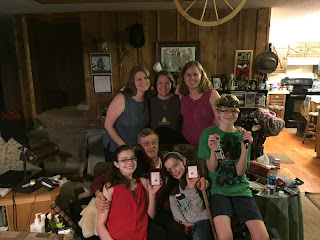 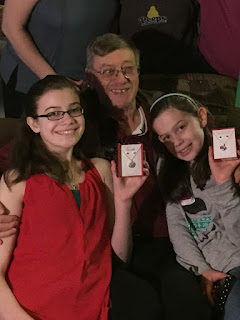 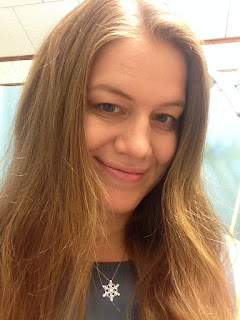 Uncle Bobby with the gifts the kids gave him. 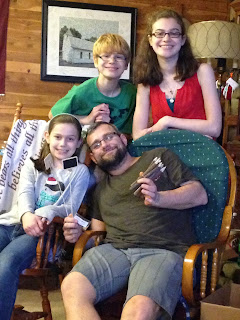 Aunt Dyan with the gifts the kids gave her. 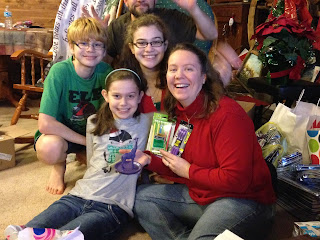 Uncle Brent with the gifts the kids gave him. 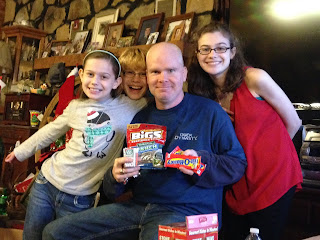 Dad and Janet asked only for a framed 5x7 of each kid/grandkid.  Sorry, pic is blurry!  Some of the more creative of us put a prank pic in front ;) 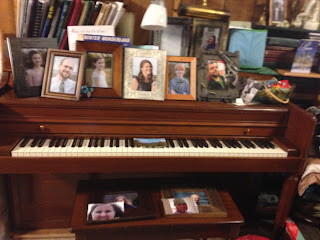 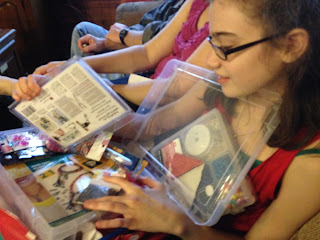 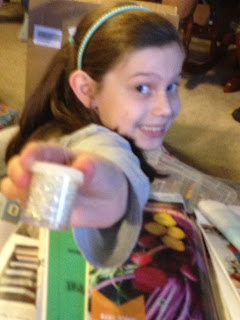 Clyde got lots of neat tools as part of his :) 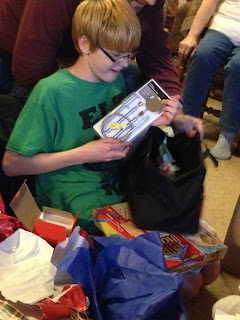 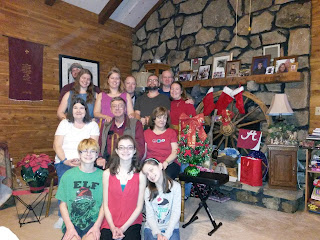 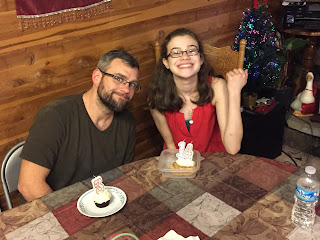 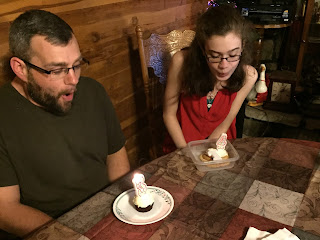 Surprisingly took less pics this time than I thought!!!

Was a Merry Christmas for all!!

Posted by mirandagail at 9:38 AM