Stephen and I celebrated our 10th anniversary on Thursday. He took the day off. Our family went to a local state park and then to a semi-local, small county fair.

The state park was awesome. We went to a small cascade falls and found a little natural rock waterslide. The kids did it over and over and over. I got some video footage of Lucy and Clyde. Stephen tried to get video of Iris sliding to me, but he accidently got her right before she slid and right after she slid :) 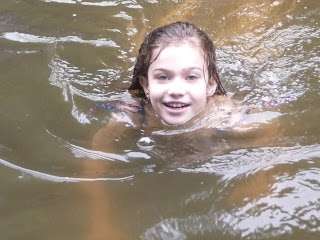 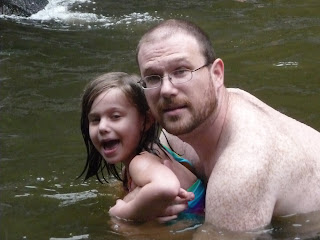 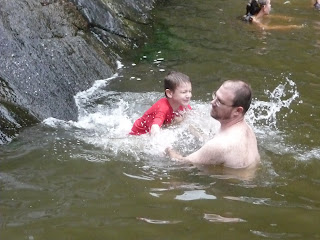 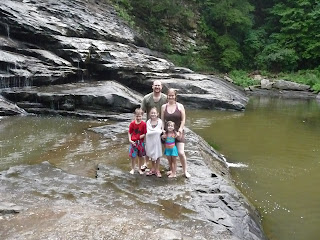 We saw this spotted fawn....that was neat. 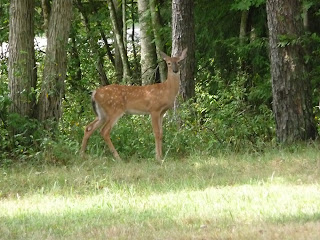 Then we went to the county fair :) 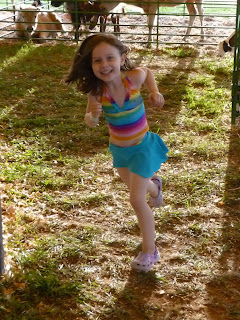 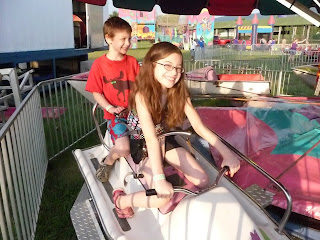 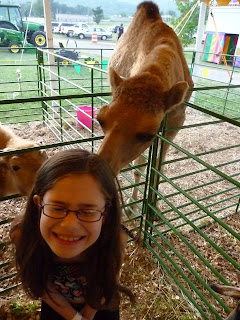 Then we saw Venus, Saturn and Mars. THAT was awesome. Or I should say, Stephen and I thought it was awesome, the kids clung to our legs and cried that they were scared of being outside in the dark until we said, "okay, okay, get back in the van and we'll go home".

Here's a picture of Venus and Earth's moon...unfortunately, Saturn and Mars were neither big enough nor bright enough to show up in my pics. 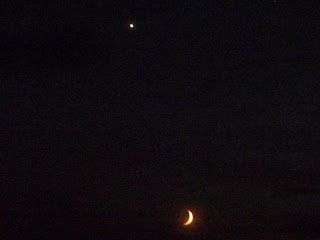 The next day we took off for our anniversary weekend WITHOUT the precious children :)
Posted by mirandagail at 8:02 PM