For a practically free anniversary weekend:

Let one set of parents use their hotel points to get you a room.
Use your memberships that another set of parents bought you to an amusement park
Use a gift card from your sister to eat dinner

We had a sketch artist draw us to commemorate our 10th anniversary..... 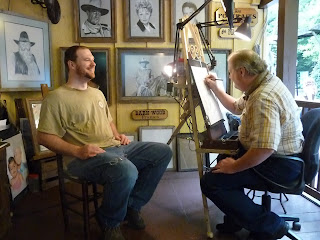 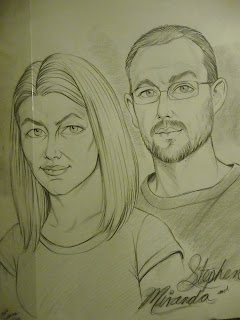 I think he was trying TOO hard to flatter us. I think I look like I lost 30 pound and I have a big-eyed alien inhabiting my body. The only thing is, I actually HAVE been this thin before, but my face is ALWAYS round. It's called bone structure. Not really sure what this guy was smoking. This is in fact what Stephen looked like in college, except his hairline came down further and and his hair has NEVER been straight. Only problem is...he's not in college anymore and I'm not 30 pounds lighter anymore and we wanted a picture (oddly enough) of what we look like now.

We're presently trying to decide what to do with this waste of money :)

Stephen did that hammer thing where you use a huge hammer to hit a thing and if it goes to the top you win. And he won me this :) ( Yes, I am a closet UT fan....oddly enough at my church, which is located in Tennessee, UT is NOT widely adored...I know, weird) 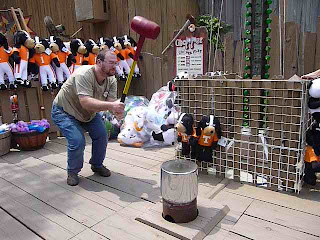 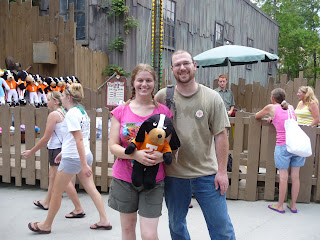 And of course there was this watermelon margarita... yum!!! 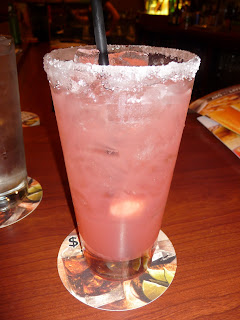 Posted by mirandagail at 5:22 PM