Boot Camp Clyde was deserted this morning, with only two senior officers and one lone soldier waiting impatiently.

Pretty soon the soldiers started rolling in, all dressed in camoflage.  They just went nuts  playing with one another for quite awhile, before we rounded them up for the obstacle course.

It went like this:
Each team will have five objectives, as soon as a team finishes one objective, they may proceed to the next and complete all five.  They do not have to wait on the other team.

We divided them into 2 teams, but since we had an odd number, we just guessed that McKellan was as strong as 2 boys, since he kept telling us he was.  And guess what?  He was.  Clyde, Drew and Logan were on one team, McKellan and Will were on the other. 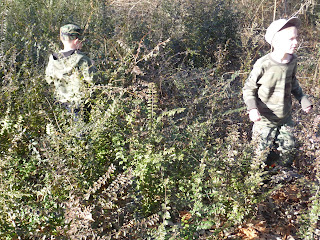 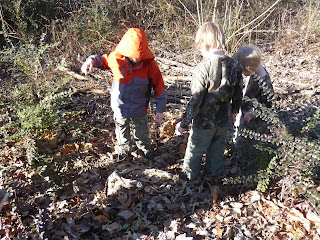 objective 2 - race to side of barracks where you will pick up a marshmallow blow gun and each team will shoot down 4 cans, each team member must shoot down at least one 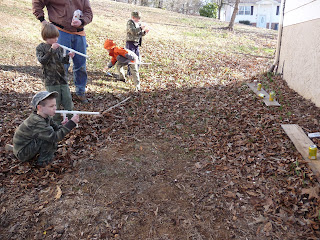 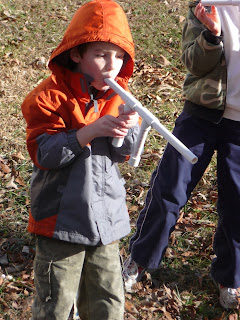 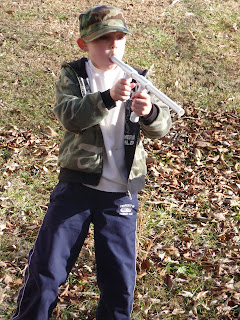 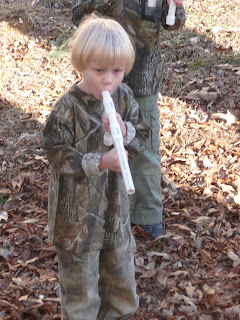 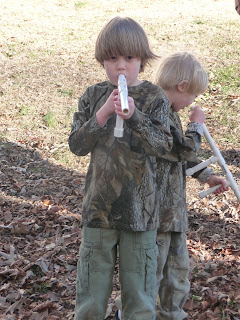 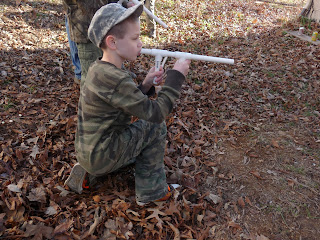 objective 3 - race to front of barracks where you will find planks and landscape bricks.  your team will work together to pick up and carry one plank and two bricks across yard and driveway where you will build a balance beam together 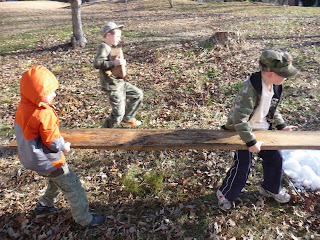 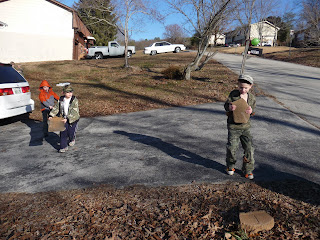 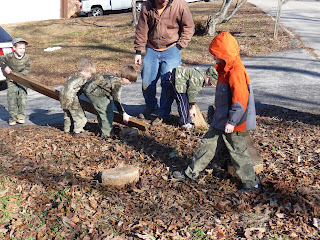 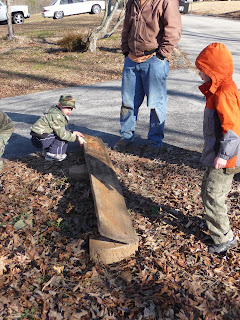 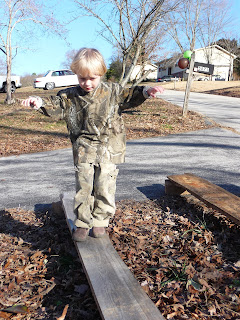 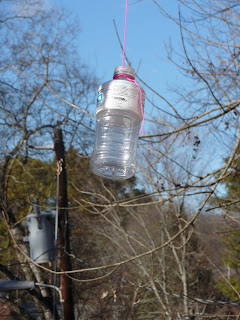 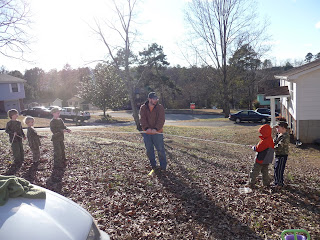 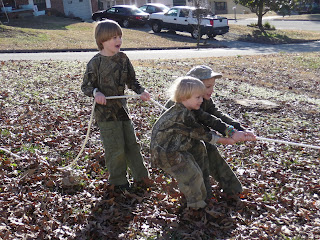 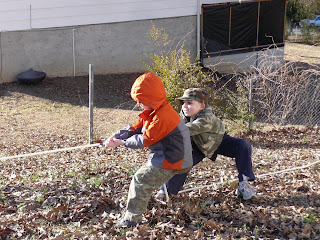 Then they played tug-of-war against Stephen....course he let them win :) 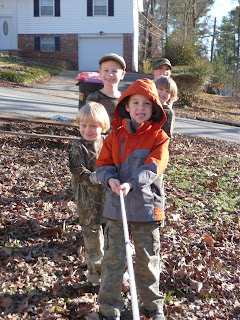 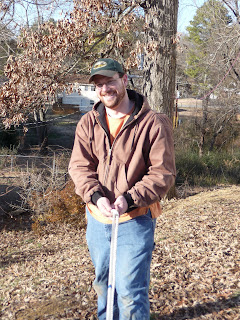 then they got Hero medals for their mad skilz... 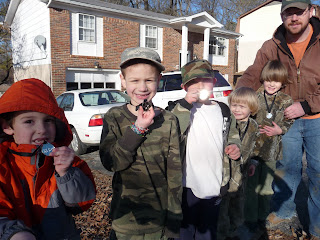 Later we had cake and barbecue and we opened presents. 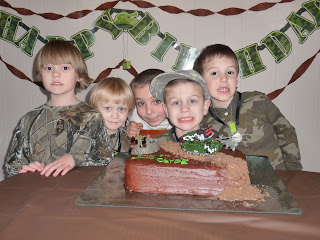 During dinner Will explained to us in a baffled voice that you are not supposed to call your teacher 'stupidhead'.  He was definitely our dinner entertainment.  He kept the boys rolling with laughter with his stories and science information. 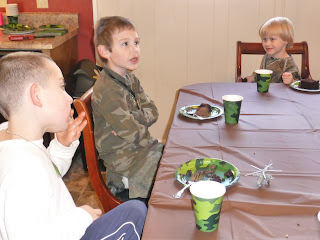 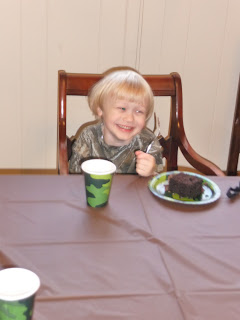 McKellan hugged Stephen spontaneously and said, "It's been so long since I had a good play date!"

Will took this picture. 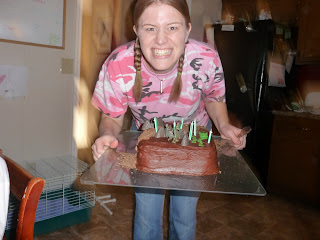 McKellan took this one. 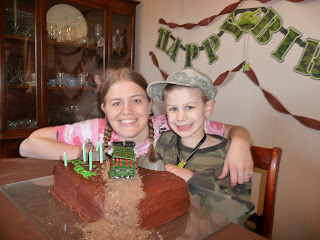 Then they went outside to build a fire and roast marshmallows...didn't get a picture, cause by this point I wimped out and went inside.

Drew and Logan hugged me back when I gave them night kisses and told me,"I love you, too." 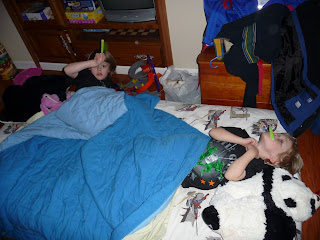 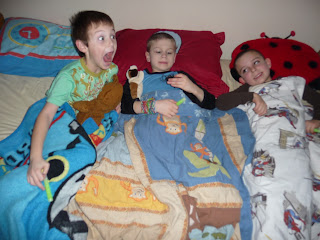 More fun quotes from the evening:

Will- "As a police officer director of McKellan, I have come to tell you something" (This after he got out of bed...I'm still not sure if he was using McKellan as an excuse or if McKellan really sent him to do his dirty work ;)

Conversation between us and McKellan after bedtime,
Me- 'Is your throat feeling better now, kiddo'
McKellan- 'kiddo'
Me- 'Yeah, I always liked it when people called me kiddo'
McKellan- 'I don't like it'
Me- 'well then I'll just call you McKellan'
Stephen- 'when I was little they called me Stephen'
McKellan- 'did you ever get used to it?'
Us- hysterical laughing
McKellan- very serious face looking at us like we've lost our collective minds

We have had a hysterical night.  Thank you ladies for letting us borrow your sweet boys!!!
Posted by mirandagail at 6:55 PM