Ever since I was a little girl, my Dad has played trombone in the American Legion Band for their dances on the first Saturday of every month.  Bet you can't tell which t-bone player is my Dad ;) 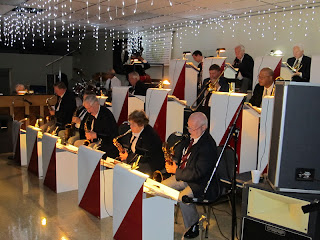 Here he is playing a LOVELY solo!! 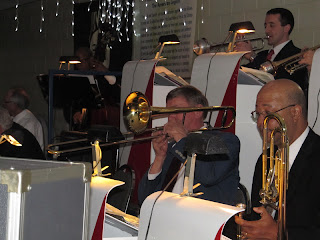 I used to rarely miss one.  But, since I've been married, we've only gone a few times and I really miss going!  We've taken the kids before, but only Lucy and Clyde really remembered.  Lucy was THRILLED when we told her we would be going last Saturday.  I even let her wear her Easter dress.

Clyde enjoyed the music and could even name a few songs, since he has a couple of big band records.  But he was NOT interested in dancing.  Stephen, ever the lesson giver, told Clyde that he has a life ahead of him in which he will always have to do things he doesn't want to do, but that he needs to get used to doing things for the women in his life.  So the requirement was that Clyde had to dance at least one dance.  He could pick me or one of his sisters and he could pick the kind of song.  He chose to dance a waltz with his Momma, and boy did he concentrate on counting to 3!!! 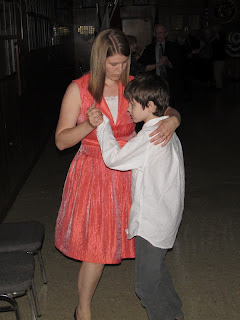 Iris and Lucy adored dancing with their father.  They really wanted to dance with Clyde, but when no other partner was to be found, they would settle for Sherry and I.  Lucy really picked it up quickly.  She learned the swing and the fox-trot.  Iris tried the steps for awhile, but eventually just broke into her own free-style dance ;) 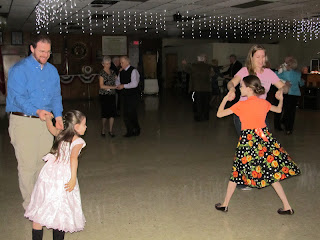 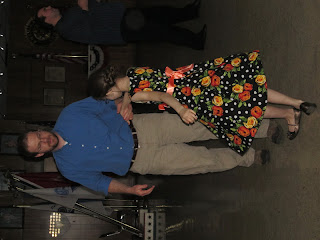 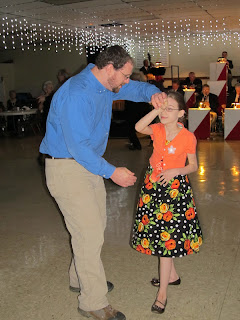 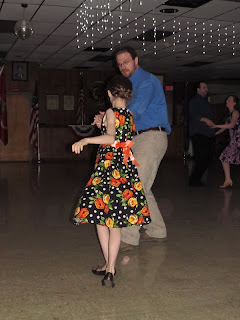 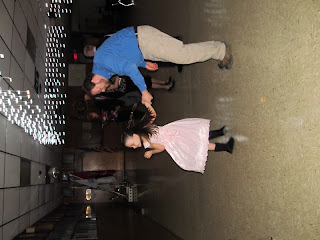 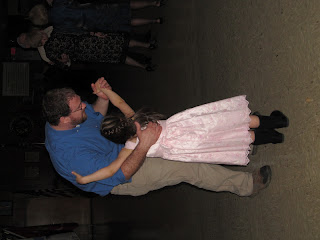 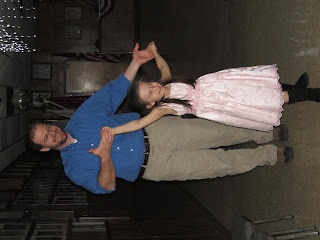 They were excited for the band to take a break though, because that's when they got to see Grandad.  Clyde comparing  his height to that of Grandmom...I do believe he cheated right as I snapped the picture and raised his heels a bit! 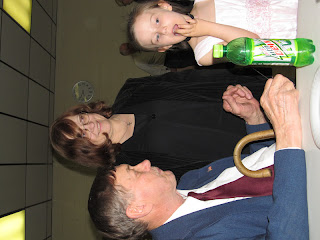 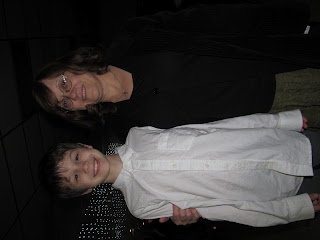 Oh, and here's a picture of Stephen and I dancing....courtesy of Iris :) 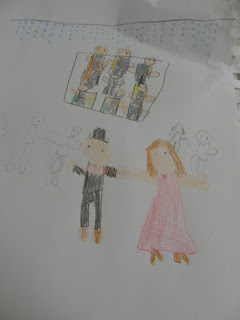 Posted by mirandagail at 7:15 PM