Ne-na recently took us to the zoo (and got us family passes).  The kids had MUCH fun.

Our local zoo is quite small, but much improved on what it used to be....and always changing.

The kids enjoying the new tortoises. 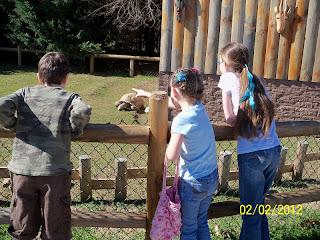 Lucy & the jaguar.  For a while they had the same one that was there when I was a girl (I was rather obsessed with it), but it recently died, so now there are two new ones. 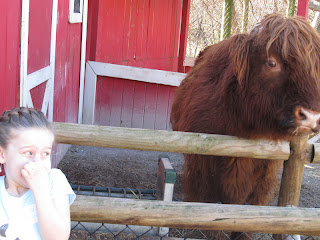 Lucy talking to the goat as she brushes it. 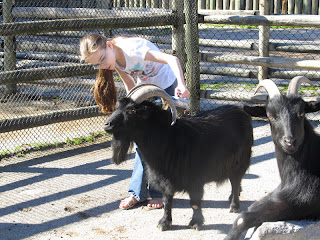 Clyde being a chimp.

Clyde with a real chimp.  No tears!!  This was big since he has been mourning the loss of the zoo's most famous chimp since last January.  We had not been to the zoo since he died, because Clyde didn't seem like he could handle it.  (He covered all the pictures of chimps in his animal books, so he wouldn't be upset when he saw them.) 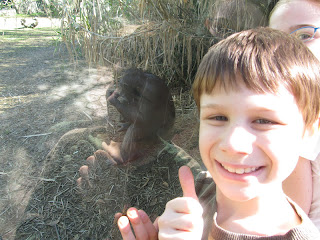 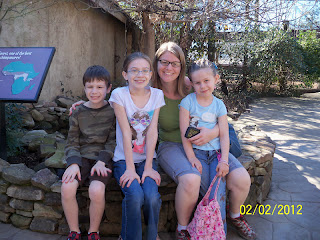 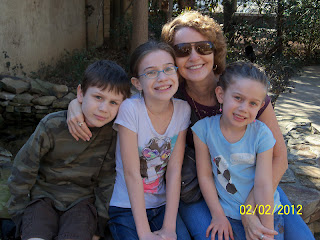 Clyde picked the tiger on the merry-go-round. 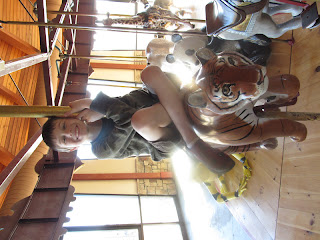 Then we went across the walking bridge.  Iris likes to climb the rails and then slide down. 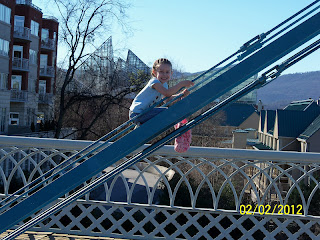 Lucy walking with Ne-na and Sherry with the cirrus clouds in the background :) 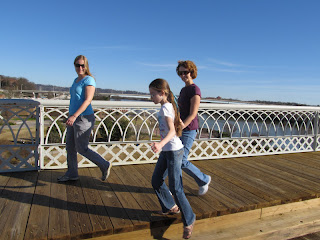 A sweet ending at Sweet Cici's! 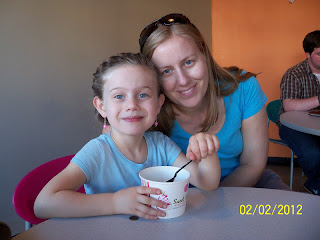