In A Galaxy Far, Far Away

So, our young padawans have, lately, become a wee bit obsessed with Star Wars.  One in particular (and it may surprise you to know which one, but it will be revealed in the pics.)

We have watched episodes I - V (mommy edited versions....if you want a typed copy of when to stop, fast forward or mute for any episode, let me know).  They are in GREAT anticipation waiting for episode VI!  We probably watch an episode per week, so the last month and a half has looked like this... 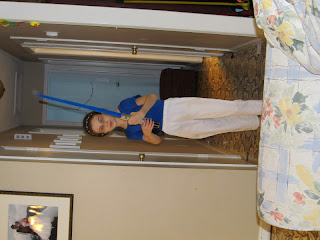 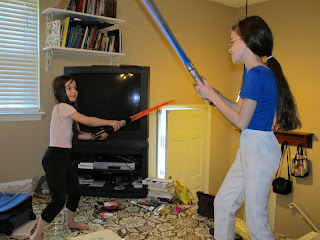 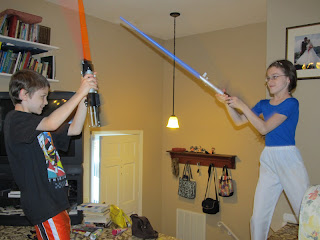 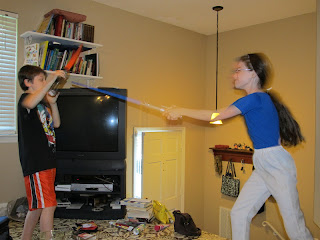 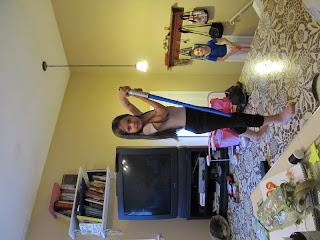 The three have decided they are padawans and they've been studying the Star Wars Encyclopedia to learn the different moves one is to know to fight with a light saber correctly.  Notice how when they get a hand cut off they tuck one arm behind their back :)  Good sports! 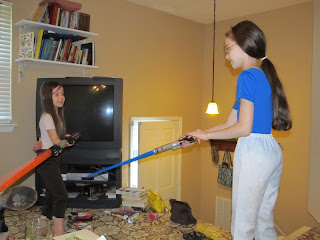 Lucy drew herself as Padme on the driveway.  She was unhappy that she didn't get to finish. 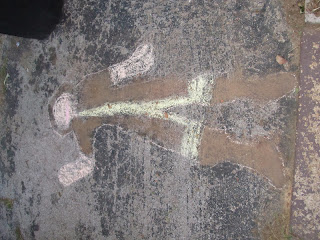 Lucy dressed as Padme on Tattooine.. (I thought she did quite nicely having to use only what she could find in Clyde's dress up clothes.) 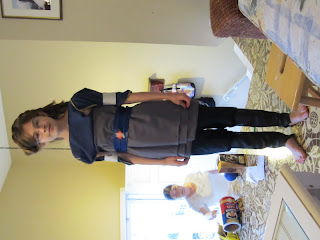 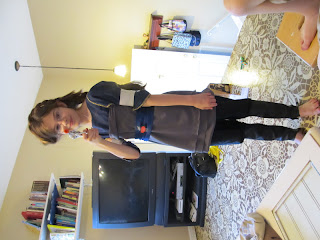 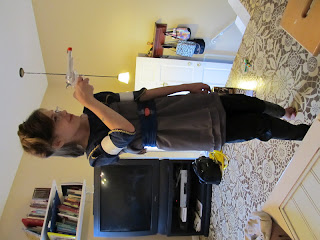 Finally, she improvised with what doll clothes she could find and dressed Felicity as Leia and Lissie as Padme.  Notice Padme's gun tucked into her belt.  They would so get on to me for calling that thing a gun and not its proper name! :) 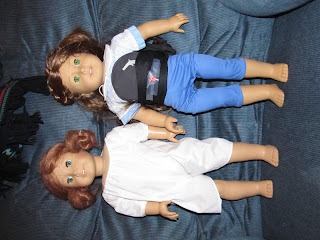 Clyde's been quite obsessed as well, but I didn't get as many pics of him, since his obsession shows in through the amount of time his nose has spent in the Star Wars encyclopedia.  He's memorized all kinds of crazy facts about very obscure characters.
He says he endorses these two : 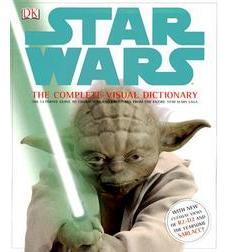 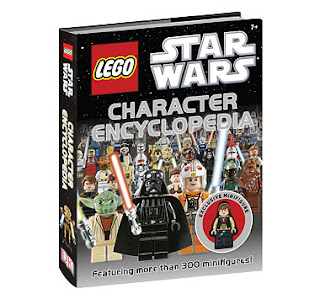 Also, learning to talk like Yoda, they have been.

May the force be with you!
Posted by mirandagail at 8:28 PM