Our weekend at Grandad and Grandmom's house got delayed due to sickness, but we tried to make up for it in fun!

The first evening Grandmom rented Cloudy with a Chance of Meatballs 2 for the kids to watch.
Here's Clydie looking all big brotherly, and Rissy looking all little-sisterish :) 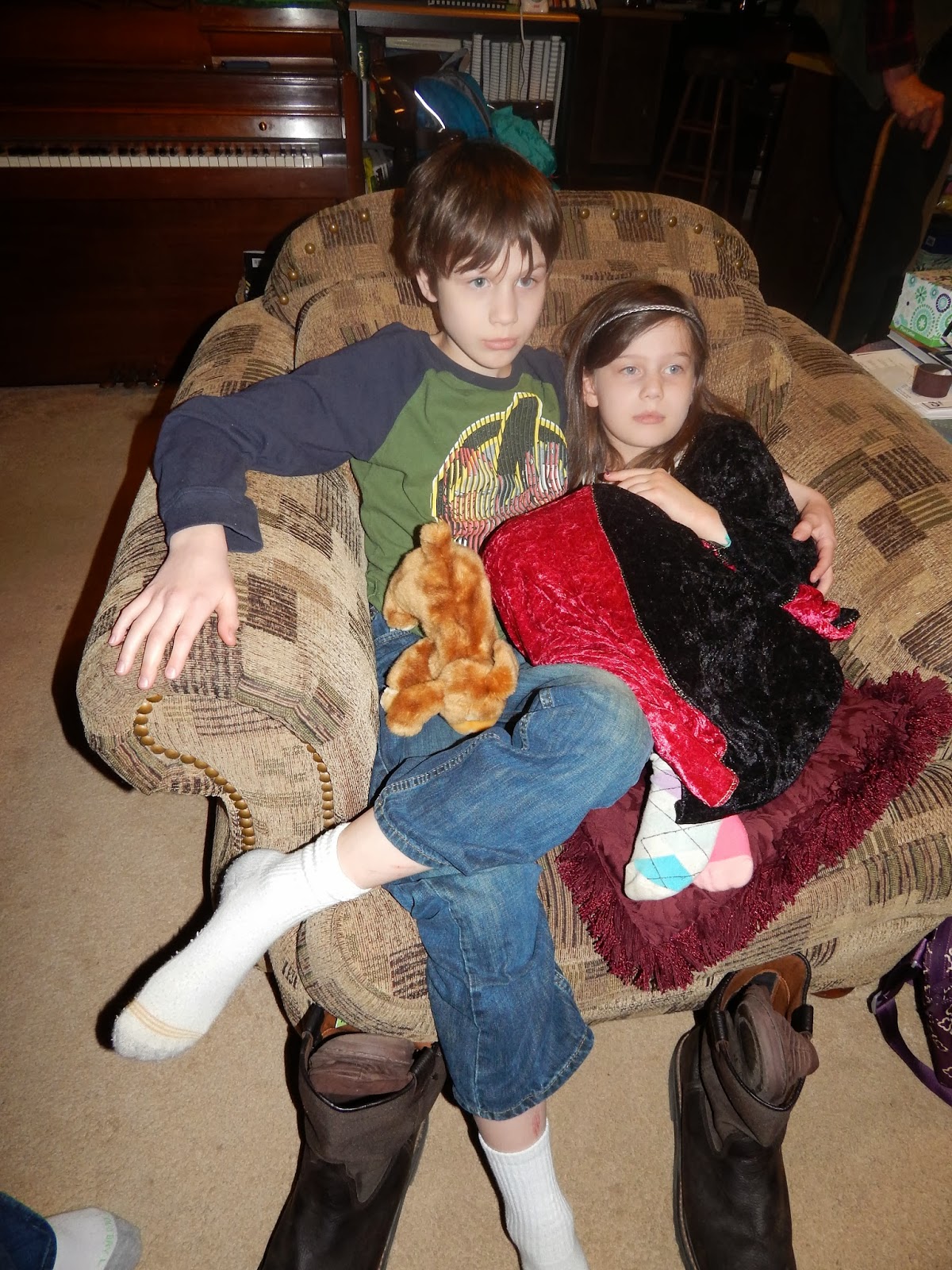 Lucy, chowing down with Sherry & David... 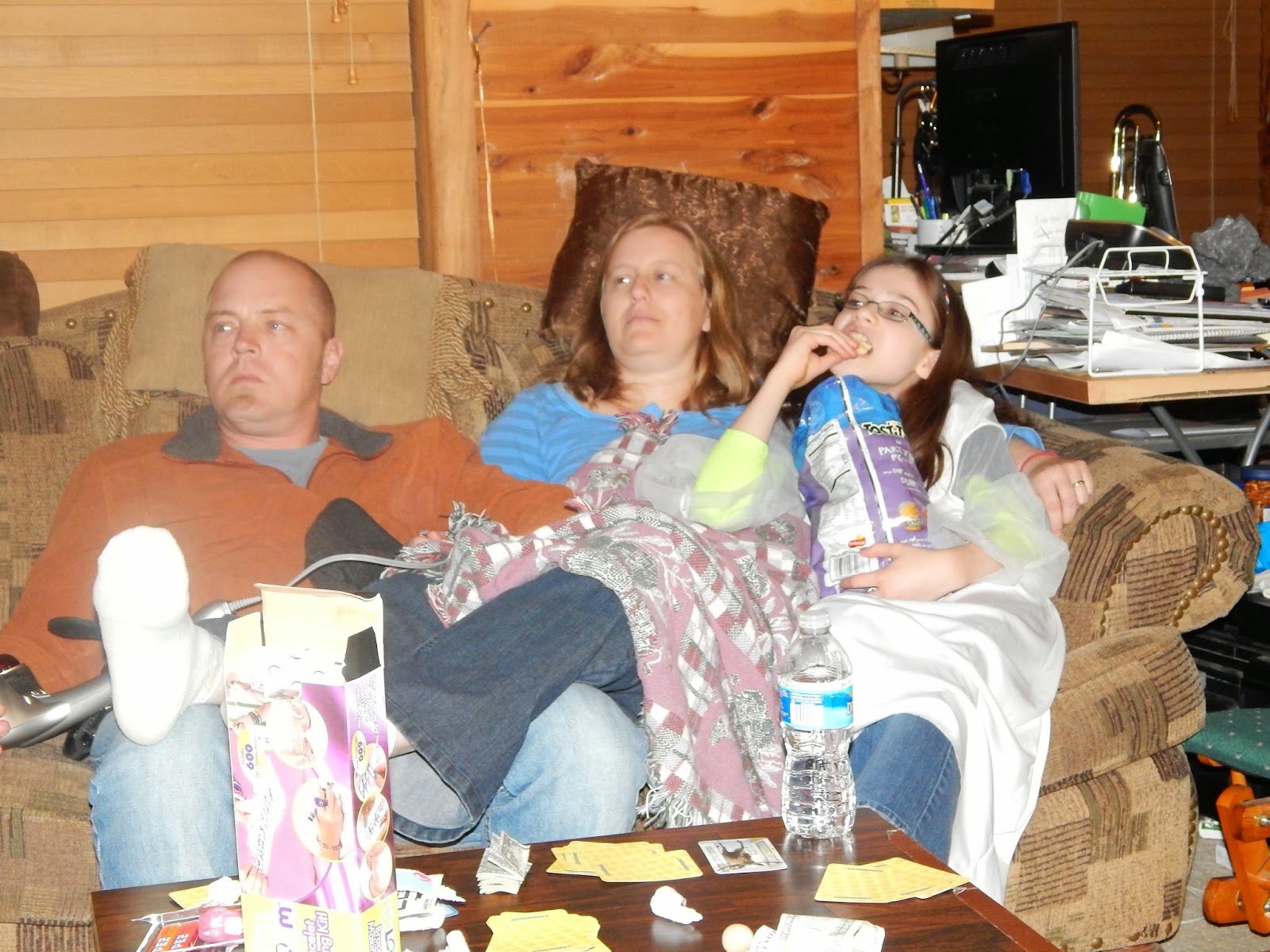 When Clyde is at Grandad's he gets to embrace his love of dogs!  He's rather fascinated with Sarah Beth.  And I love this picture, because Clydie has such a handsome profile ;) 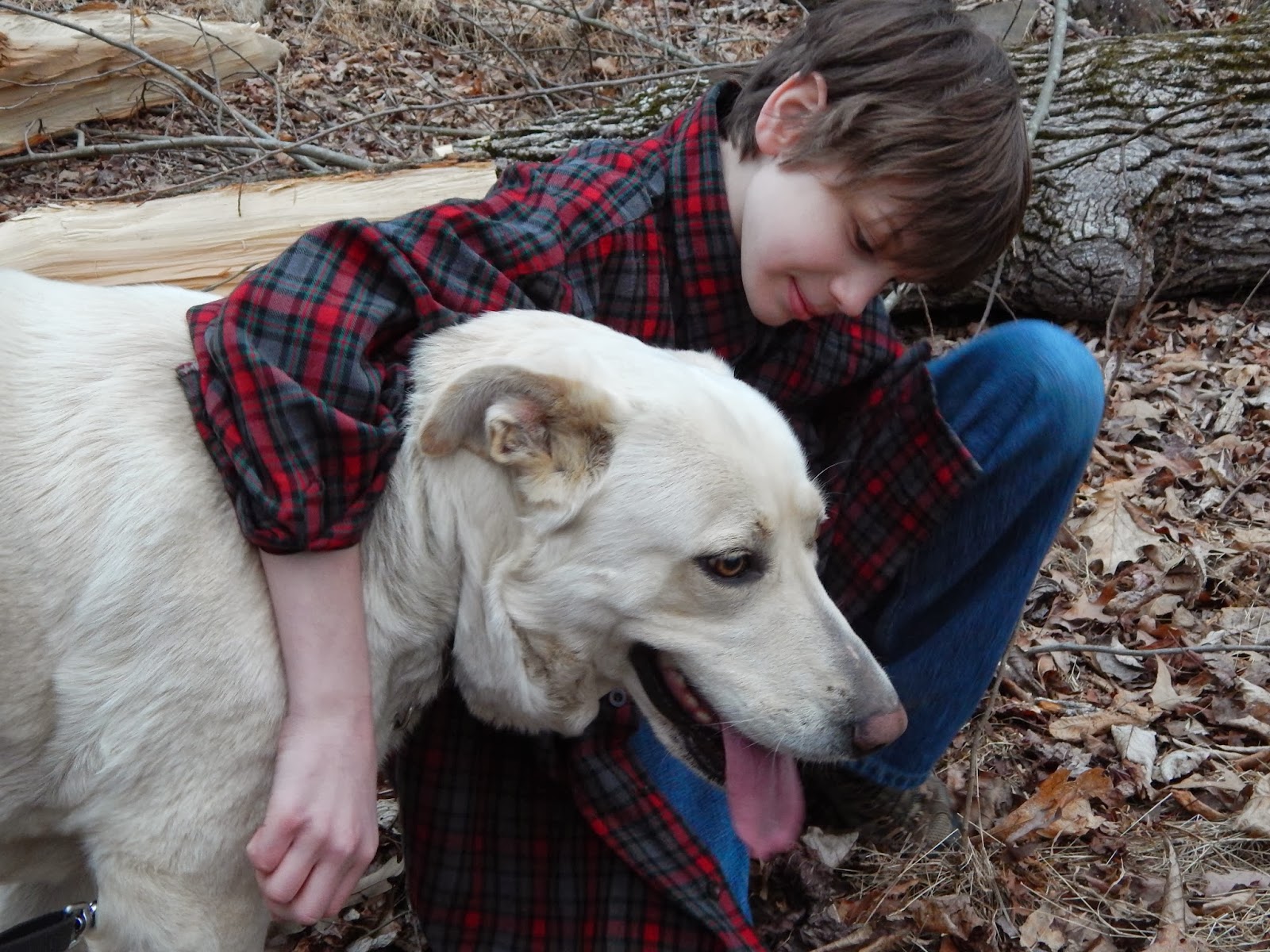 Clyde getting in some cat time, too... 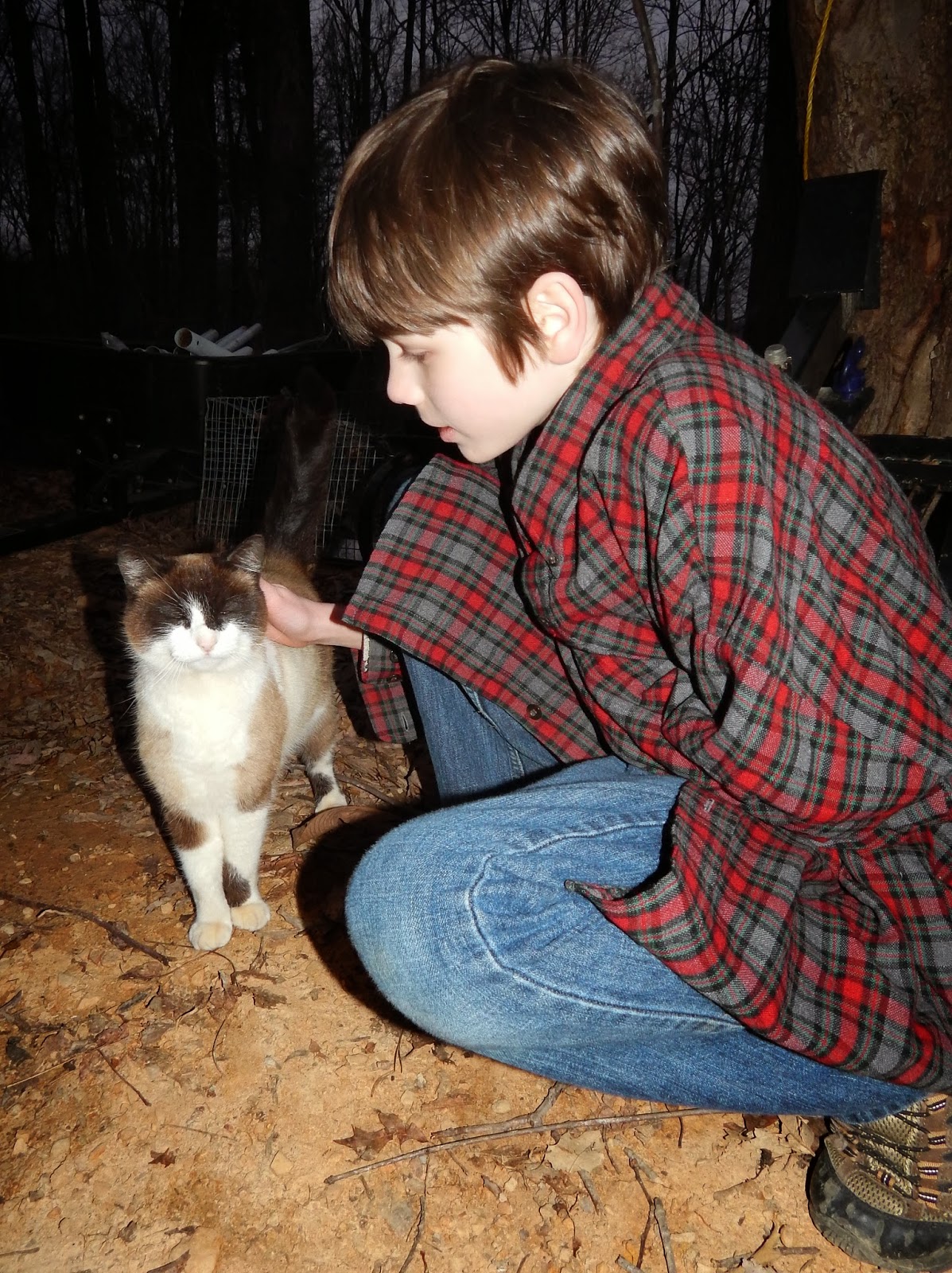 While Clyde's out getting his animal fix, the girls are inside with Grandmom blissfully cooking multiple batches of cupcakes! 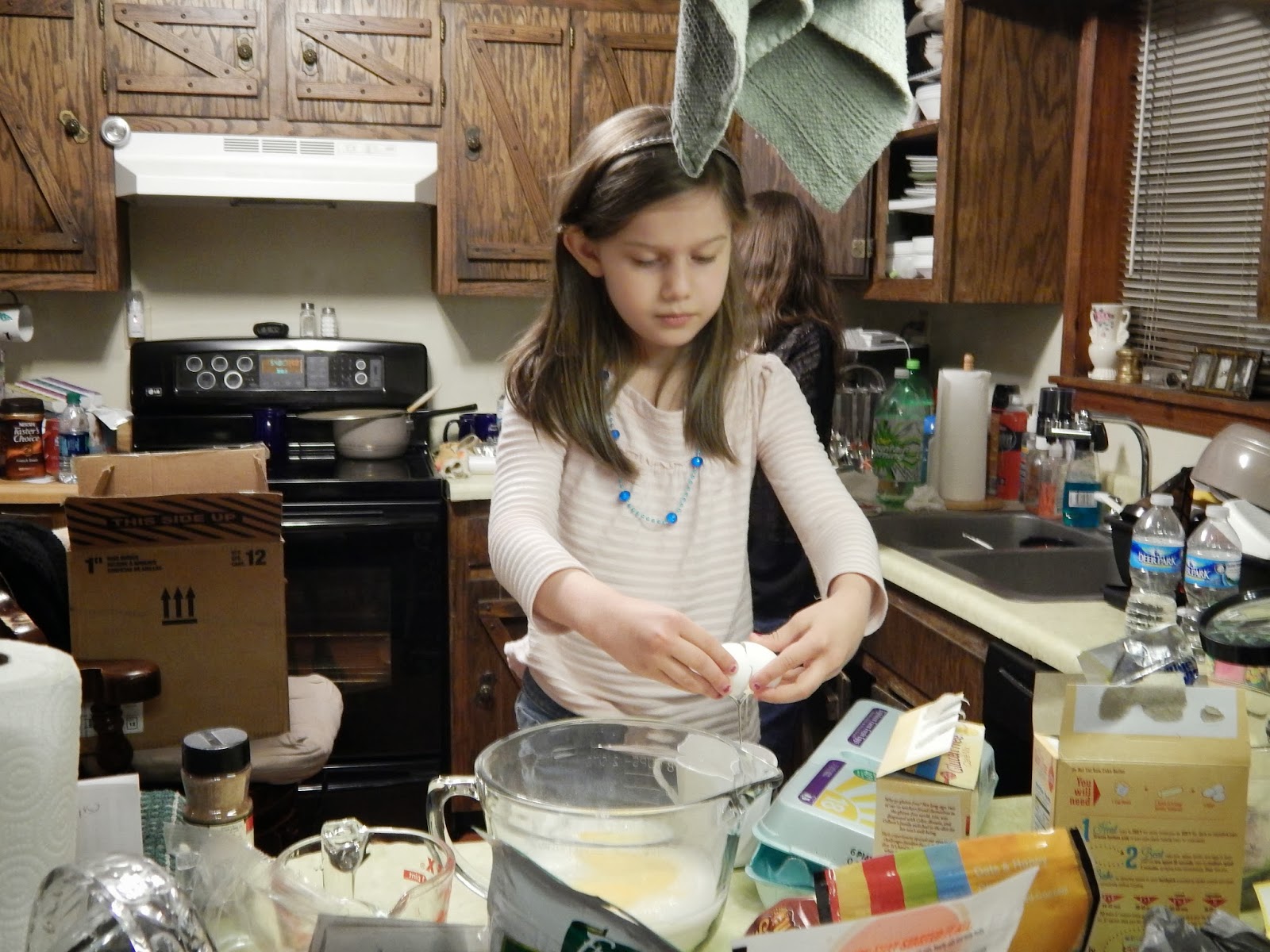 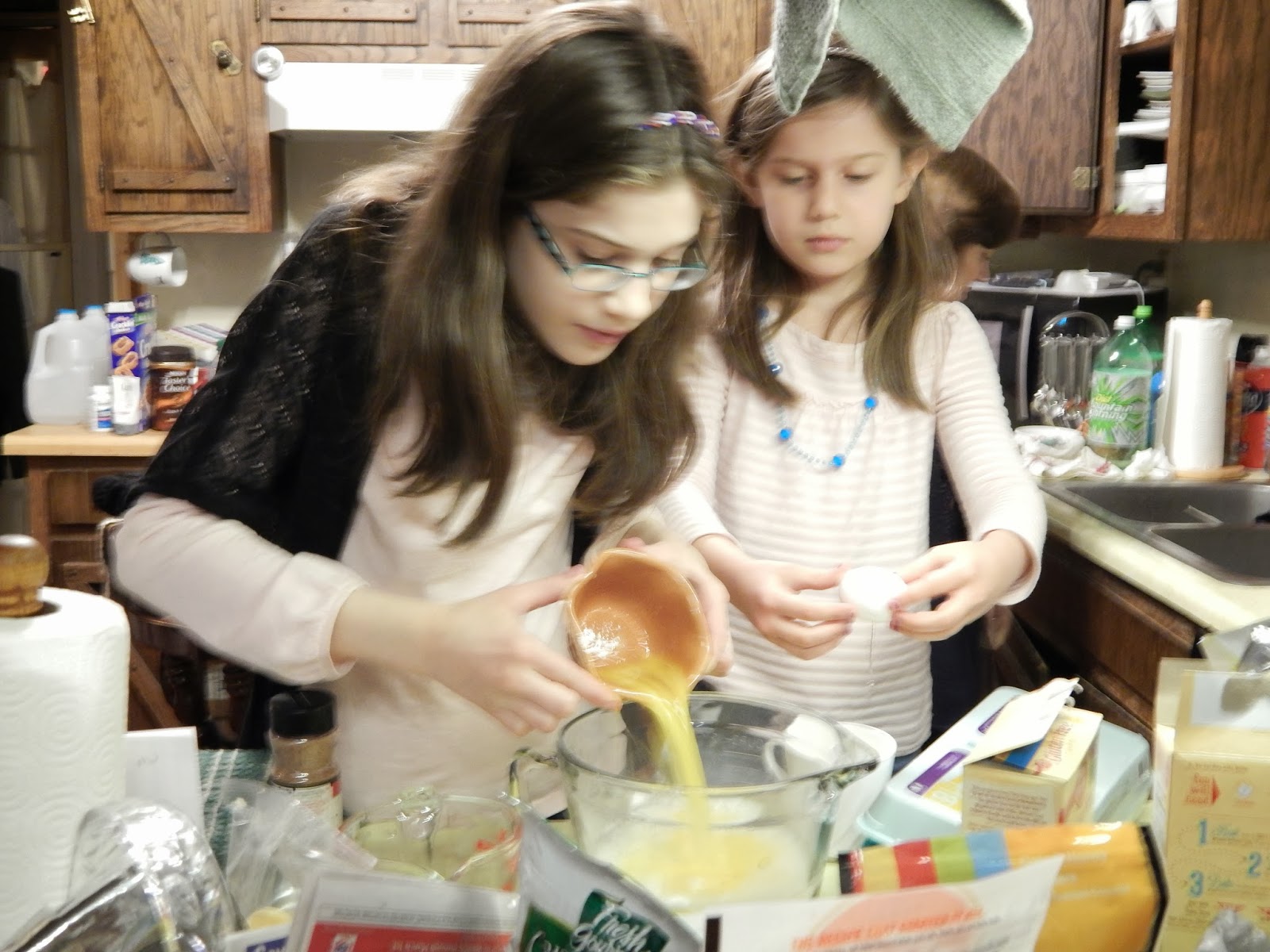 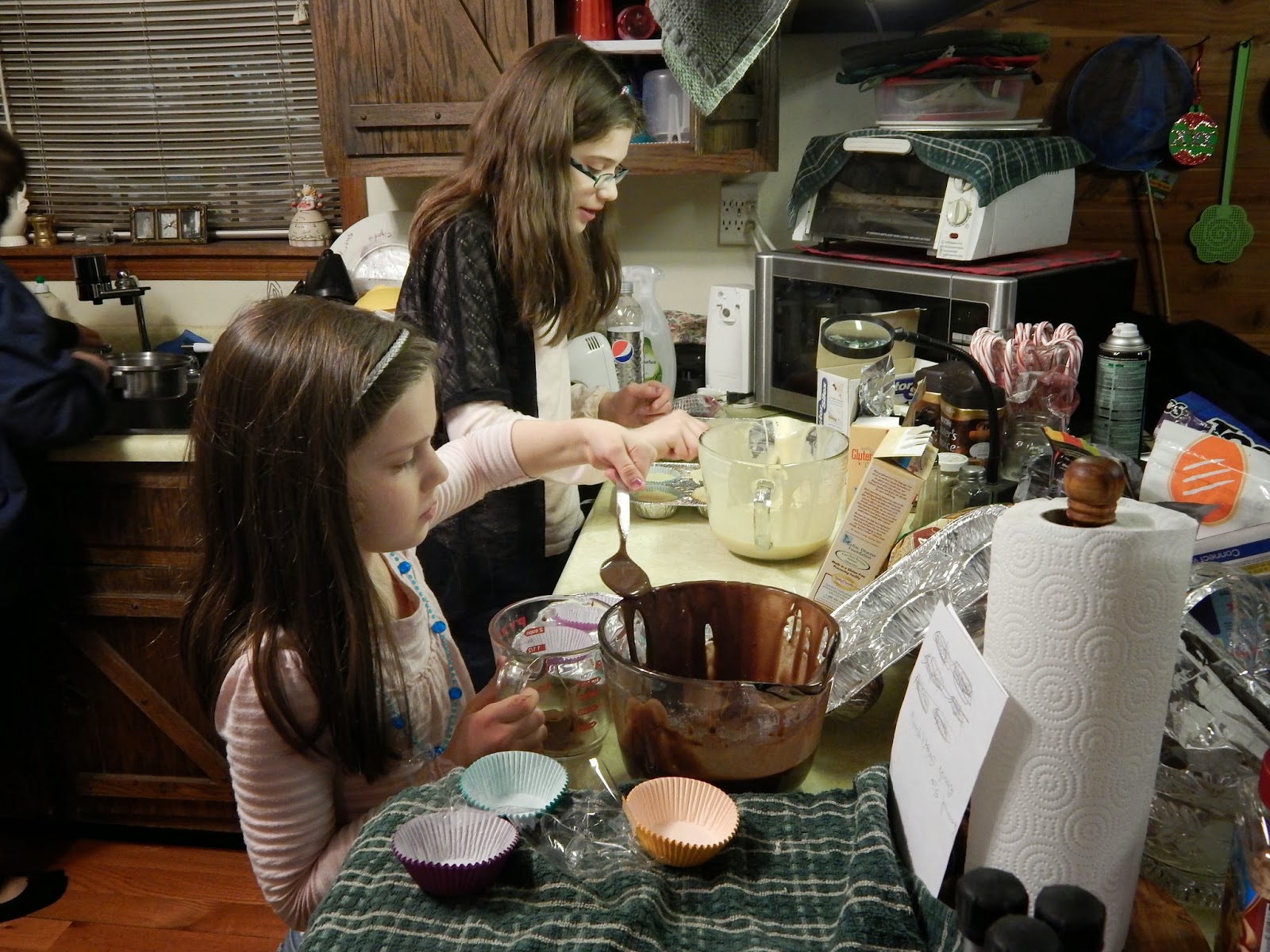 While the cupcakes were baking, Grandmom introduced the boys to a new game called Lasers.  It's a lot like Clyde's board game at home called Khet.  It's a strategy game involving lasers and mirrors.  Clyde started playing it, and then his Daddy became so interested, that he bought it and started playing it too. 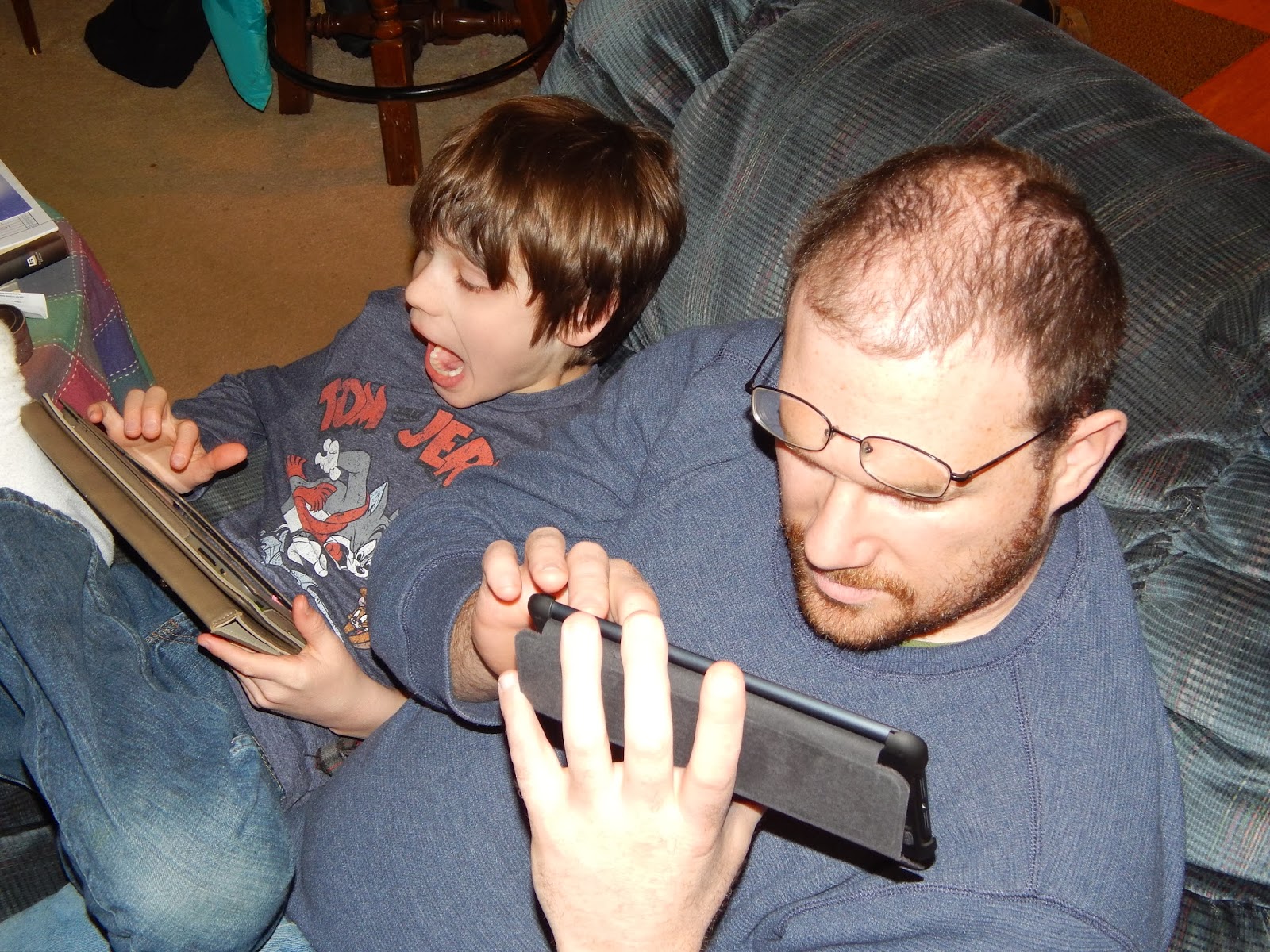 After a few minutes we all heard Clyde (who is never one to brag) say, "Daddy, since you like numbers and puzzles so much, I really thought you'd be good at this, but...."

We all started cracking up.  Clyde seemed genuinely embarrassed to find out he had just doled out an insult, but look at his face around the time he said it....  snarky ;) 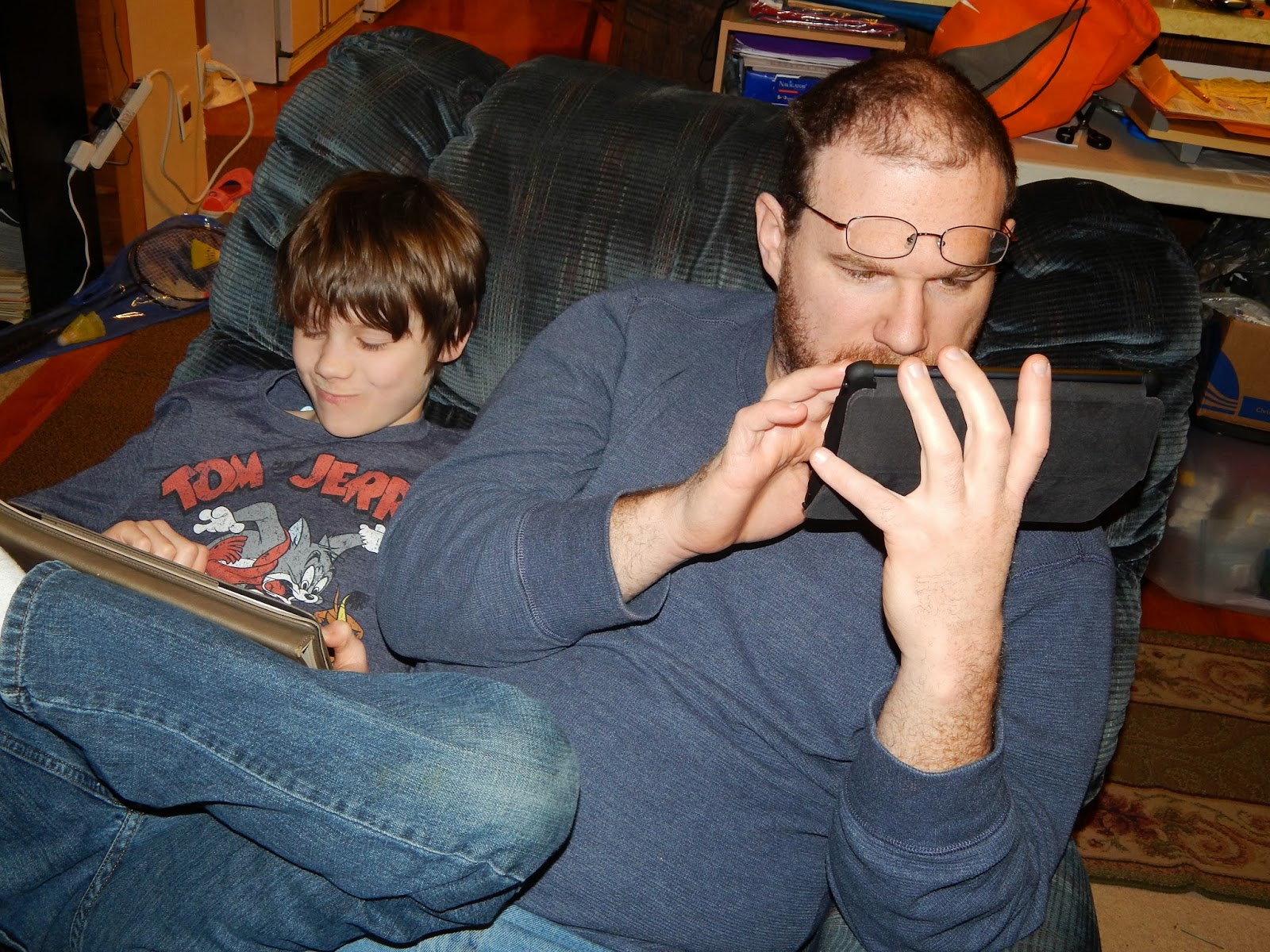 Then we ate cupcakes to do a kind of late birthday celebration for Clyde and Iris... 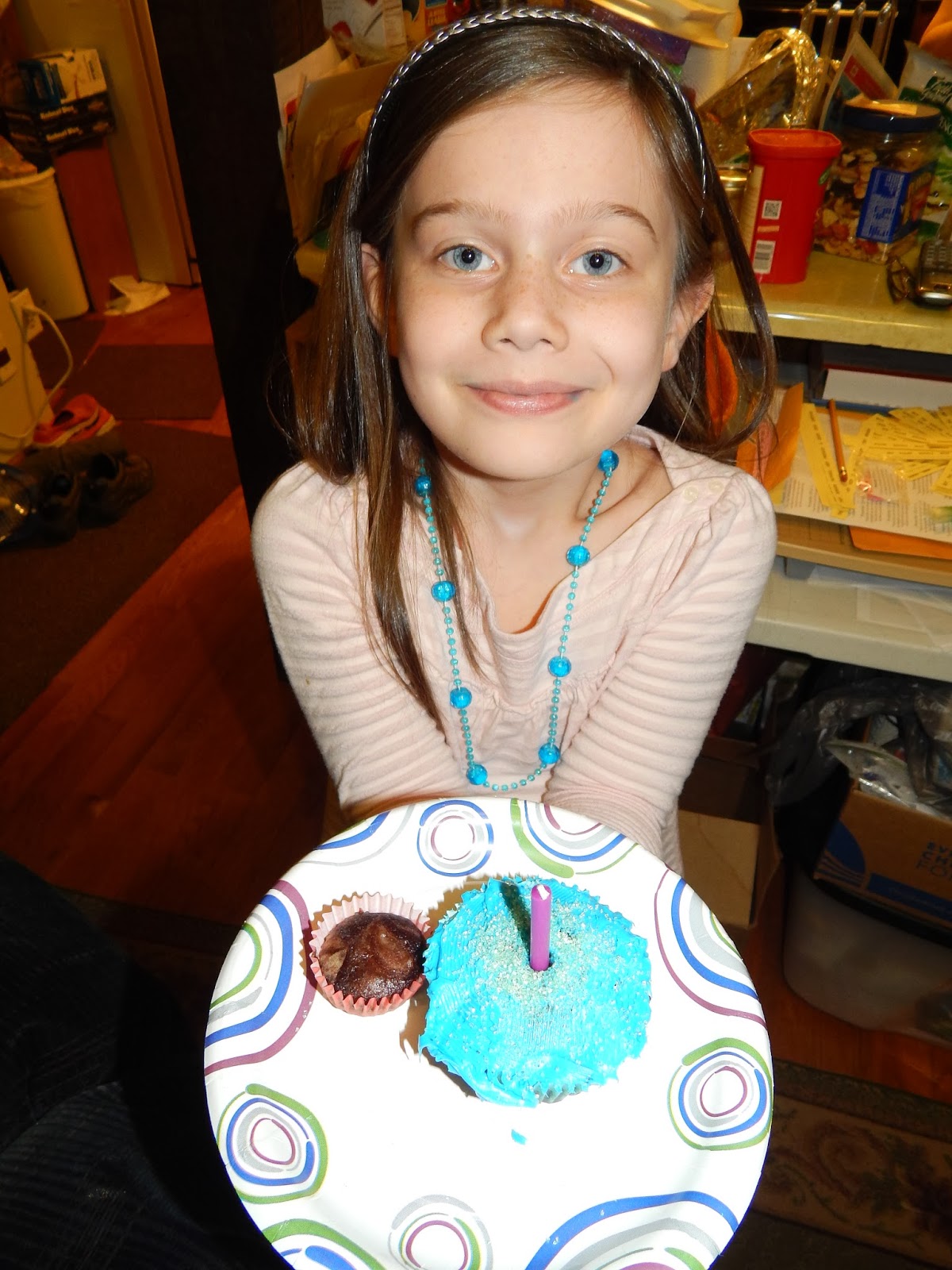 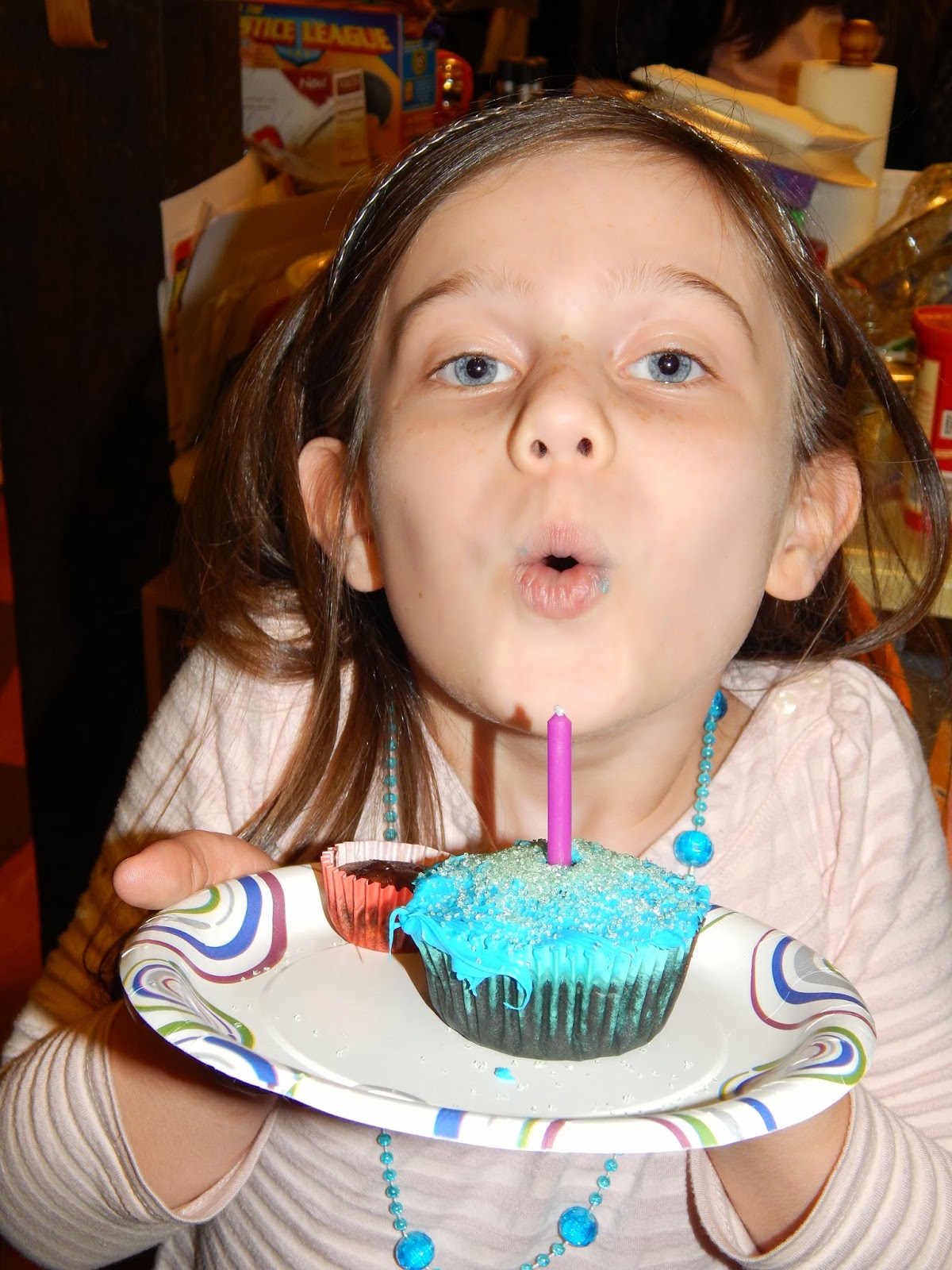 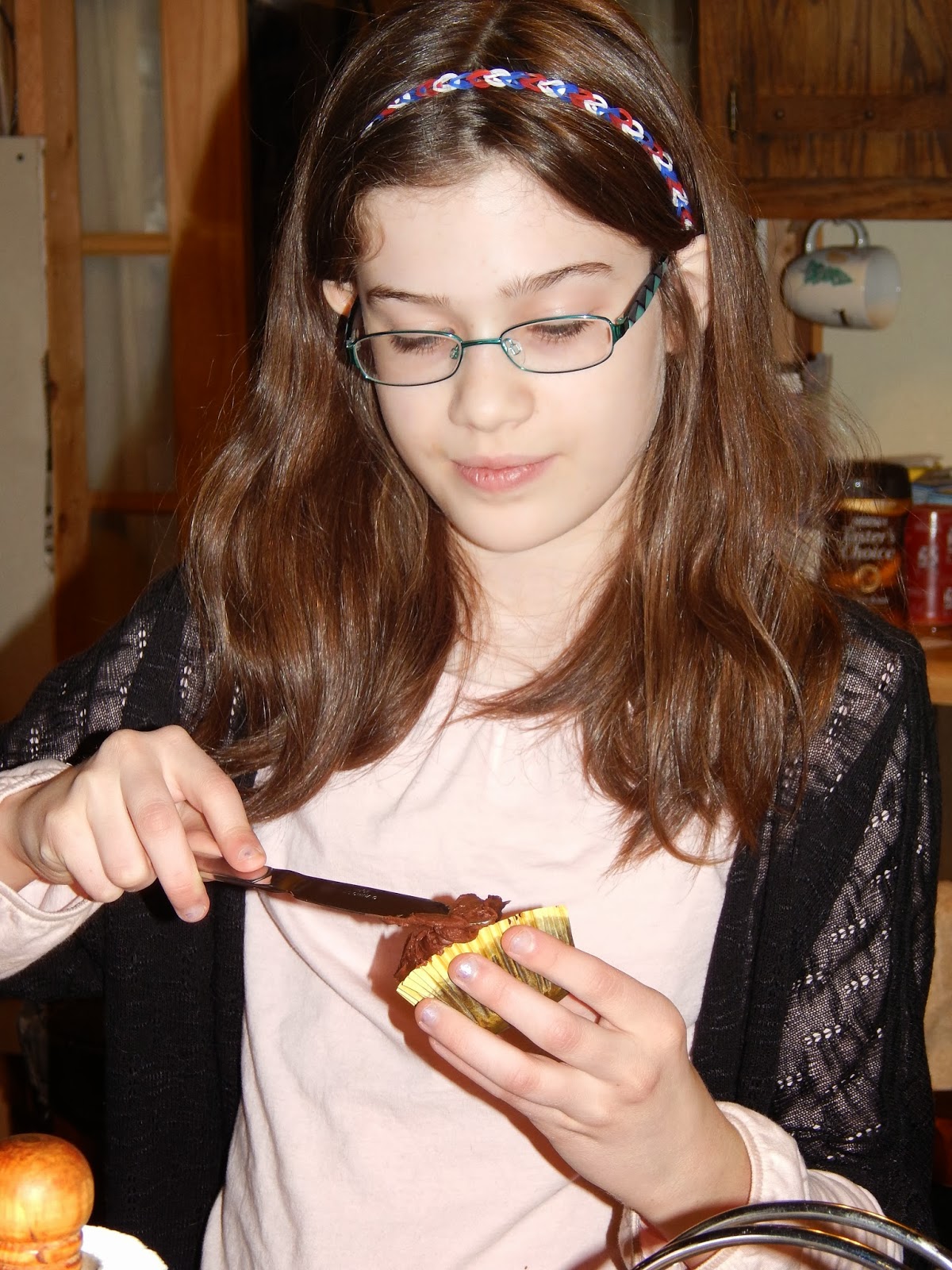 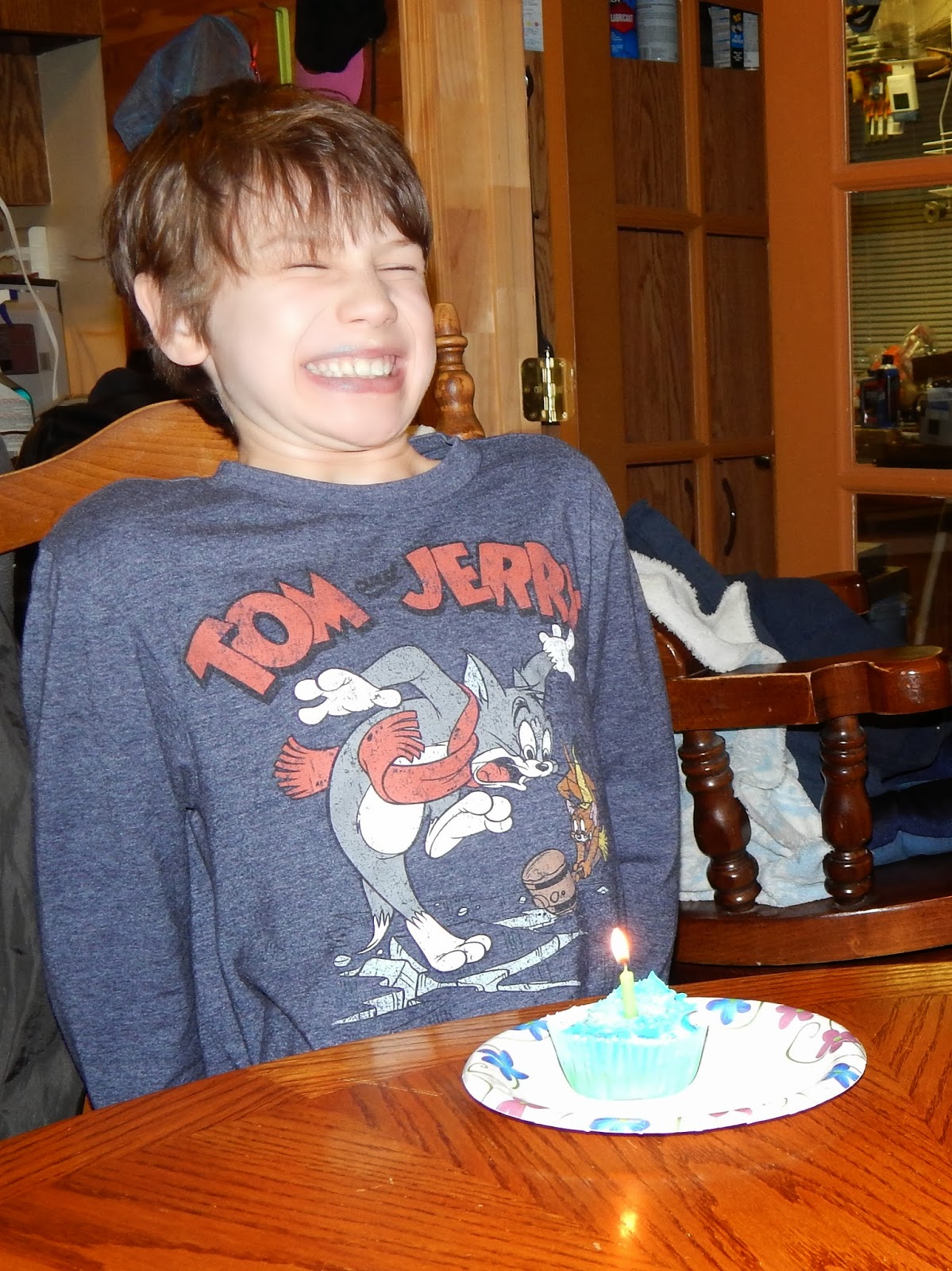 As always...good times and Grandad and Grandmom's!!
Posted by mirandagail at 1:25 PM