Here are the little girls playing comfortably together the evening we got to the hotel rooms. 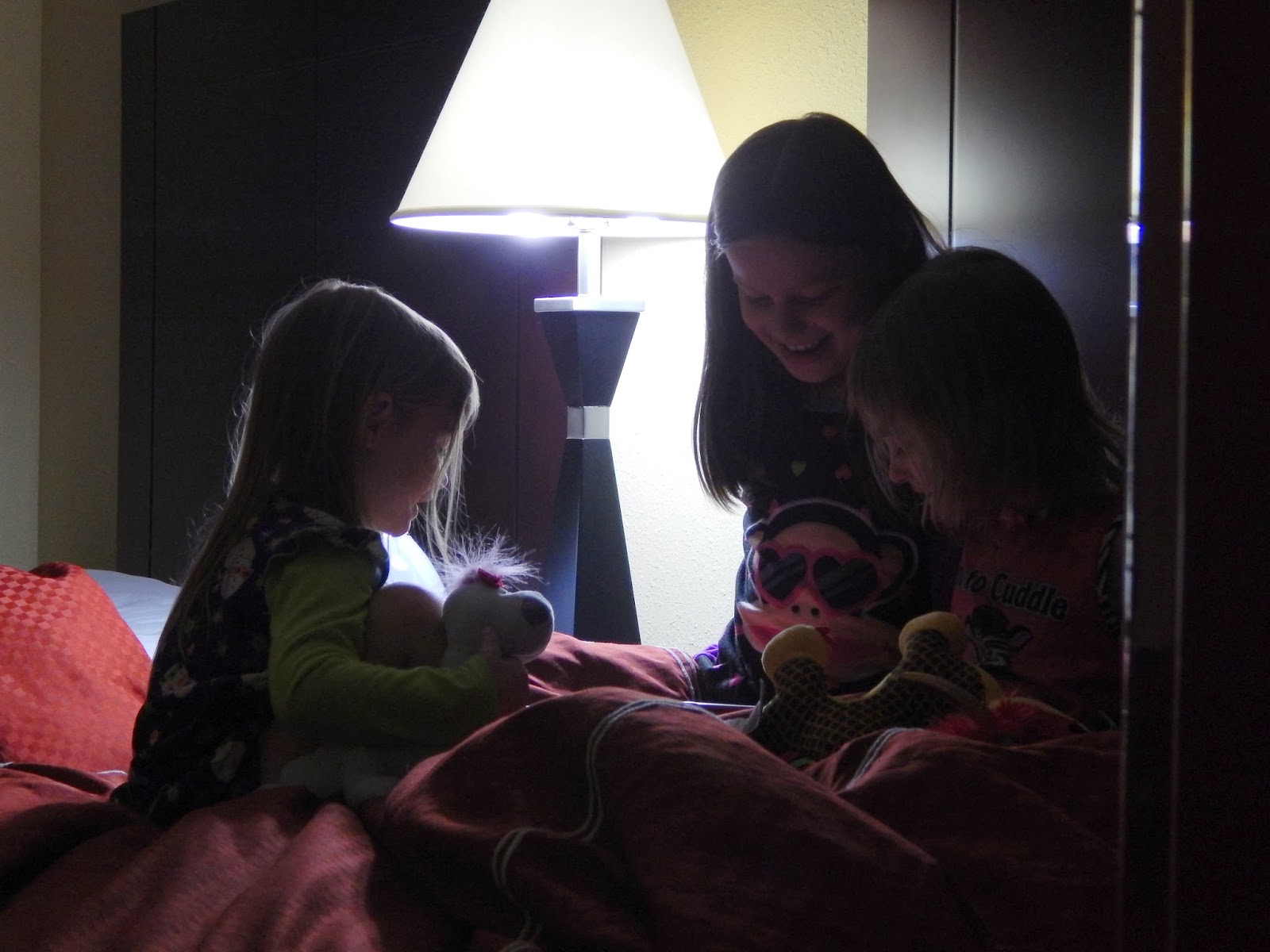 The first day the dads went they took the three oldest kids from our two families with them and dropped them off at the youth coder seminar.  Here's a picture of Lucy's new raspberry pi they gave her... 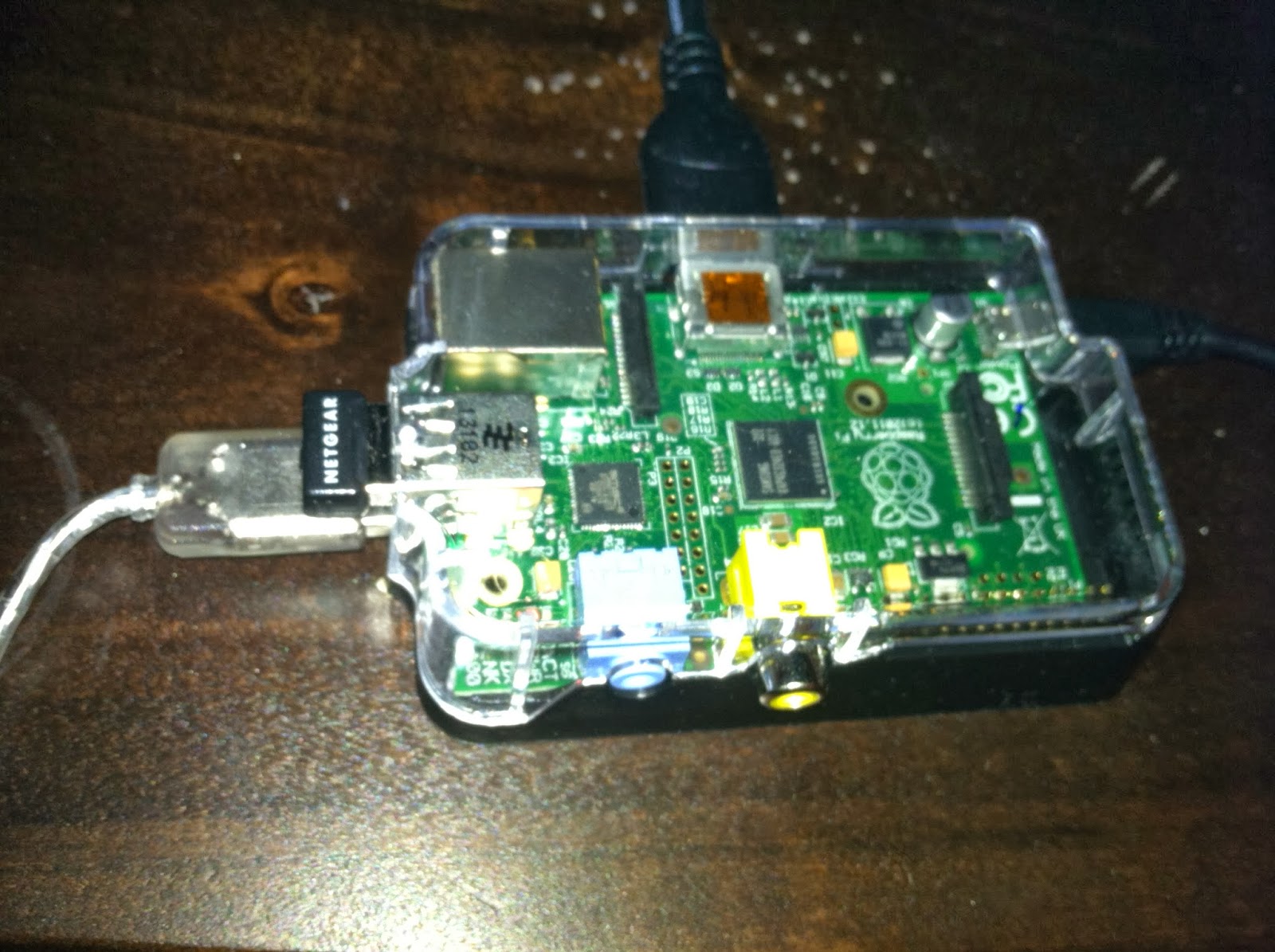 and here she is programming on it at the seminar.... 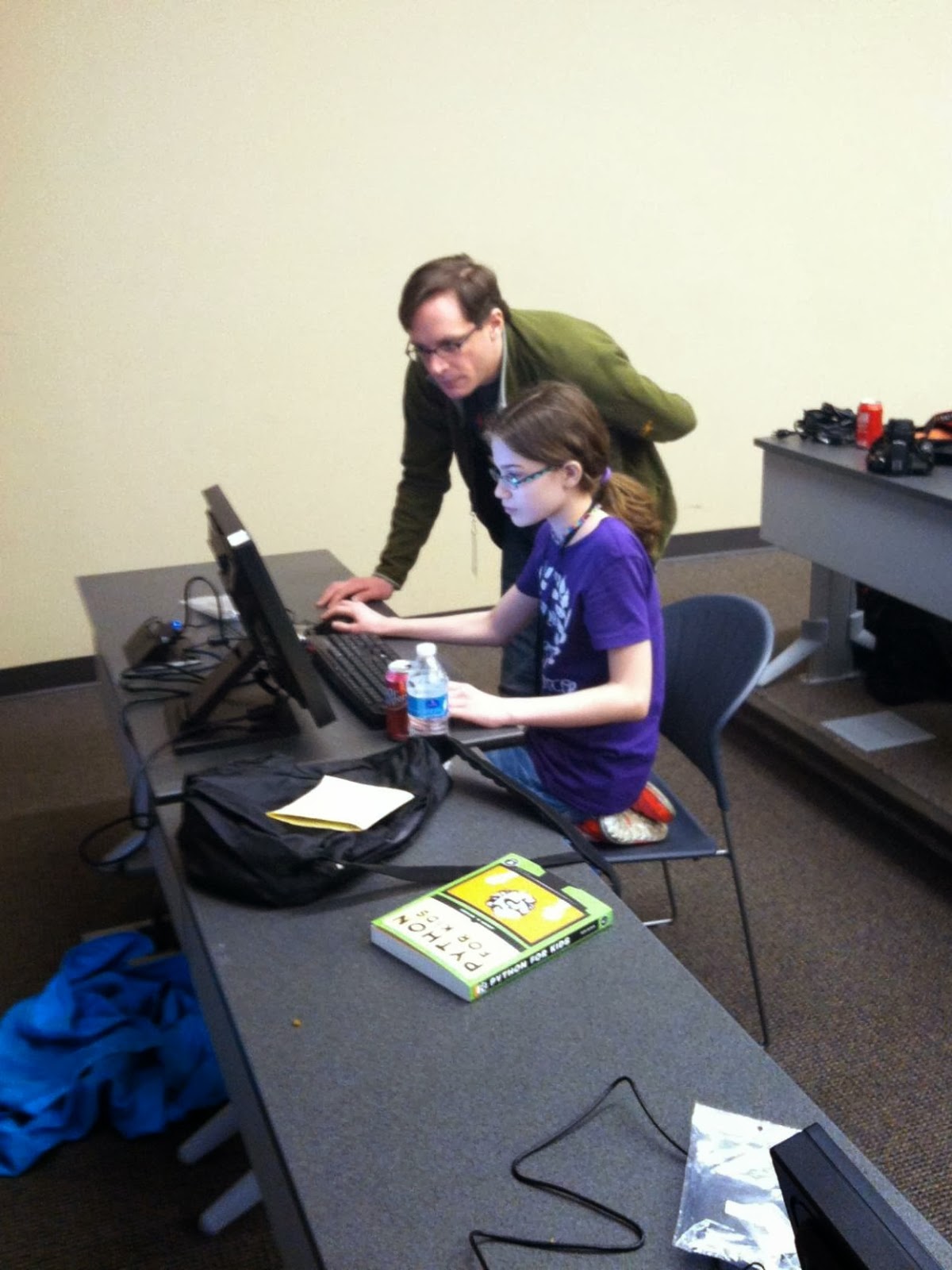 While she, Pierce, and Meg were doing that, Amy and myself took the littles to the zoo!

The pony got more than its fair share of attention :) 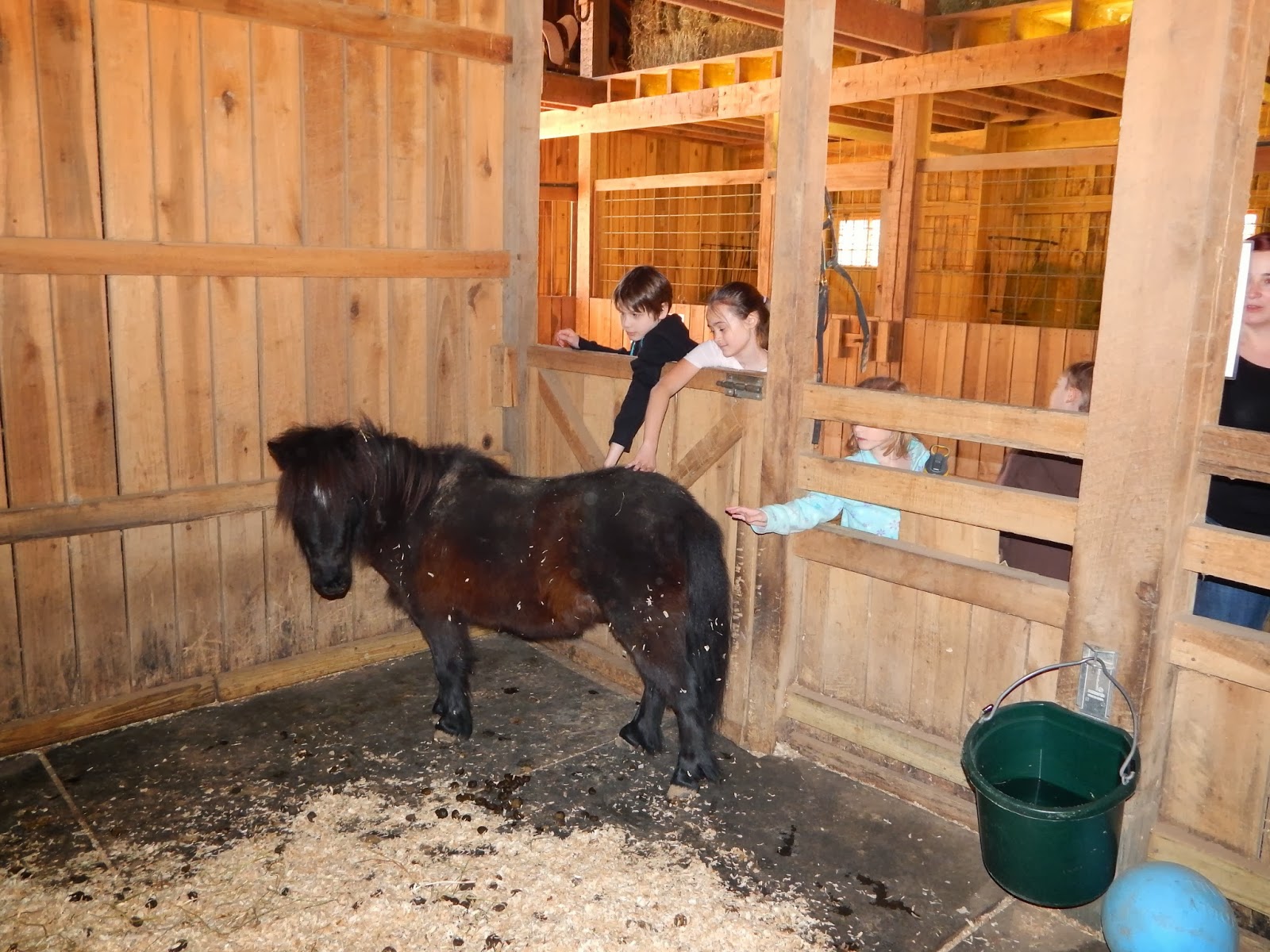 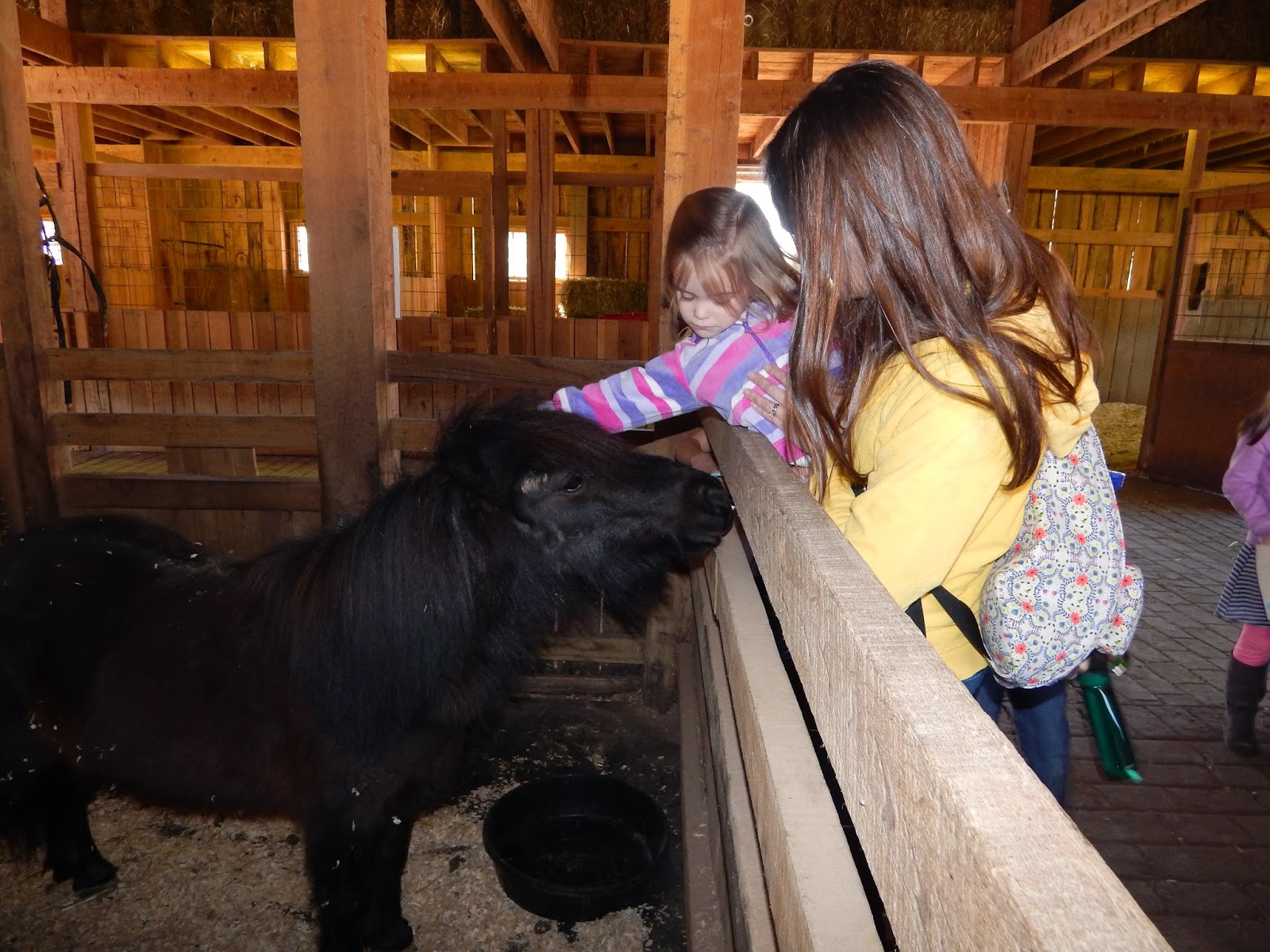 Here's a group picture with the elephants.  Following this picture, as we walked away, Teva asked if we could please go see the REAL elephants???? 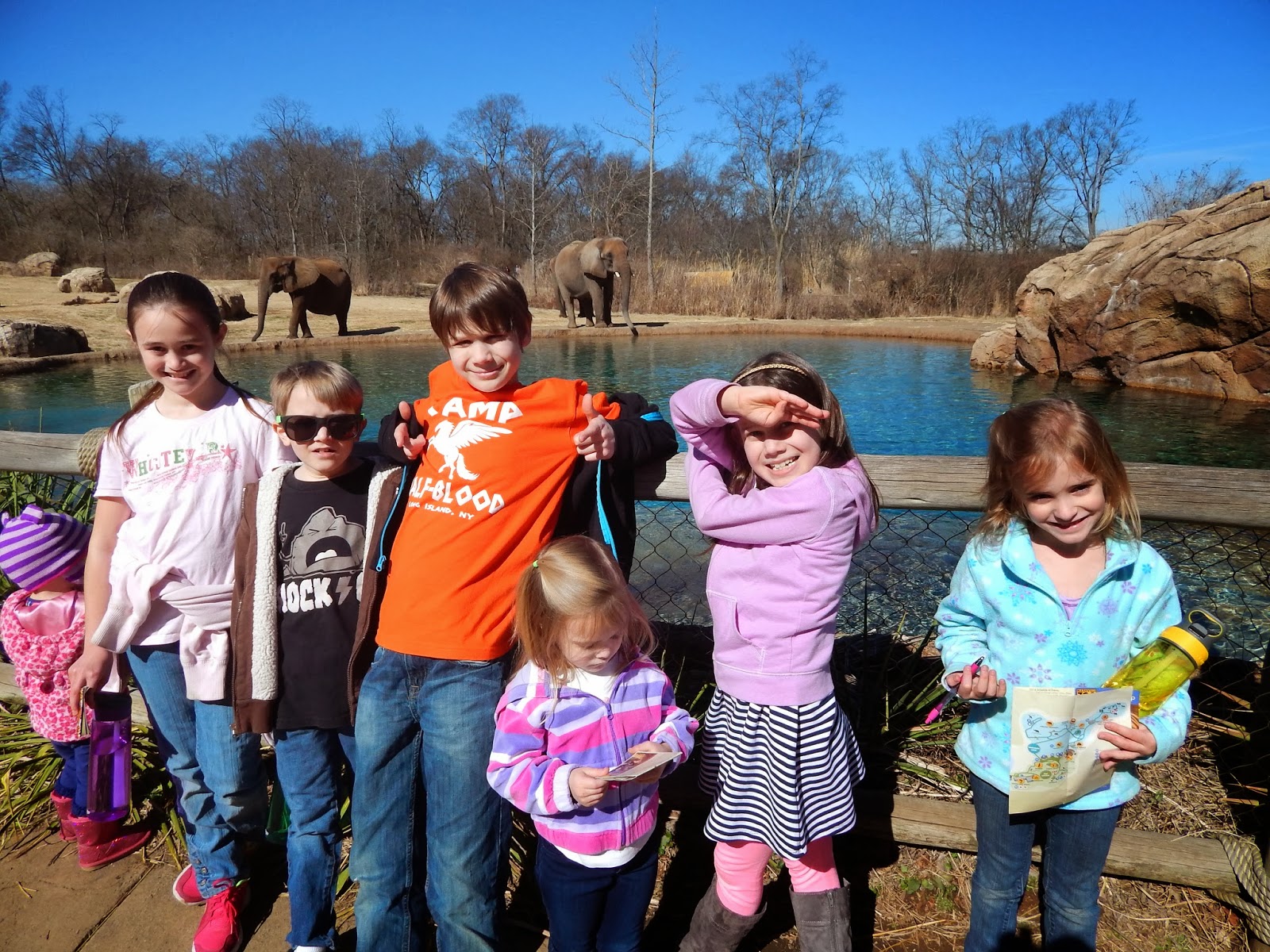 Well, I know I've deprived you all from actually seeing the meerkats, but here's a picture of Lilly, Clyde, and Land WATCHING the meerkats.... 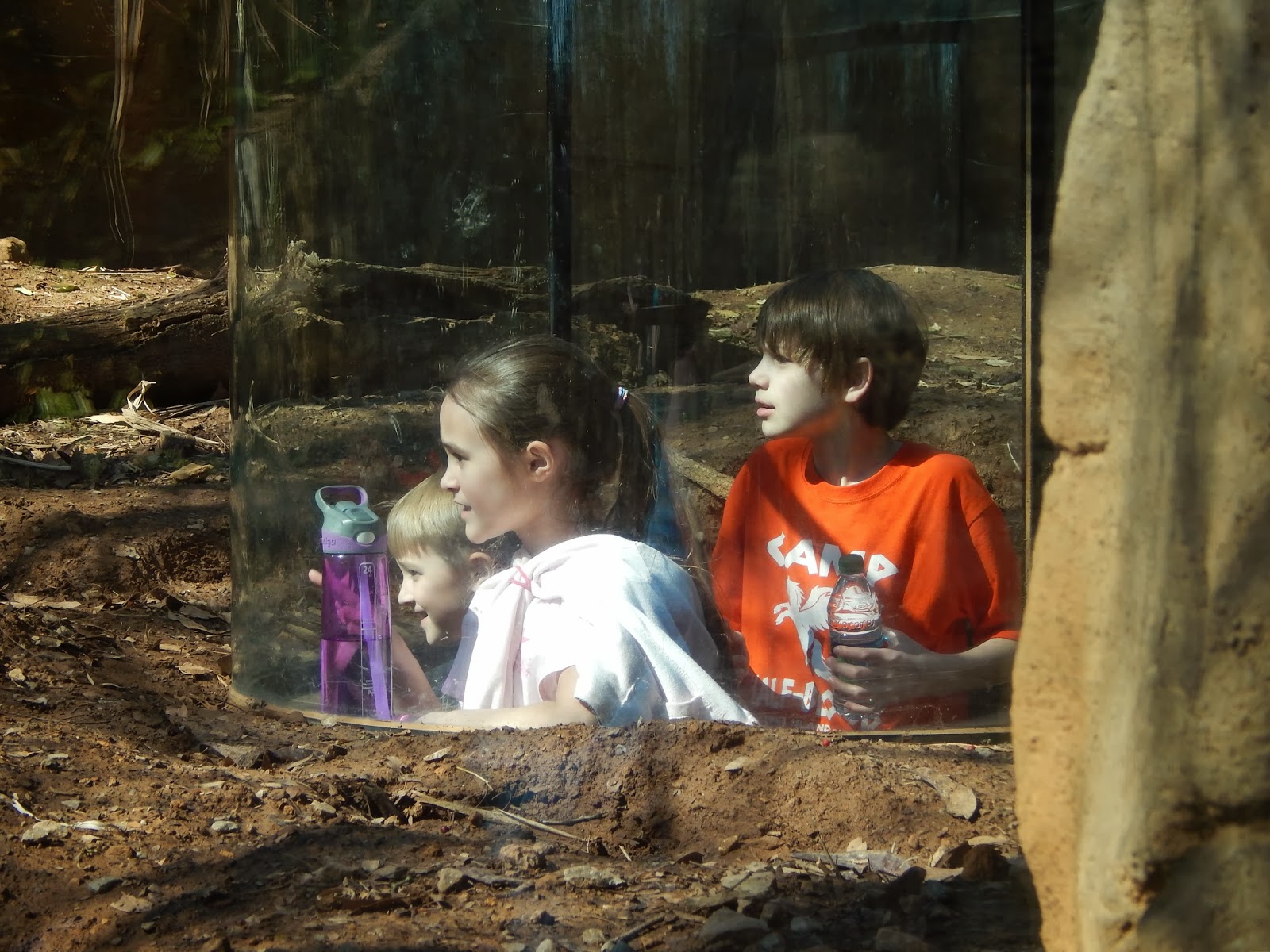 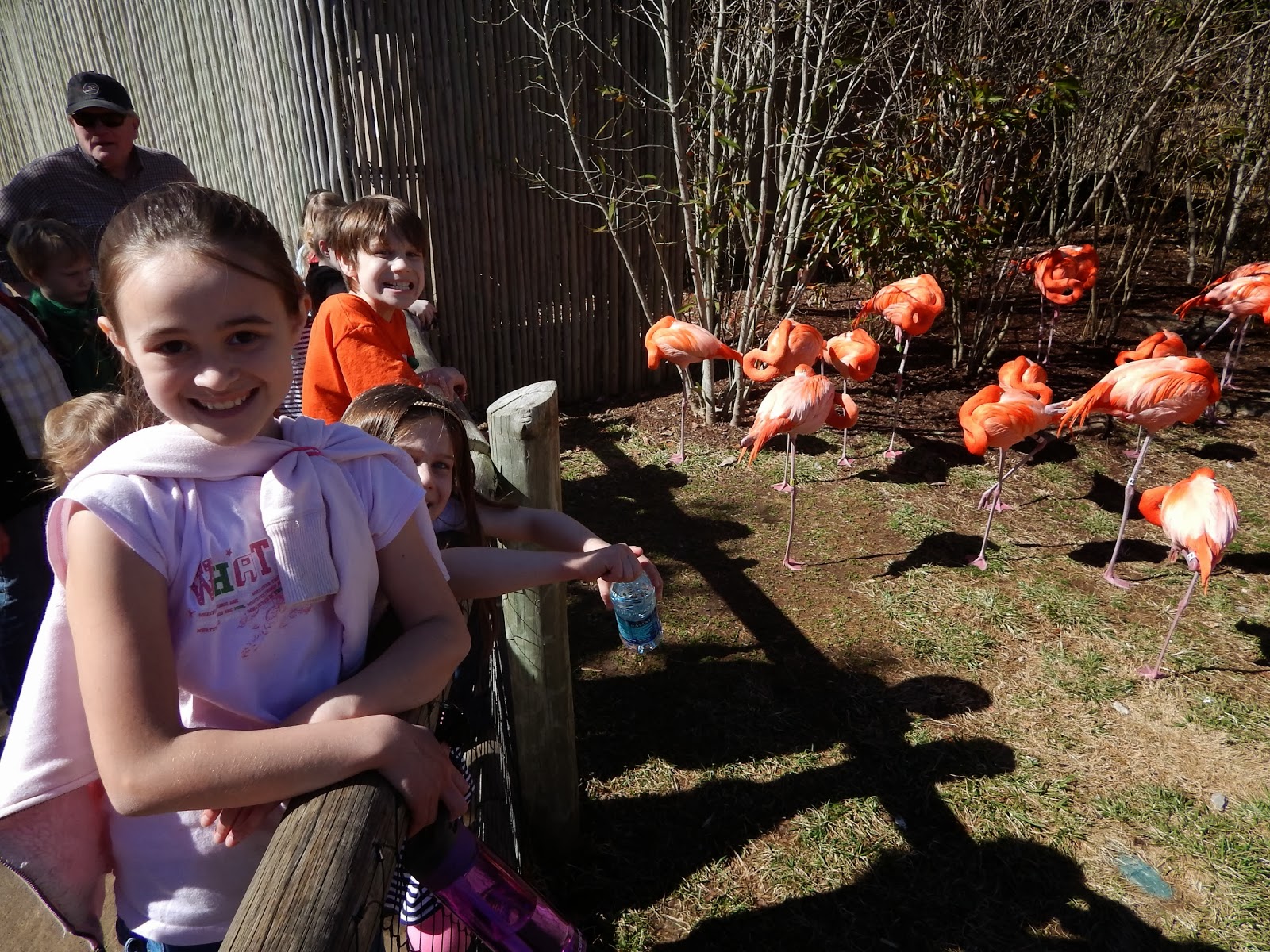 The kangaroo/wallaby walkabout was pretty neat, as there were no barriers between you and the animals.  You could only touch them if they came onto the sidewalk with you...this one at Iris's feet decided to tease the kids by being just BARELY untouchable. 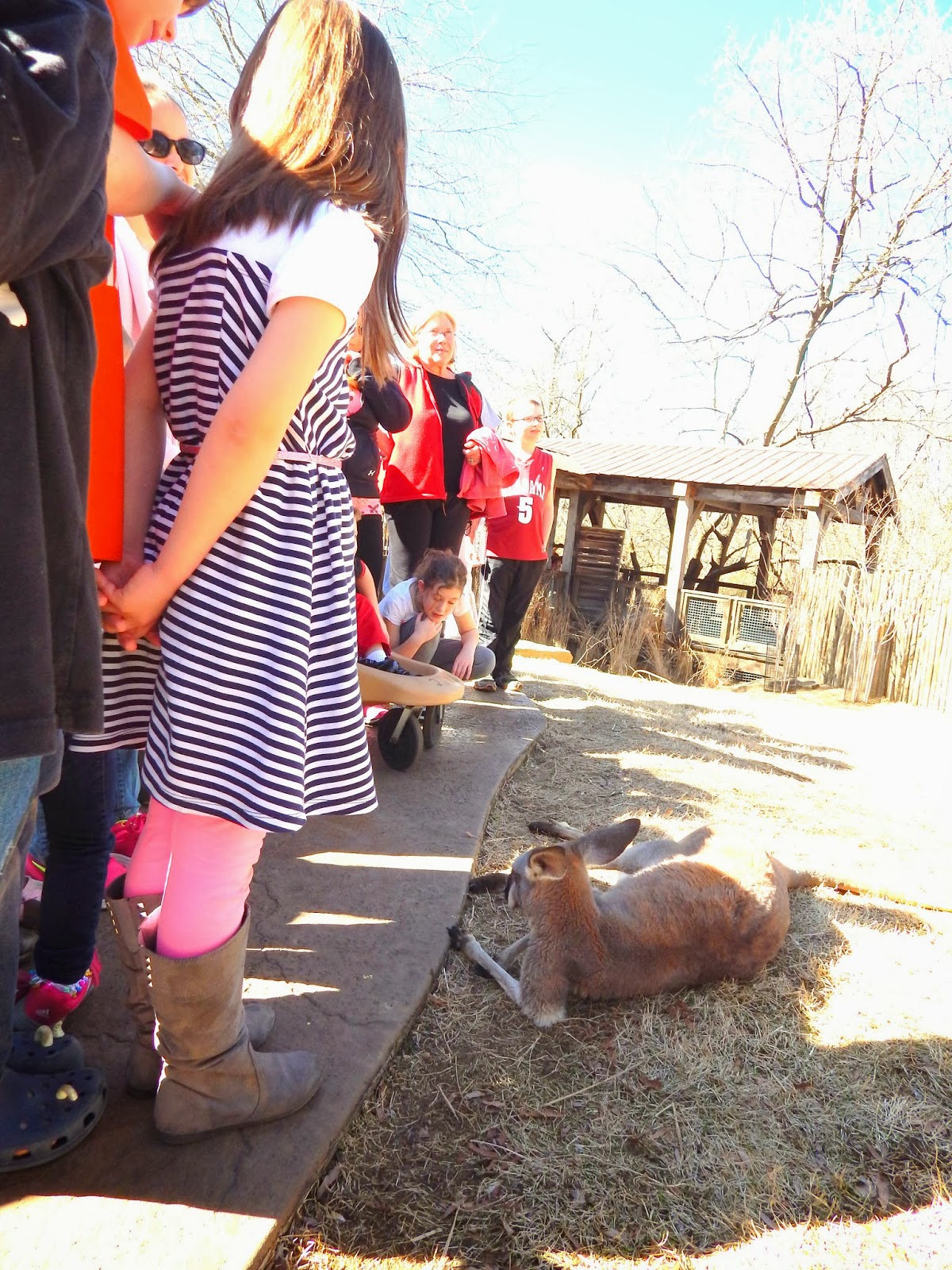 After the zoo, we took the littles to Moe's.  The boys held a public dance session. 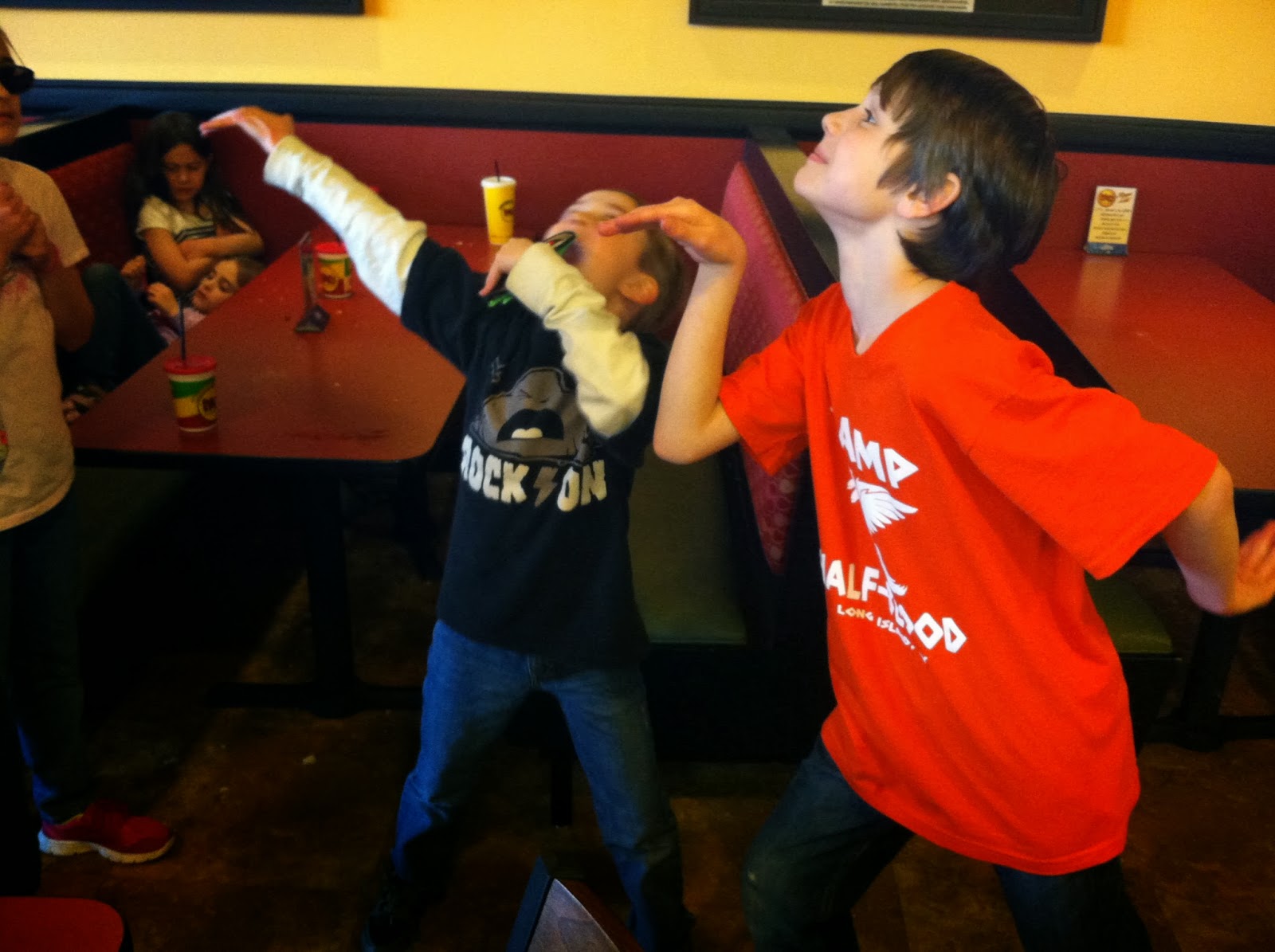 The next morning, after moms and kids packed everything, we had just a little while to entertain ourselves until the dads were done with their morning sessions.  So we took the kids to Centennial Park.

Here they are holding up the Parthenon. 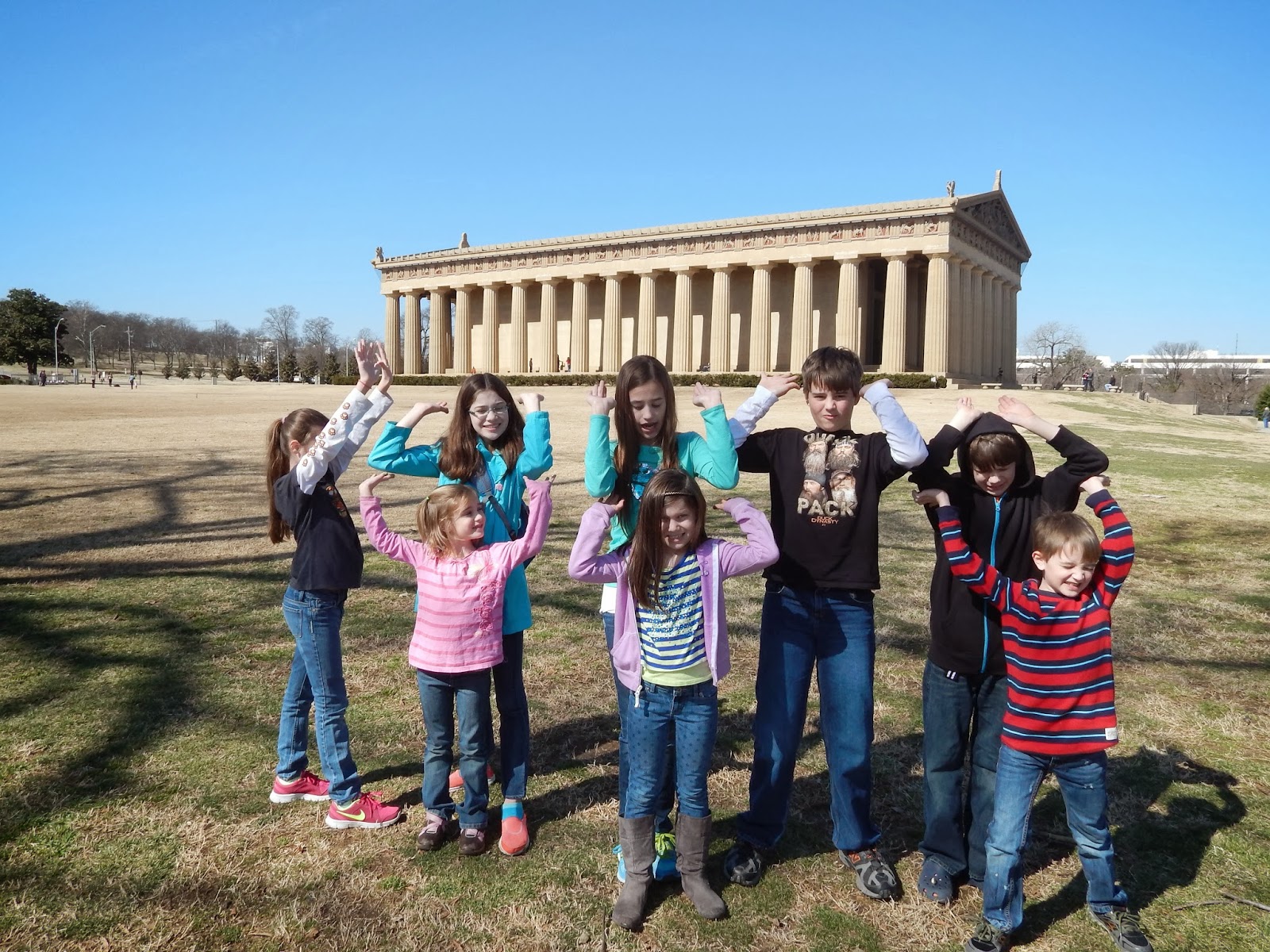 And then just a cute group shot. 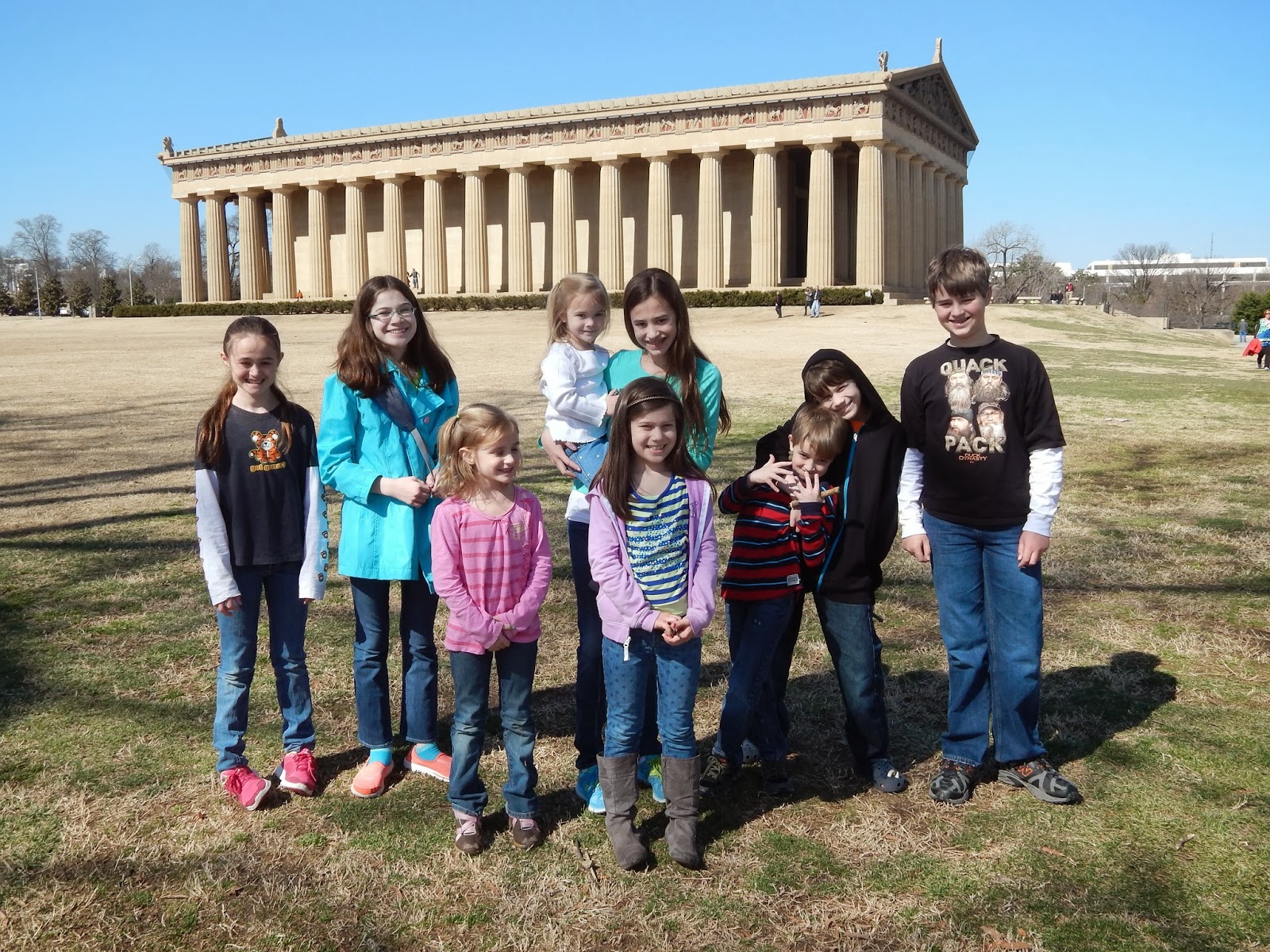 After moms were satisfied with pictures, we set the children free.... 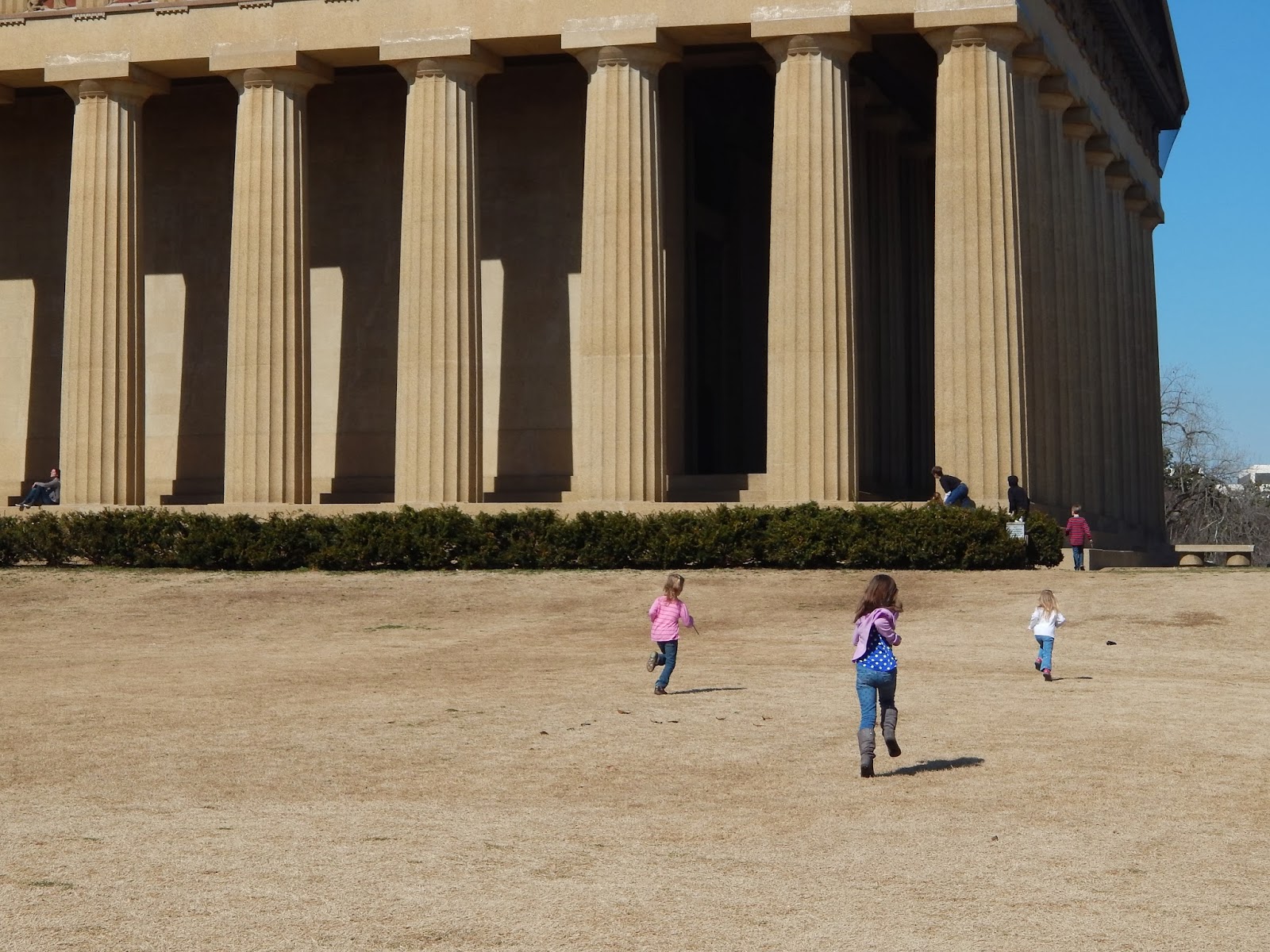 After examining the to-scale Parthenon, we picnicked and just generally hung out until time to pick up the dads. 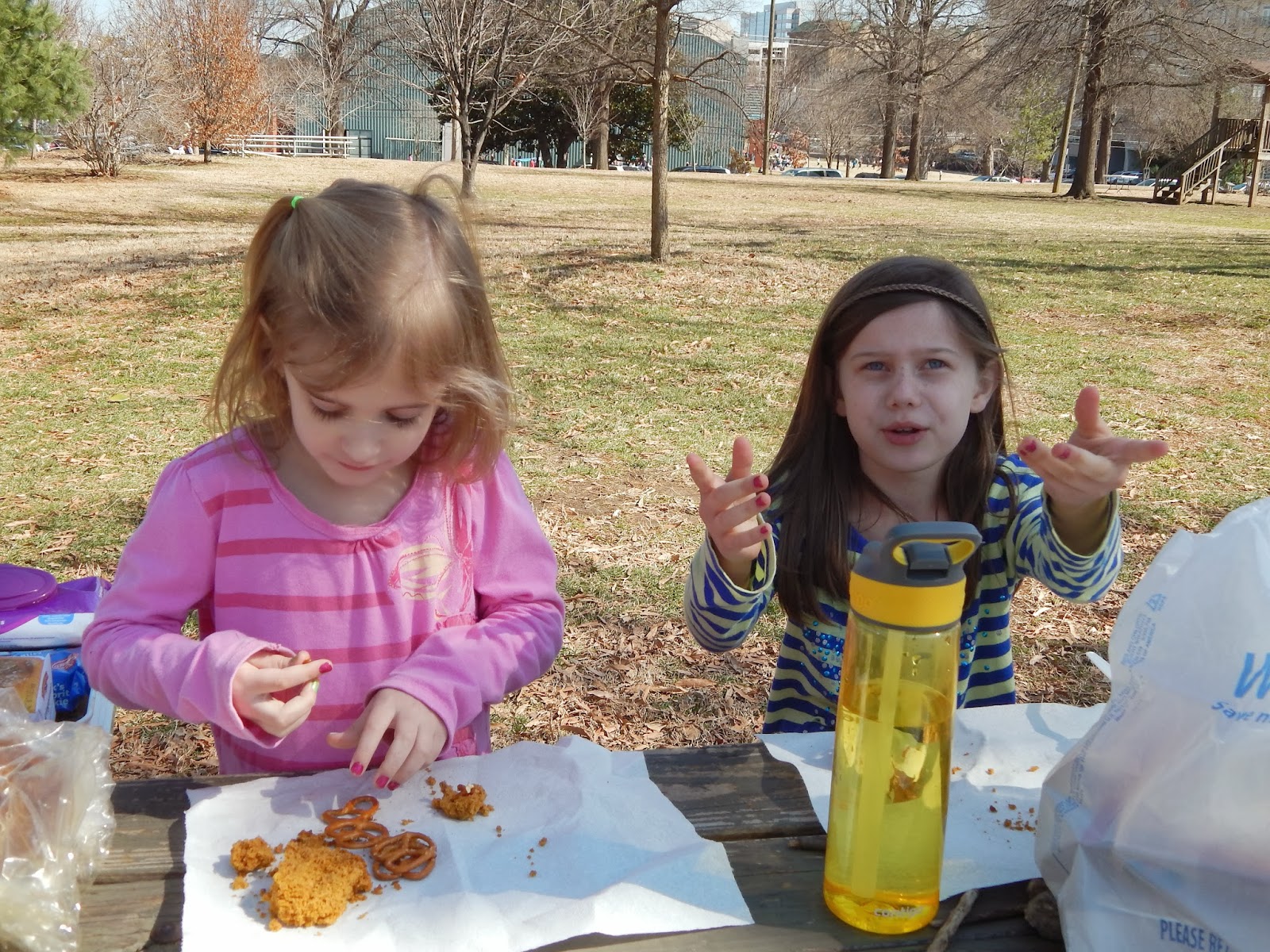 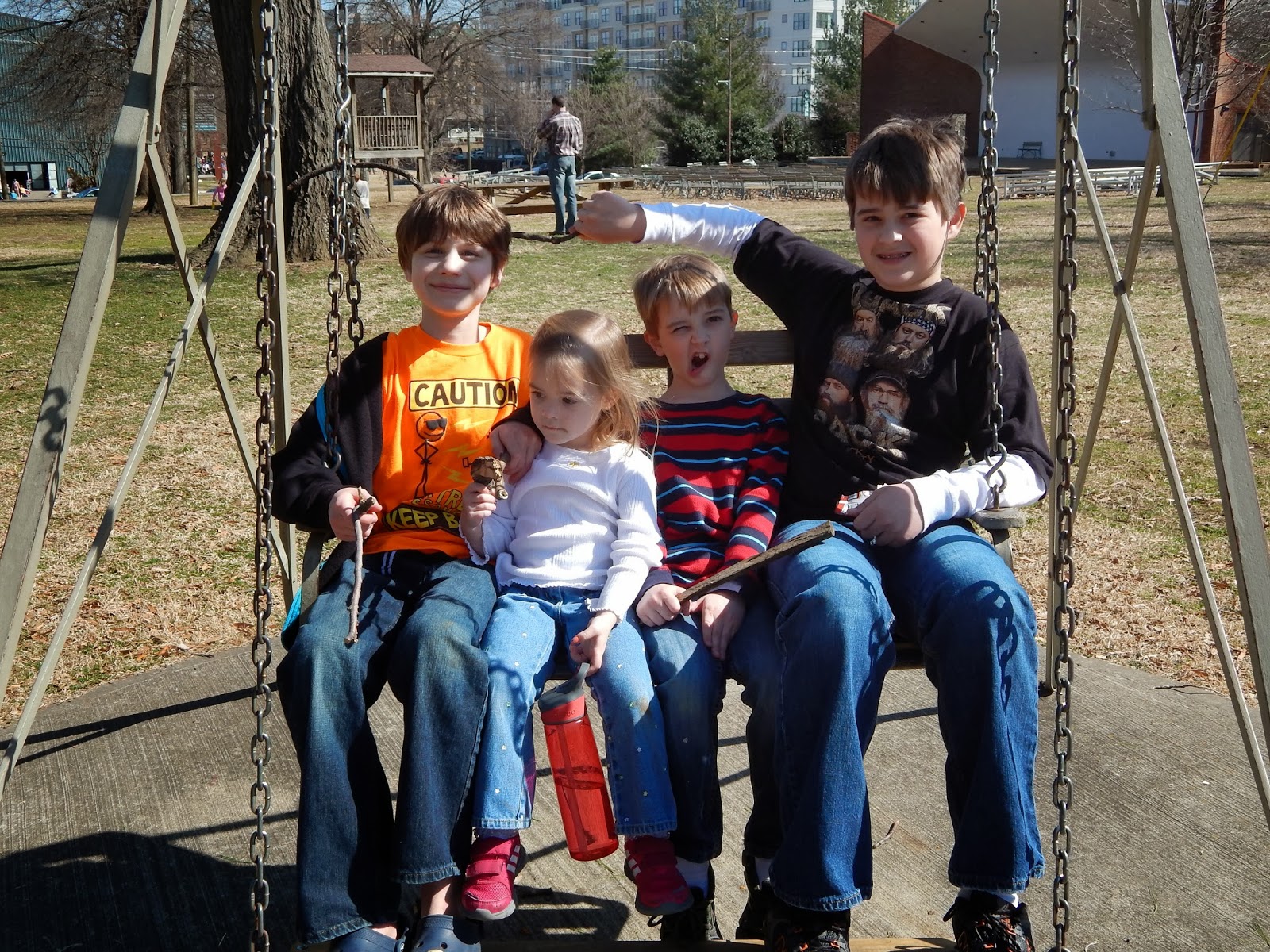 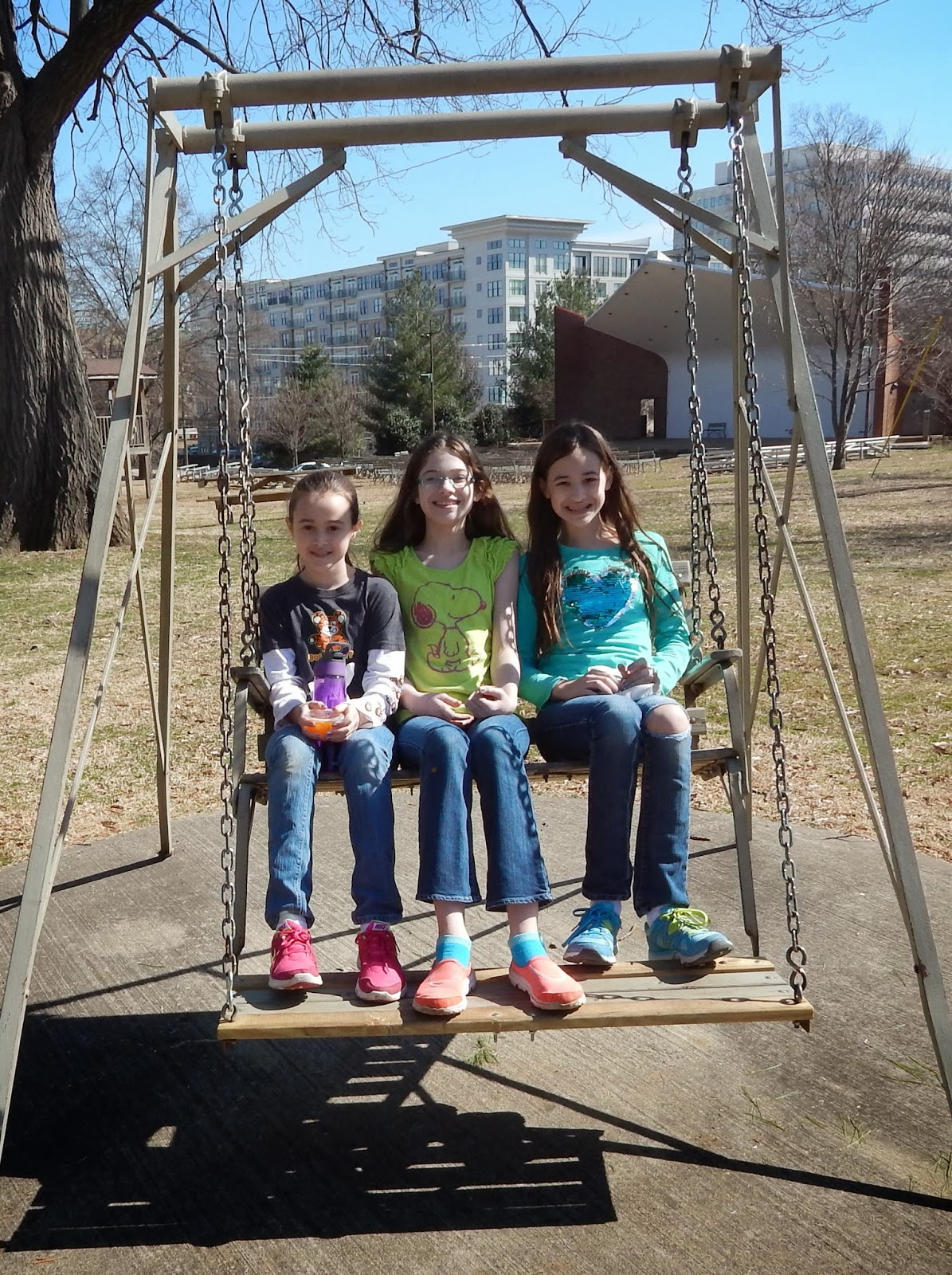 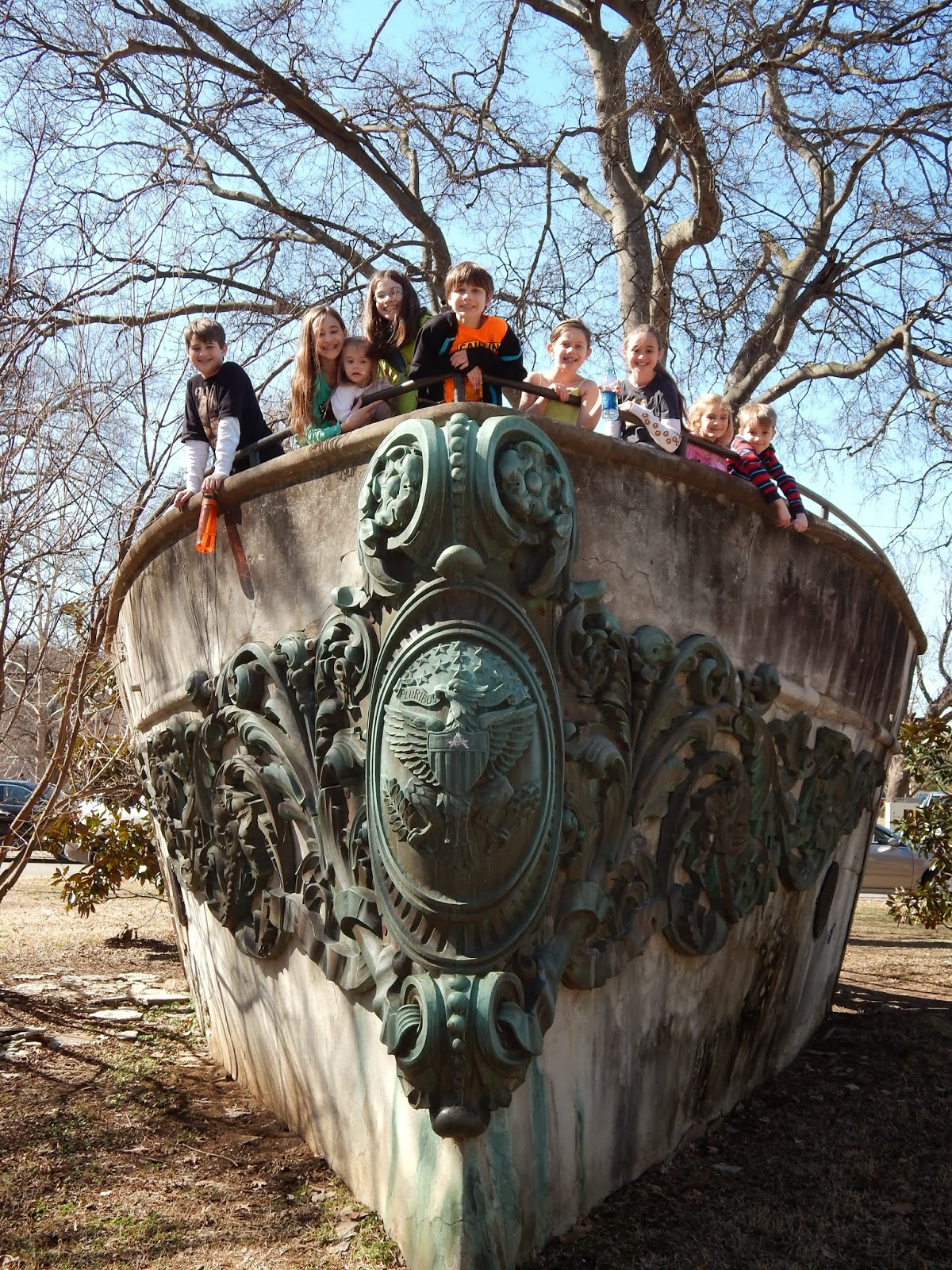 Following all this frivolity, we picked up the dads, witnessed a rather traumatic, but thankfully not fatal, car crash and then received a flat tire, followed by a flat spare.