My mom has been trying really hard to find a time when she and both of her daughters' families could go to the Smokey Mountains to see my Uncle Norman.  Well, thanks to her perseverance, and my sister persistently encouraging me to nail down a date, and NO thanks to my infinite forgetfulness, we finally went and had a fabulous weekend sponsored by Mom! Thanks, Mom!

We went during Dollywood's Festival of Nations.  Here's Sherry Berry holding onto silly Clyde in front of the Ecuador booth. 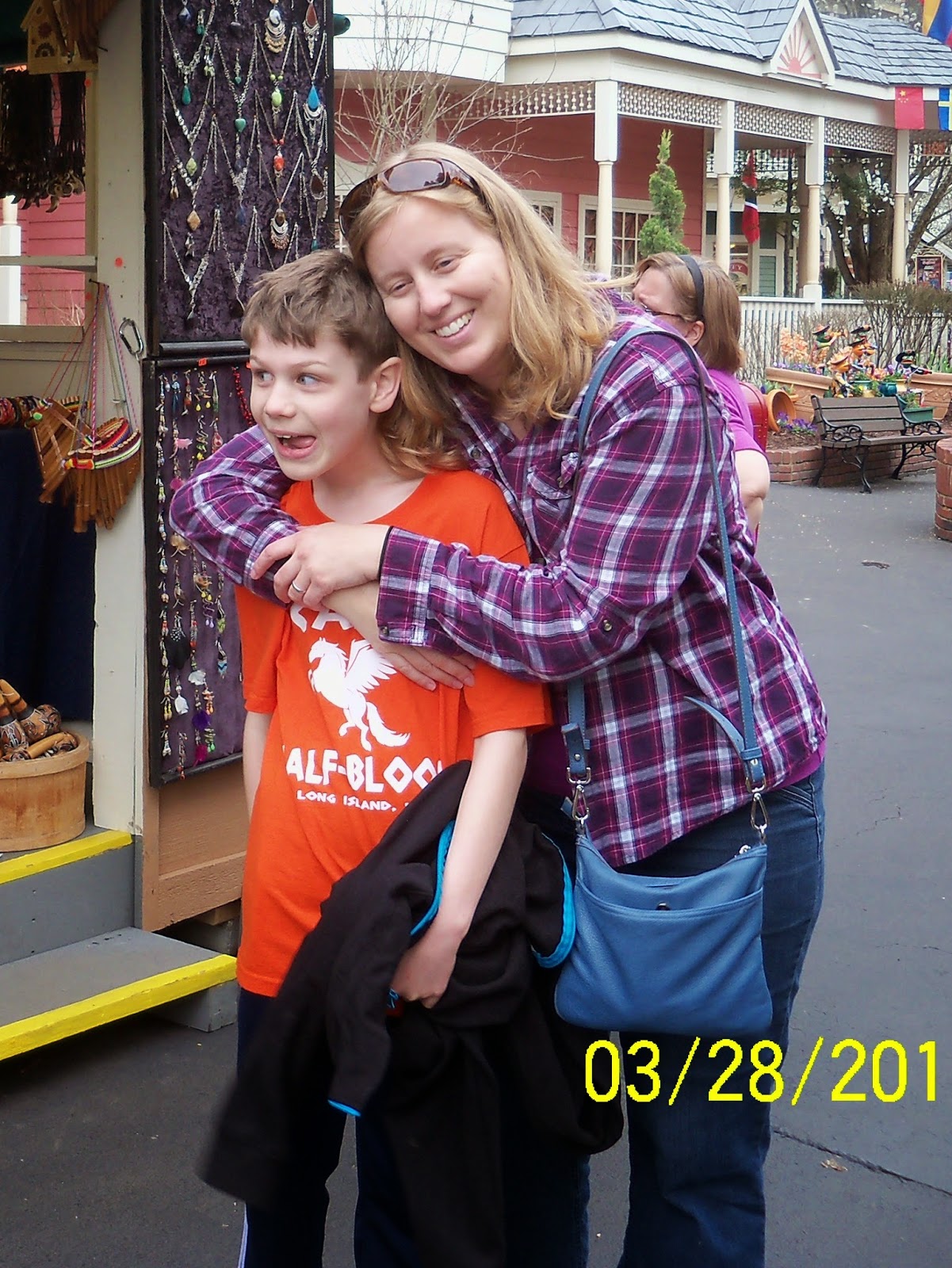 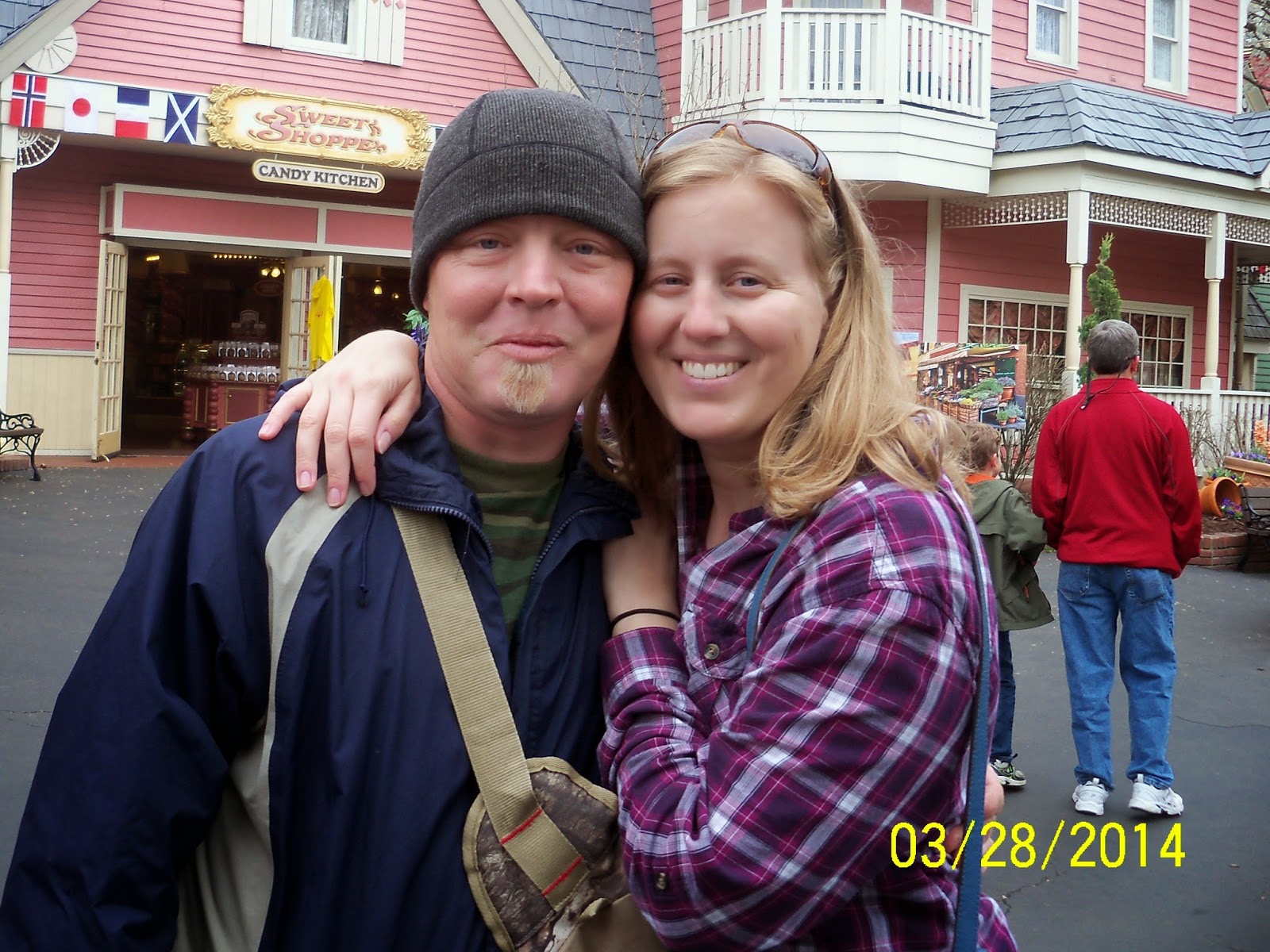 On the front of the Tennesse Tornado, you'll observe Clyde and his Daddy, with Uncle David right behind. 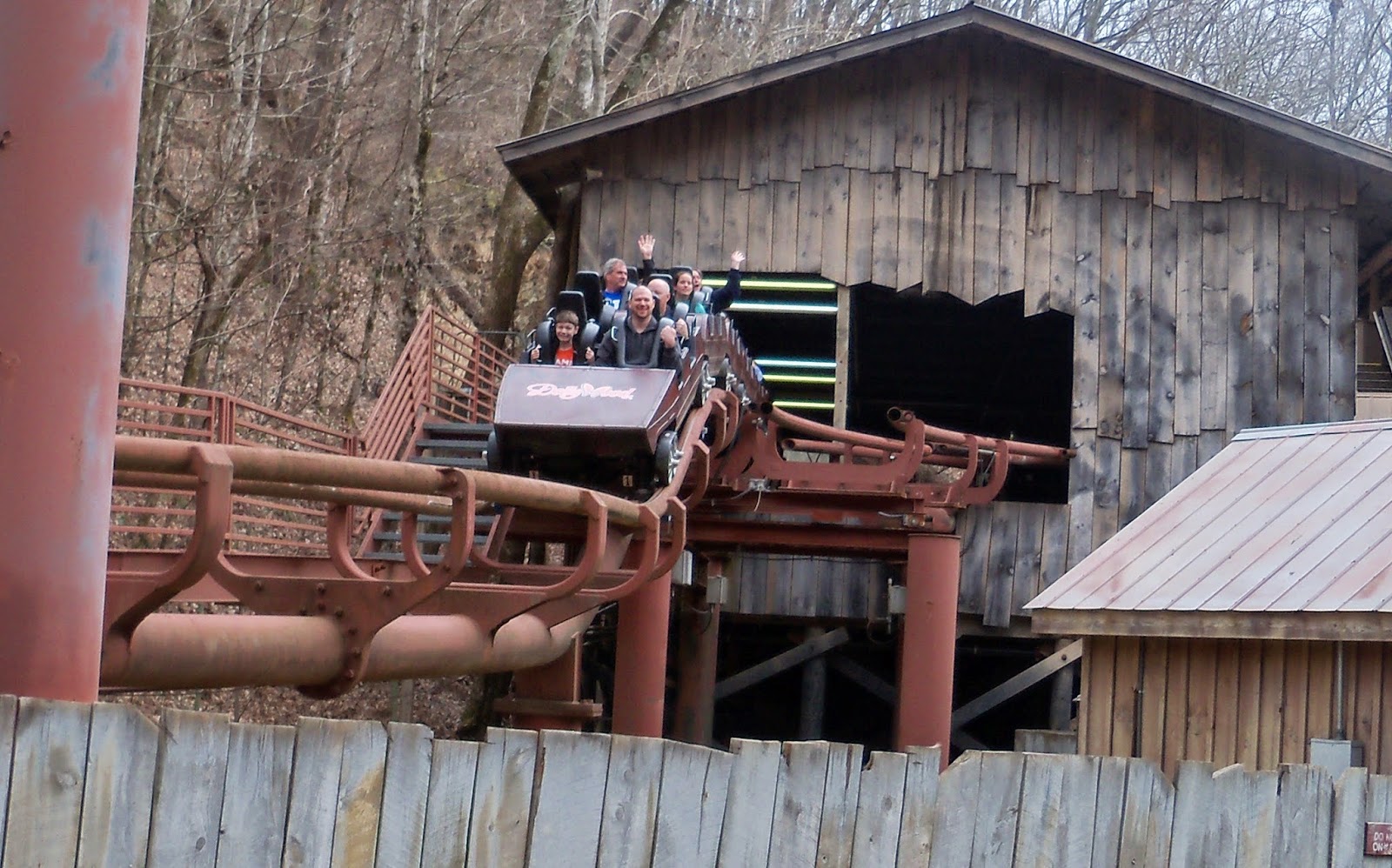 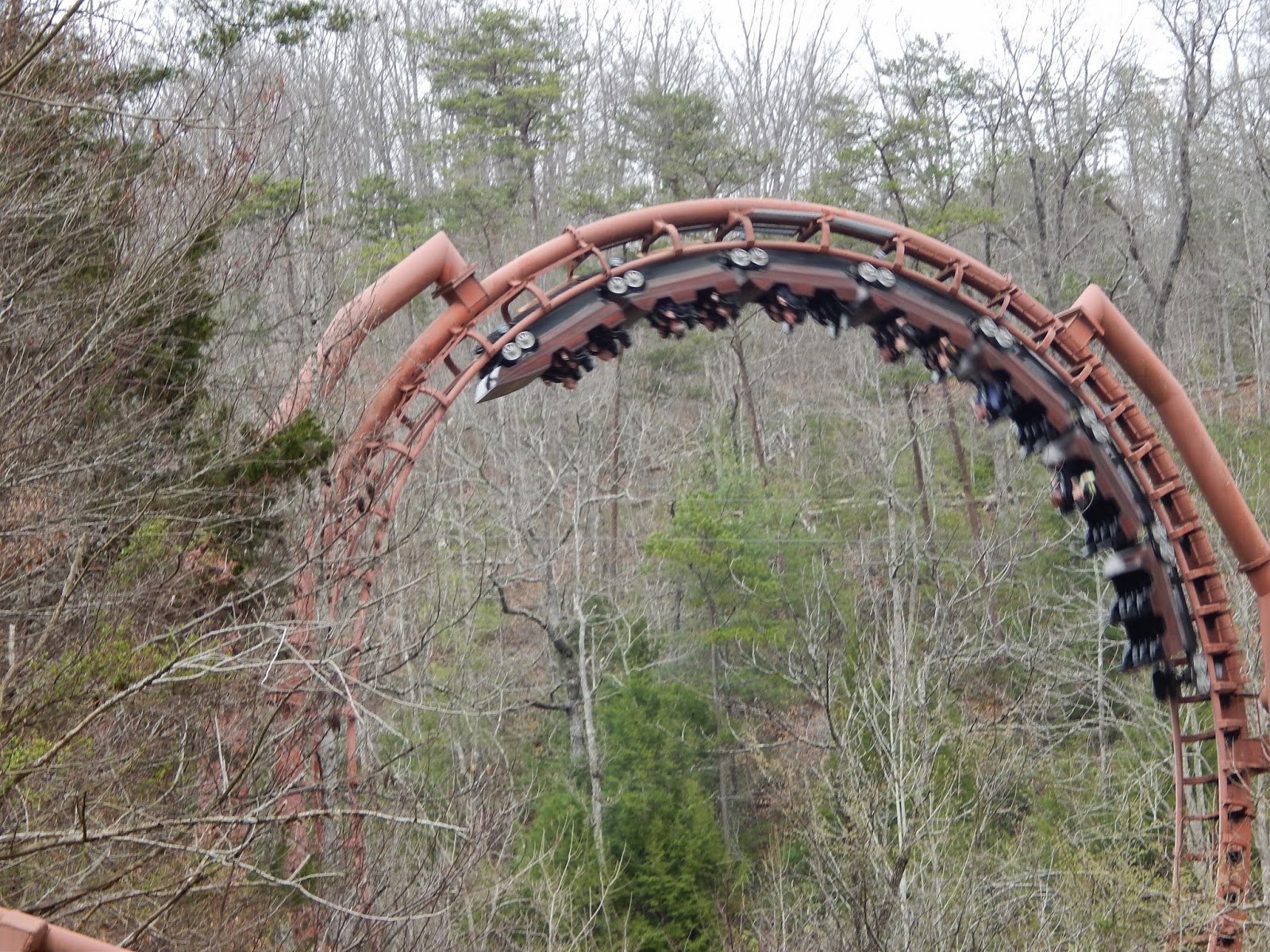 Dollywood has put in a few new coasters.  The coolest is, by far, the Soaring Eagle, but it's hard to get a pic of.  Here are Stephen and Lucy riding the new Fire Express.  She did NOT appreciate us encouraging her to ride it, but NOW says she will ride it  next time we go ;) 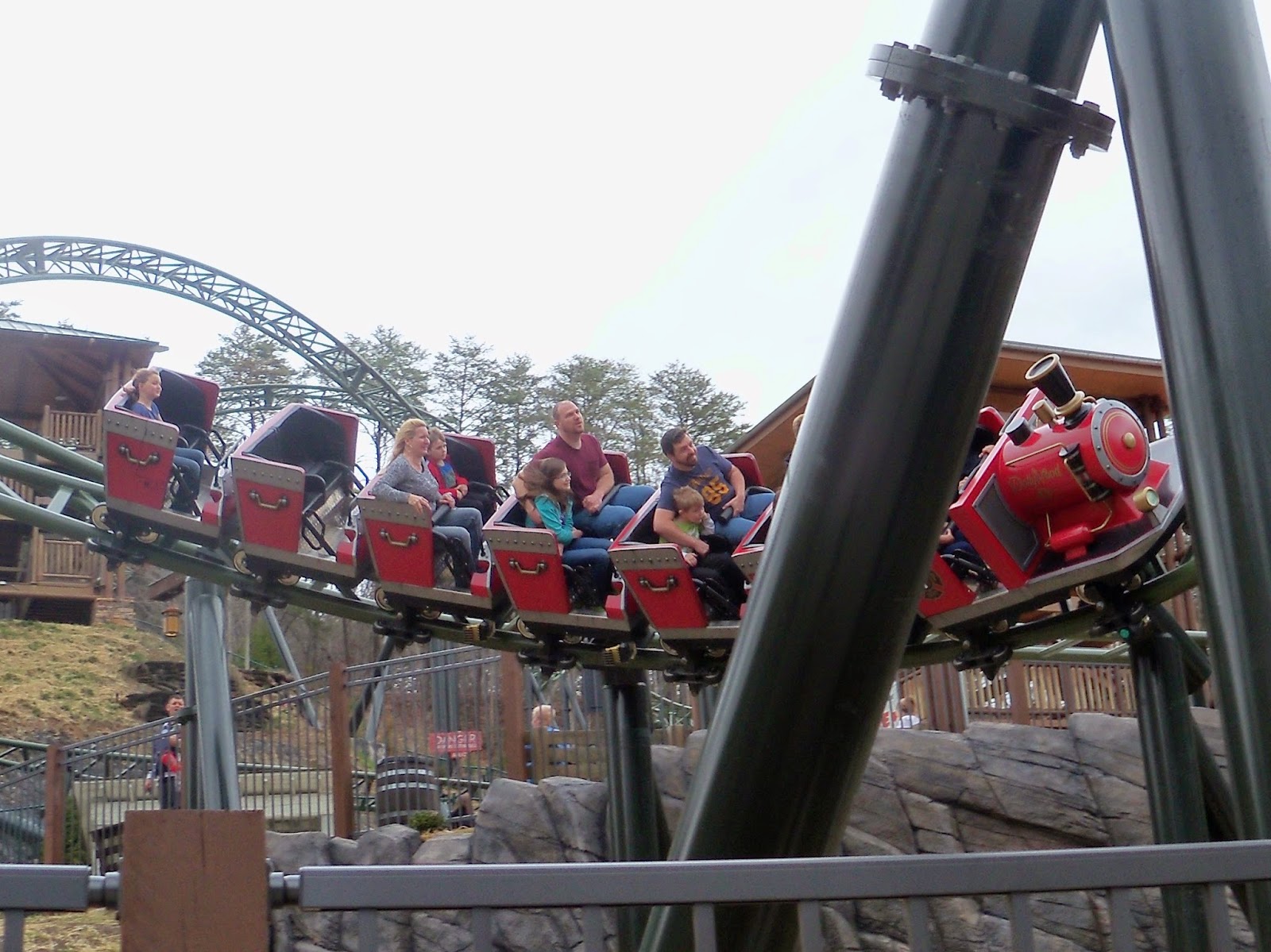 Sherry, Clyde, David, and I on the Fire Express.  It's fun and mild for a coaster, but does go backwards.  No upside downs though. 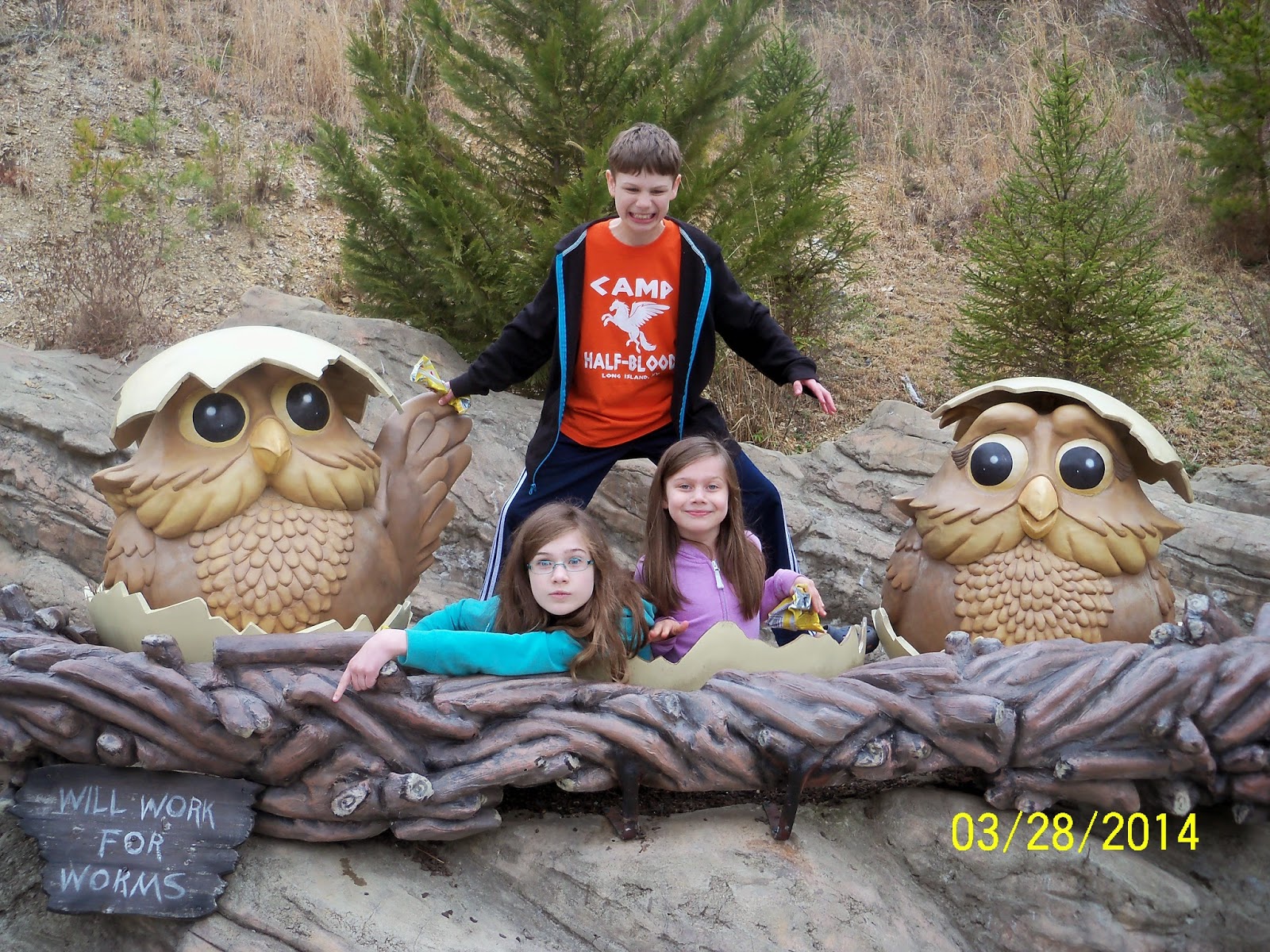 I thought that this picture that only shows Stephen, Sherry, and David riding the elephants was particularly amusing :) 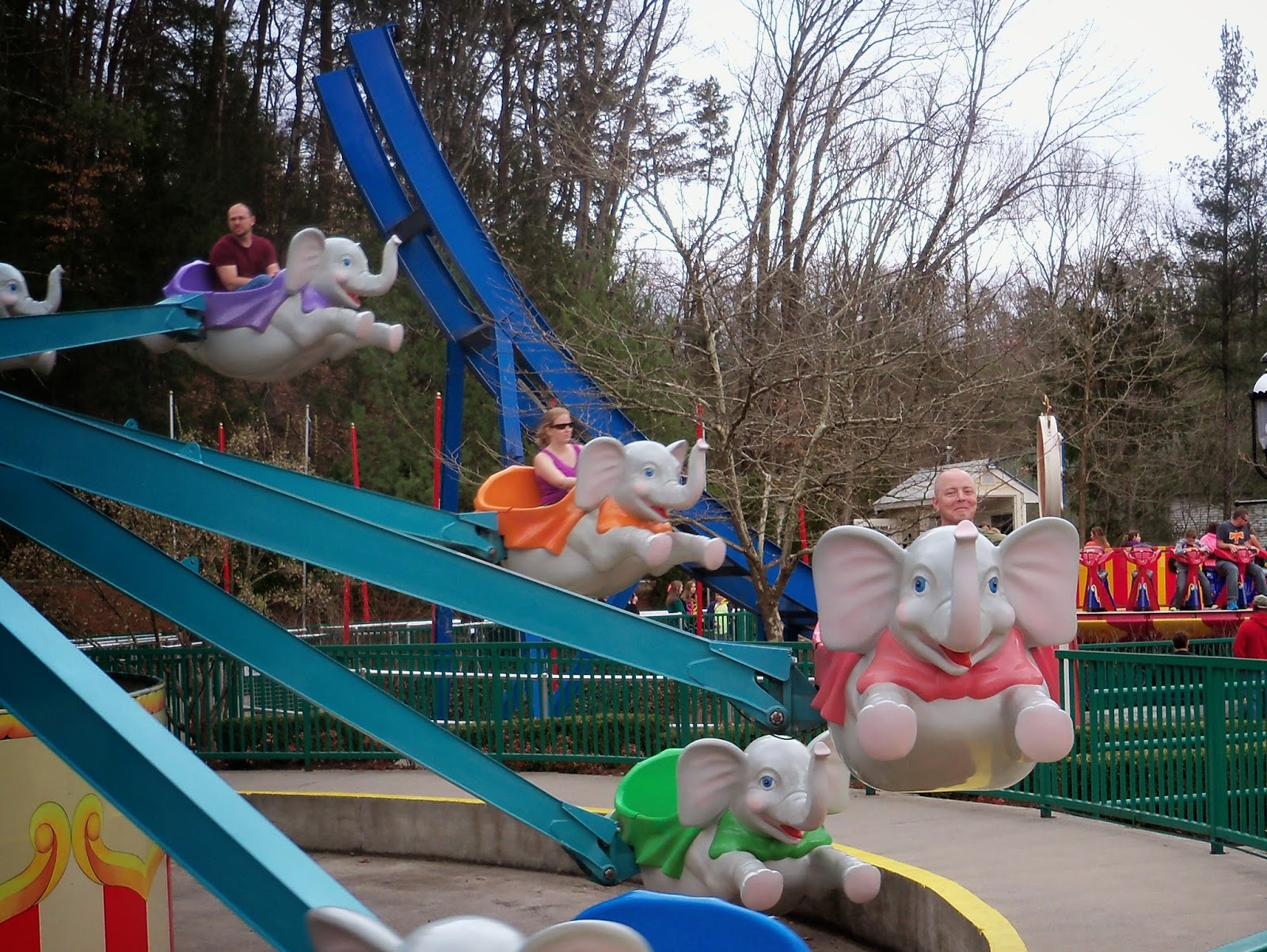 Lucy wanted to make sure she rode a ride with each adult.  So diplomatically sweet!  She and I rode the bumper cars together. 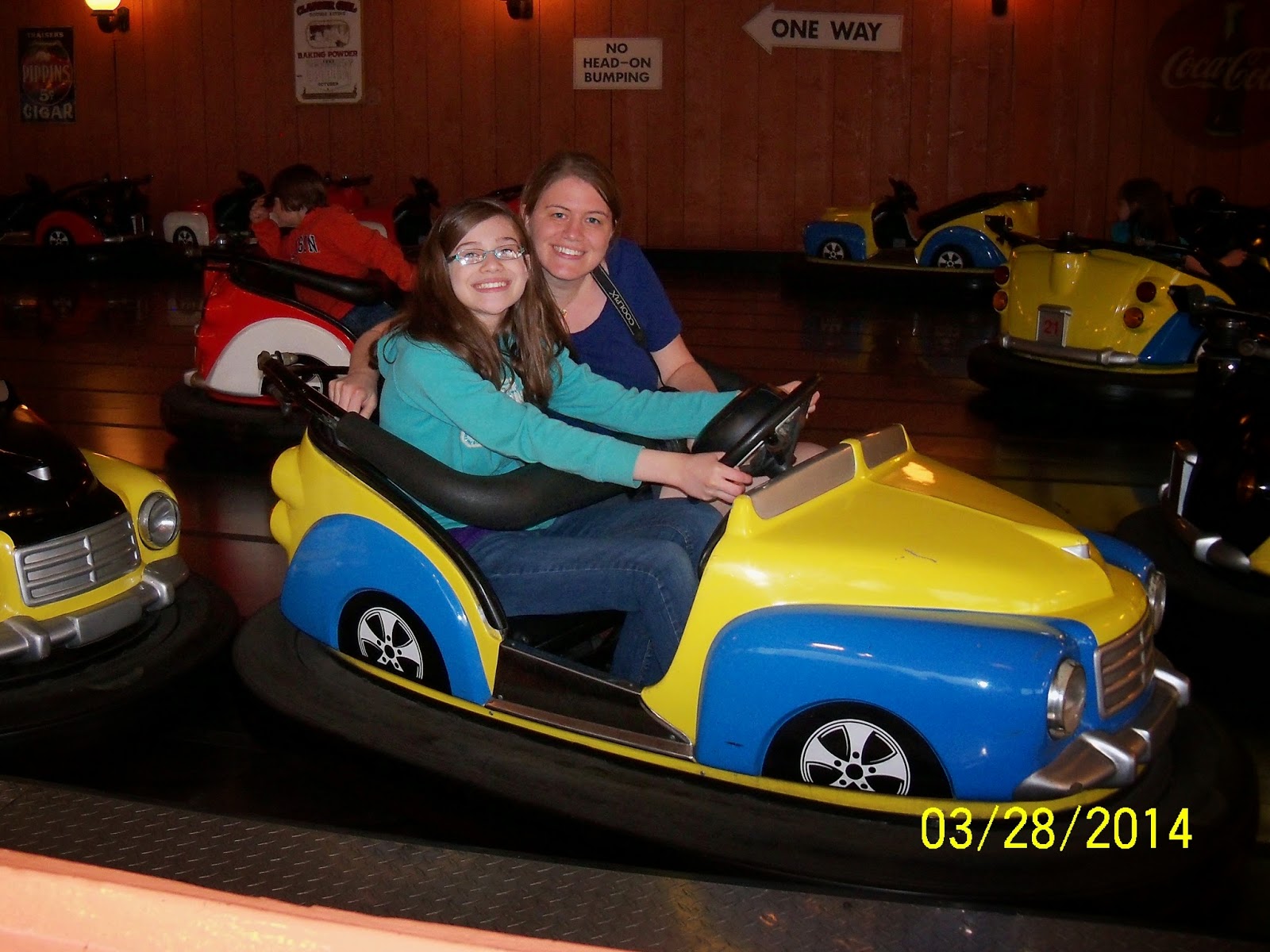 I made Clyde do this pose.  He was NOT excited about it in the least, but it was so I could put this pic with it... 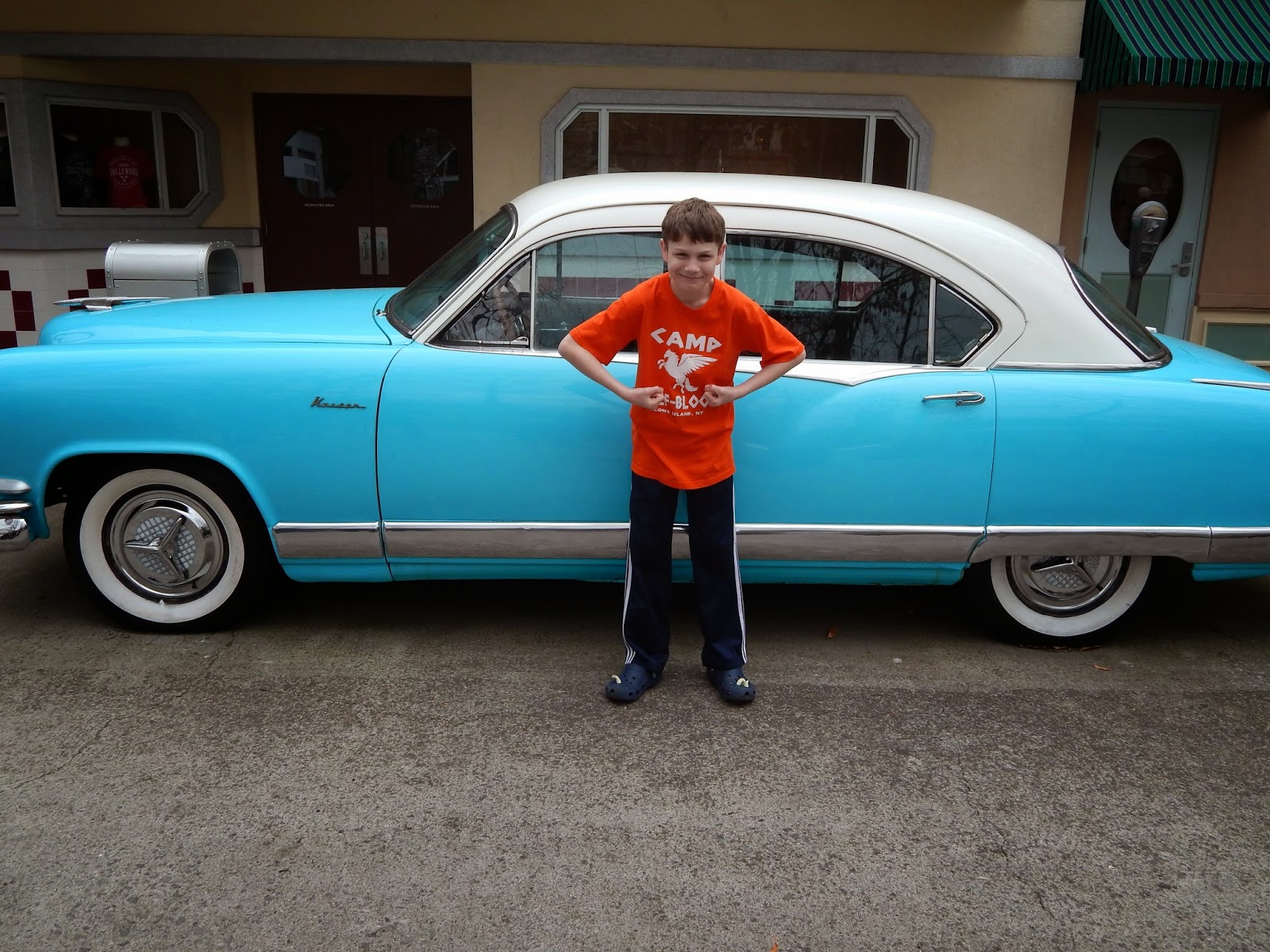 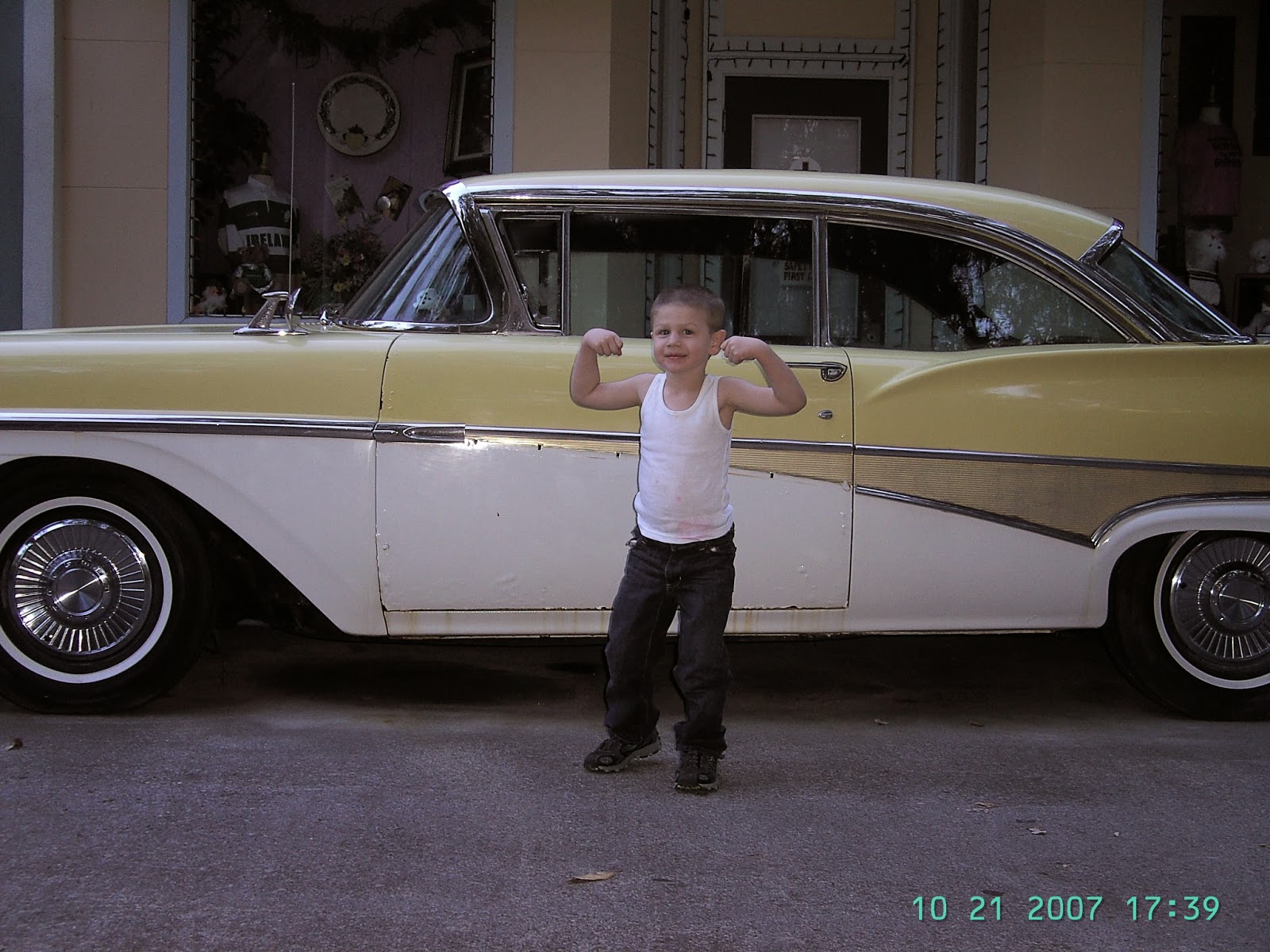 Sherry & David on the little antiques... 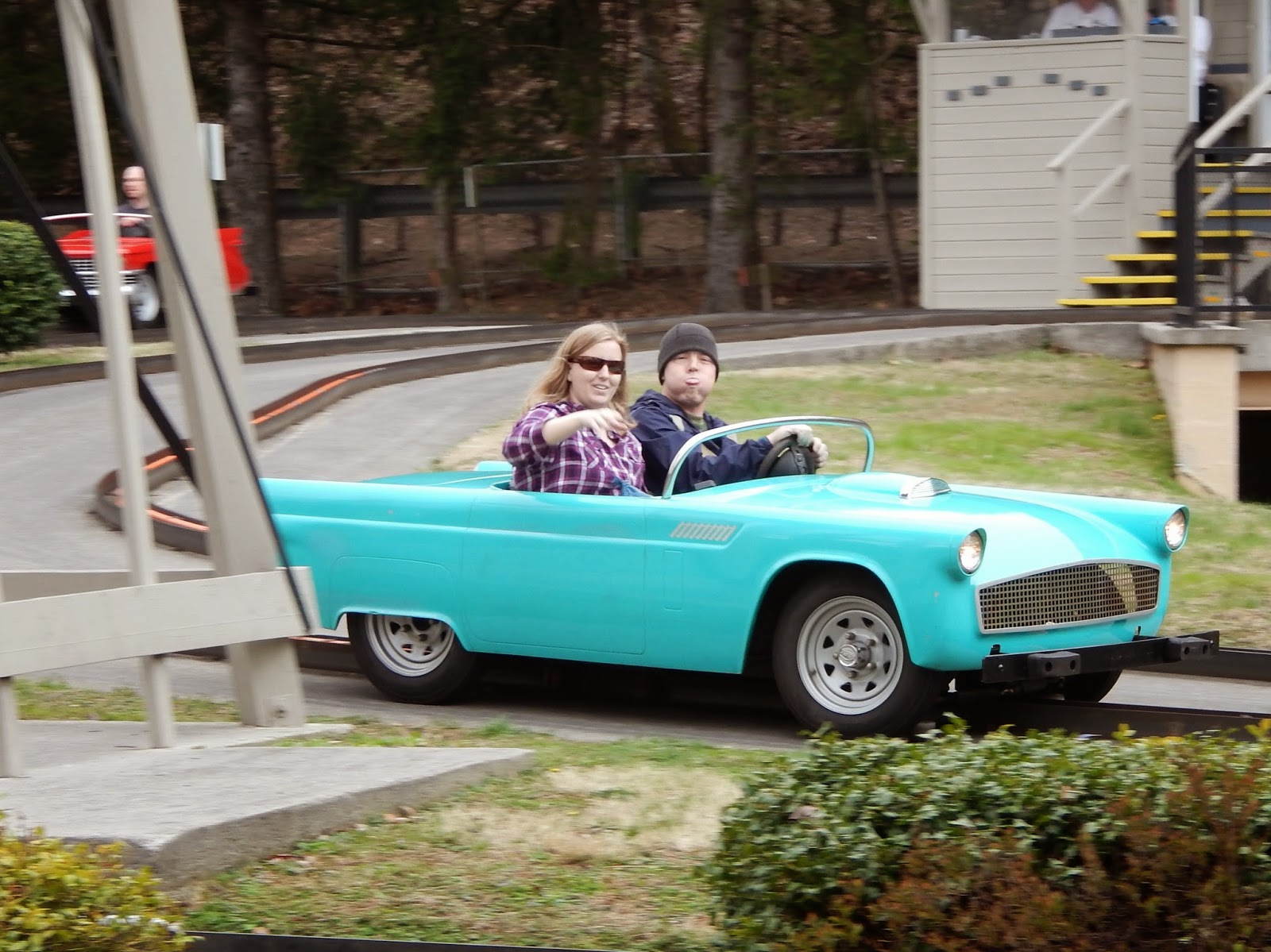 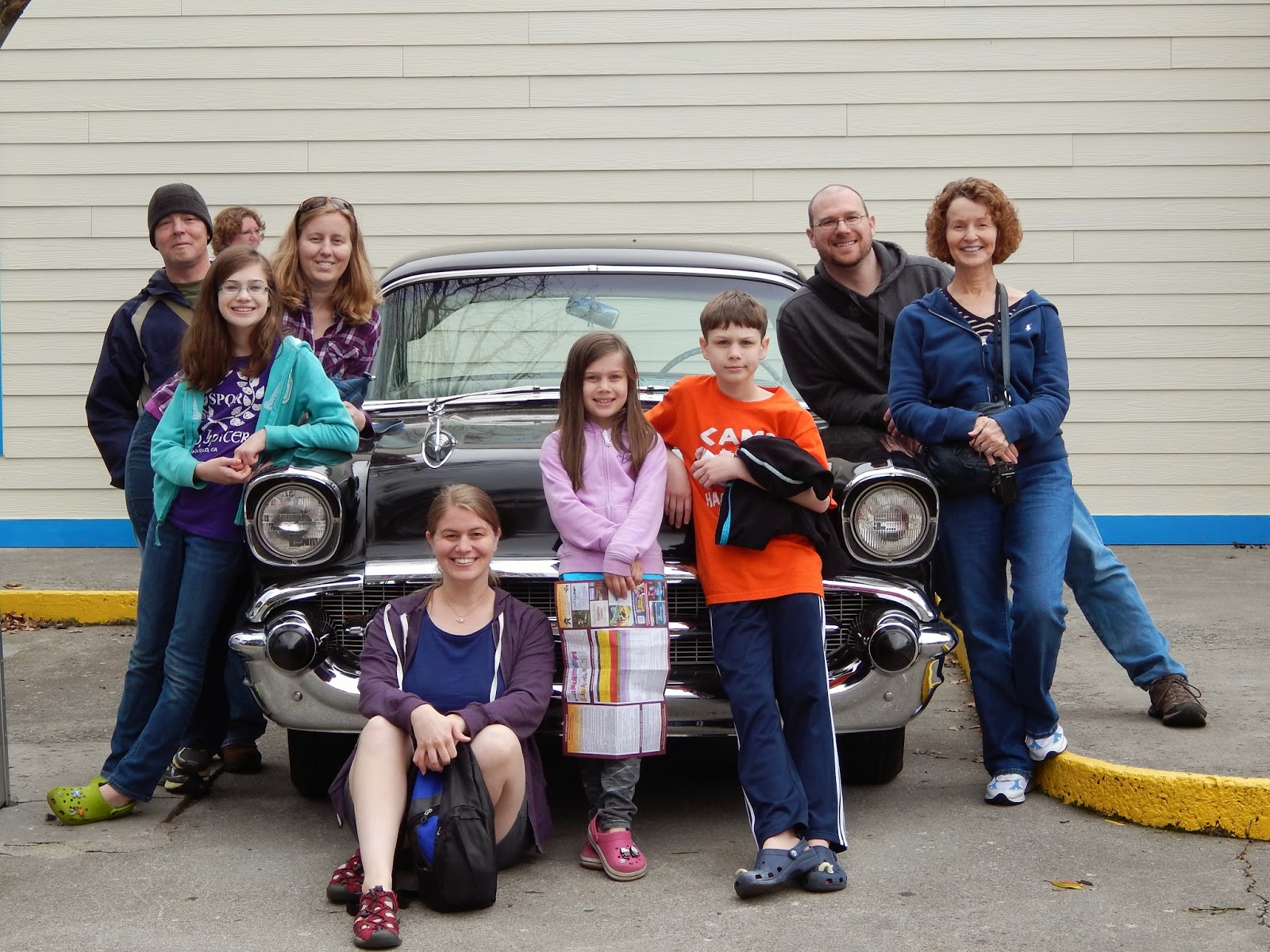 Yup.  Not completely sure what they were doing.... but you know, it's cute, so we'll just leave them be. 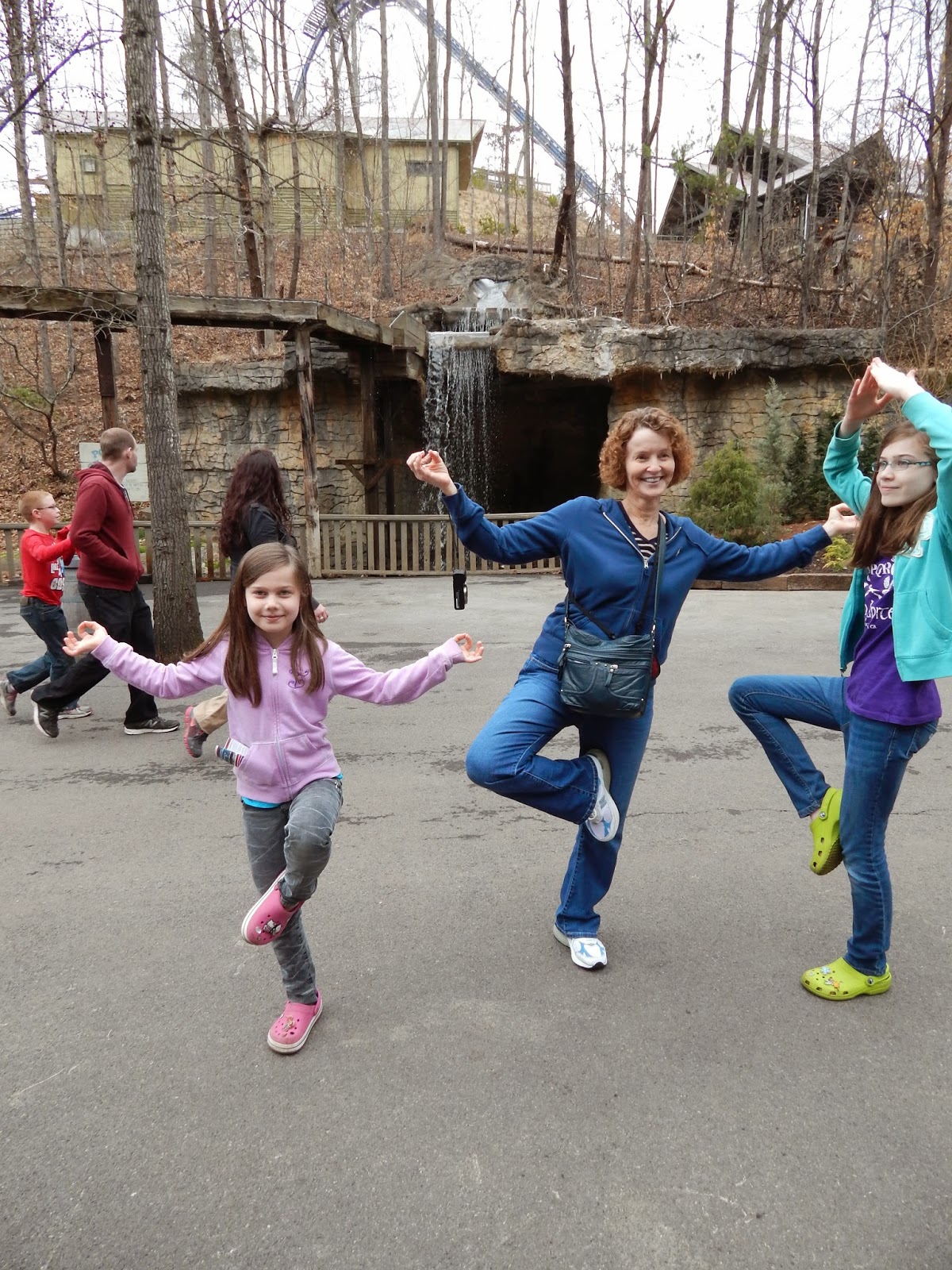 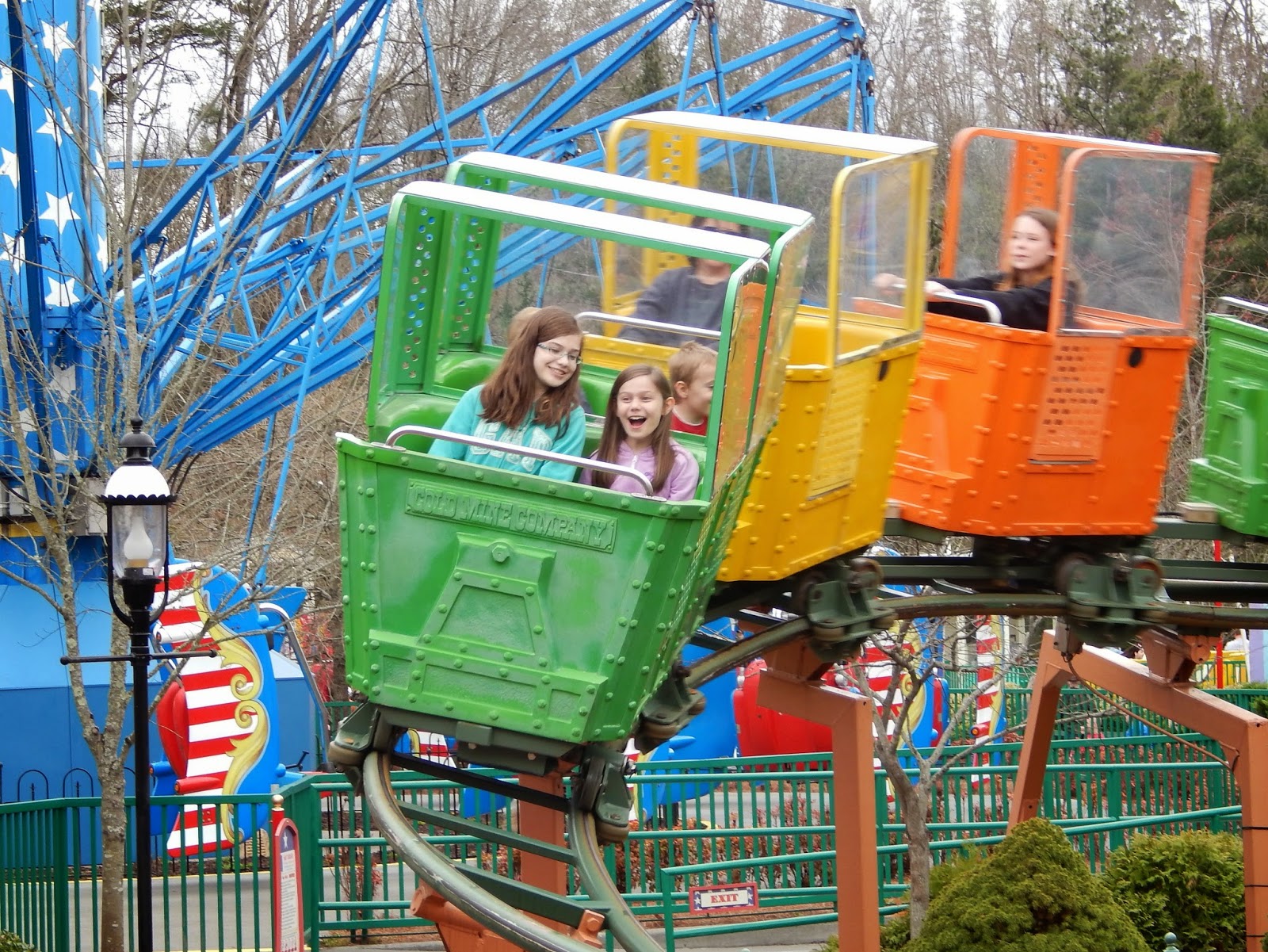 This was THE YEAR.  The year that Iris decided to ride everything by herself for the first time!! 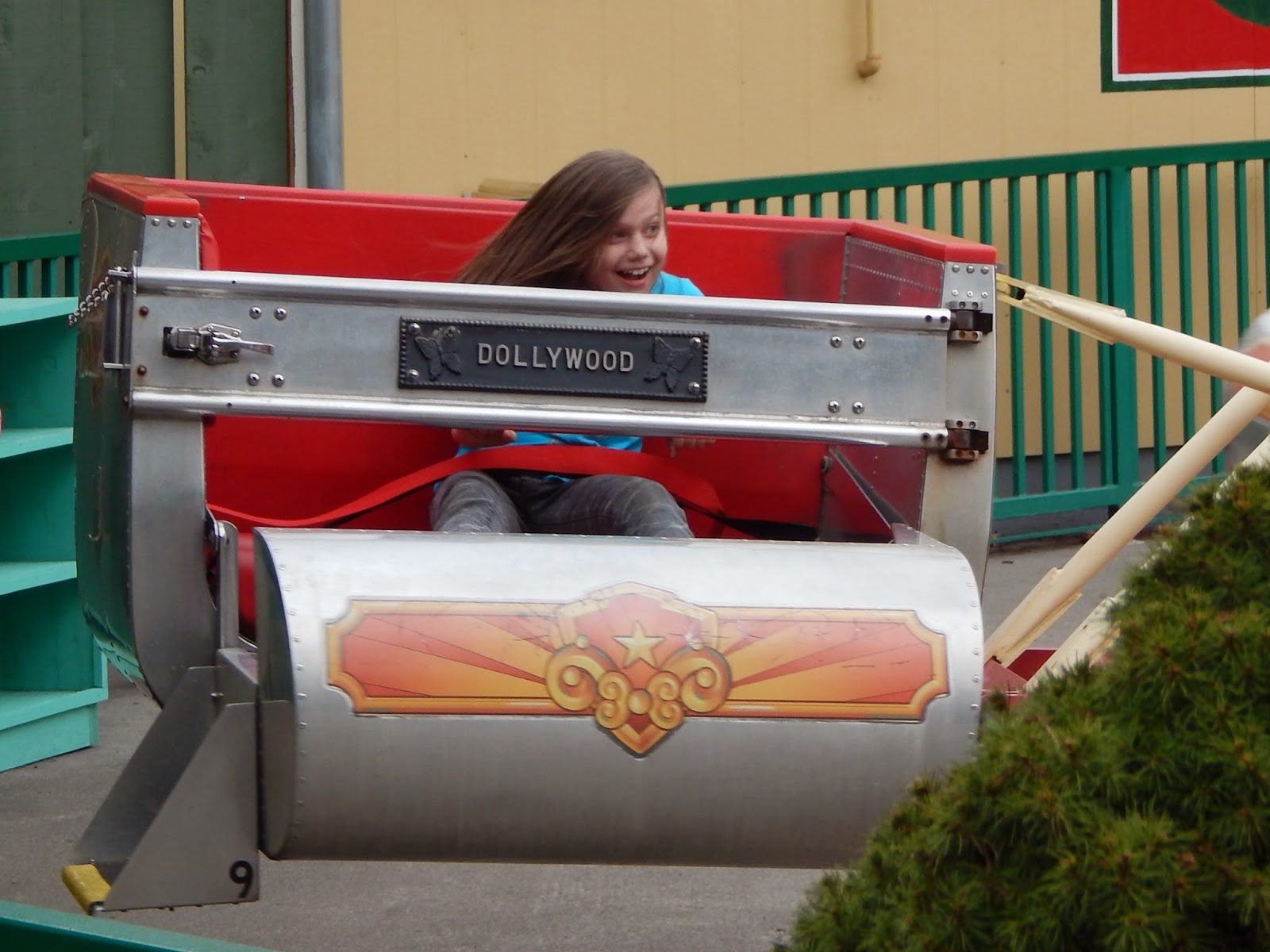 Sherry and Lucy on the scrambler.... 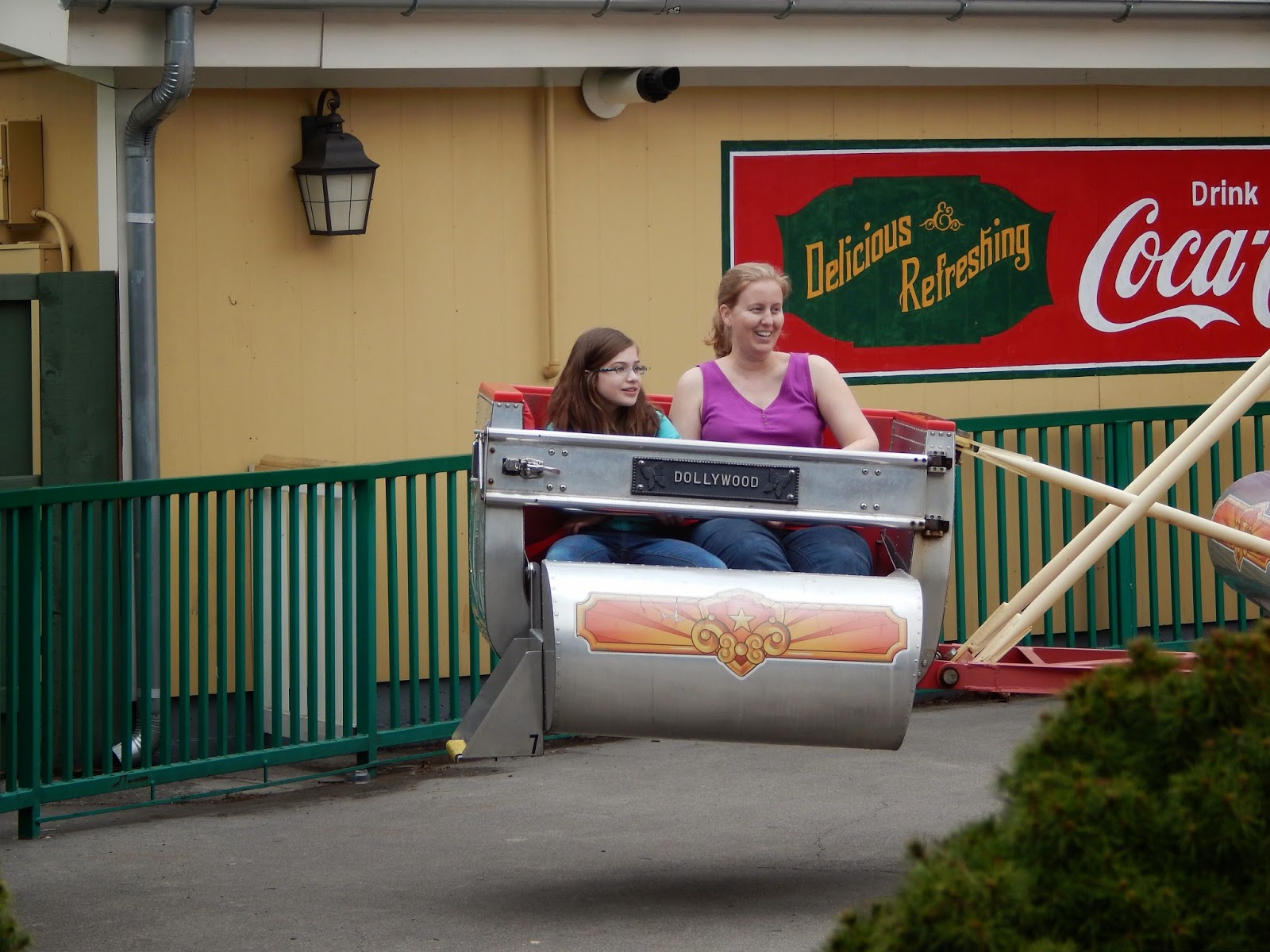 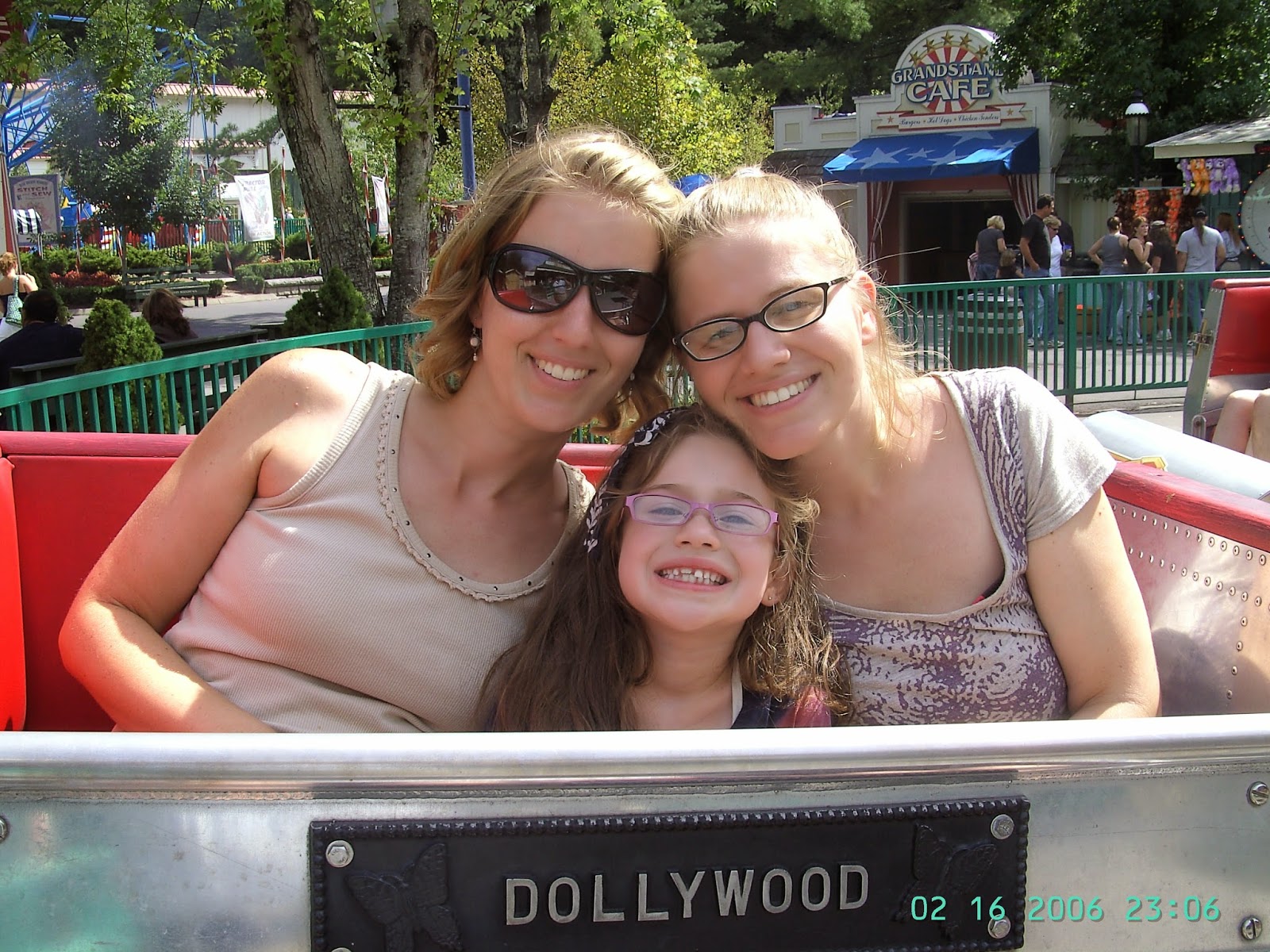 I like this pic of the Lemon Twist, because though it's hard to tell at first glance, it has all three of my children & Nena. Mom and Lucy super swirling... this would have made me SO sick! 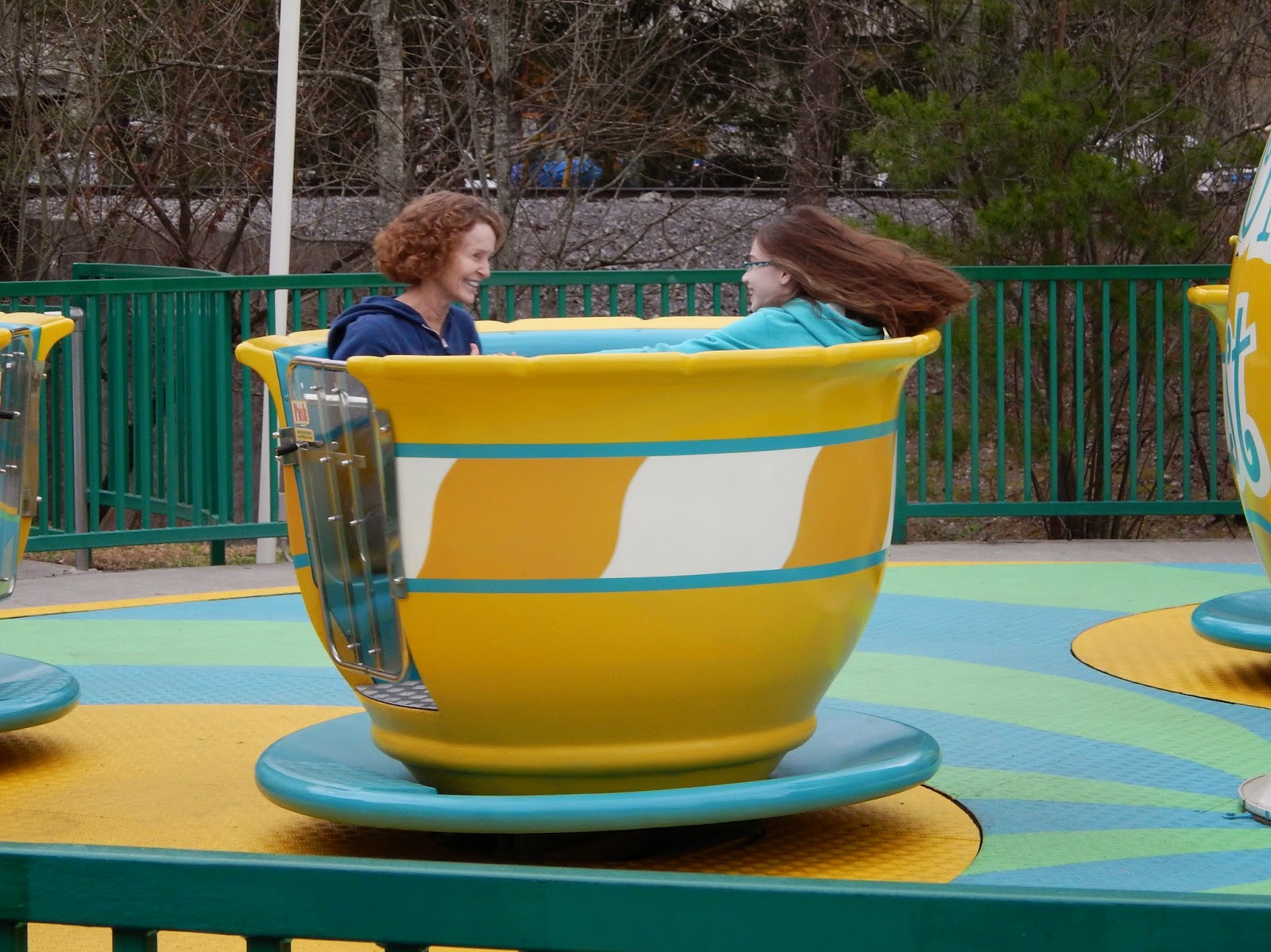 They each got a stuffed dog at one of the game booths.  Iris named hers Brownie. 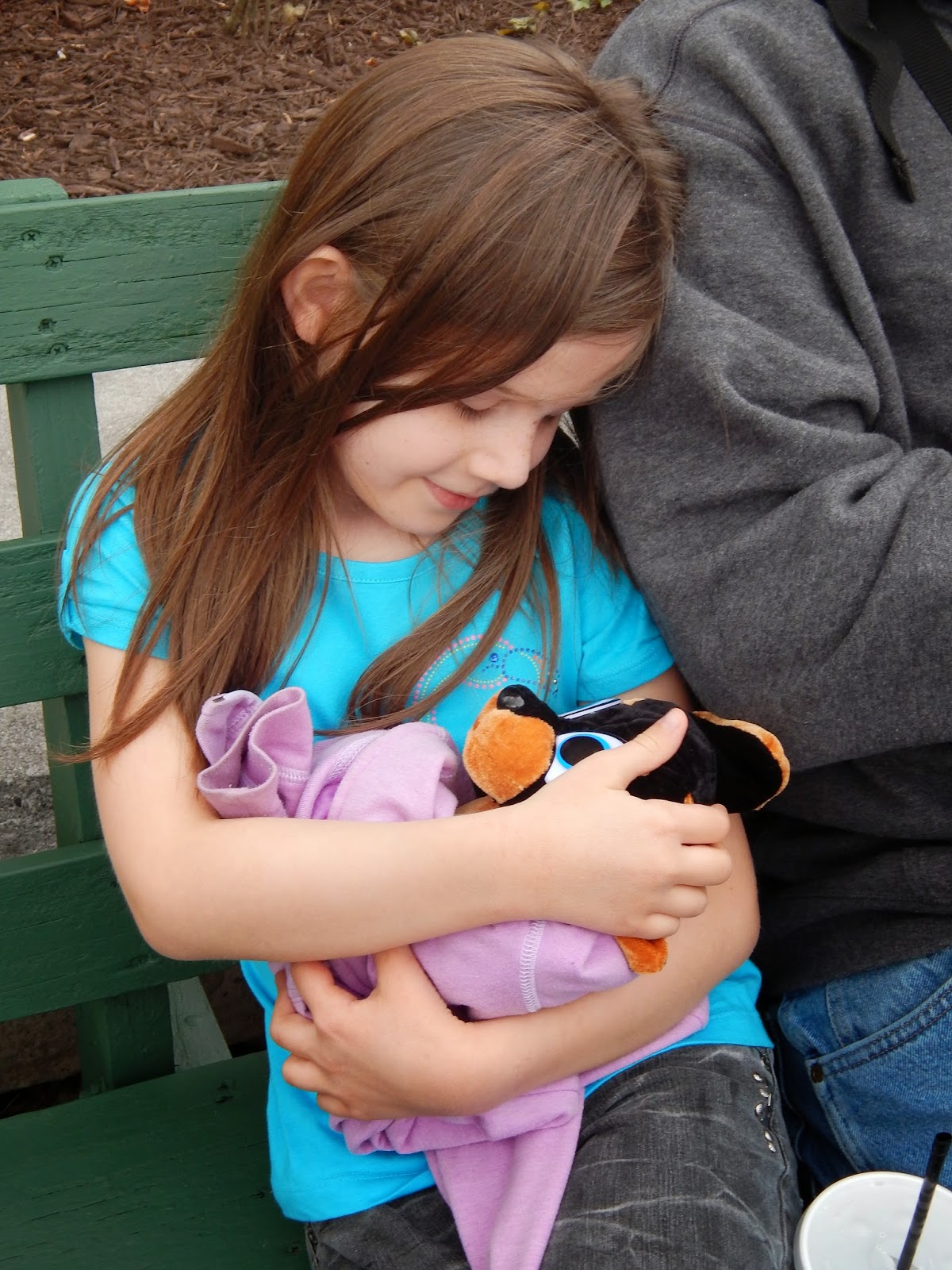 Lucy and Nena on the elephants... 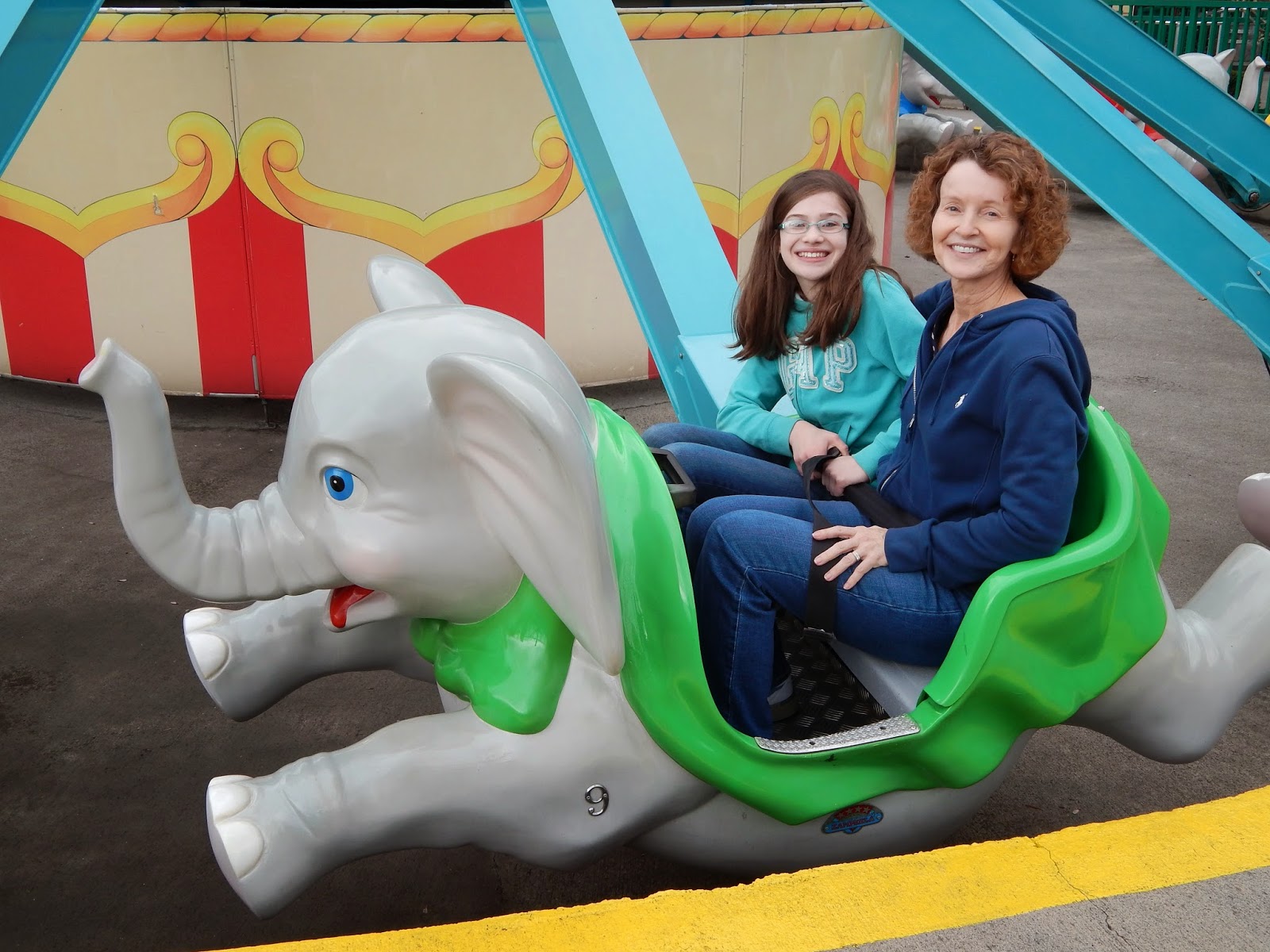 Iris showing her independence yet again! Clyde sweet talked me into riding this with him, and I have to say, it was a lot more like flying and less spinning than I imagined!  That's us at the bottom-ish facing you. 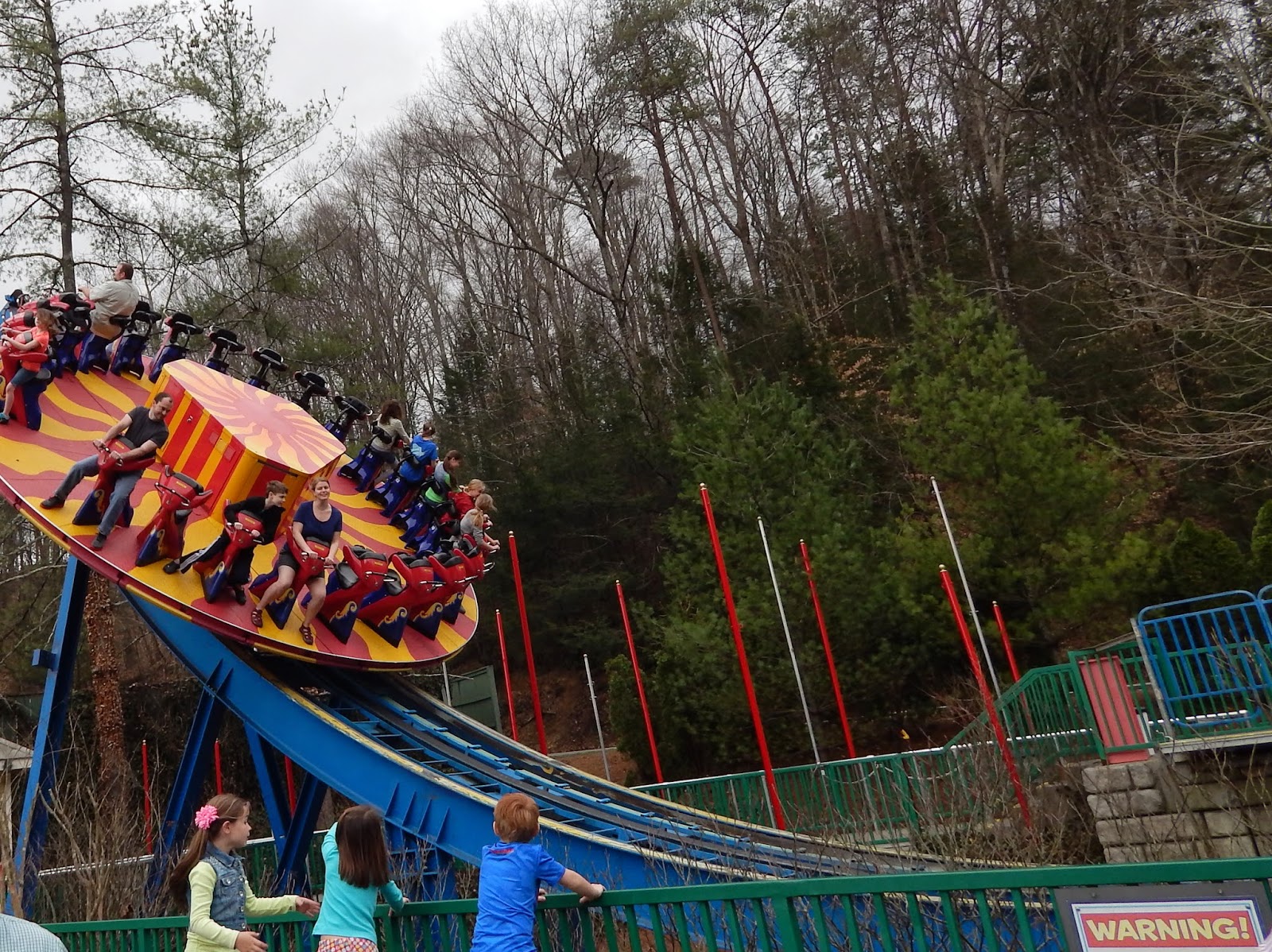 Iris and David on the elephants. 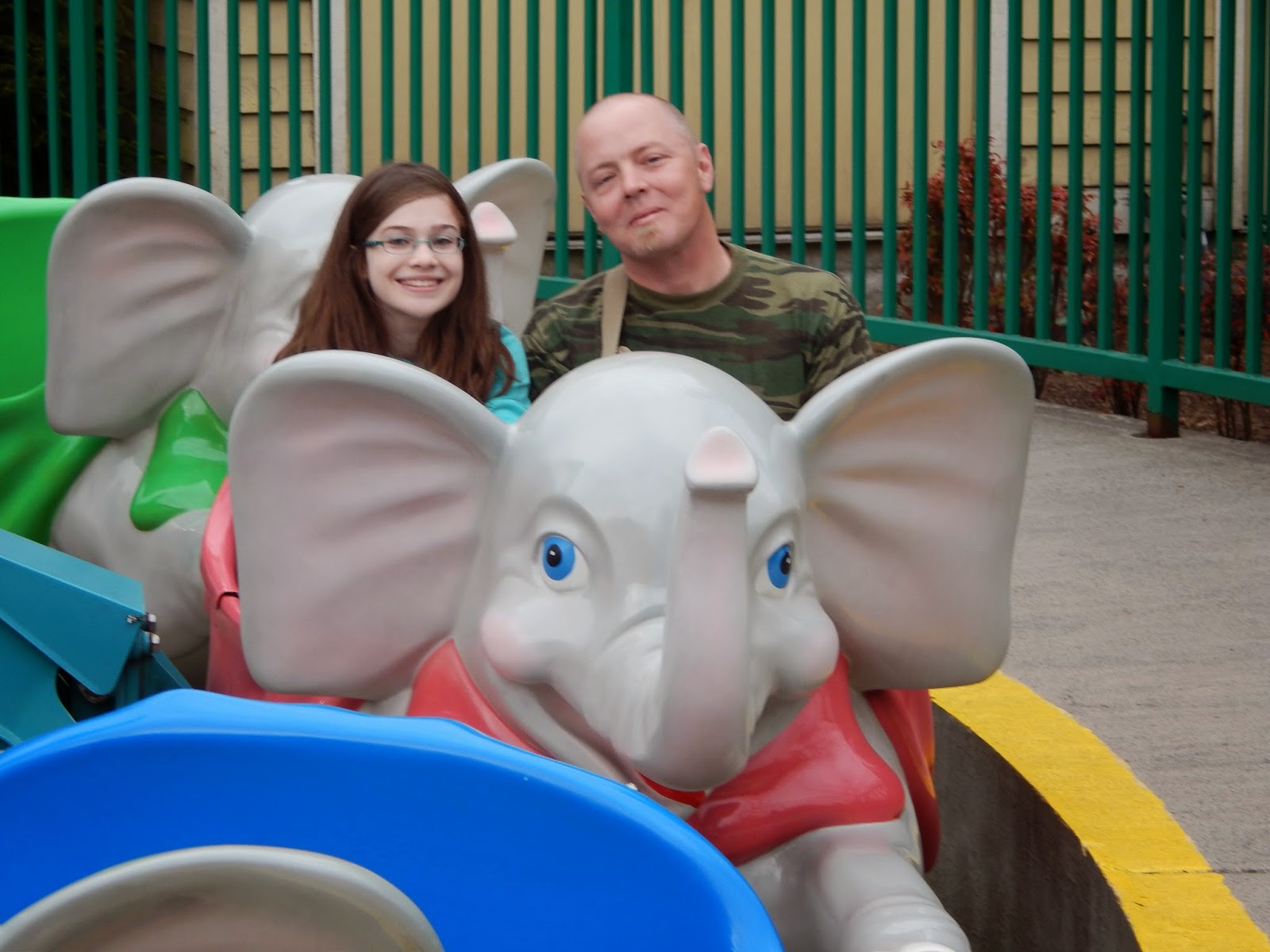 Stephen and Iris on the carousel. 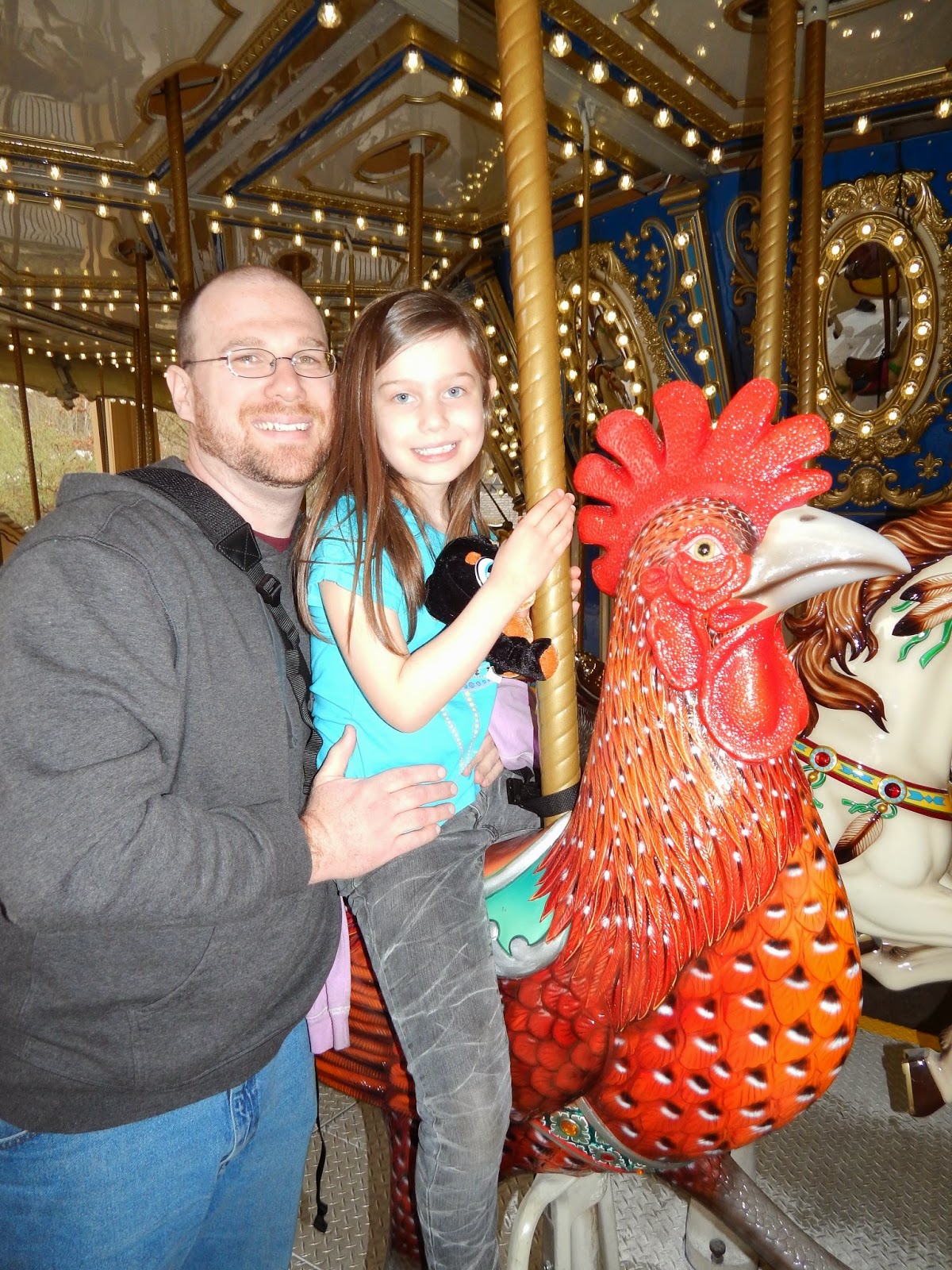 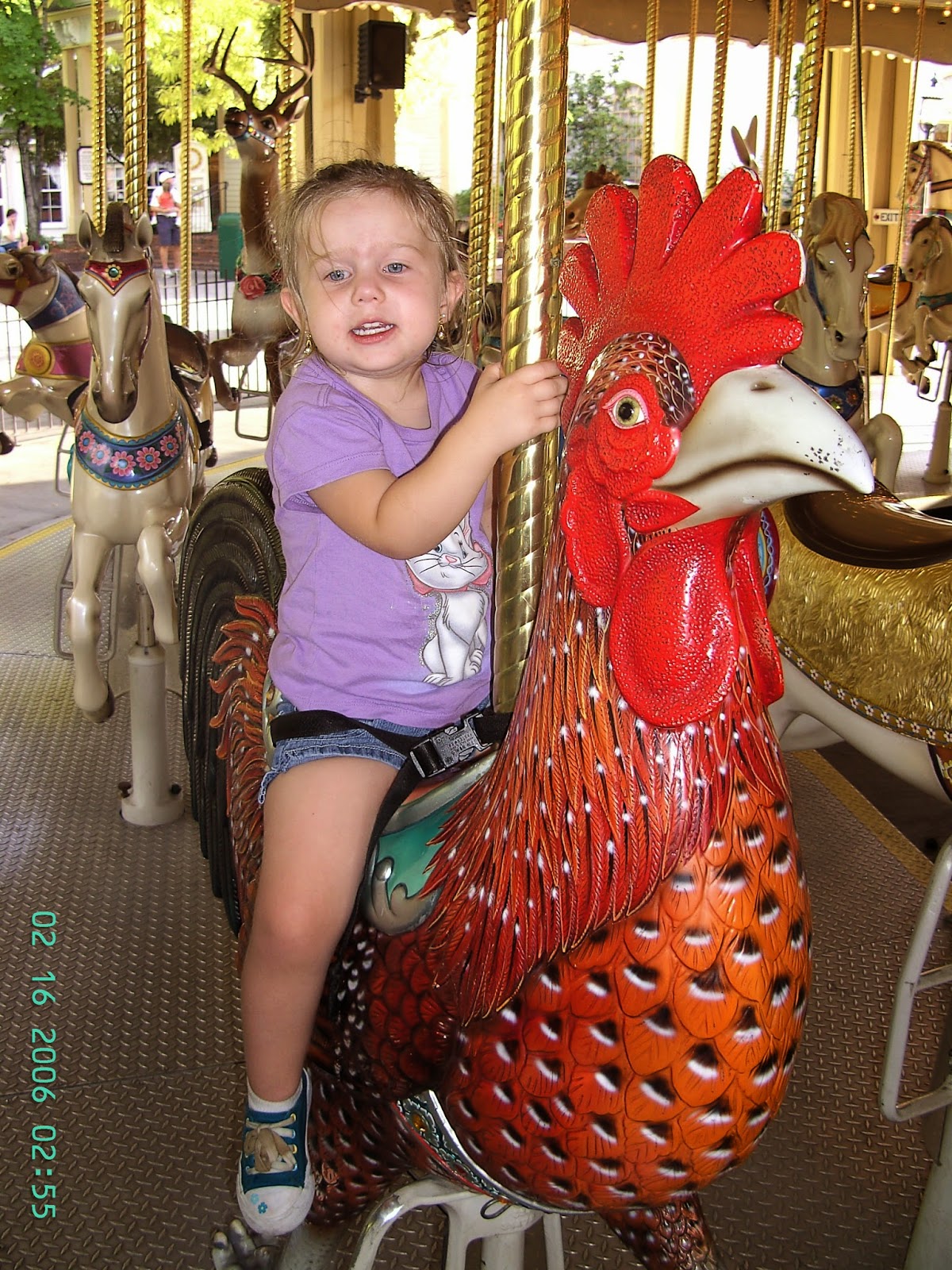 The End!
Posted by mirandagail at 8:07 PM