Lucy's drama class put on a production of a rather comical version of the 'Pied Piper.'  We saved QUITE a few seats since we invited grandparents, Sherry & David and several of Lucy's friends.  I think we took up a chunk of 17ish seats!

The character she portrayed was 'Dilly, the assistant exterminator.'  I know I'm biased, but she really did a great job.  She had her lines memorized early, and was very enthusiastic :)  She really enjoyed the experience and is rather disappointed that drama collides with her math class next year :(

Here she is with her overly abundant stage make-up, waiting until she's supposed to hide behind the curtain until the play starts.  She got this acting bug from her father who was in a total of five plays himself.  She got MUCH more nervous than she thought she would!  It was very contagious and I started getting nervous for her!  But her daddy told her it would dissipate on stage, and he was right! 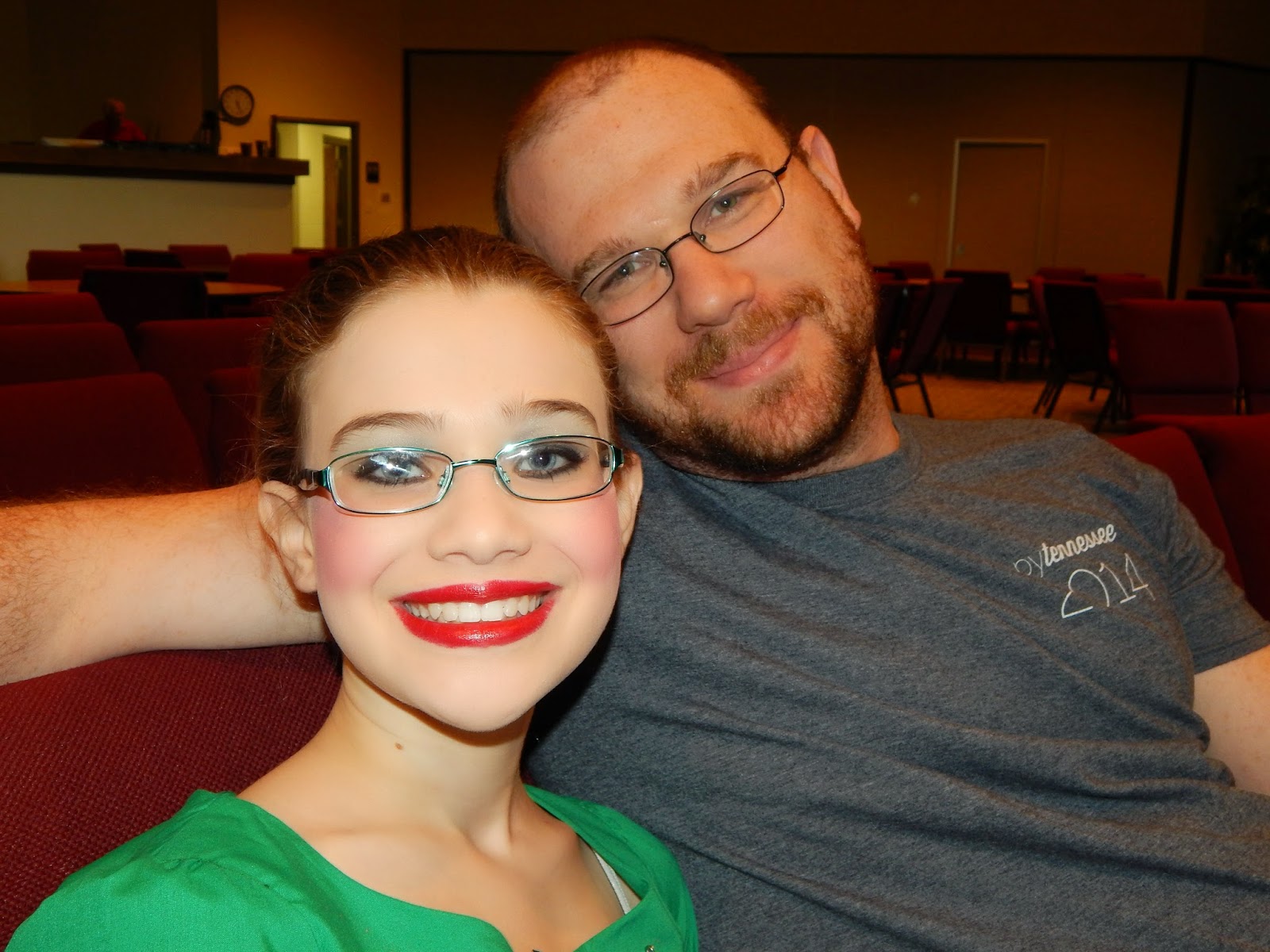 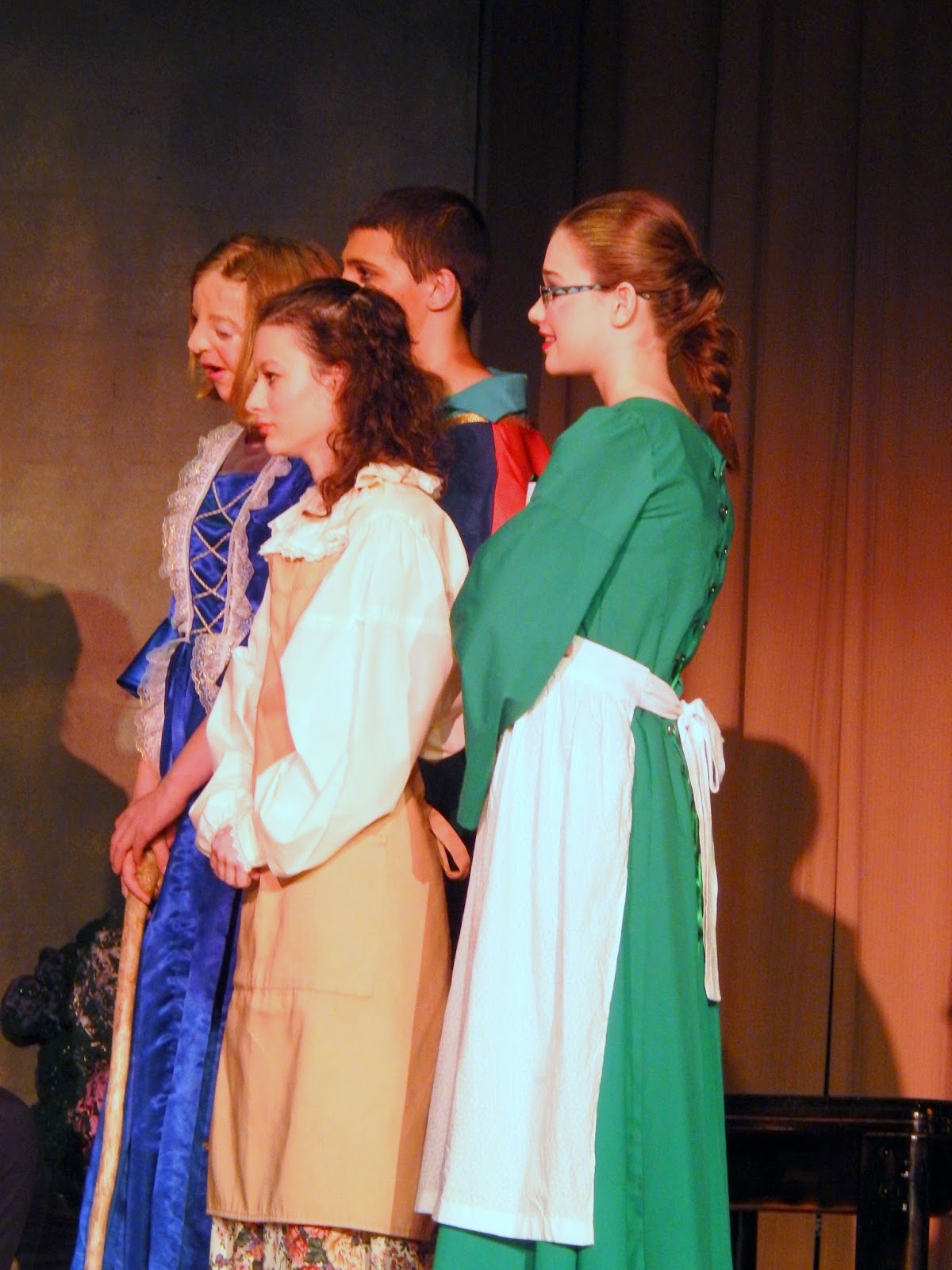 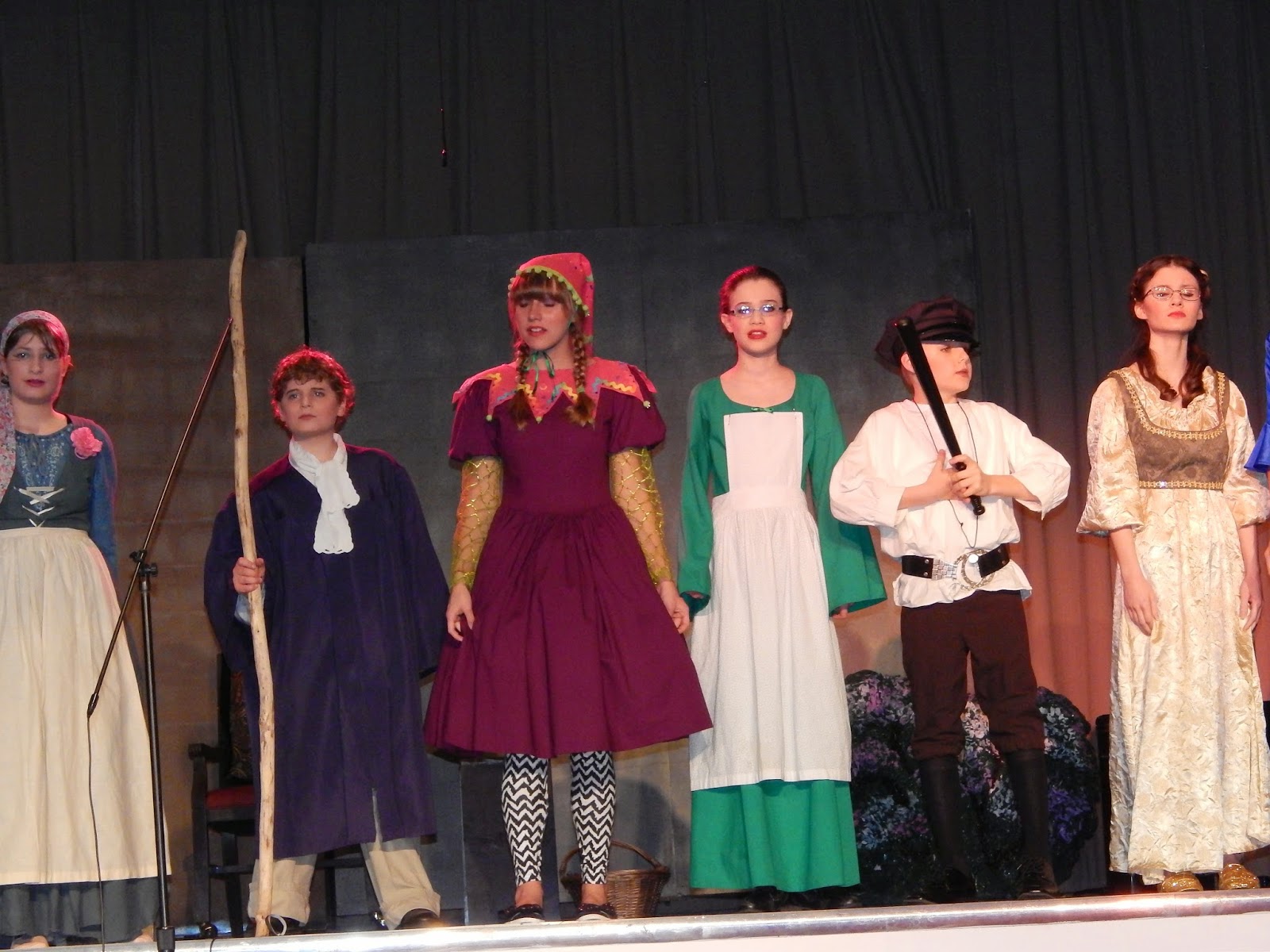 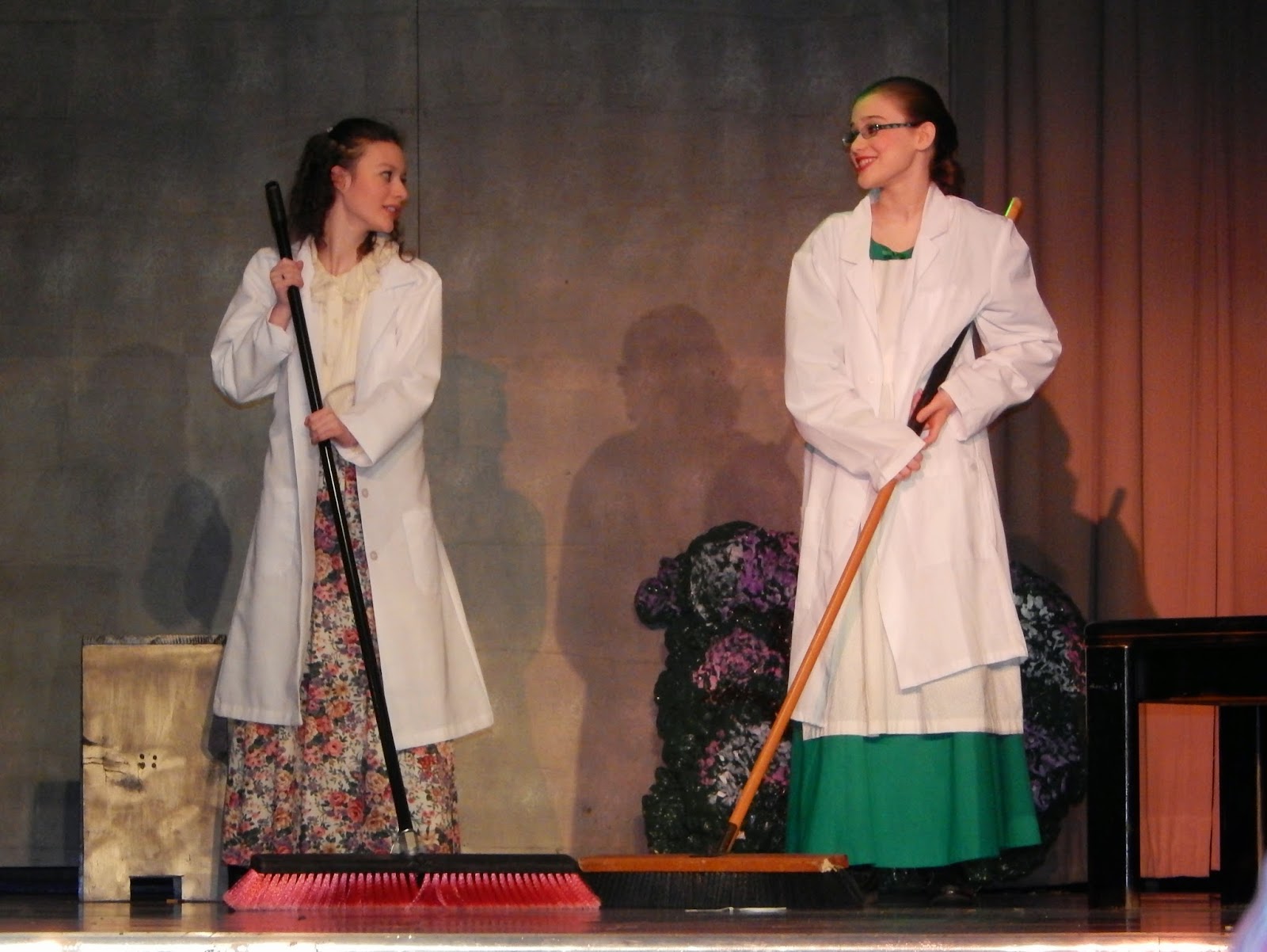 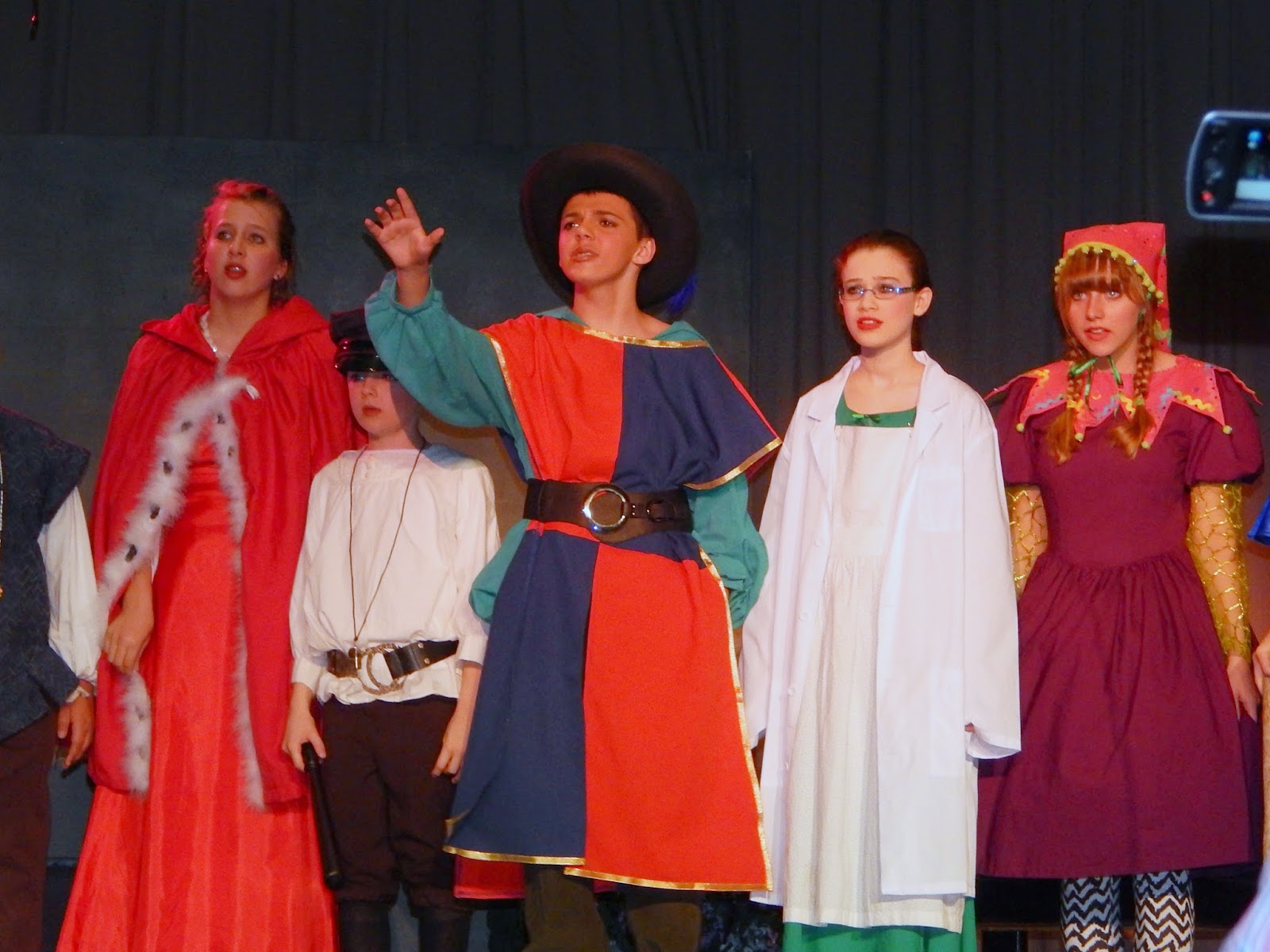 Afterwords, she posed with friends and siblings... 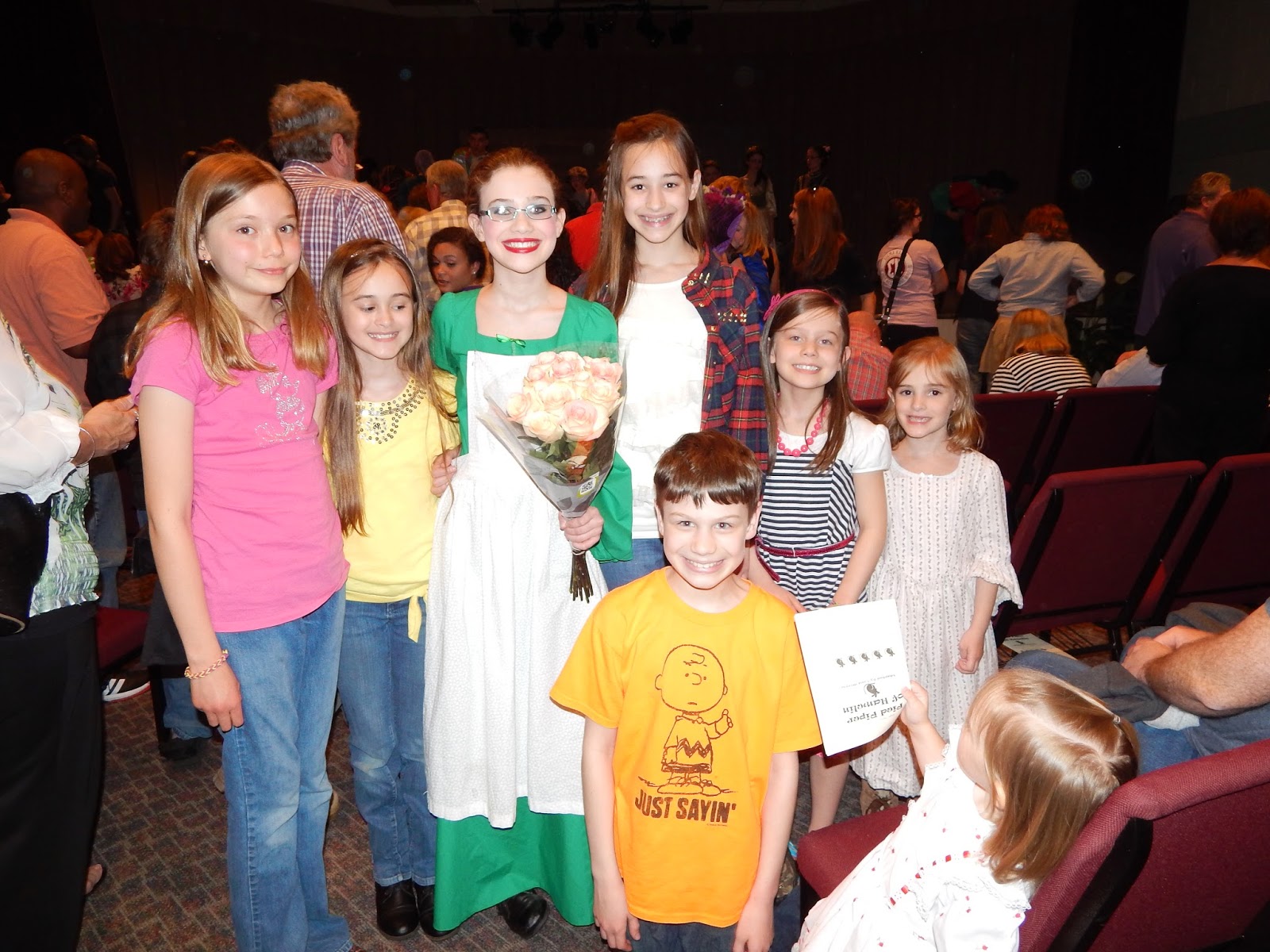 My picture of she and Sherry didn't turn out like I thought it did...    :(  But trust me, Sherry WAS there! 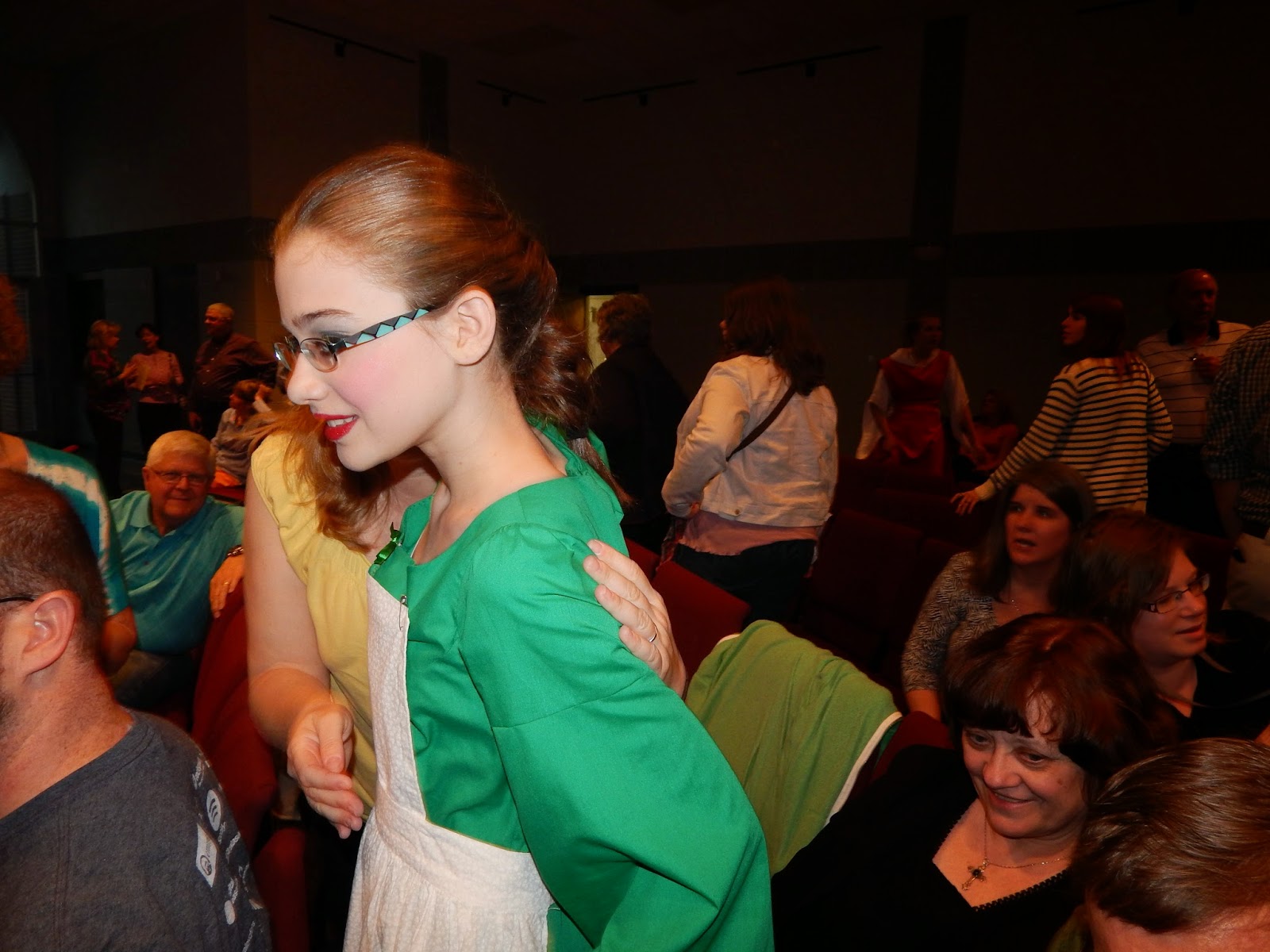 Grandmom & Grandad made the hour and a half round trip!! 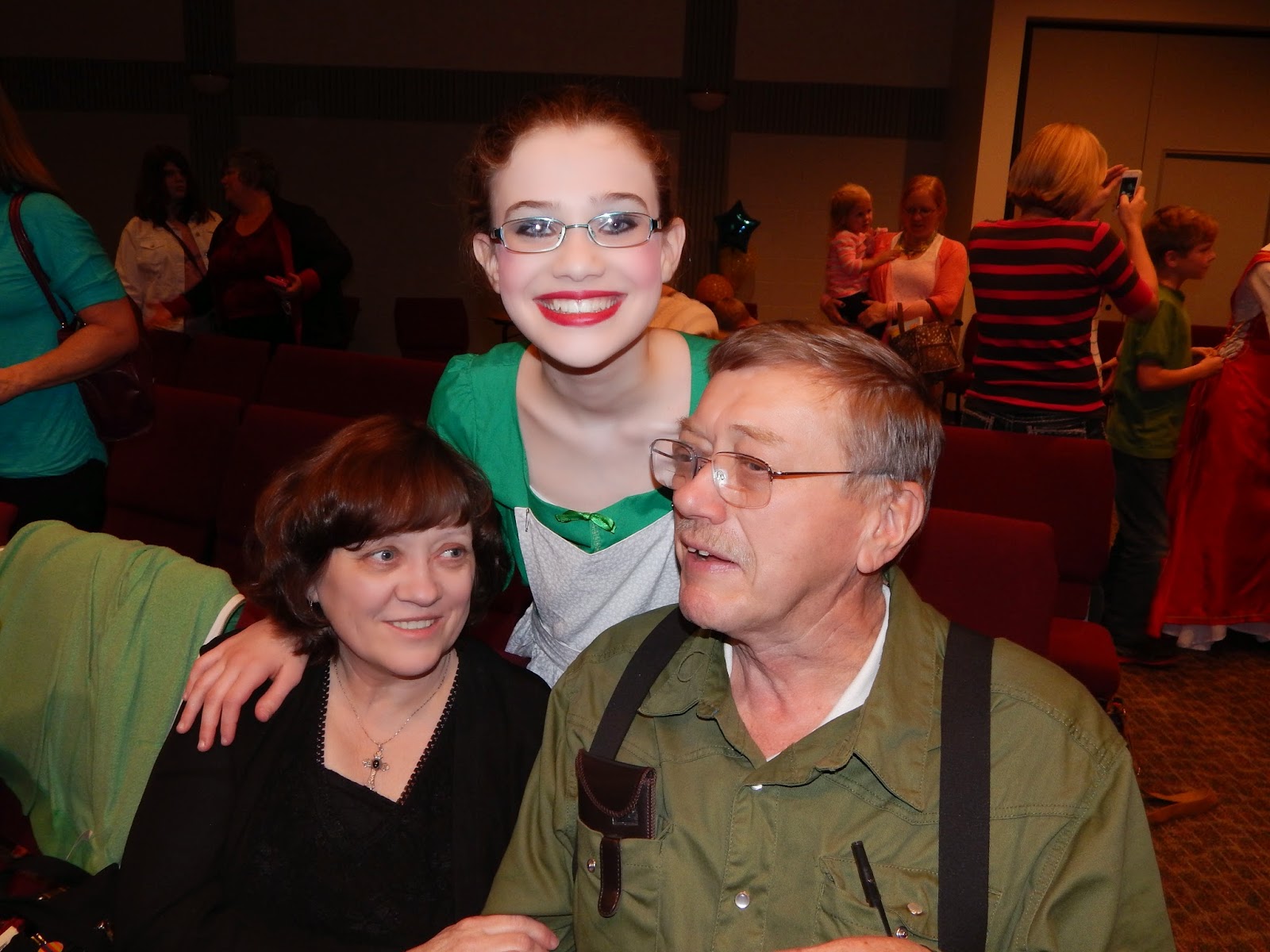 And Nena & Papa stayed up well past their bed time!! 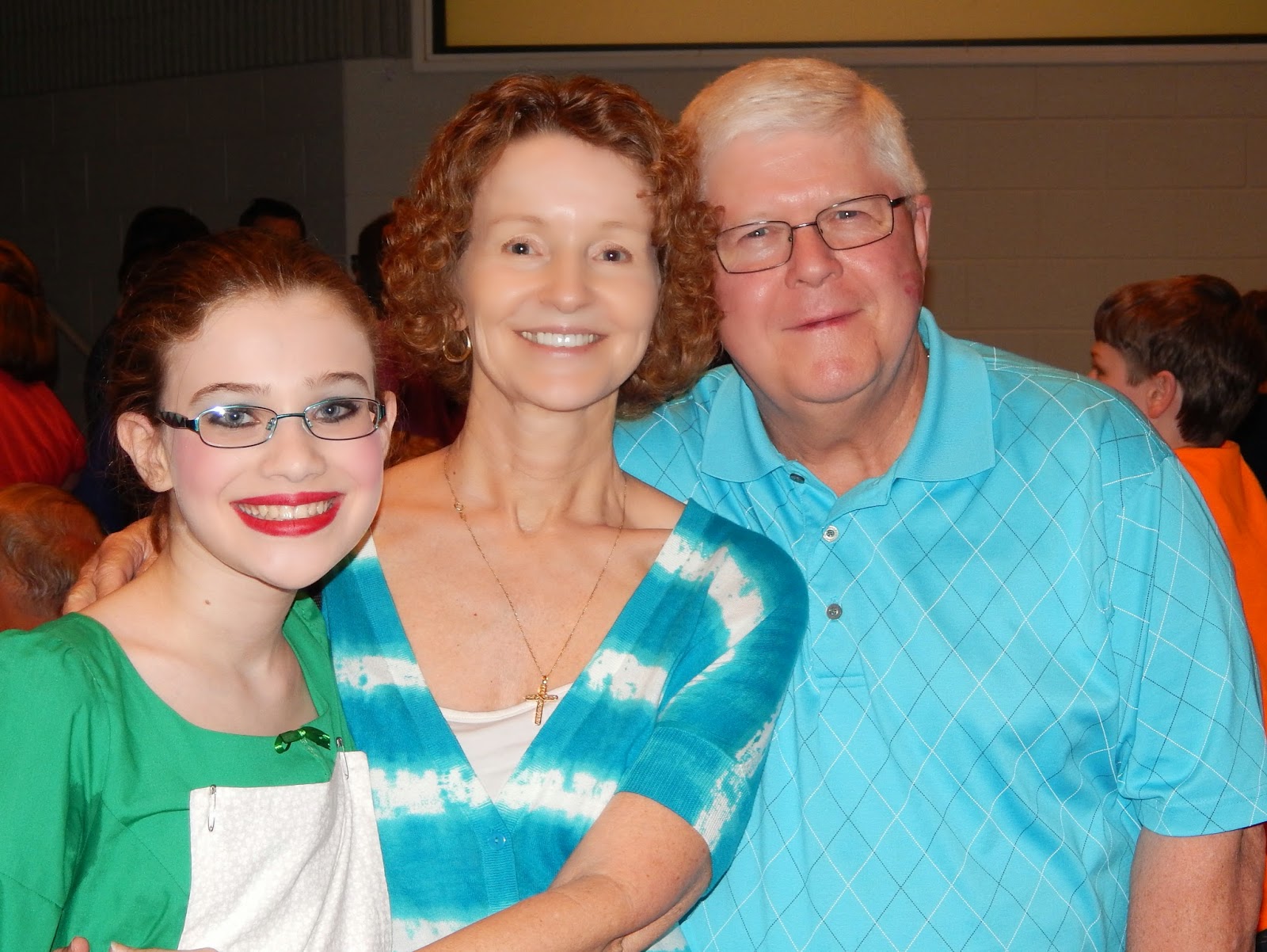 And here WE are, her proud peeps :) 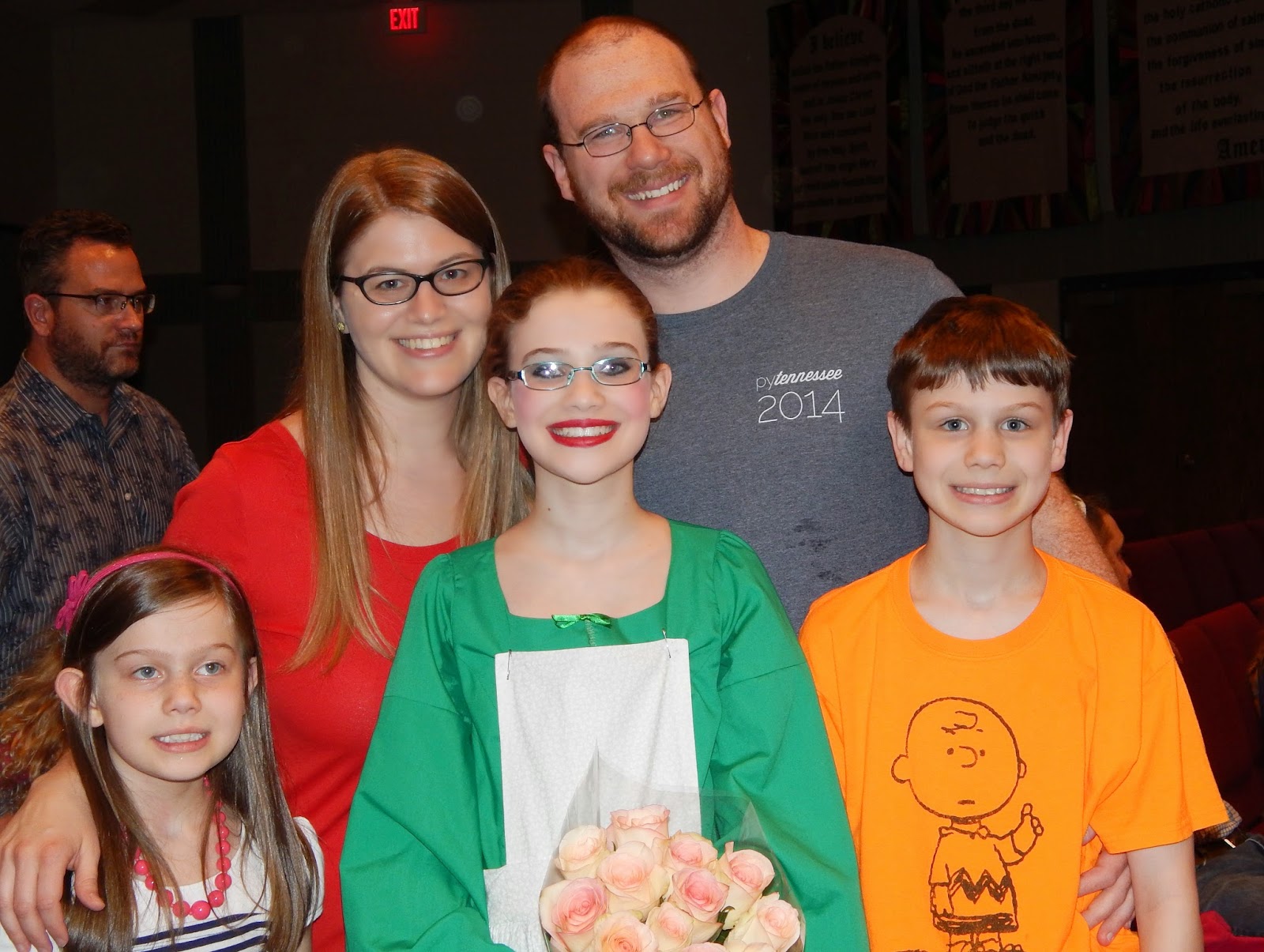 Little siblings are so easy to entertain anymore ;) 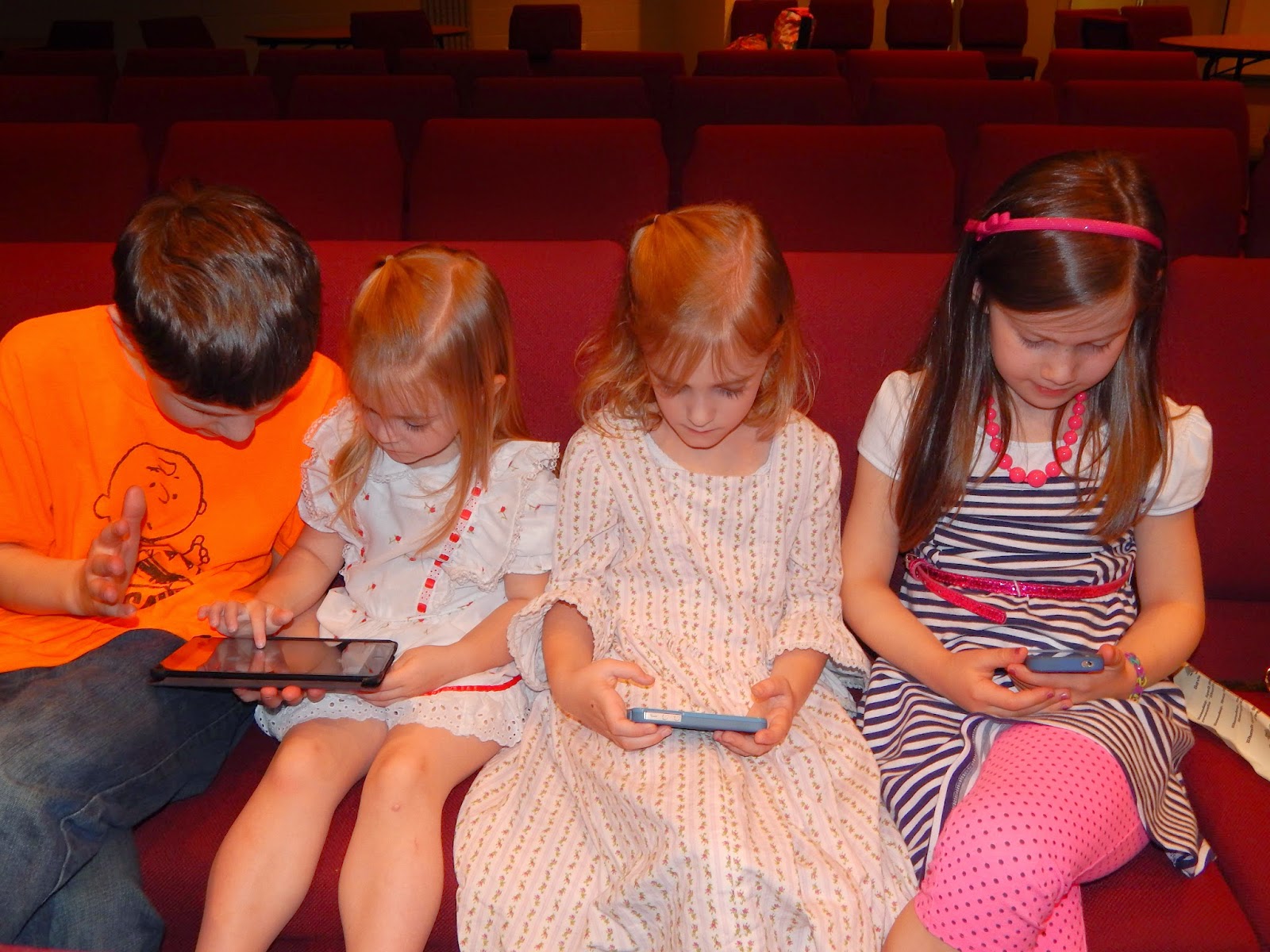 She did SO great!  Even the little kids were bummed when it was over!
Posted by mirandagail at 7:54 PM