I adore costumes!!  Always have...maybe more than the kids.

This year, the kids thought it would be cool to all dress like Star Wars characters.  For a month or so, Clyde thought about going rogue on us, and I realized how attached I was to the idea.  But he came around whole-heartedly after awhile.

Lucy knew from the beginning that she was going to be Queen Amidala.  We opted against the make-up...as it stung her skin.  For her pictures, she wouldn't smile, because she was remaining in character. 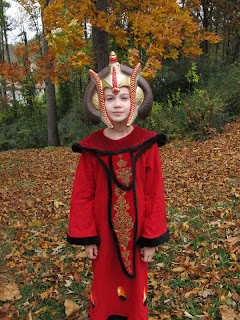 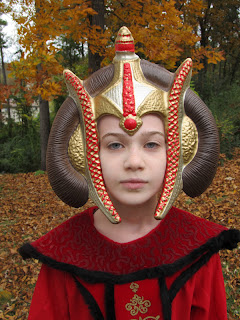 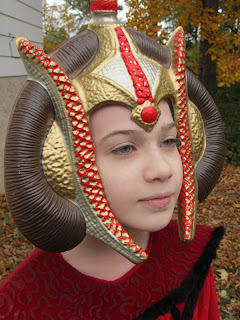 Iris was the second to decide.  She really wanted to be Princess Leia in her Ewok Village dress.  But then she changed her mind when she saw the Padme outfit.  It was love at first sight. 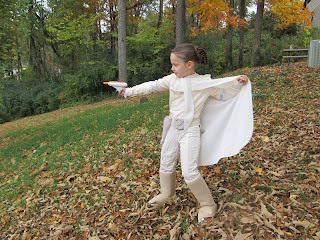 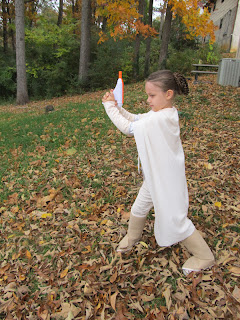 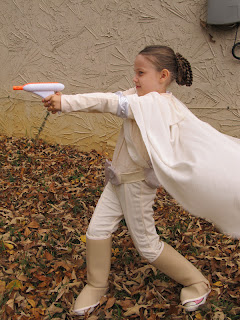 The girls were only slightly distressed when they realized they were the same person.  But then they decided that when they were in the same room, Lucy would actually be Sabe, Queen Amidala's decoy.  Then they researched via Star Wars encyclopedia and found that the queen and her decoy used secret hand signals that only they knew to communicate when incognito.  So they made up secret hand signals too.

Clyde decided on Boba Fett.  He's been a Fett fan for a while now, but I think the green lights you can turn on, on the helmet, swayed him some.  That and his favorite, General Grievous, apparently didn't look authentic enough.  It is very difficult to get a picture of Clyde.  Sometimes I feel that there is a huge discrepancy in the volume of his pics versus the girls pics, but the sweet child moves so! (Incidentally, this is the first year since I dressed him as a turtle when he was 10 months olds that he hasn't had a sword and hat....I guess a blaster and helmet are good substitutes.) 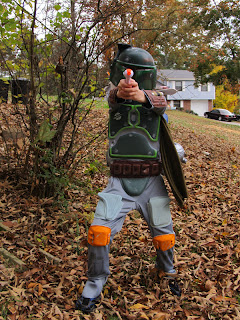 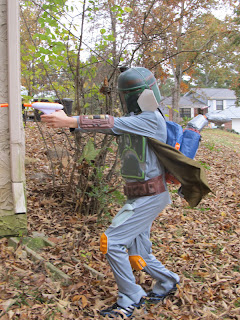 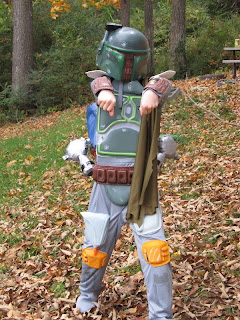 The Sunday before the 31st we went to the Nature Center.  They had booths set up, with not a lot of candy and food emphasis, which we prefer with our allergies.  Just give us the fun...no food please! 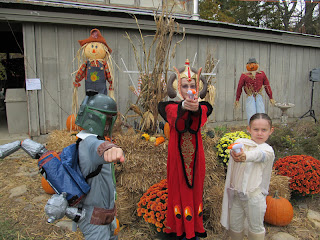 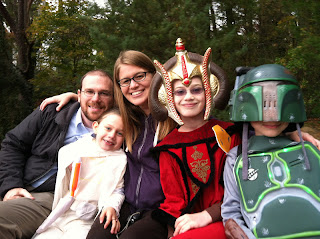 Queen Amidala on her white steed and winning a potato sack race... 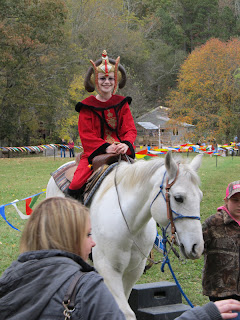 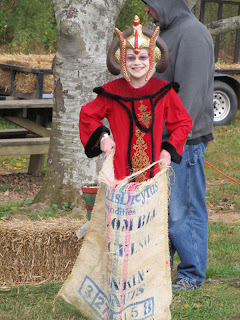 Bobba Fett climbing a giant spider web and tossing rings over coke bottles.  That yellow blur in the middle of the picture is a ring coming at the photographer ;)  These activities are easier for bounty hunters to perform without their helmets! 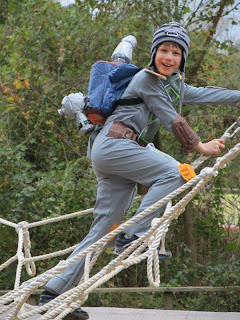 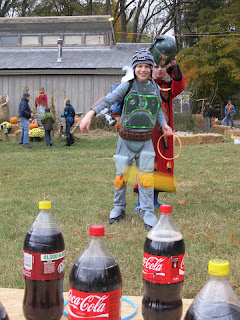 Padme is bowling with a pumpkin, cheering when she knocks down the pins and pondering life. 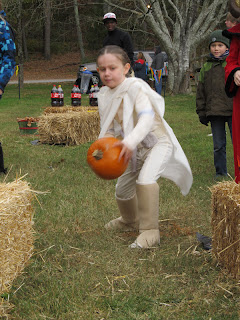 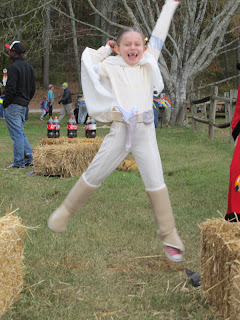 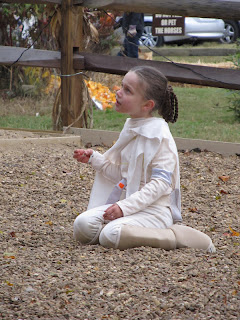 Posted by mirandagail at 9:49 PM