During the first half of the week, when we weren't on the beach, we were at the Condo's pool, play fountain and lazy river area!  It was very cool!  I do believe that the little lazy river was the most popular part with our kids. 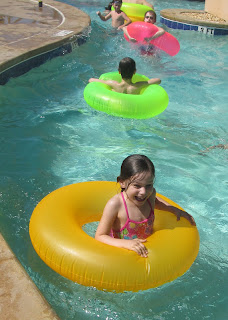 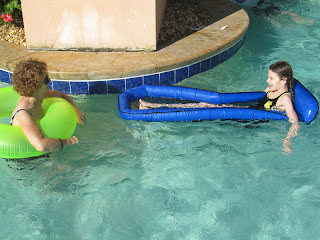 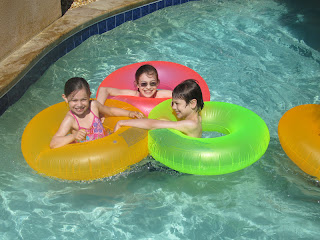 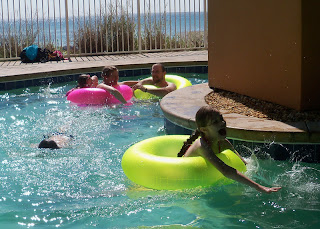 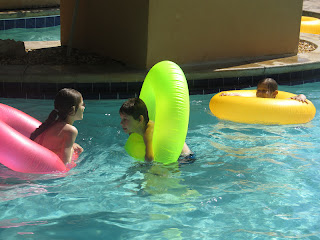 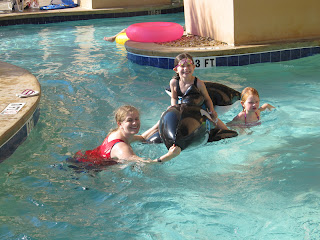 One day we watched the kids shop with their money.  It was interesting to see the different things they chose.

Iris bought a ukelele (because we don't let her play with Clyde's :).  Hers has a pink Hawaiian print on it.

Clyde bought a real puffer fish (to hang from the ceiling), a small turtle made of shells and a real dead shark in a jar of formaldehyde. YUCK!

Lucy bought this adorable necklace, where you crack open a oyster to retrieve the pearl that goes in your necklace.  The mystery of what color it would be was terribly exciting to her. (white) 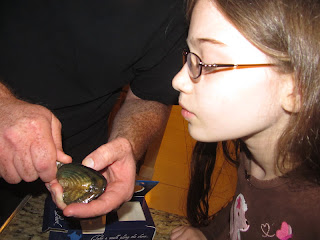 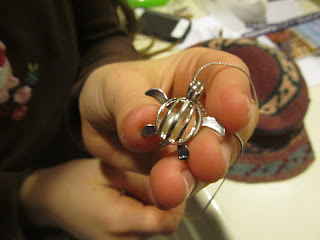 After this, Iris thought her necklace was so spectacular, she went back and bought a starfish one.  Here is her pearl.  (lavender) 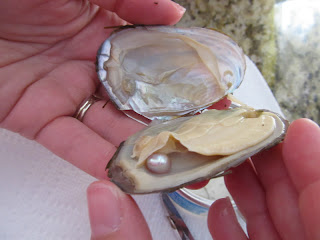 One night Stephen and I got to go out by ourselves :)  We went to Margaritaville for dinner, played laser tag, then had dessert at a German restaurant.  Yum!!  I've never played laser tag before and I was surprised at how terrified I was at the suspense of Stephen jumping up and shooting me.  I got VERY into it, but he won :/ 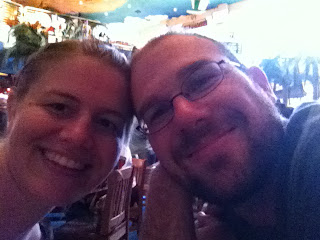 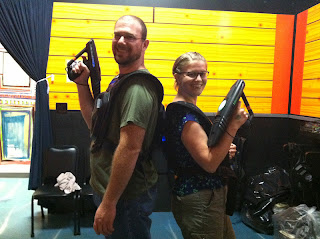 Sherry and David went on a date one night and the rest of us went to Margaritaville.  They did an EXCEPTIONAL job working with food allergies.  The manager even came to check on Lucy and make sure she was enjoying her food. 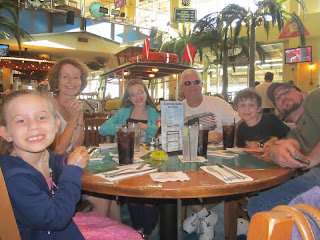 The plan was to spend the rest of the week in the water, but Lucy got a puncture wound in her foot.  We took her to an Doc-in-a-box and the Dr. wanted her to keep her foot out of the ocean and the pool.  So the next day we found some miniature golf.  Sherry and David had left that morning to head back home, so that's why they're not in the pics. 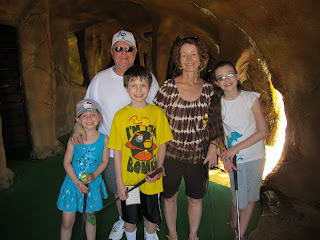 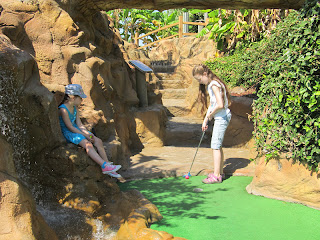 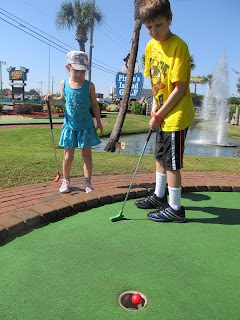 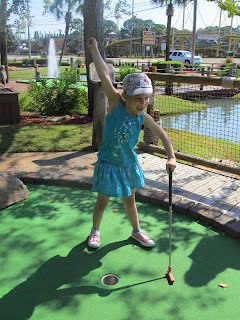