Fishing in the Gulf with the Boys

On Tuesday, Papa, Uncle David and Daddy took my boy fishing.  I was a little bit paranoid and gave each of the grown-ups a good grilling about keeping an eye on him.  No letting him climb.  Tie him to the pier.  No letting him get  pulled by a shark into the ocean.  Stephen swore that if my baby fell/got pulled in, he would jump in after him, lift him up out of the water and with his dying breath pass him to the other rescuers then sink slowly to the bottom like Leonardo in Titanic.

David took them to Walmart and informed Stephen that he and Clyde would need a long-sleeve shirt for this adventure.  He also recommended matching ones!  Thank you, David!!!  I LOVE the shirts in these pictures :D  They bought rods and David bought squid.  (Eeeww...the stink!!  It is still in my bath scrunchee-it's gotta be tossed!)  Then they went out on the peir.

And the fishing commenced. 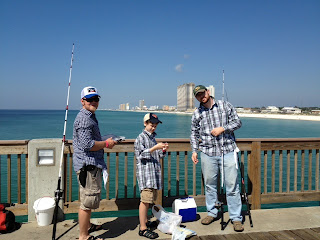 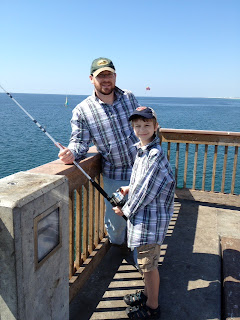 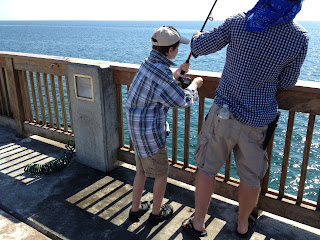 They caught untold amounts of remora, apparently.  No other fish, but that was certainly enough for Clyde.  He was VERY excited. 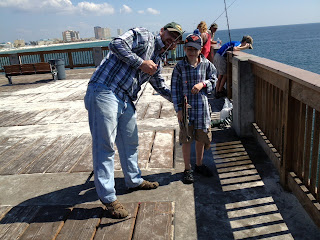 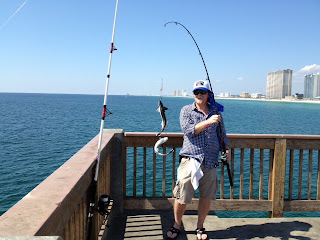 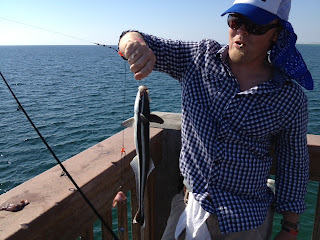 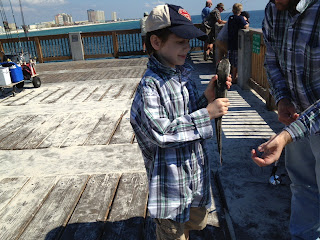 Here he is suctioning a remora to one of the lights ;) 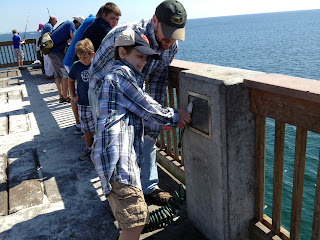 He was even more excited by what they SAW!  Many flounder, many dolphings, a seaturtle!, and a 6 FOOT HAMMERHEAD SHARK!! 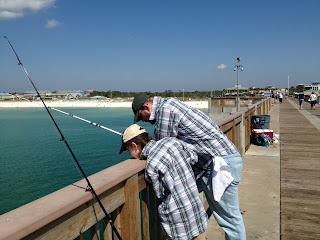 So thankful he got to do this!
Posted by mirandagail at 7:06 PM