This year is the first year since the kids were very small that I didn't let them pick out whatever costume they wanted.  I've always saved up beforehand, because I HEART DRESSING UP!  This year, I (sort-of) gave in to what Stephen has wanted me to do for years.

"Kids, I'm afraid we're going to have to be creative this year and come up with a costume from what you have."  I'm cringing as I say it wondering if I'll be able to stay strong against the coming disappointment.

The kids start getting all excited, jumping up and down, discussing different ideas.

I'm looking all bewildered.  What?  They're excited about this?

They rush downstairs and go through the bins of STUFF.

Iris quickly declares herself a Snow Queen.  She starts to frantically figure out a crown or tiara.  I pull out my wedding tiara-ish hair comb and the child goes NUTS!!  I mean...that meant much more to her than I realized!

Lucy took a few days and settled on Lucille Ball.  This is where the "sort-of" came in.  I did technically buy her something for this costume....a $9 wig.  But Stephen was  more than happy to let me make that small purchase....he still couldn't believe I wasn't trying to order entire costumes.

Clyde's ideas bounced around like crazy...a  minion?  a purple minion?  Zeus?  Mercury?  He really wanted to be a minion dressed as Mercury.  I told him to pick one.  Then he found a minion hat at the Days of Yesteryear festival and that decided for him.  So at $11 for the toboggan, $5 for the yellow shirts I pieced together, and $10 for the denim to try to put some overalls together, his was the most expensive costume this year.  But with Iris's being free and Lucy's being cheap, Stephen was quite reasonable about this.  He did watch me visit thrift stores and discount stores trying to frantically find a yellow shirt and overalls.  We just have a lot more girly dress-up stuff than boy dress-up stuff!

So here are the final pics!  I got more varied shots of Clyde and Iris, because Lucy was at Victorian school when I took them...her pics were a bit more hurried as I took them right before a festival. 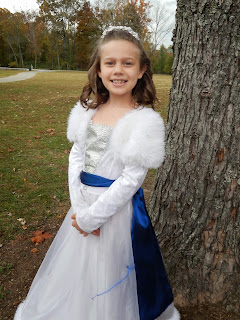 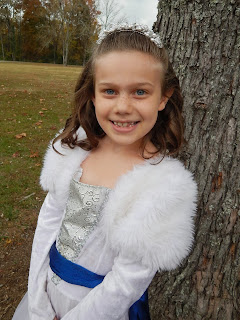 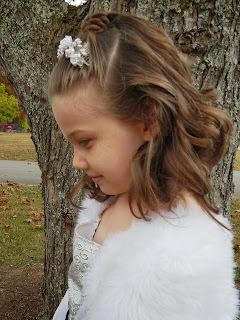 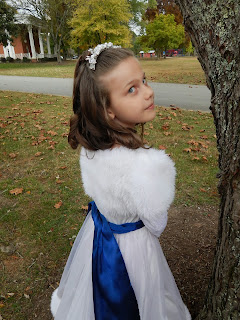 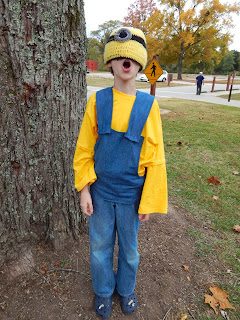 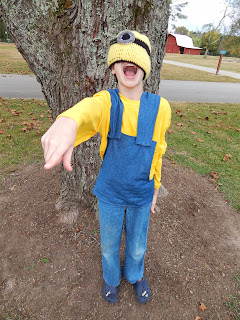 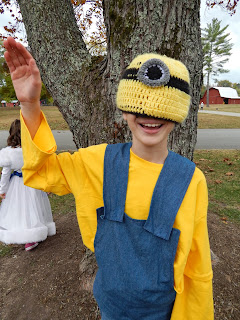 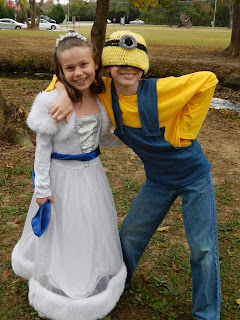 This sneak attempt at a peck on the cheek totally shocked the sister who
is always pushed away when she tries to give him a kiss! 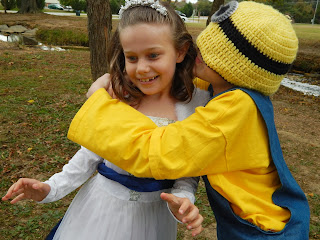 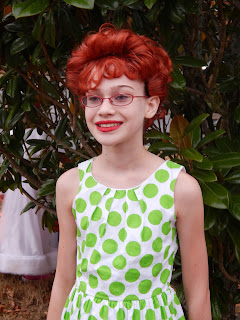 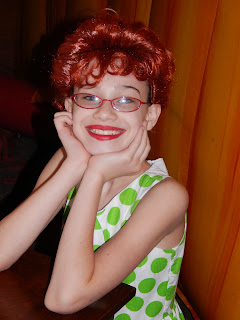 This is her mouth-stuffed-with-chocolates face. 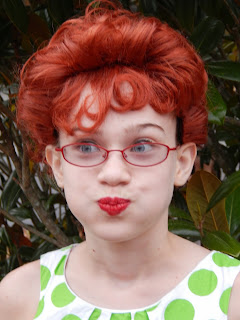 Posted by mirandagail at 6:55 PM