After our vacation we were able to make the last day of the annual Days of Yesteryear festival that my Dad helps out with.  We haven't missed one since the first one we attended when the kids were tiny, so we were excited to make it. 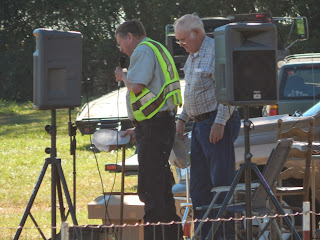 Someone who is part of the association that puts on this festival actually built this little pedal-go-round. 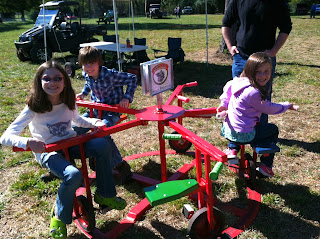 It's kind of funny...last year, the kids weren't as interested in the tractor train as they used to be, but THIS year, you would have thought they'd never seen it before- they were that excited!  They rode it 4 or 5 times.

This train started out with just a few white barrels that the man who drives it attatched to wheels and pulled around.  Then he painted a few.  Then he made those painted ones resemble brands of tractors.  Then other members of the organization started taking them home and decorating their own...so there is much creativity to this train now!

Here's Clyde in the tow-truck barrel.  Notice the blonde lady sitting on a little seat on the back of the tractor.  I got on that seat...it is SCARY. 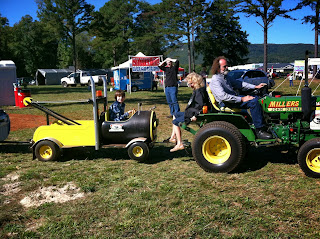 The girls in some of the shiney barrels...check out the eyelashes and horn on that pink one! 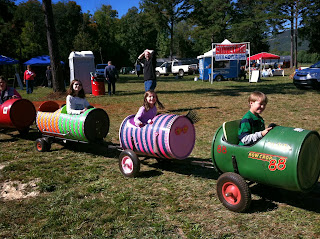 The driver decided it would be fun to drive around the Daddy! 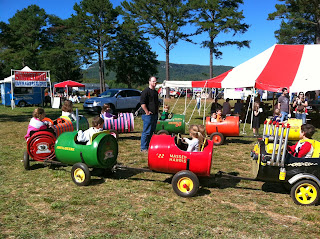 Clyde picked out this hat at one of the booths. 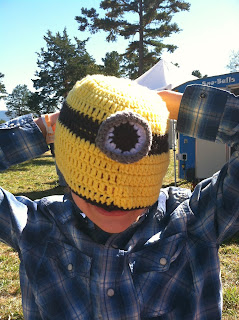 Lucy tried this one on for fun at the same booth. 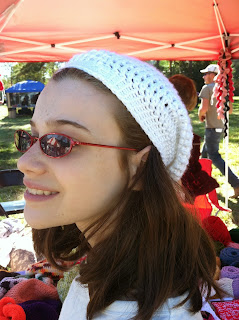 We watched this blacksmith.  He and Stephen got to talking and we found out that he grew up in Colonial Williamsburg...his dad was one of the reenactor craftsmen there.  So as a child, this guy would run down to the blacksmith shop and help out down there.  Pretty interesting childhood, huh? 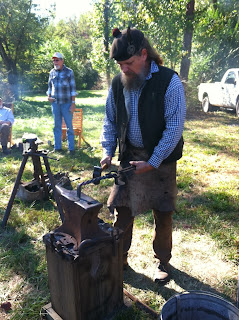 The kids were playing with some of his cool stuff.  He showed them how when you pull this pole, it tips the hot pitcher and poors water. 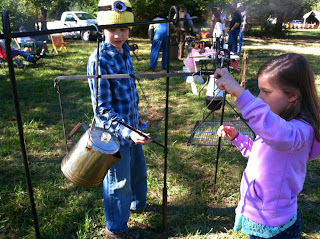 We watched a chainsaw carver... 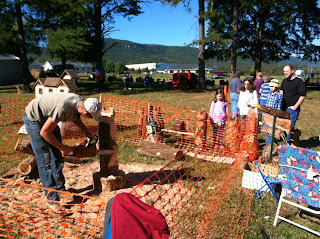 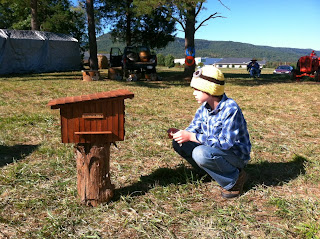 Kids give Grandad a hug.  Also, oddly enough, I met this lady on the left and her name is Janet.  Grandmom WAS there...I just didn't get any pics. 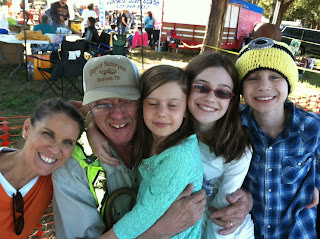 Fun at Days of Yesteryear!!!
Posted by mirandagail at 7:50 PM