Last Thursday, my Mom took me and the kids to the Tellus Science Museum.  Clyde was pretty pumped, as he is my science buff.  The girls weren't really sure how they felt about going.  Turned out, no worry was needed, they loved it!

When you first enter,  there's a large Foucalt's pendulum demonstrating the Earth's rotation.  They have these little blocks standing up around the compass, and the bob knocks one down every ten minutes. 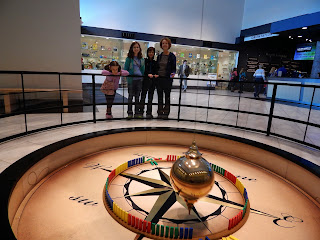 The kids and I in front of one of the world's largest geodes, found in Brazil.  They all loved this, but Clyde is my rock man...he was pretty pumped. They all took pics of it with their cameras. 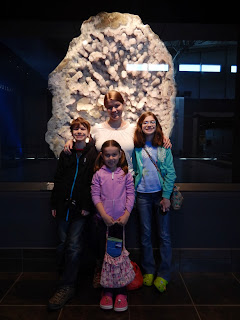 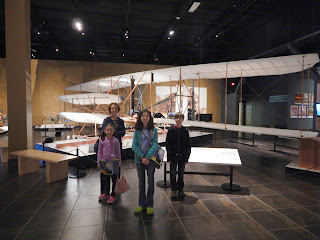 They had many models of early cars.  They each had a flawless  mirror upon which they sat so you could see the undercarriage clearly.  Lucy was actually interested in these, since they were built/used during the Victorian era, which she is studying right now. 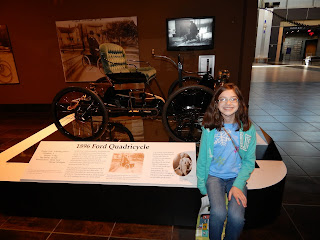 Iris in a space suit. 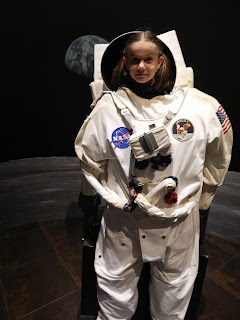 My dark-hooded son walking around taking pictures.  This is what he looked like most of the time. 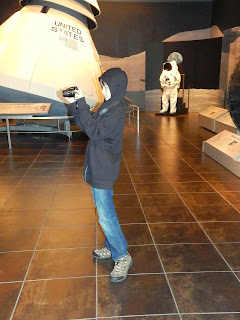 Mom and Lucy playing with light and color. 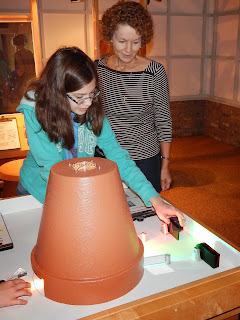 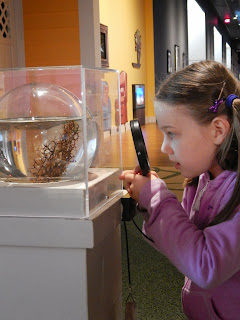 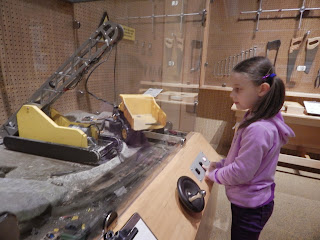 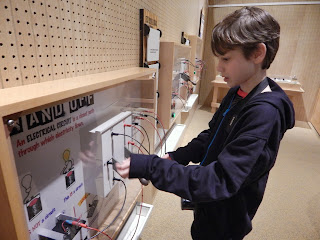 Mom and kids panning for gemstones.  (I did this too...it was quite fun.) 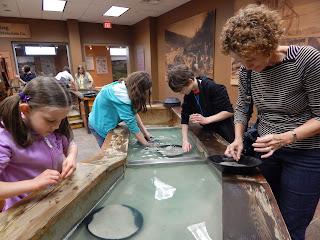 Lucy and I dig for fossils. 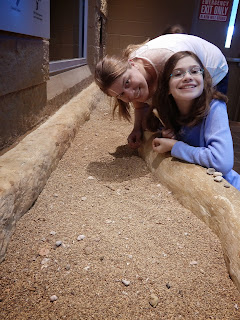 Since she's studying Chemistry right now, she was pretty excited about this periodic table! 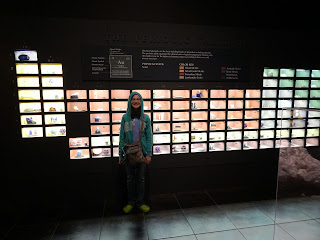 Clyde decided to snap a picture of EVERY rock in the Mineral exhibit.  Because Mom and I would have gone nuts, he was not able to do this, but he sure tried! 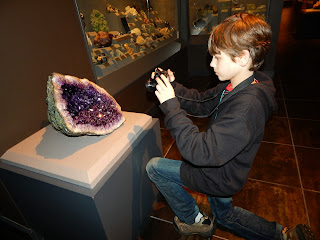 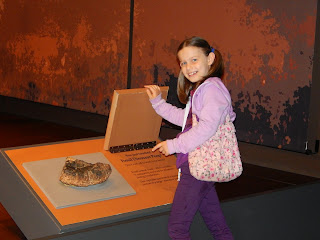 Kids and I in front of T-rex.  Clyde appears to be throwing gang signs, but he looked confused when we asked him where he learned this one. 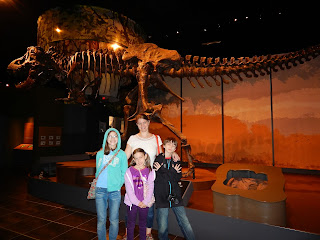 Lu in front of a protostega, because she loves sea turtles ;) 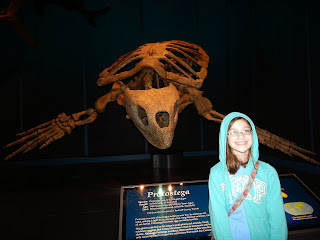 The kids on a rock outside in the pretty fall weather. 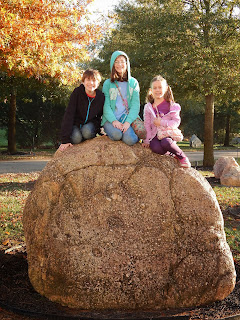 Iris decided to treat herself and her sibings to rock candy from the giftshop. 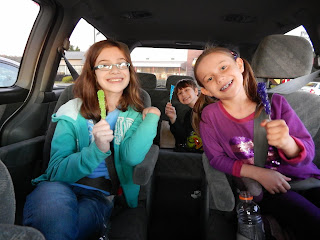 The digital planetarium was quite impressive too, but you can't take pics...sorry.
It was a very nice museum!  I highly recommend it!!
Thanks, Mom, it was fun!!!
Posted by mirandagail at 7:22 PM