Our fourth day at the parks, we kind of dabbled in both "dry" parks, but got plenty wet!

Here are some highlights... 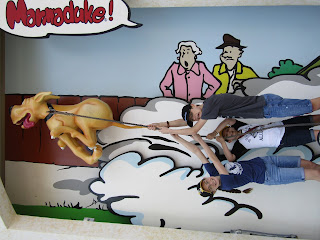 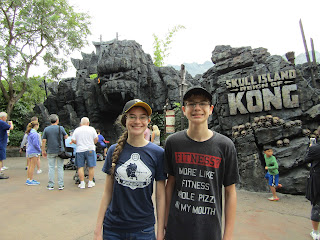 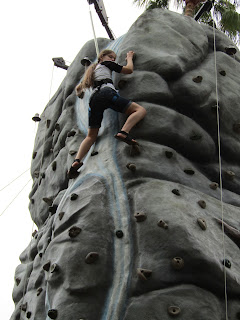 She rang the bell, so she won a bracelet. 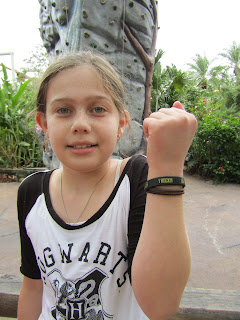 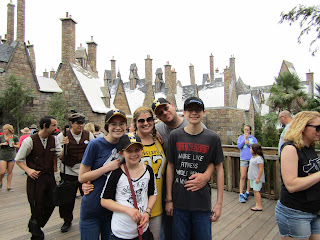 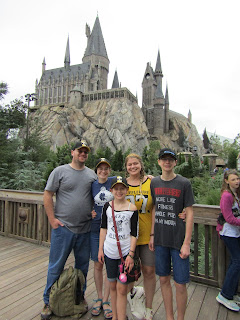 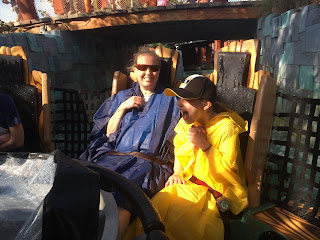 See that black lump under the water?  That's Clyde. 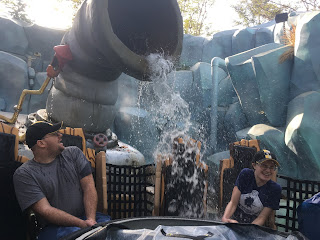 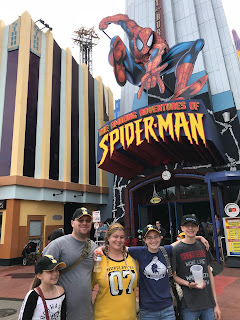 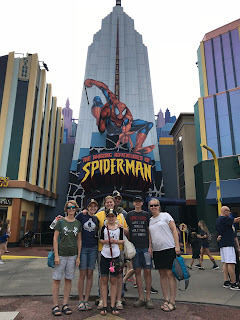 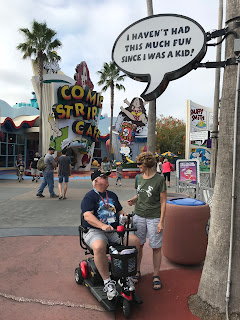 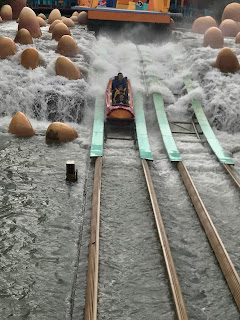 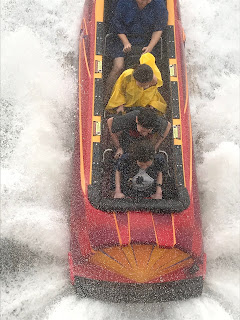 After we had gotten thoroughly hungry, worn out, and soaked (only some of us), we went to a restaurant that has supposedly won awards as far as theme park restaurants.  It's called Mythos and had an ancient Greek theme.  It is visually gorgeous, and the food was tasty! 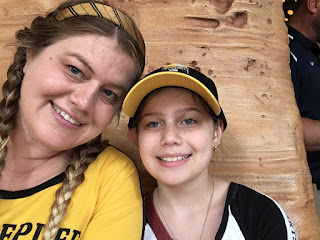 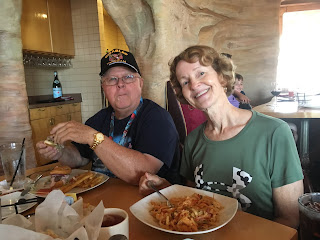 Remember that picture where Clyde got drenched??  Well, when he sat in the restaurant the AC was too much for him.  He was shaking uncontrollably, and his lips started turning blue... so I bought him that Ravenclaw sweatshirt :) 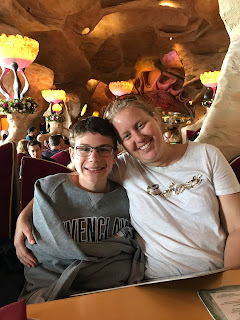 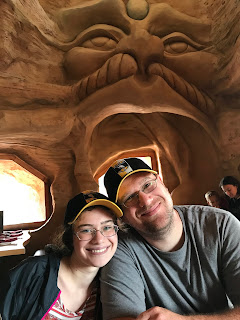 It was a seriously cool restaurant! 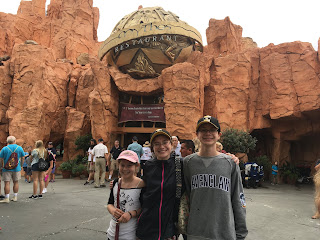 It wasn't too long after dinner, when the kids started talking about park-hopping again, that Nena, Papa, and Sherry decided they were done for the day, but told us to carry on and get our last day's worth out of the park. 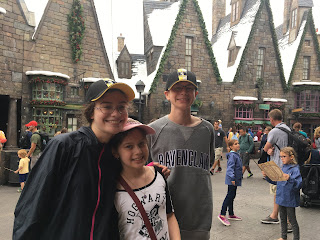 So, we went back to Universal Studios and Iris bought and interactive wand in Daigon Alley.  If you move the wands in certain patterns, cameras pick up the motions and different neat things happen, like a feather levitating, or a bird starts singing, or a fountain turns on.  It's pretty neat. 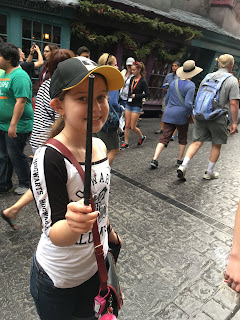 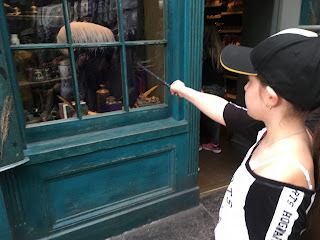 Then there was more Men in Black and Transformers to take in.

...more benches to rest on whilst your family uses the bathroom. 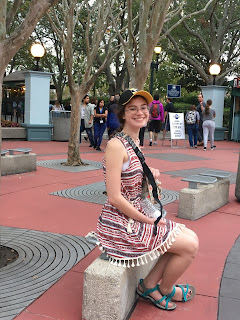 ...more falling asleep while standing, as you wait for the Hogwarts Express to take you closer to your bed... 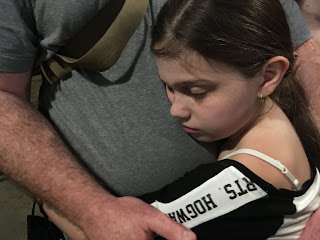 ...and then when you arrive safely back in Hogsmeade, only to realize you're about to leave once and for all without ever having tasted a butterbeer, you finally buy your very own... 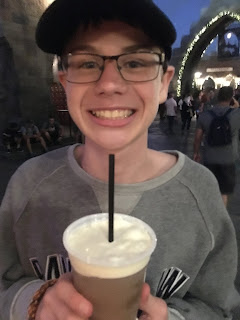 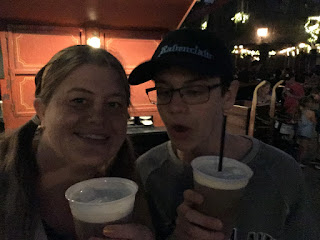 And then we staggered out and drove back to our rental house ready to pack up the next morning!!  It was a beautiful trip!
Posted by mirandagail at 8:30 PM