Our third day at the parks was spent at Volcano Bay, Universal's new water park.

Ya'll... their wristbands that they pass out to everybody make the wait times so much better.  The pavement and sand don't burn and tear up your feet like that of most water parks, and the ends of the slides don't almost drown you.  It's a really clean and beautiful water park. 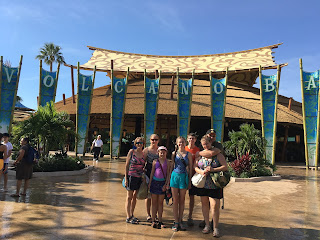 Here is Iris modeling the wristband each guest is given when they enter the park.  You walk to which ever ride you don't want to stand in line for, scan your wrist band and then go do something else, like play in a lazy river, until you feel your band vibrate, then you have several minutes to get back to the original ride, and you just hop on.  It's really great! 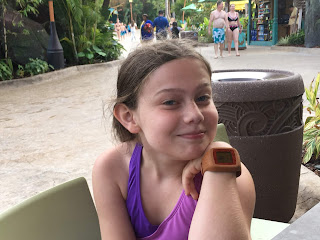 This gorgeous volcano behind us has three slide inside it, two of which have a floor that drops out from underneath you.  Clyde rode both!! 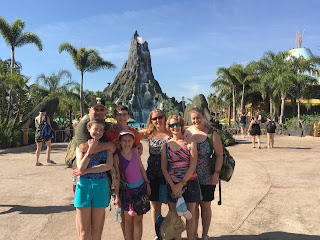 We rode this slide and it's sister slide several times with no line, when we first arrived! 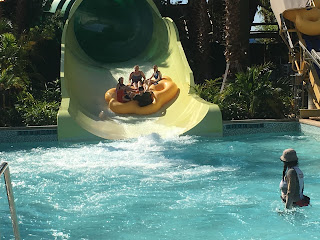 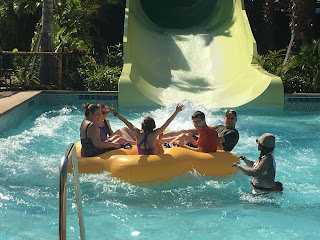 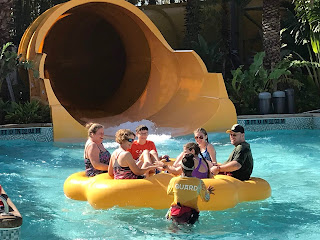 There are two "lazy rivers" at Volcano Bay, but one isn't really lazy, it's like a speed river.  It keeps you moving rapidly, and while it is very exciting, it can stress people out too.  Nena was NOT a fan!  Probably anyone who is young or not a strong swimmer won't enjoy it so much.  These guys ADORED it though! 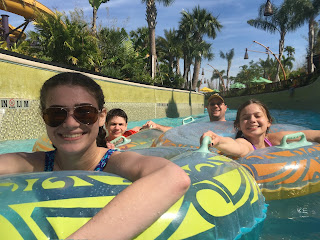 Here is the REAL lazy river!  It is very scenic and goes through a fun lit up cave!!  We went around several times! 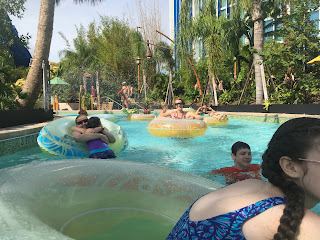 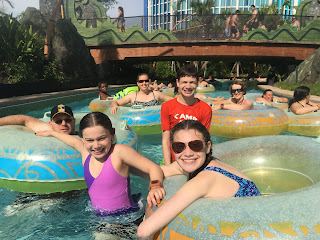 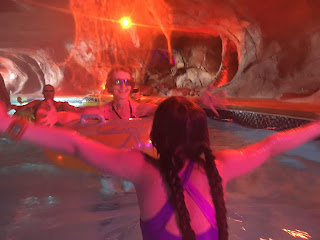 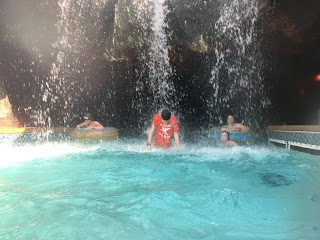 Next up was a water roller coaster.  This one was definitely my favorite!!!  I think it was the kids' favorite too!!  This was the first ride for which we used our wristbands to hold our place in line. 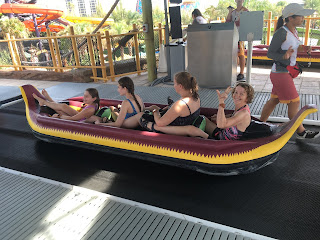 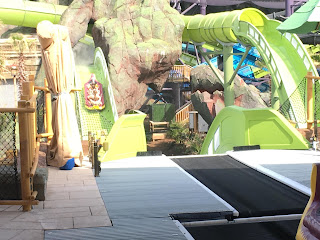 During a locker/potty/snack break, I had to take this shot of Lu drinking Dr Pepper with THOSE CURLS!!! 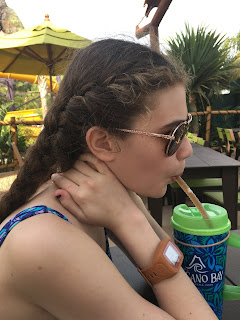 And my pretty Mama!  Ya'll seriously, who would have ever guessed that this healthy, adventurous Mama would be having open heart surgery two months after this picture was taken??!! 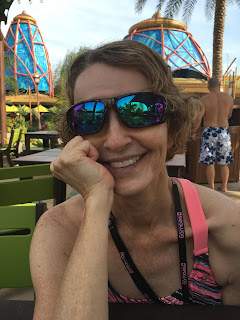 Normally, at water parks my syncope isn't as bad, because the water helps bring my temperature down, but it kicked in after a couple hours.  The kids got to keep sliding and riding with Sherry and Nena while Stephen and I got dry and stayed in the shade with our feet in the water. 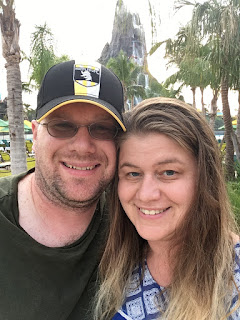 I'm blessed in that I have an awesome Mom and sister who will continue to take pictures in my absence! 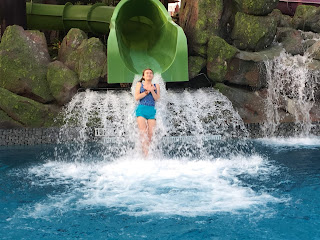 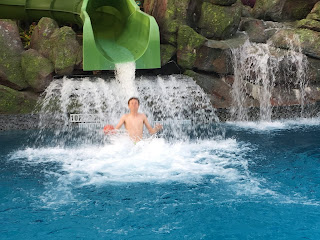 After they got done with all the slides and rides, Mom joined Stephen and I, while Sherry and the kids got in the wave pool and played as the sun went down and the volcano lit up! 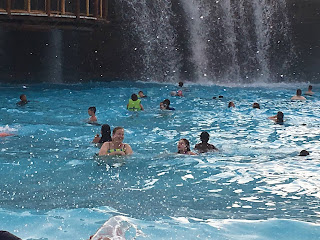 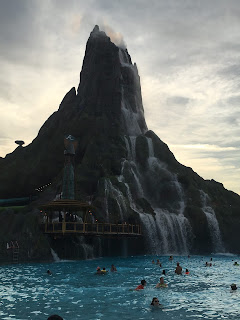 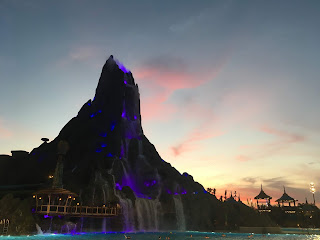 I was still wearing my Hufflepuff colors :) 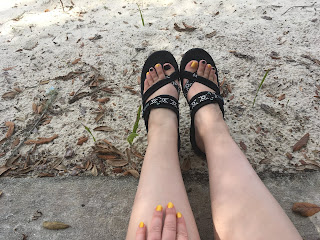 This was an amazingly fun day!!  And it wore us out well!
Posted by mirandagail at 7:45 PM