Lucy started her Prairie Girl class during this last fall.  Mrs E from our church offers a sort of living history class for homeschool girls during the typical school day once every two weeks.

They have learned dances, games, beadworking, crocheting, pioneer housekeeping, traditional songs from the time period, butter churning (Lucy was allowed to be the first one to churn & wore gloves and an apron.)... all sorts of neat things.  They've visited a nursing home to sing for the residents, share with them some Christmas sweets, and show them some of their handcrafted items.  Each of them gave hand made valentines to the others.  And this month they had a Sugaring Off dance which was a nod to Pa's family celebration in Little House in the Big Woods by Laura Ingalls Wilder.

Now for the picture dump :)

Amazingly, each of these girls has a first name common to the period. 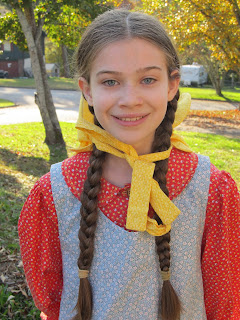 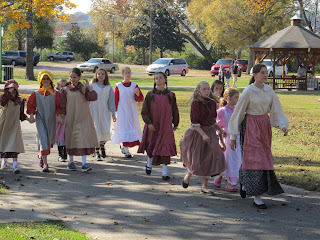 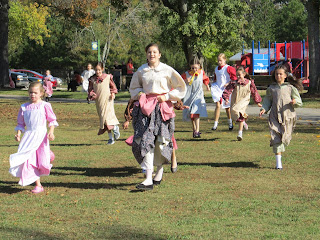 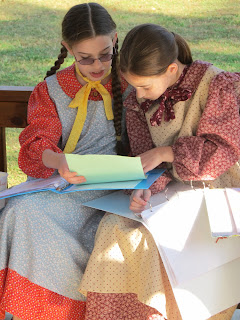 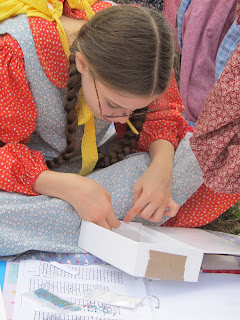 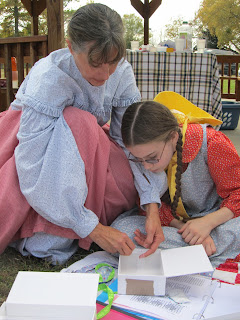 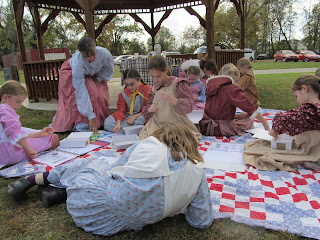 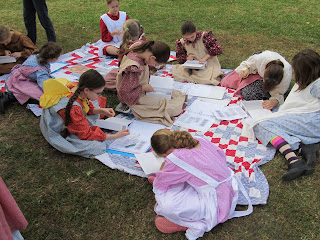 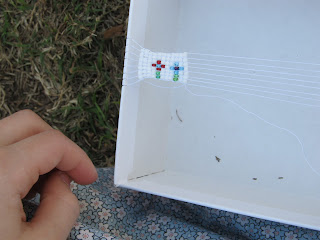 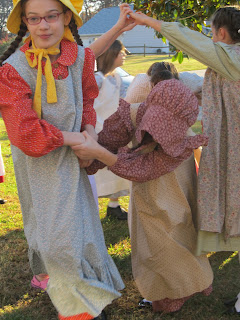 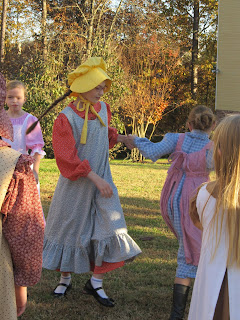 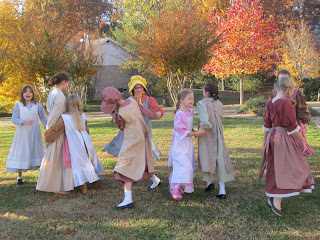 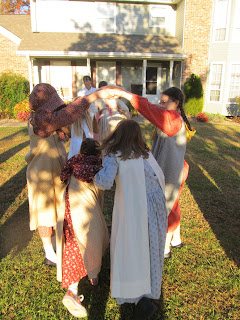 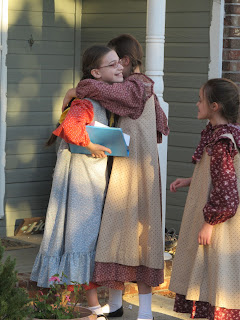 The nursing home visit.  First they lead a sing-along of Christmas carols and took requests.  Each girl talked to each resident with a sort of show-and-tell item.  Then, they each walked a tray of homemade treats around to offer them. 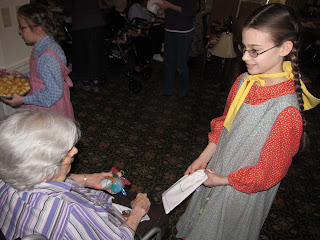 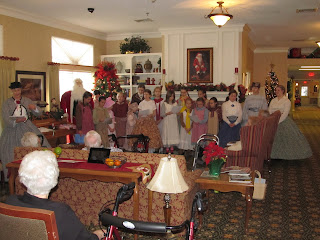 The Sugaring Off-  Iris and I dancing a reel. 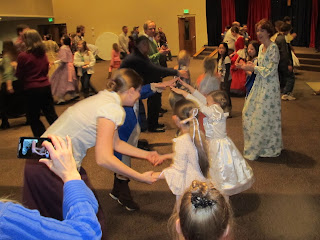 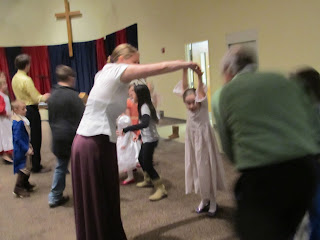 Clyde was much more game about the whole dancing thing this year.  I tried not to show my shock so he would just keep going and enjoy himself :) 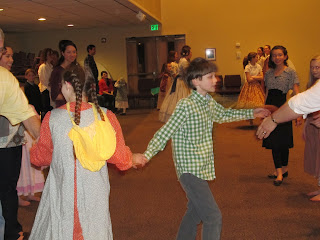 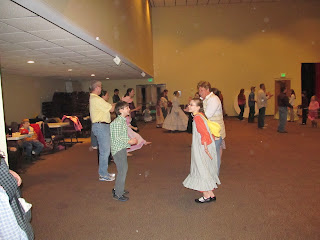 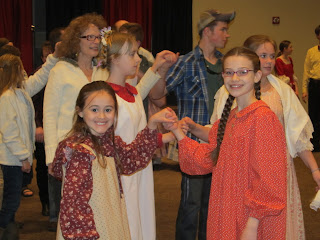 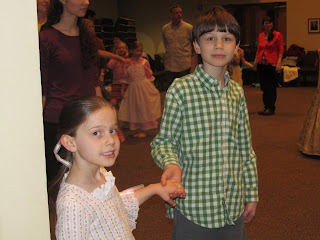 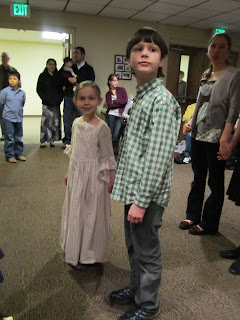 He was so busy trying to make sure he was doing the right steps, he didn't think to be completely mortified that he was dancing with beautiful girls who were much older than him.  Cause...he normally would be. 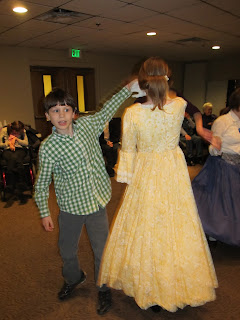 Lucy, on the other hand, confided to me later that she does not like dancing with boys and that she was just eagerly waiting to have another girl as her partner....well, except Clyde.  Don't know who this young man is, but he was being under appreciated at this moment. ;) 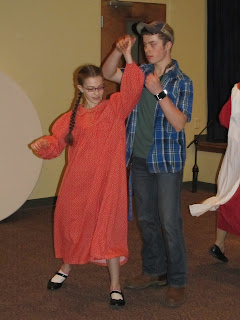 My ALL TIME favorite!!  I happened to have my camera ready as Mrs E told a story over the sound system of a girl whose petticoat fell down during one of these dances.  Ha!!  This picture is especially funny considering that whoever that girl was, she was obviously still covered from neck to mid calf with an elaborate historical gown ;) 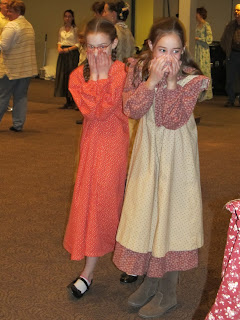 So thankful that Lucy gets to participate in this rare opportunity, Mrs E, these neat girls, and they're awesome mamas!!
Posted by mirandagail at 8:35 PM