Ironically enough, there are no pictures of the kids' Papa in this post.

But recently he had a crazy surgery on his hand and wrist.  Iris became rather obsessed with making him some cake pops with her new cake pop pan.  First they were going to be 'get well' pops.  Then as her mother kept postponing her good deed, due to the kitchen being in a state of disaster, they became 'I'm so glad you're feeling better' cake pops. 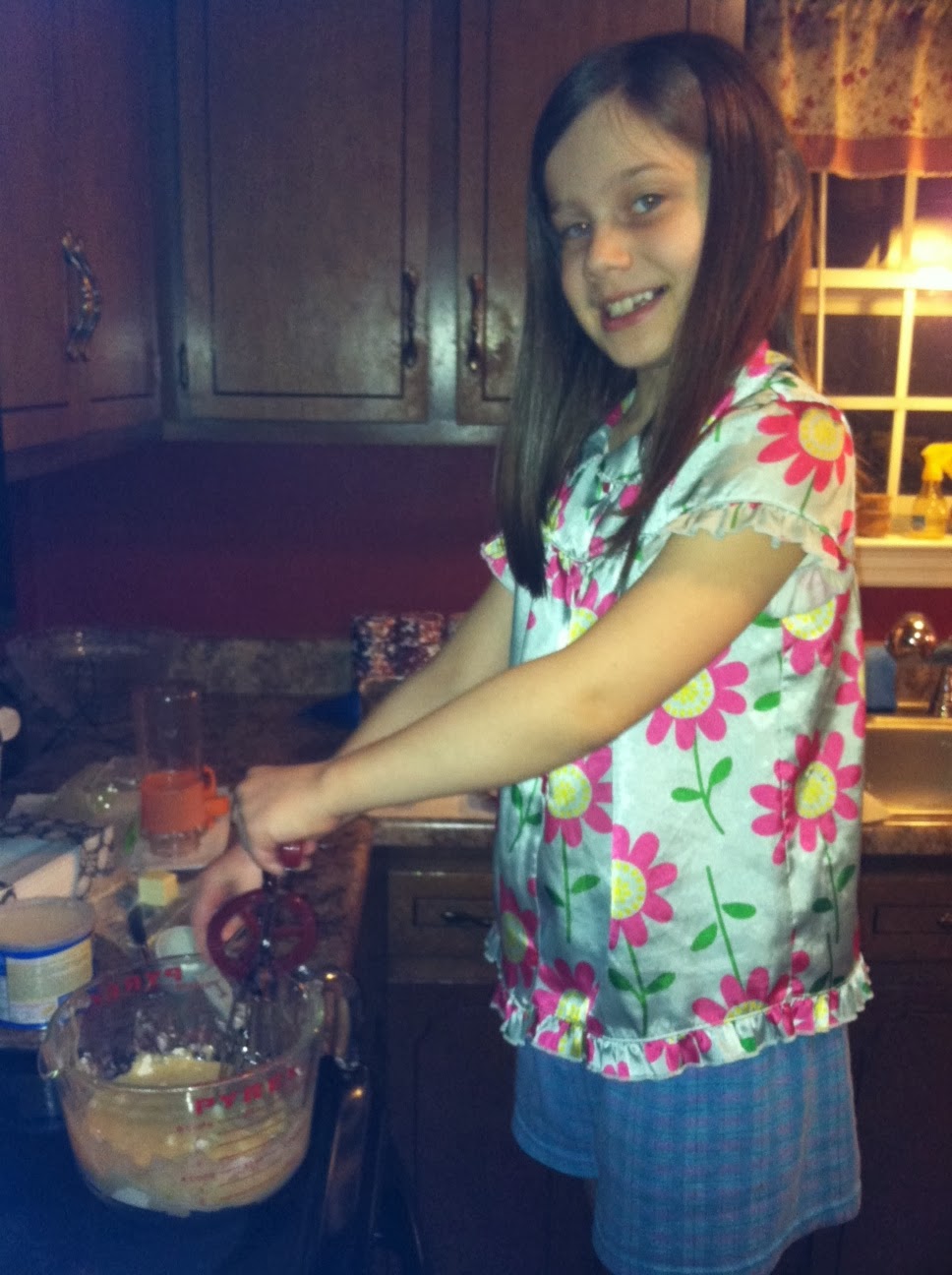 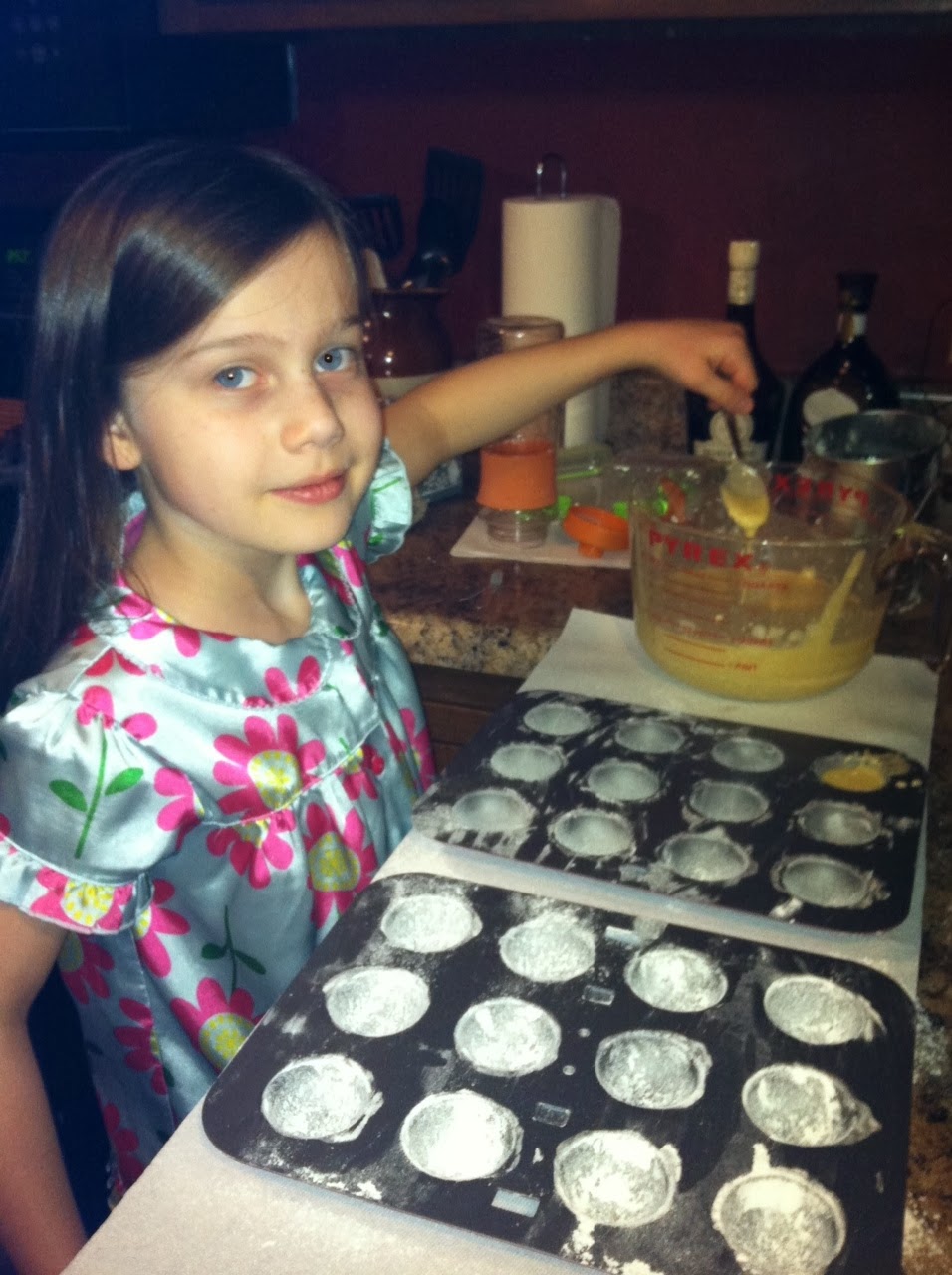 Here is Iris with her Papa's cake pops, that she made entirely by herself.  ( I put the sticks in the pops, she did everything else. ) 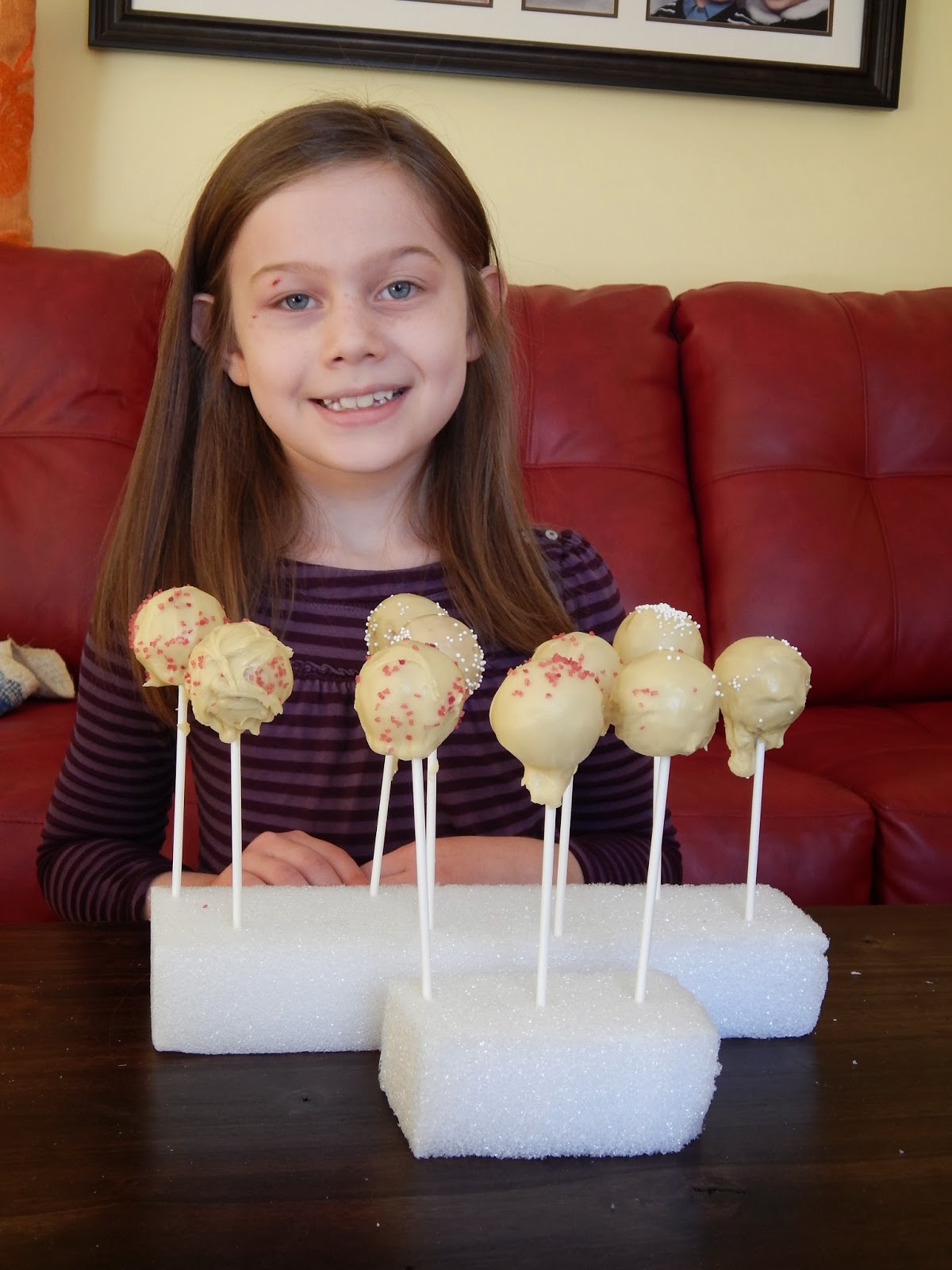 They were made for him, but she let each of us have one. 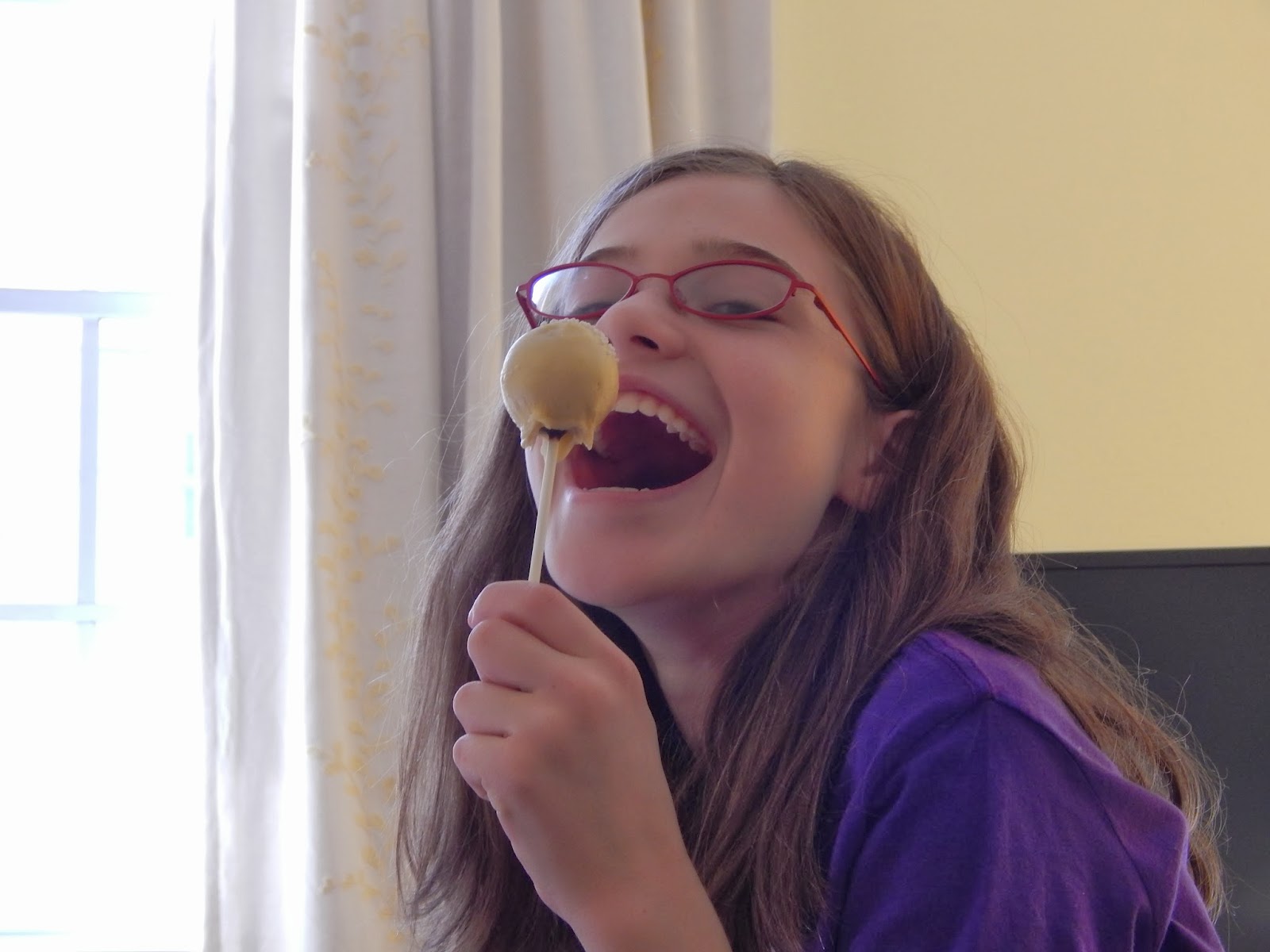 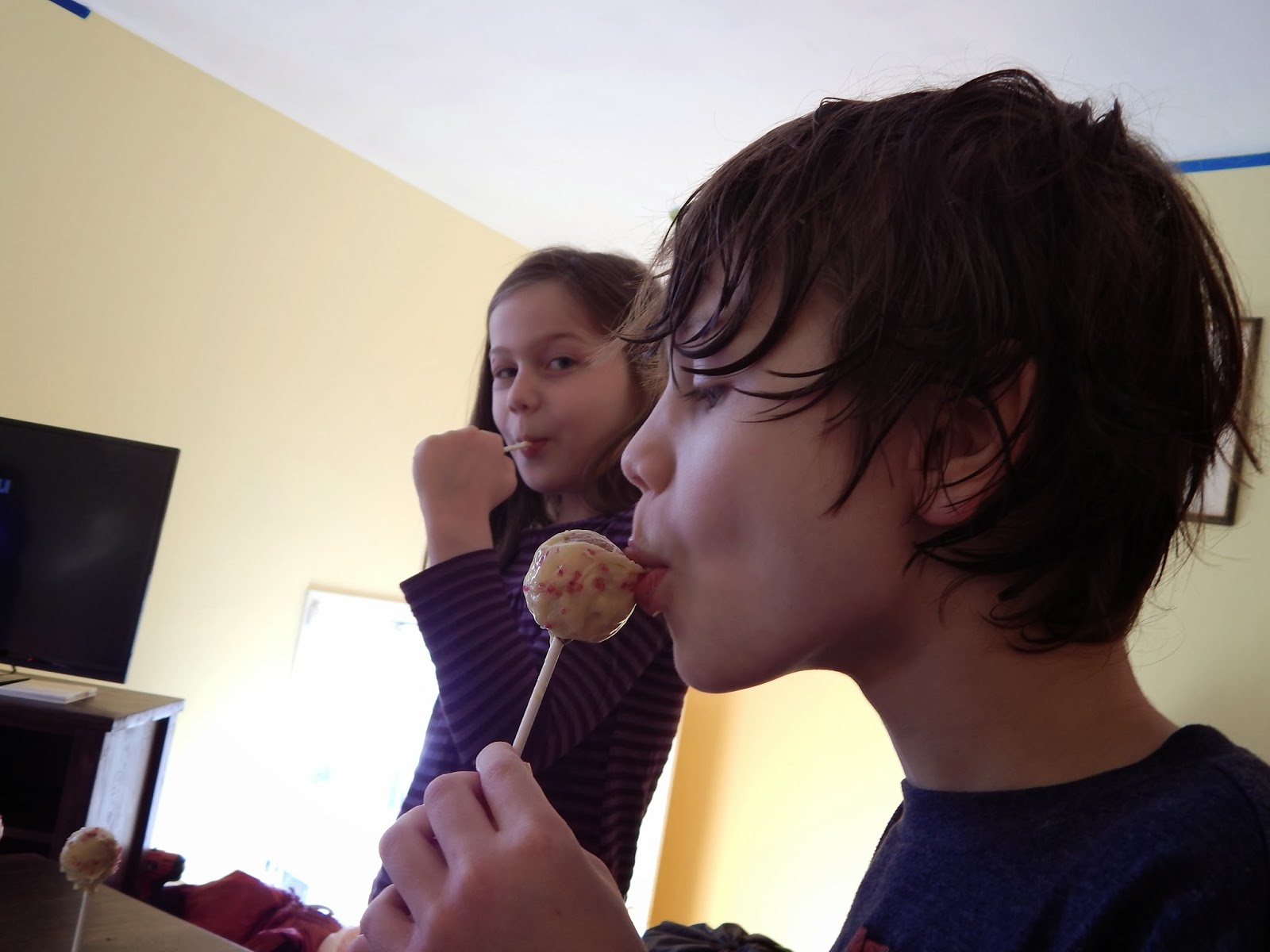 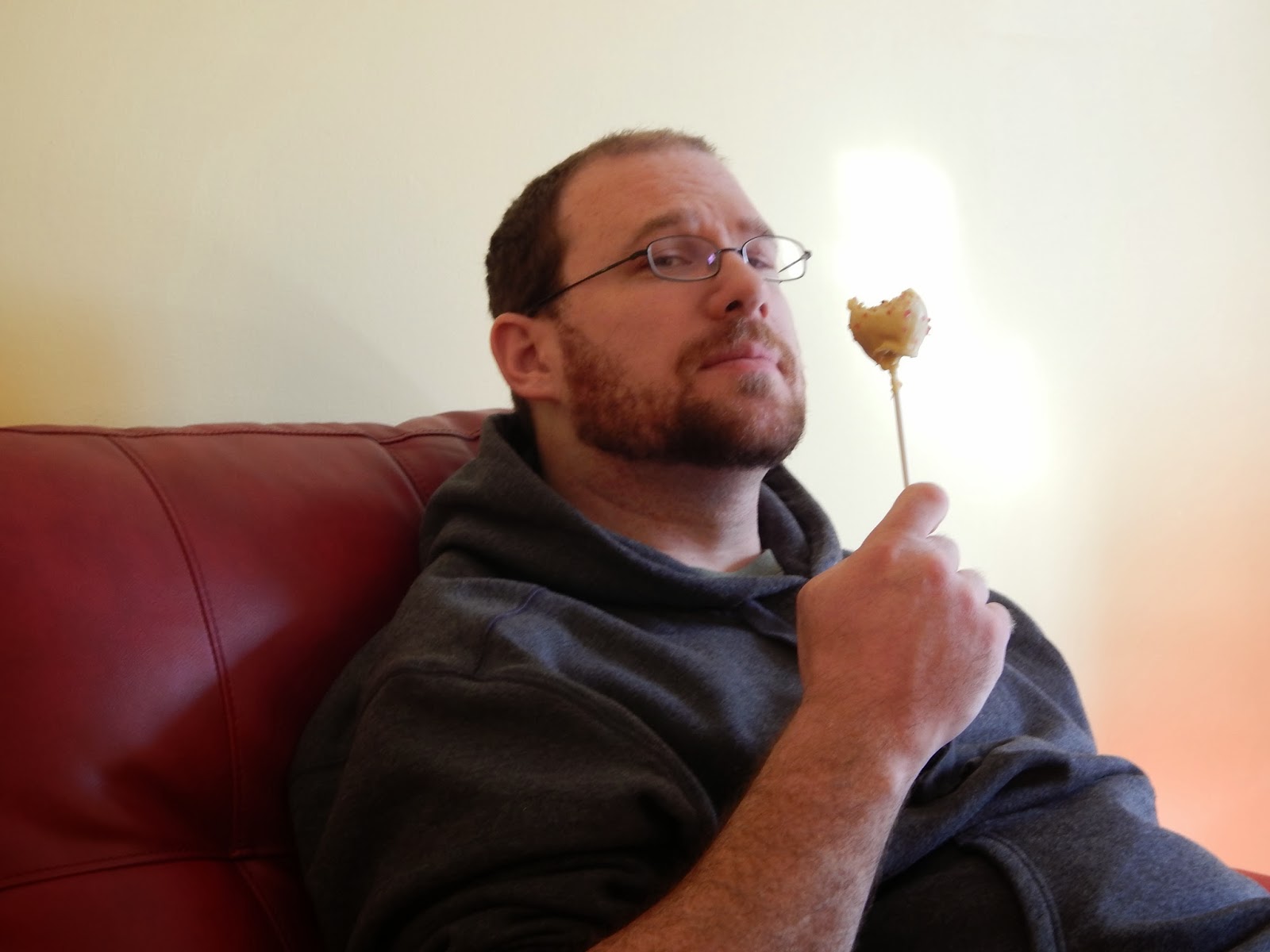 We did get them to their intended recipient, but I didn't get a picture.  :)
Posted by mirandagail at 9:11 AM