Here she is opening her card from Rita and Allen!  Very exciting! 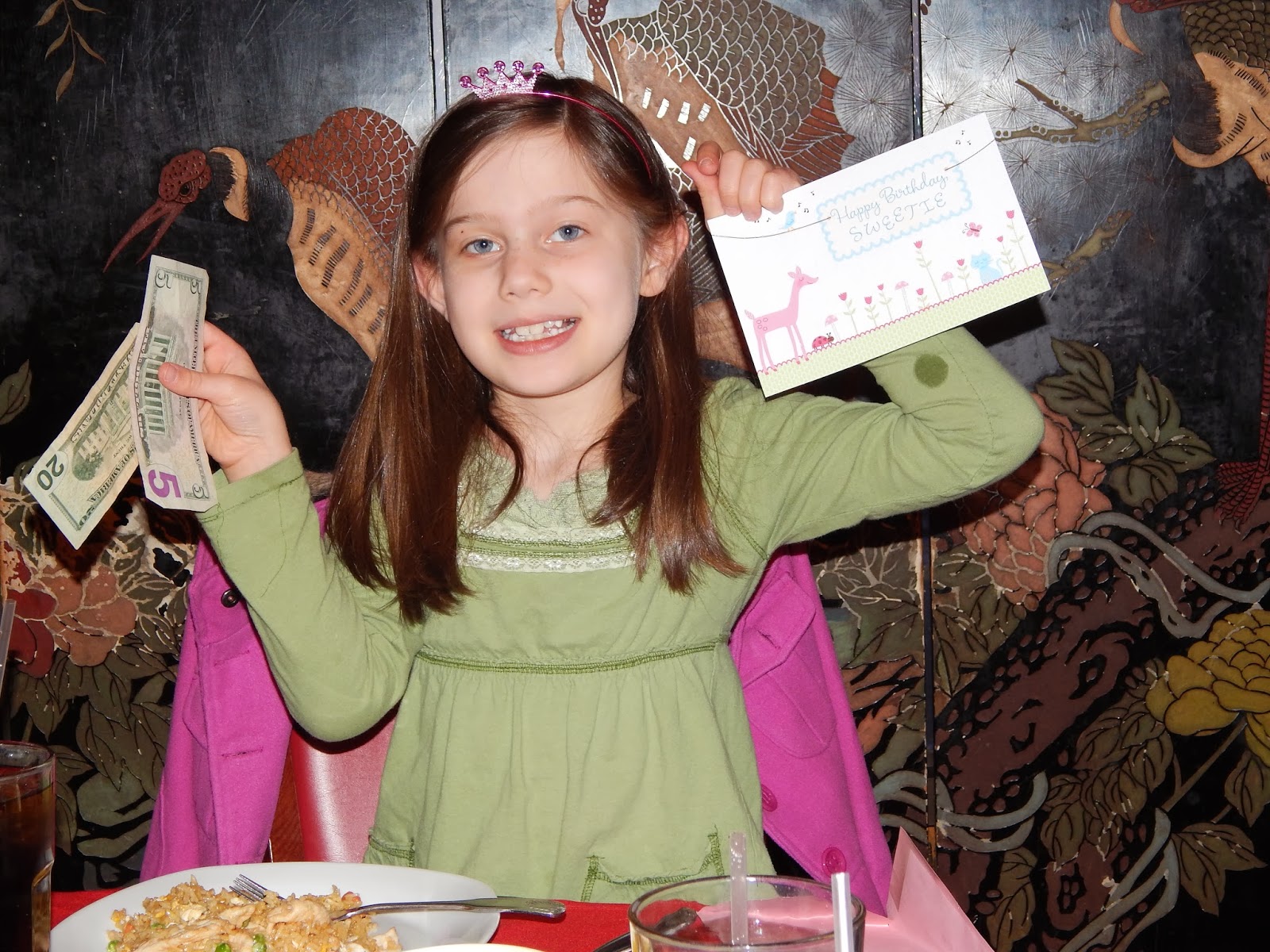 Lucy gave her some iris-scented soap, which is already sitting on the bathroom sink.... 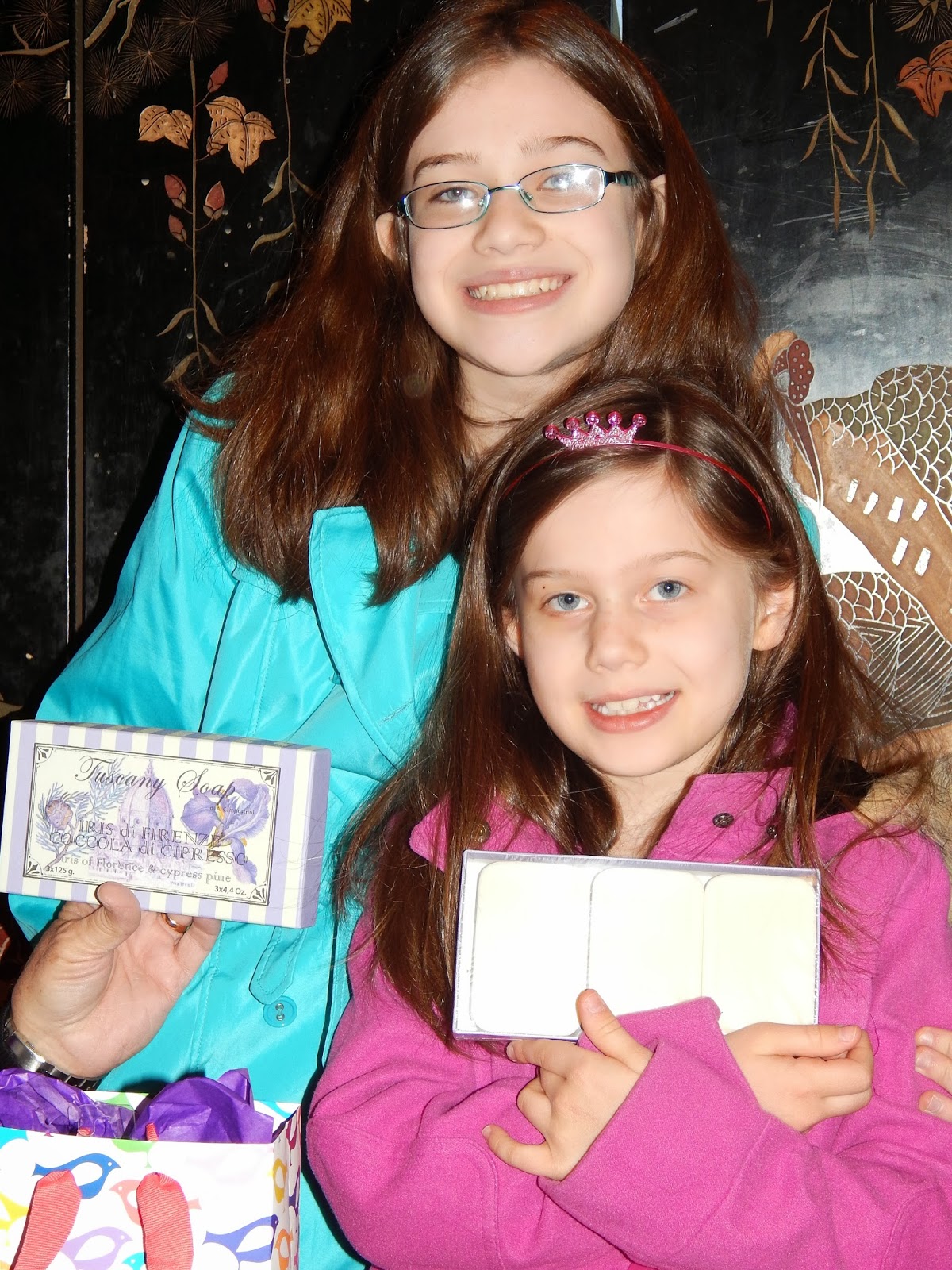 Clyde gave her a lego minifigure she's been looking for.. 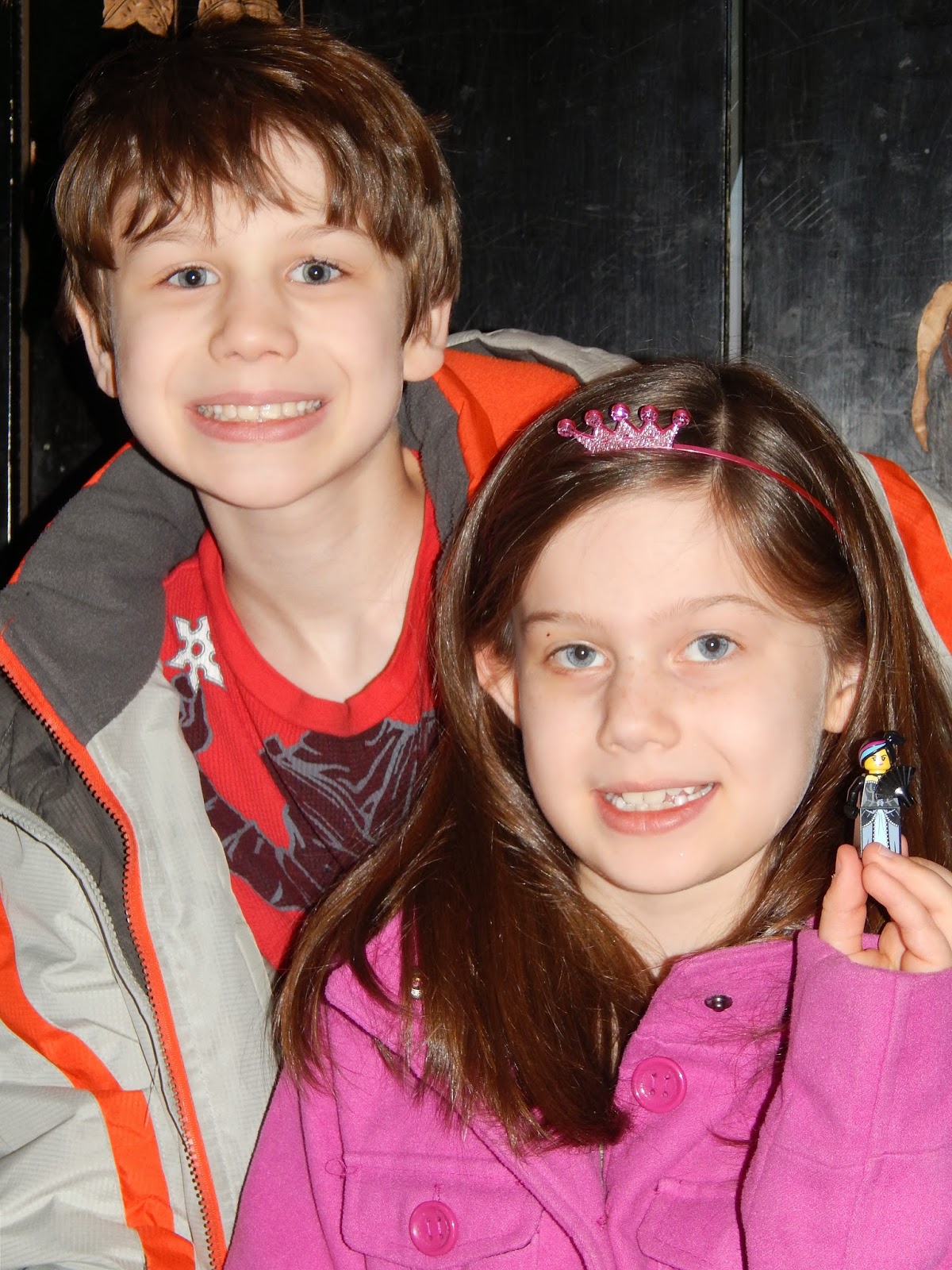 Sherry and David (He got to come!!) gave them all sling-shot stuffed animals! 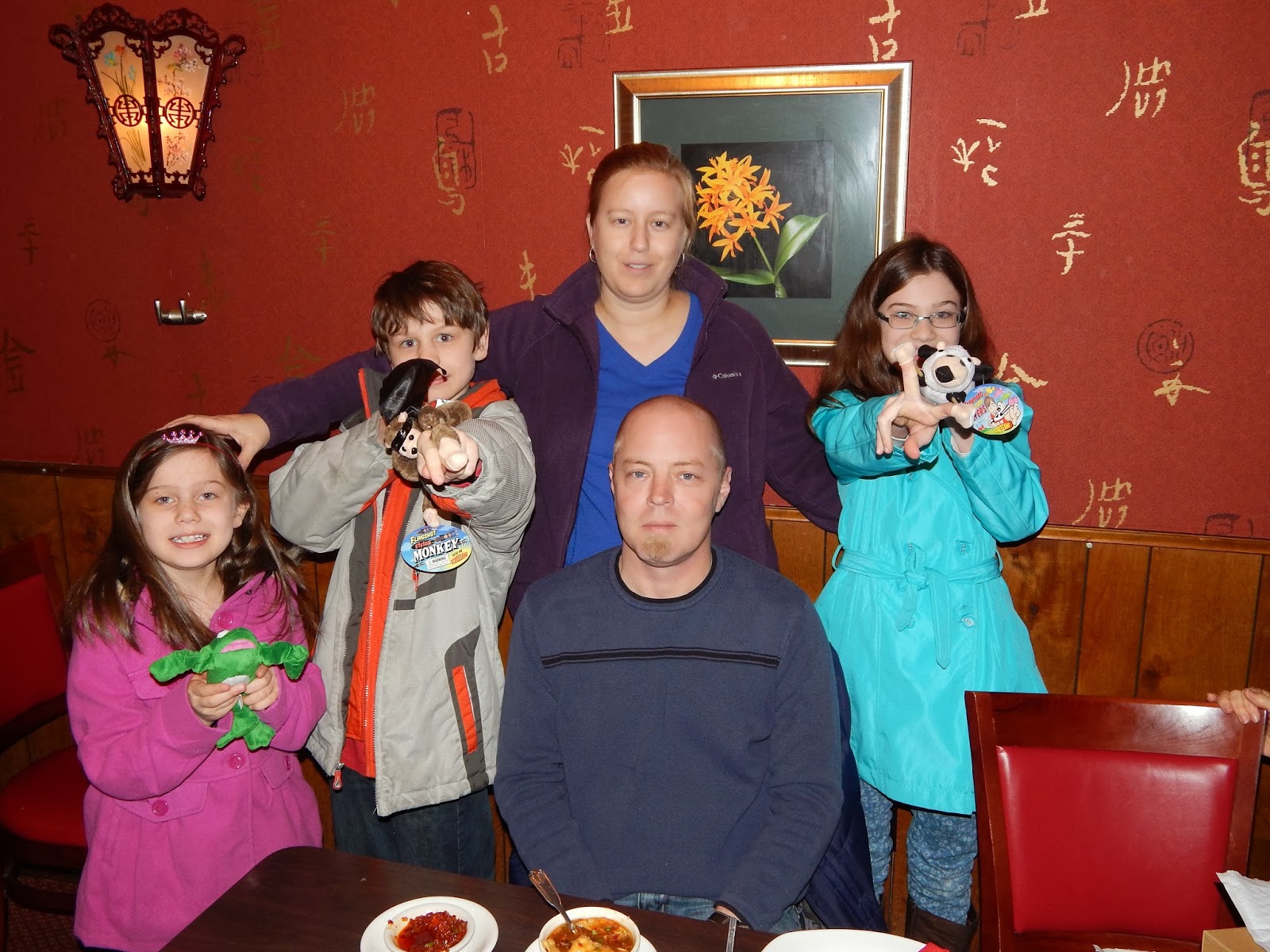 Nena & Papa with Iris.  They gave her some Barbies she's been wanting, which she went straight home and played with... 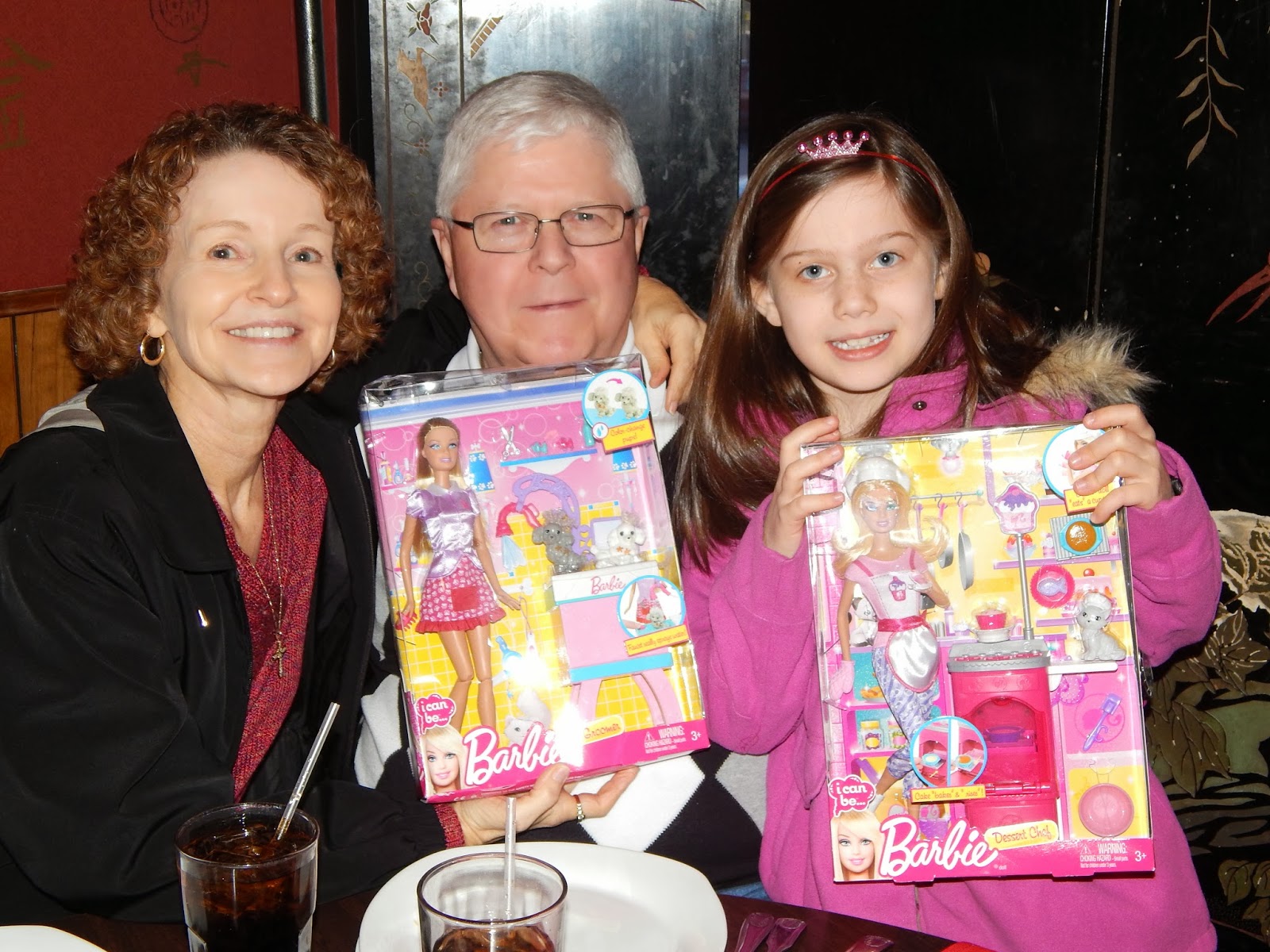 And Daddy and I got her kind of a hodgepodge of stuff.  My little cook has already popped us two batches of popcorn! 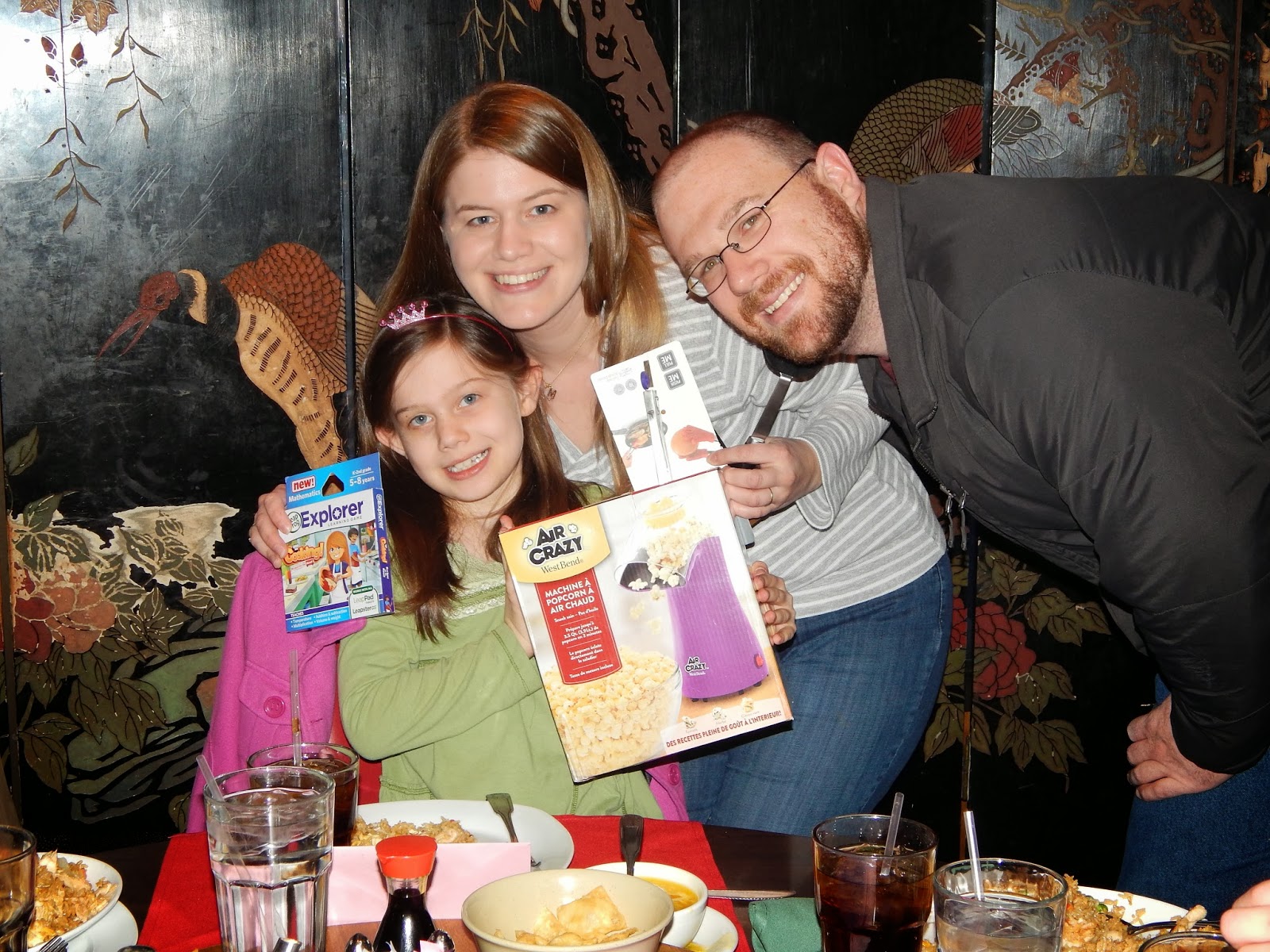 She asked for cake-pops!  Here she is blowing out the candles on her dye/milk free cake pops! ;) 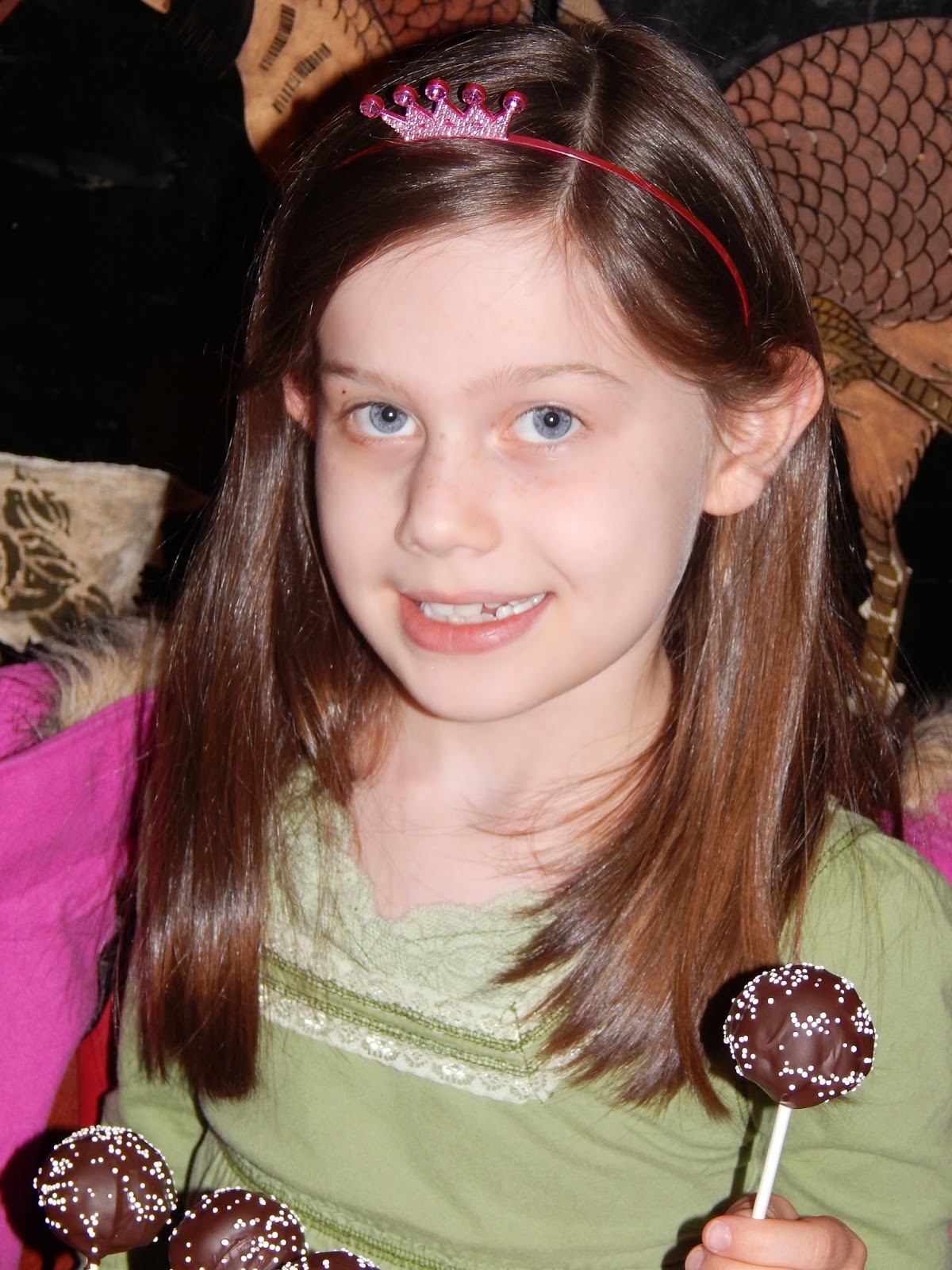 We all had a great time, thank you Nena and Papa!

After we got home, she opened her card and gift from Grandad and Grandmom.  Here she is opening the card with the other half of her Dollywood pass and her money.  After I took this picture, she read her card and was so touched by it, she cried a little....as you'll see in the next picture... 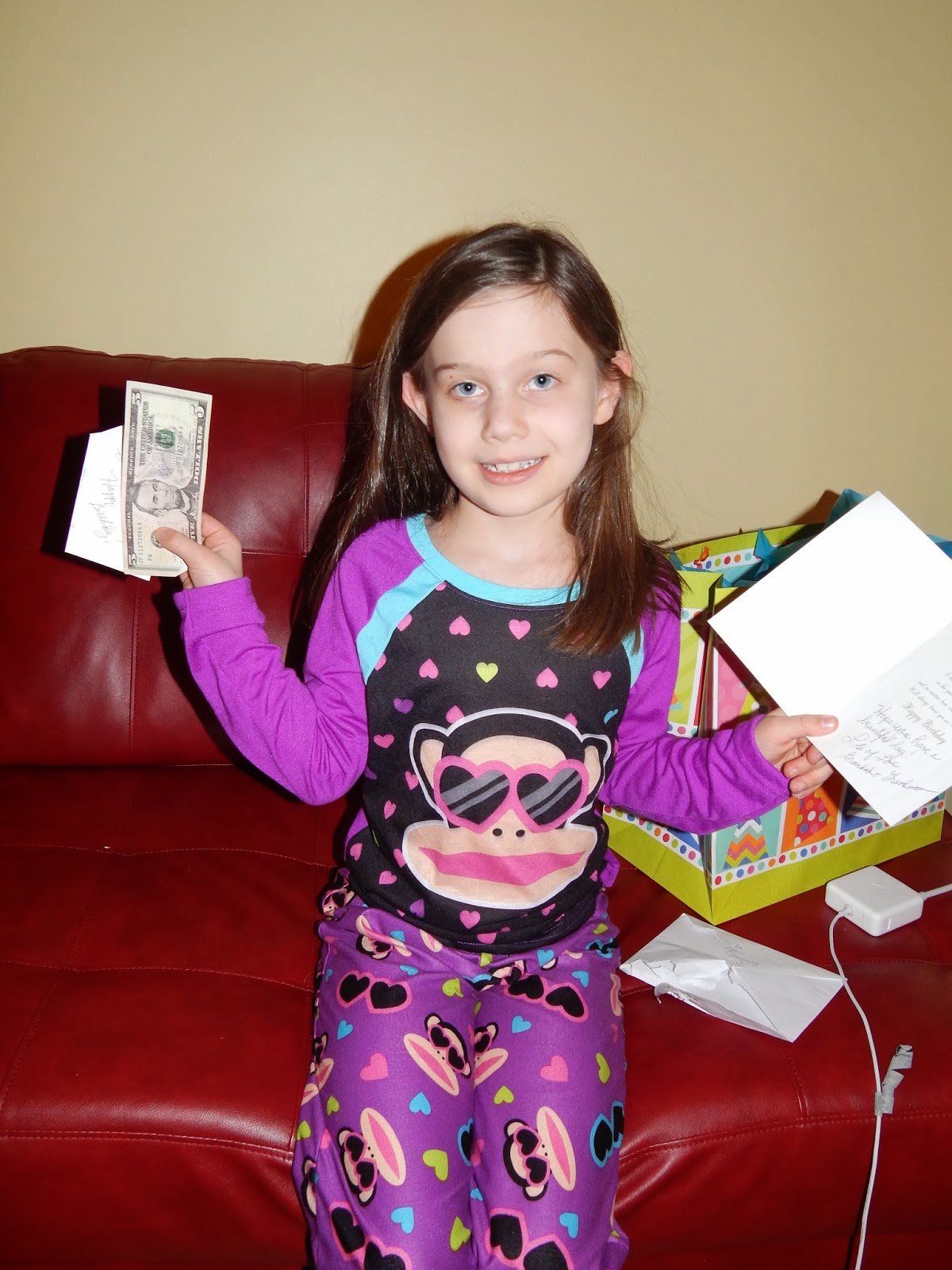 Here she is with her books and her now slightly watery eyes! 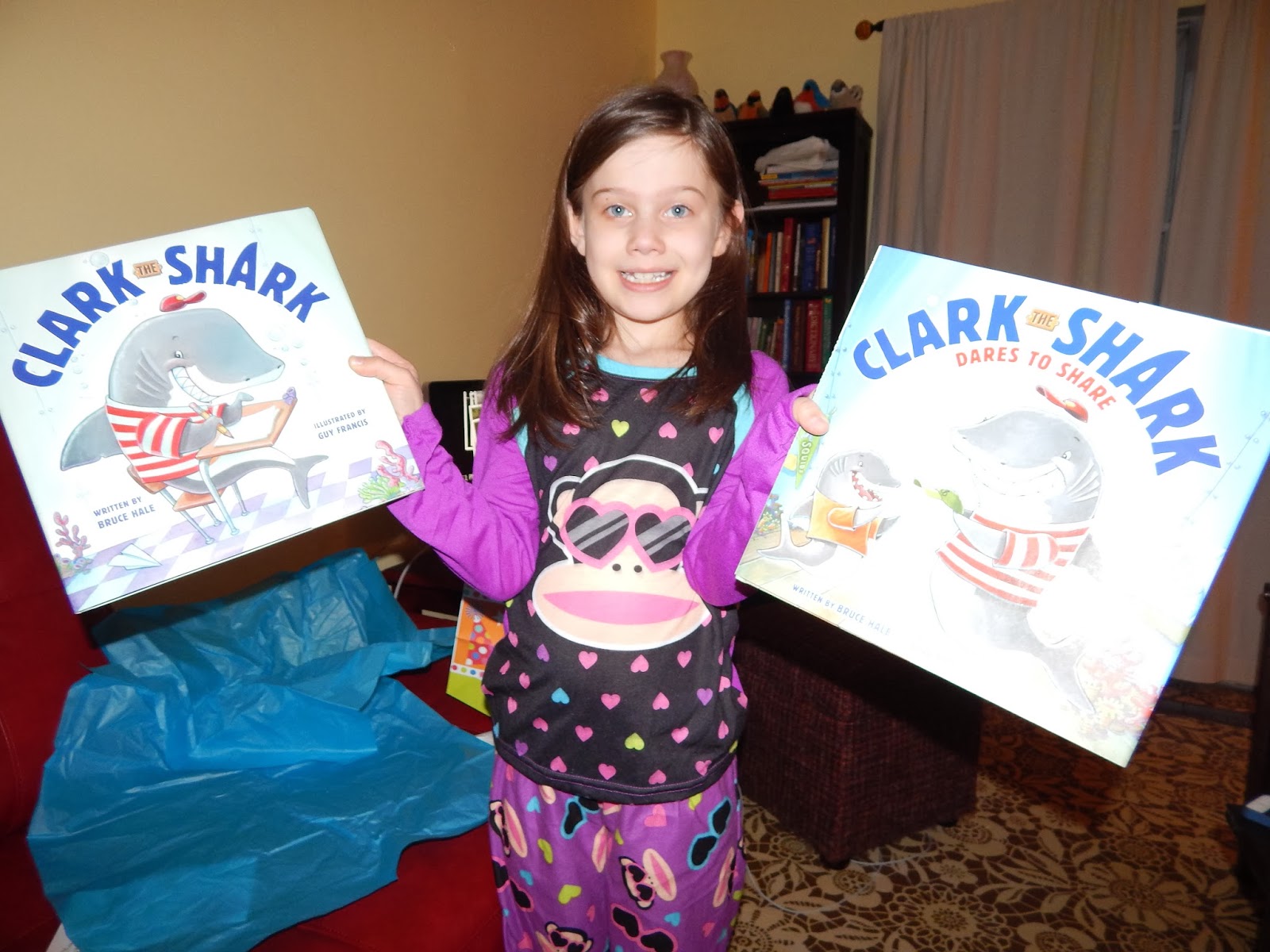 Thanks Grandad and Grandmom!
Posted by mirandagail at 4:59 PM