Nena and Papa took Clyde (and the rest of us ) out to dinner for his 9th birthday.

He wanted to go to PFChangs for the sole purpose of getting banana spring rolls and he wanted to make sure that THIS year, no one "shared" it with him.

While we waited for our food (Birthday boy ordered adult portion of honey chicken) he opened his gifts... 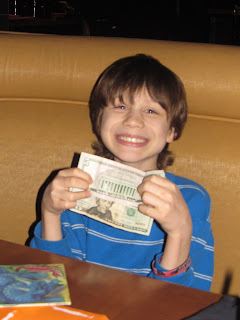 Okay, back story for the next picture.  For several weeks I wanted to make sure we wouldn't miss getting whatever it might be that he wanted the most for his birthday, so I would ask him, "Clyde, is there something you just really hope you'll receive for your birthday?"

"Yep, one of those Jacob's Ladder thingys."   (Makes you rethink those expensive gifts, you know?)

Iris and Clyde with the Jacob's Ladder she gave him.... 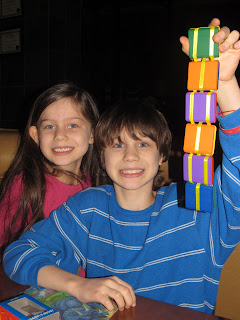 He also gave me a complete list of all the Nate the Great Books he has read JUST IN CASE I decided to get him a couple.

Lucy and Clyde with the Nate the Great book she gave him... 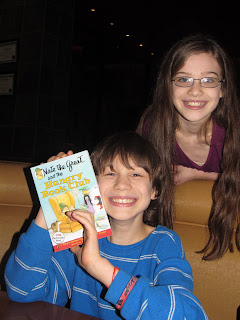 Nena and Papa gave him two more things he reeally wanted (this child had the longest list this year...normally his is the shortest!)...an ant farm & Rush Hour!  (he's been playing RushHour fairly constantly) 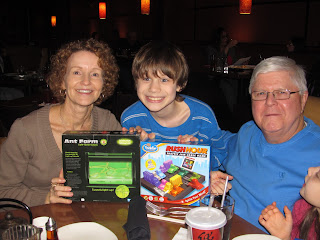 Sherry & David gave him the much coveted remote control helicopter... 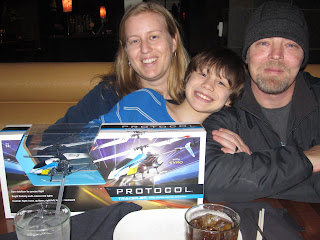 Somehow we didn't get a picture of Stephen and I with him with our gift so Lucy took one for us later at home.  We gave him a refurbished Nook & an Angry Bird pig Nook cover. 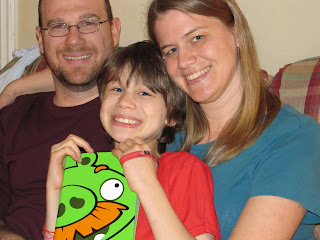 Even though all of these things were on his list, he still seemed VERY surprised everytime he opeened a gift  :) 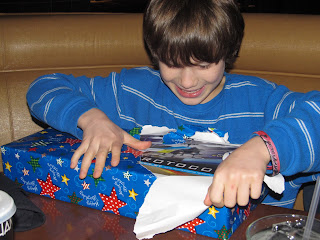 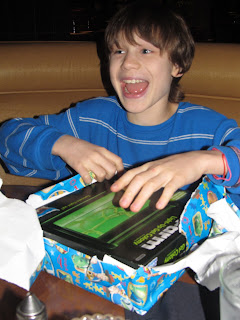 David giving him a proper welcome to his 9th year... 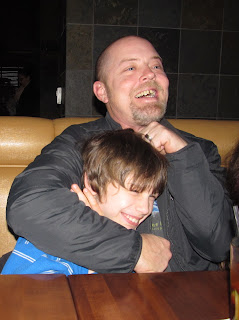 The banana spring rolls...no one TOUCHED them this year ;)  I forgot candles (!!!)  so David held up a lighter for him to blow out...a wind proof one ;) 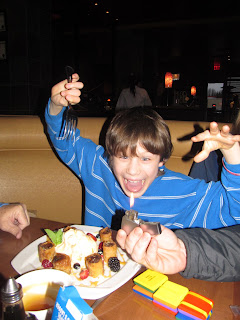 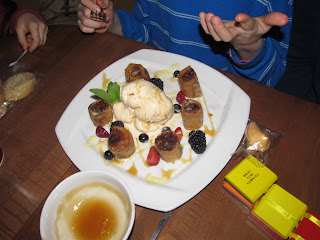 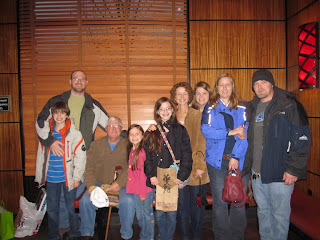