He finally got what he's been asking for for a year!

Sherry took him out on his actual birthday, January 7th.  While they were out Stephen, Lucy, Iris, and I went to Party City for paper goods, balloons and favors.  Then we picked up dessert.  Then we went to Chik-fil-A and started tying balloons to chairs.

His friend, Will, was the first to arrive.  Drew came several minutes later, then McKellan.  I called my sister and we all hunkered down behind a wall and waited.  After they walked in, we jumped up and yelled "SURPISE!"  And he looked very happy! 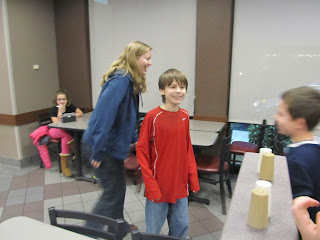 They ate Chik-fil-A over angrybird plates amidst very animated conversation!! 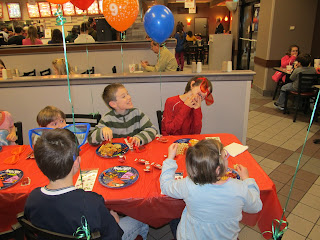 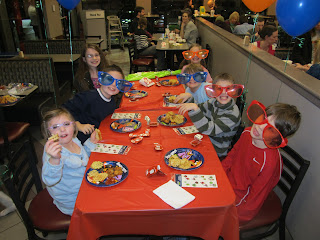 Then he blew the candles on his Birthday Pie! 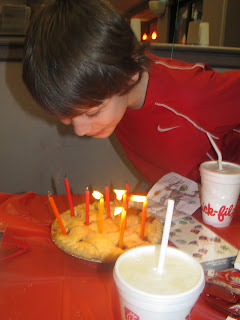 Then he opened presents!!  His buddies each MADE him a card & got him something he REALLY wanted!! 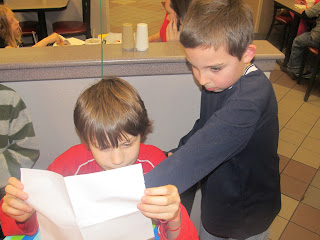 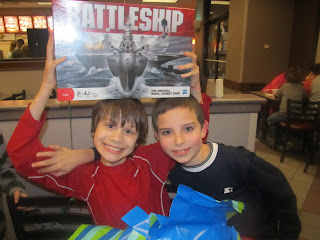 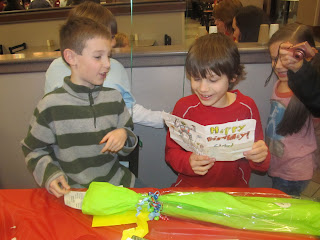 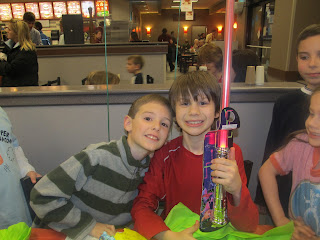 I didn't get a pic of him opening Drew's card, because he received it later, but he loved it :)  Saving all those cards from those sweet boys!! 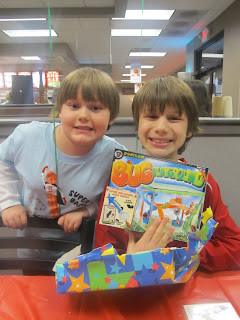 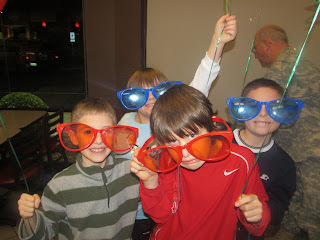 But what he didn't know, was that we weren't done!

First we all went for 2 rounds of Lazer Tag!! 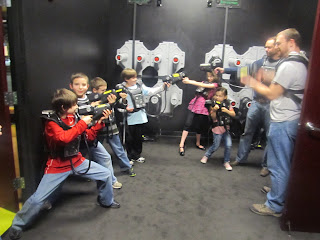 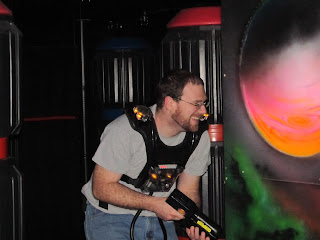 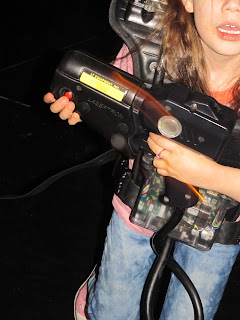 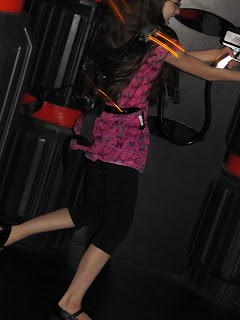 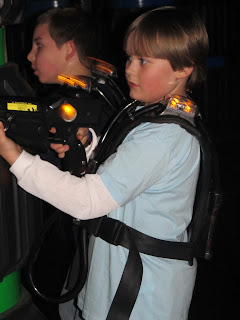 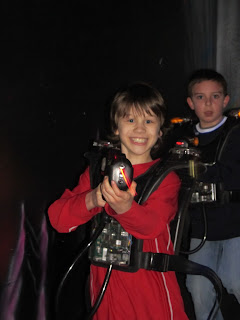 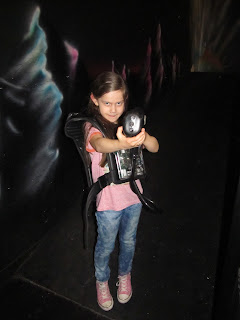 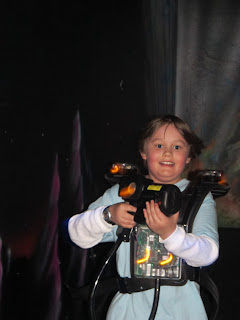 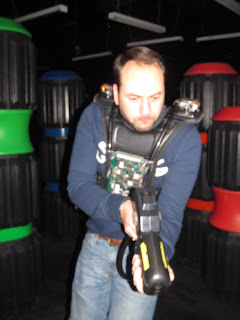 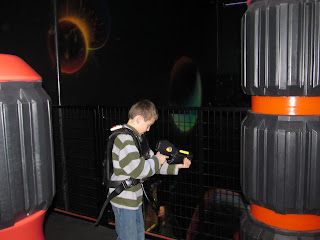 Then two rounds of Balladium!! 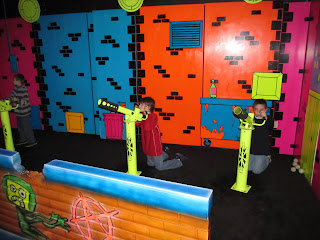 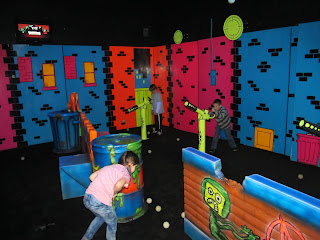 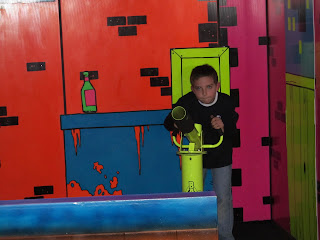 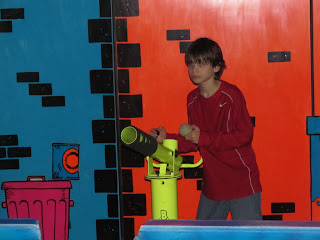 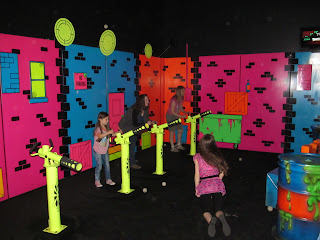 I asked him if it was as good as he hoped...was it perfect?

Sometimes he's a "man" of many words.  But most of the time, he's not ;)  But he looked contentedly wiped out as walked to the car with a grin.

Happy Birthday, My Boy!!  Clyde, you've exceeded my hopes and dreams.  I have the most kind-hearted, loving 9-year-old in all the land!  And he's the first to run to prop up his light-headed Mama!  And he fixes things!  I love you!! :)