Thanksgiving 2016 at Dad and Janet's

Janet managed to get the whole crew over for Thanksgiving dinner!  And it was pretty great!

So first, we took some family photos for Dad & Janet to send out.  They both crack me up, even though they're really great, because in this one, Janet is leaning against her son, Bobby, while Dad is sitting next to my mother-in-law, Bobbi.  And then of course, Sherry is holding a pic of her David up since he was at his parent's house.  And Falkor is in Dad's lap.  And, where are Clyde's eyes??? 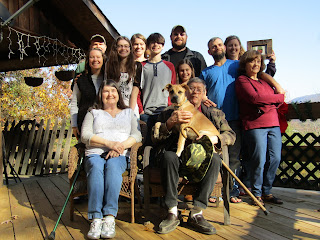 This one works a bit better.  Dad and Janet are matching... was this planned??  Falkor is on the ground, and Sherry still has David proudly displayed.  Clyde's eyes have a TAD less hair covering them. 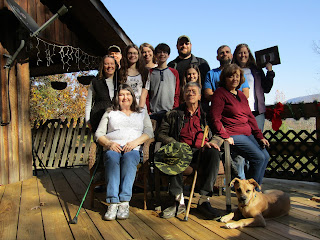 Janet with her babies. 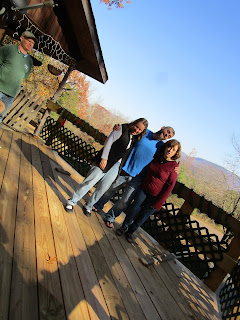 These were just cute of her and Bobby, so... 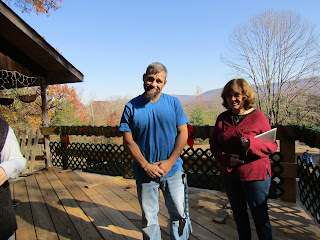 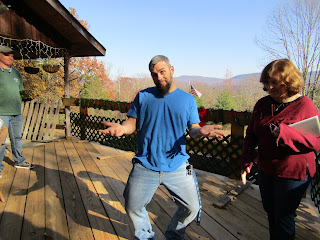 Inside, Brent is making the girls laugh.  I can't remember what he was reading to them. 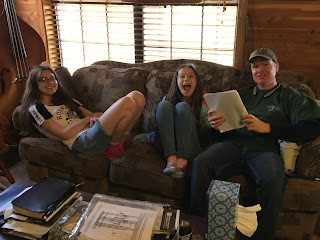 Cutest brother/sister ever!!  (my own kids aside, of course ;) 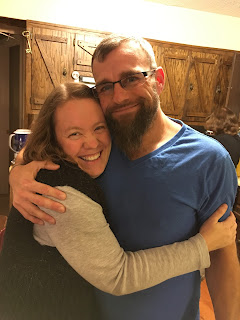 Dad... I thinking he and Lu were talking about music theory here, but it could've been Dunkirk, but then again, it seems like Stephen and I referred her to him on a couple of theological questions... it really could have been any of the above since he is an abundant spring of knowledge. 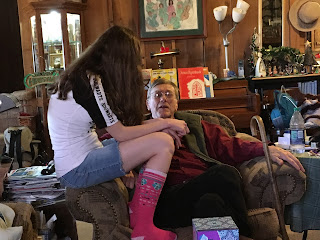 Sherry took this funny pic of Clyde and me.  NOt sure what was going on here. 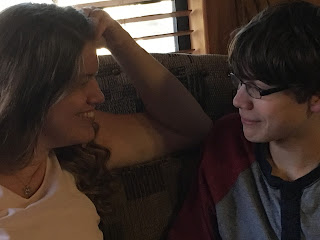