Throughout the day of Clyde's 10th birthday, he received MANY phone calls from his awesome family and got to hear several renditions of "Happy Birthday."
He really enjoyed that.  Every time the phone rang, he started grinning.  :) 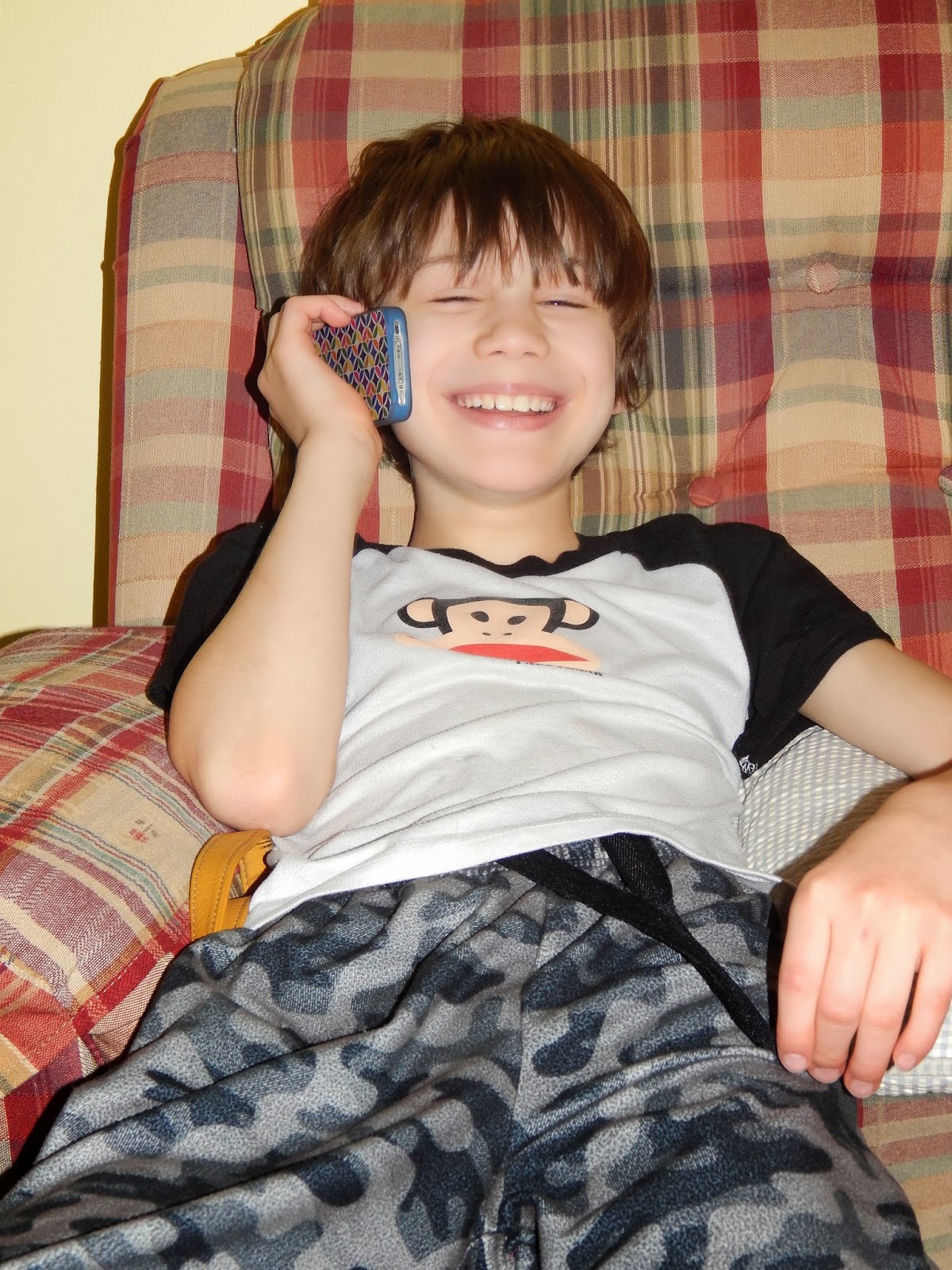 He had already opened his money since it all came at once on Lu's birthday; somehow I sadly didn't get a picture. :(

Here he is opening Rita's card! 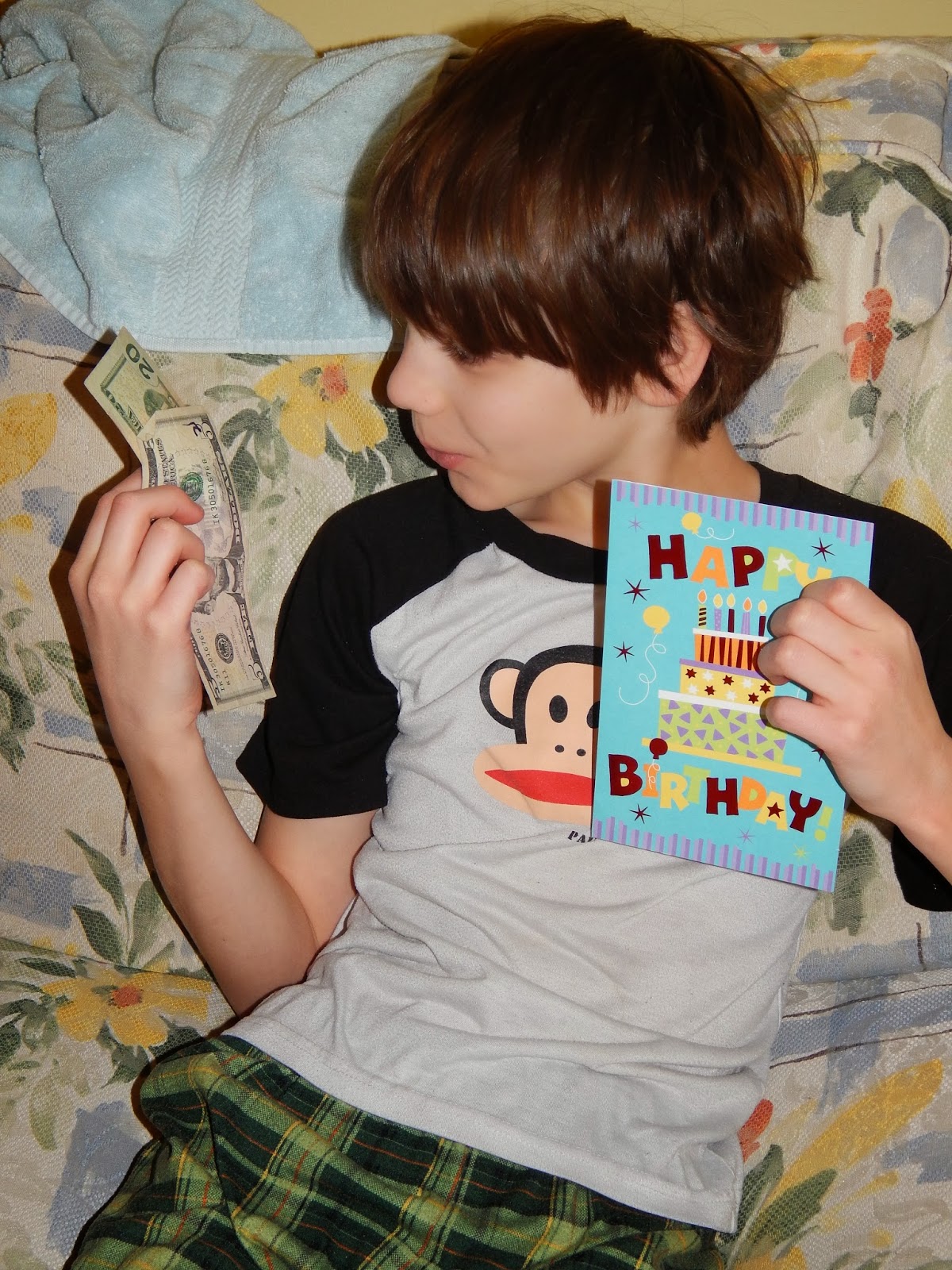 And Grandmom and Grandad's present and card, which contained the other half of his Dollywood pass too! 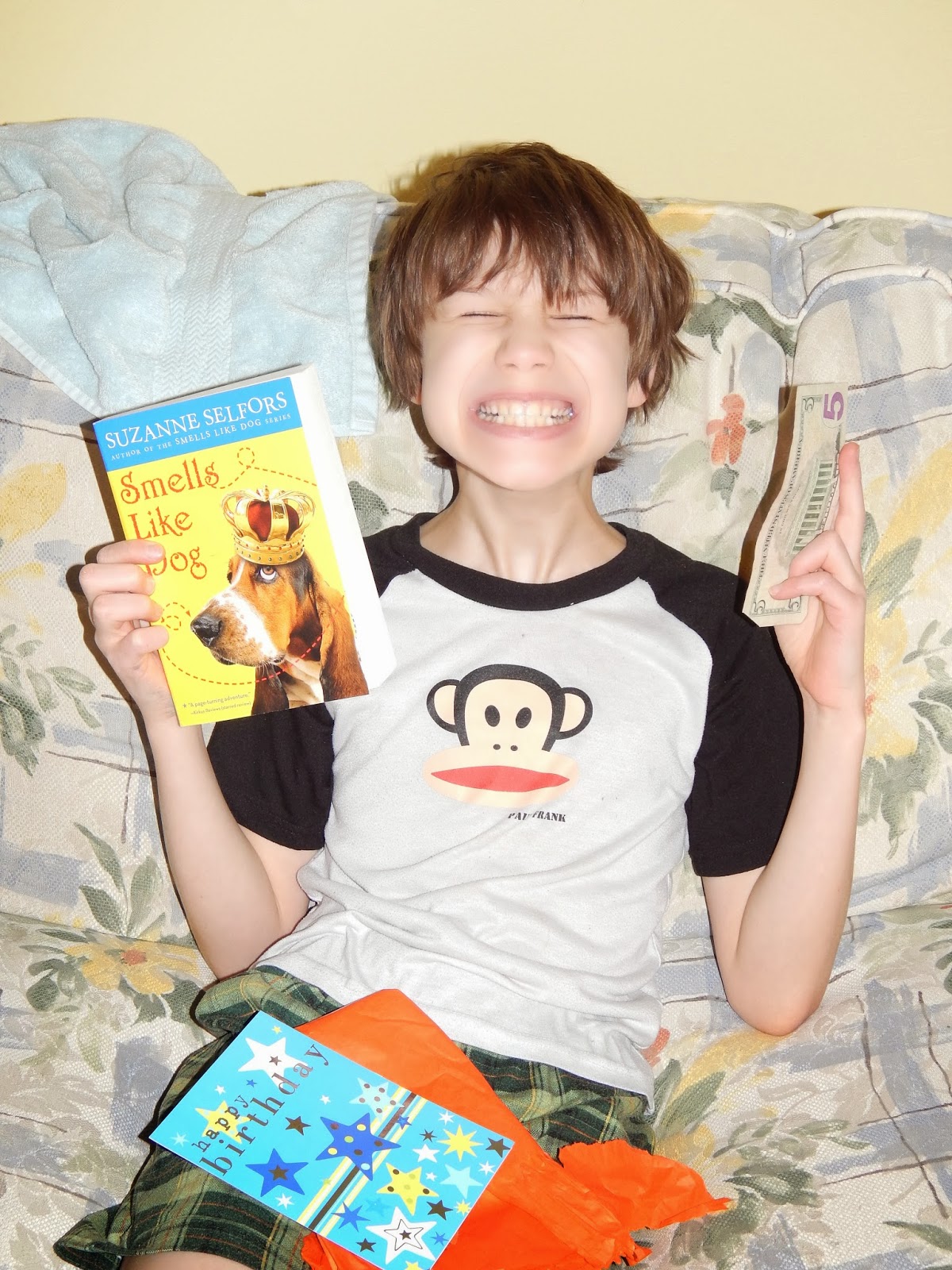 Not long after, we had his birthday dinner with Nena, Papa, and Sherry.
He wanted to eat at Logan's and asked if we could also swing by PFChangs afterword for some dessert.

While we waited for food, he began opening gifts.

I just had to include the pics of him opening the cards his sisters made him, because they're so cute..

Here he is with Iris's card....it WAS pretty funny! 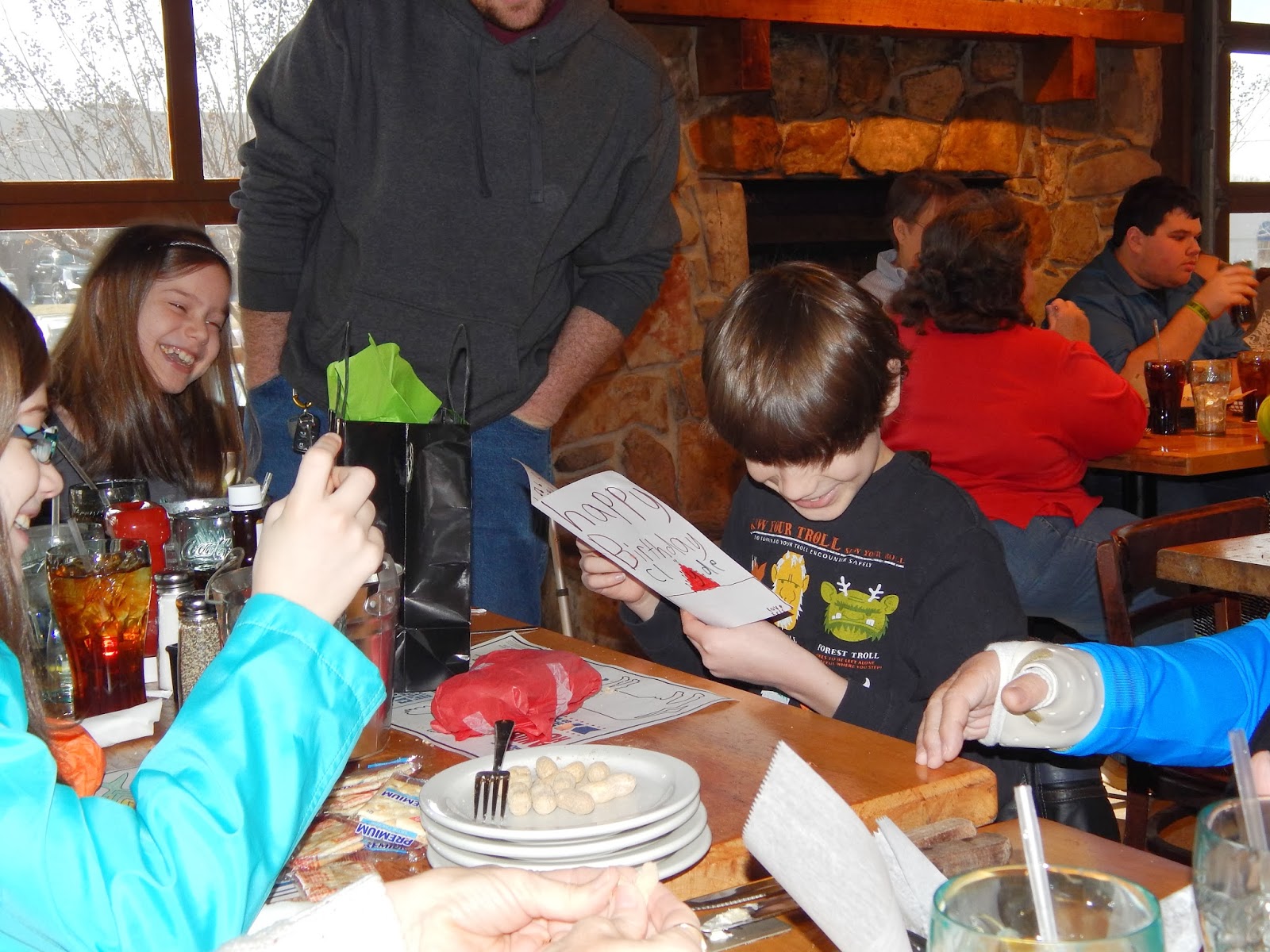 She bought him and aquabot....it's a robot fish, that can swim in the bathtub. 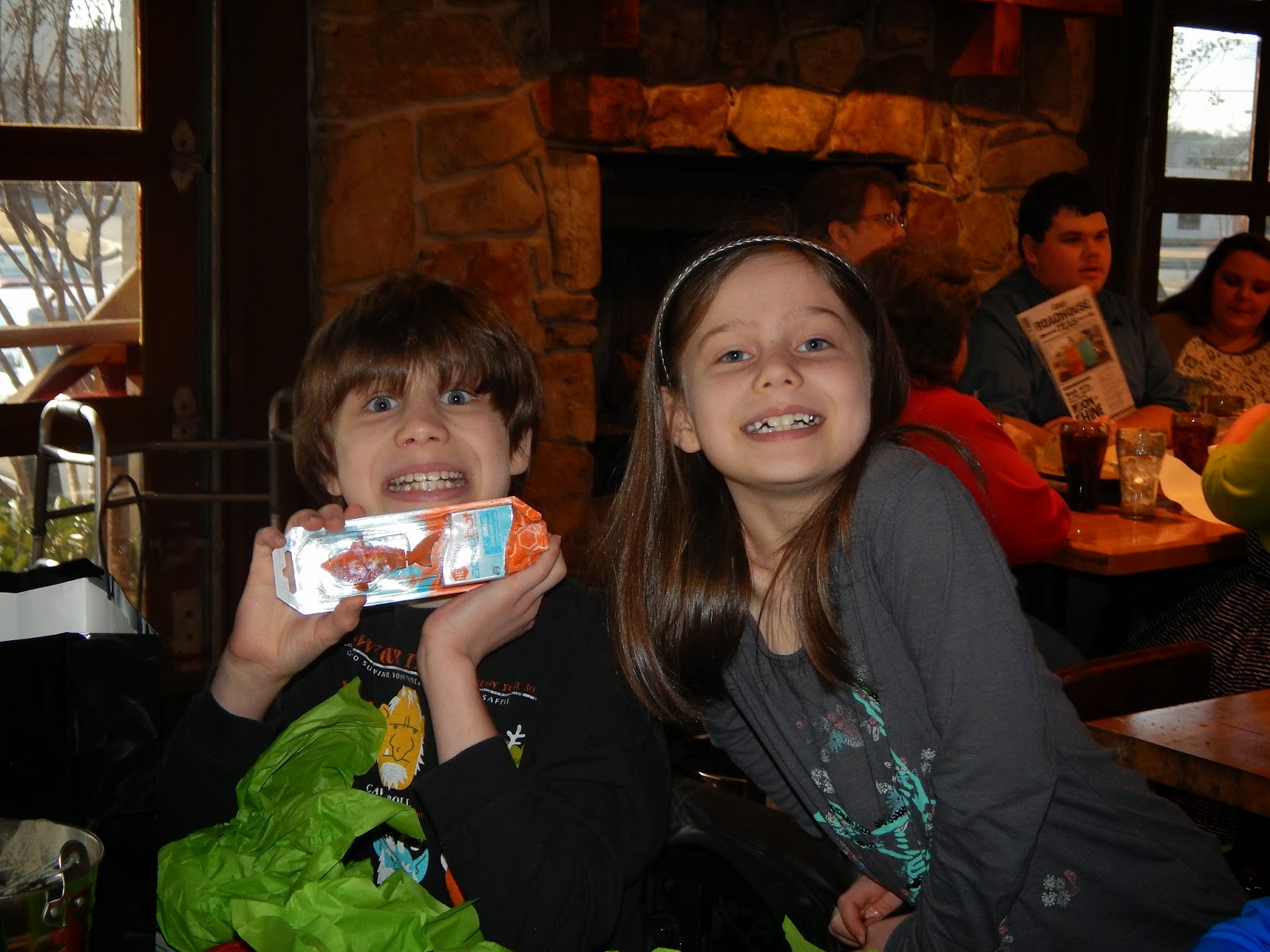 Here he opening Lucy's card.  On the front there was a pouch...he's unfolding the object he found in the pouch.... 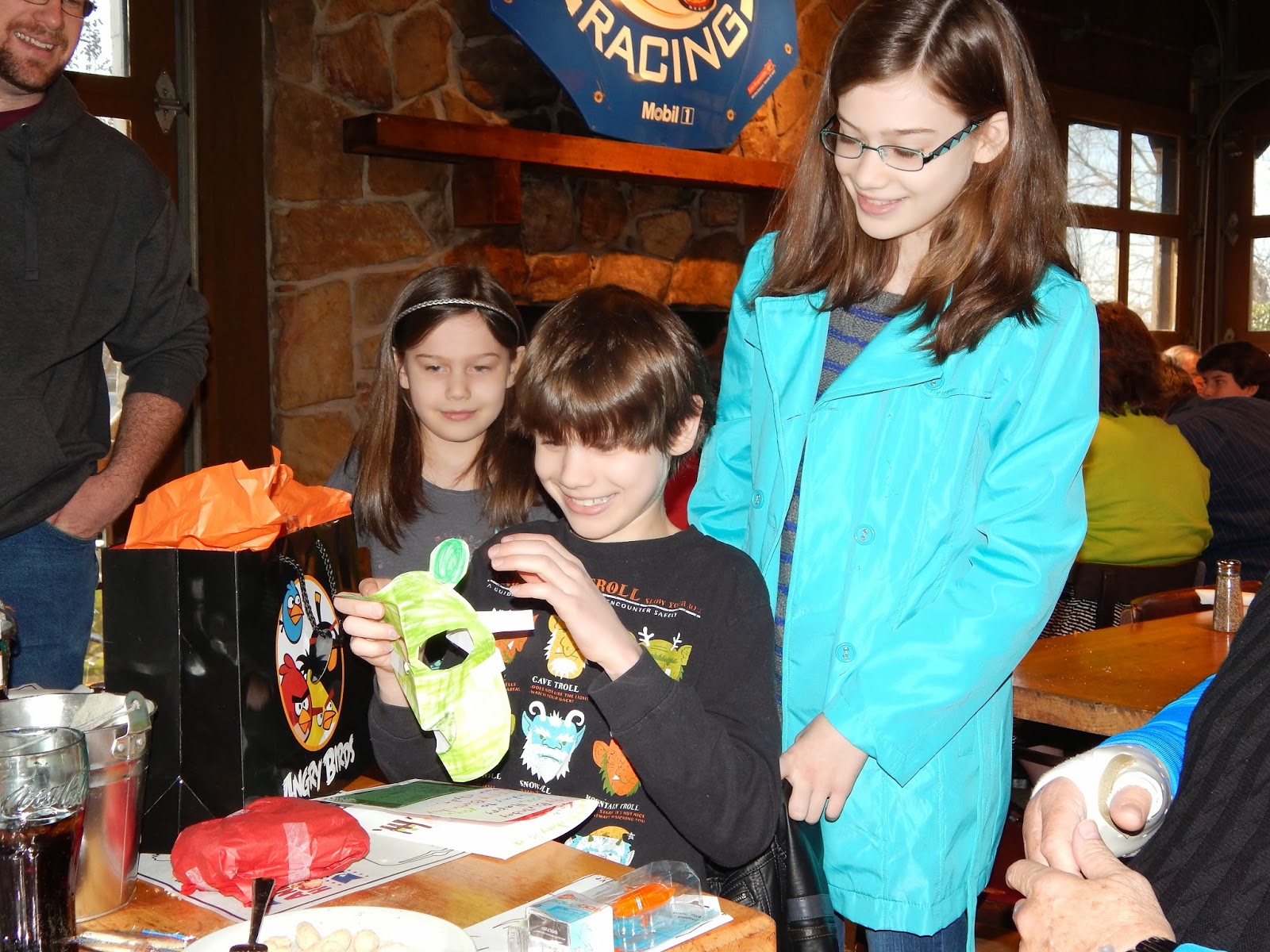 Turns out, it was an AngryBirds green pig mask, that he's supposed to put on before he opens the card.  When he opened it, there was a 3D red bird coming towards him :) 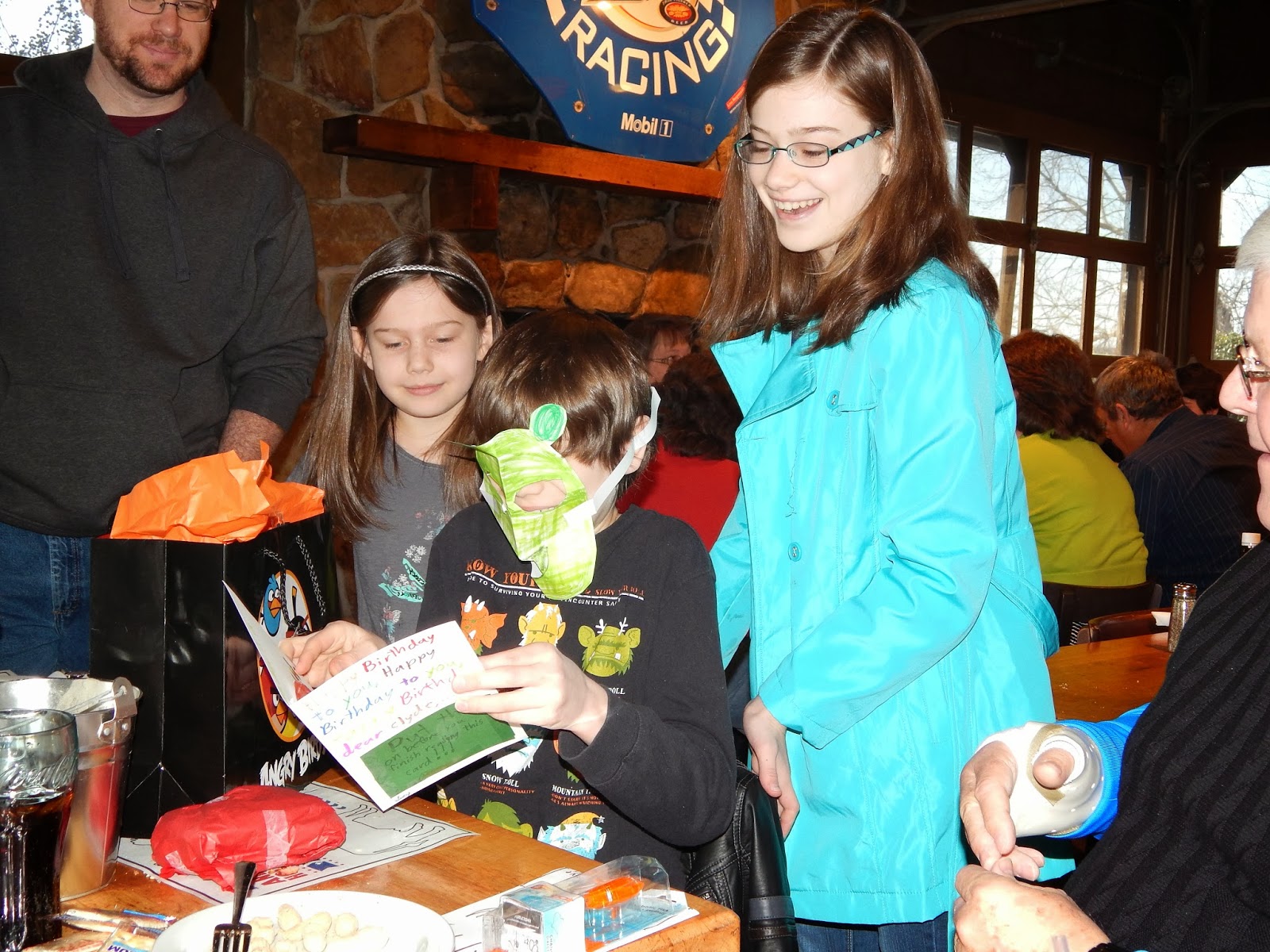 Lucy bought him a starter Chima set, which was the main present he had been asking for. 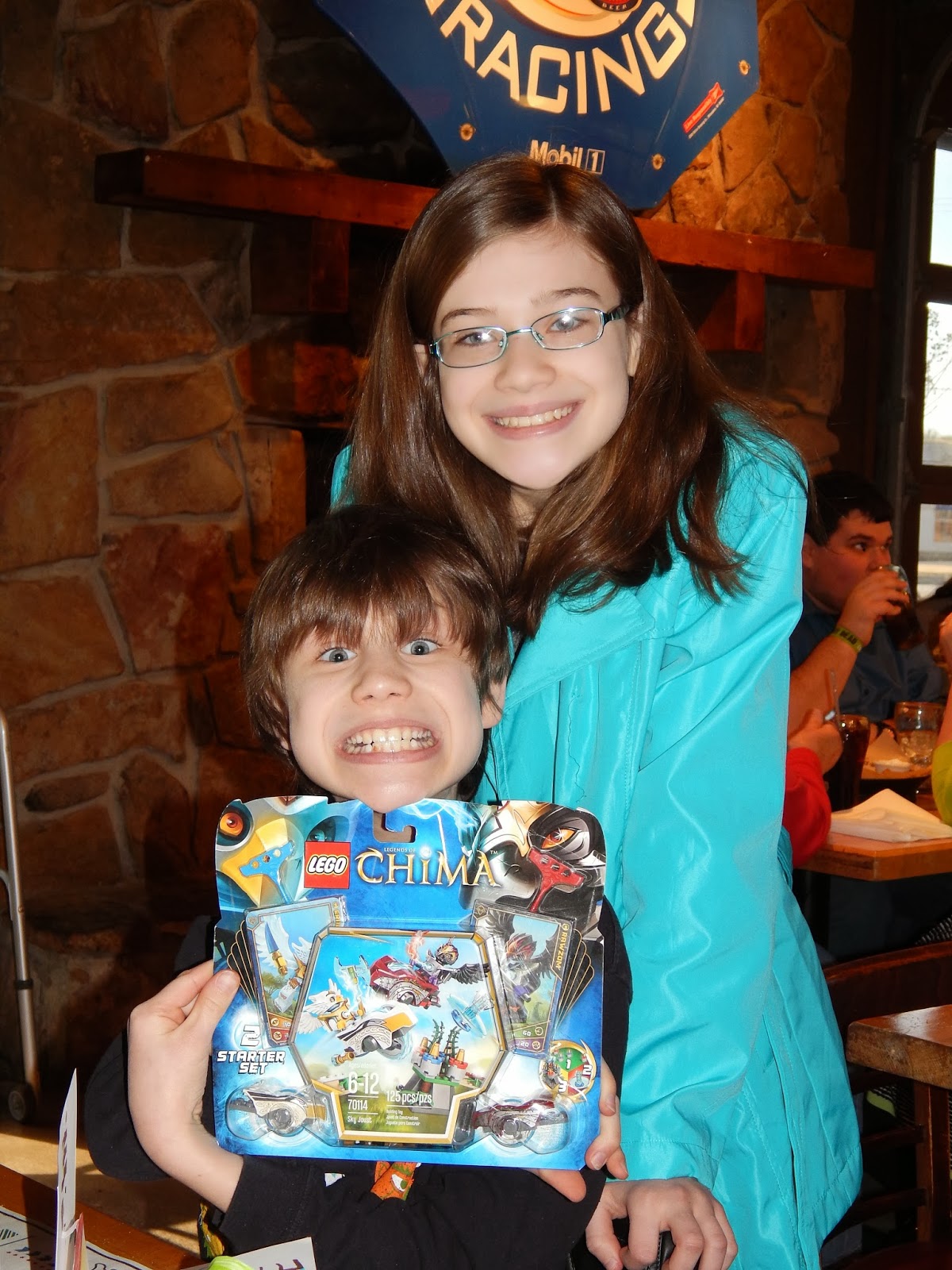 Sherry brought them each a present again... 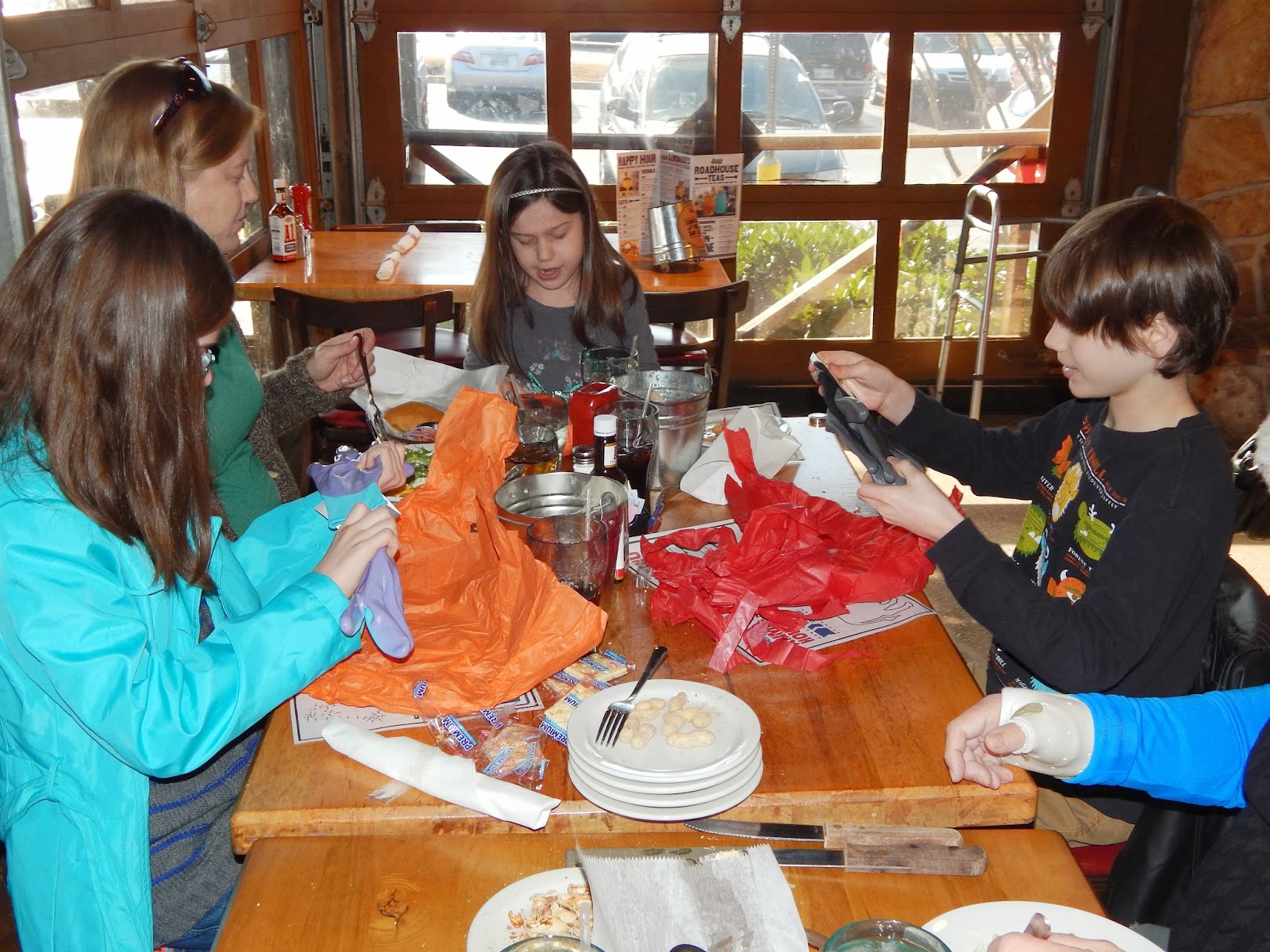 Gardening gloves!  They are already planning their gardens for this year...won't be long! 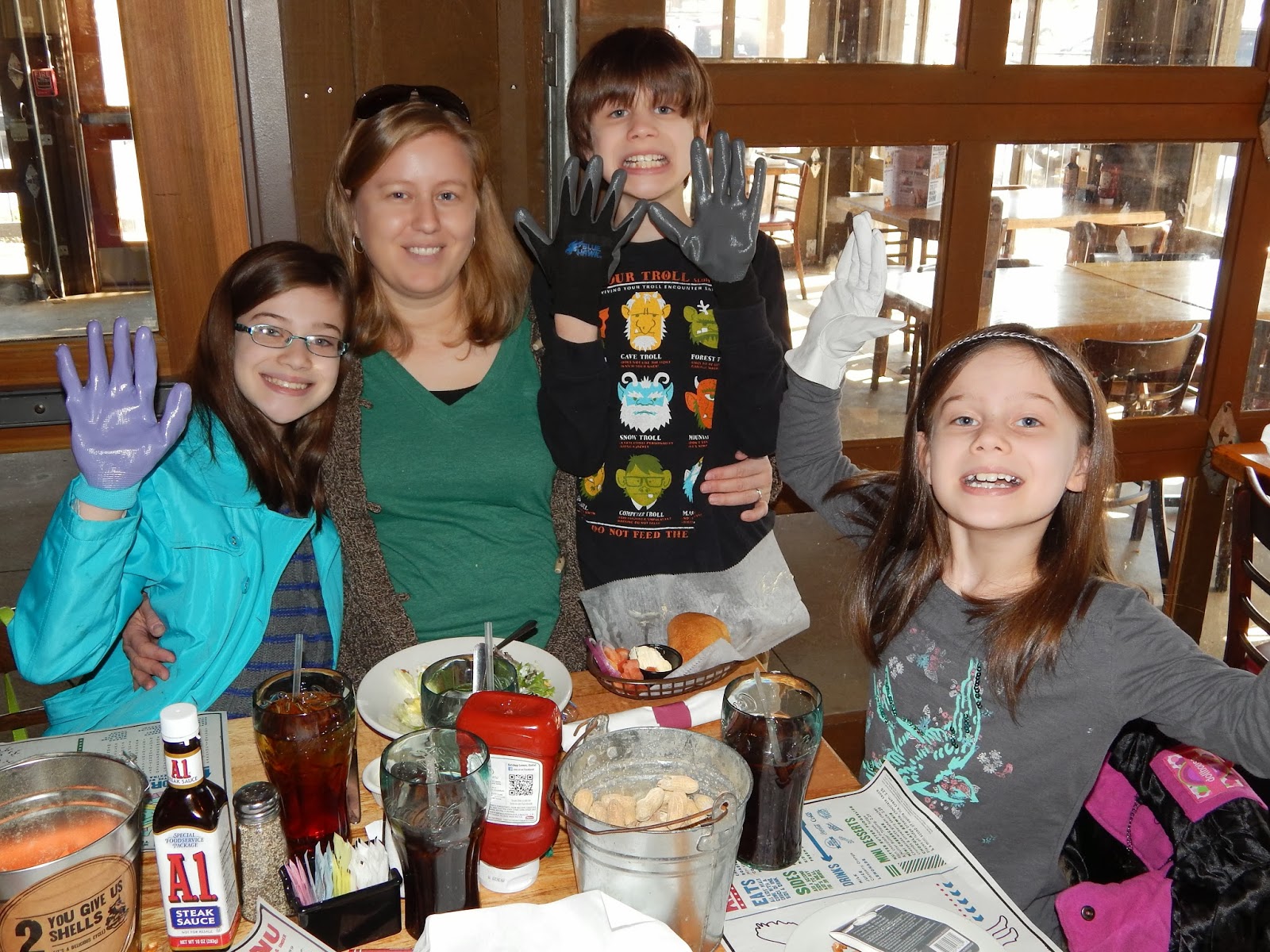 Nena and Papa bought him this awesome wooden game called Destruct 3.  It's all about destroying things with different mechanical wooden structures.  Very Clyde! 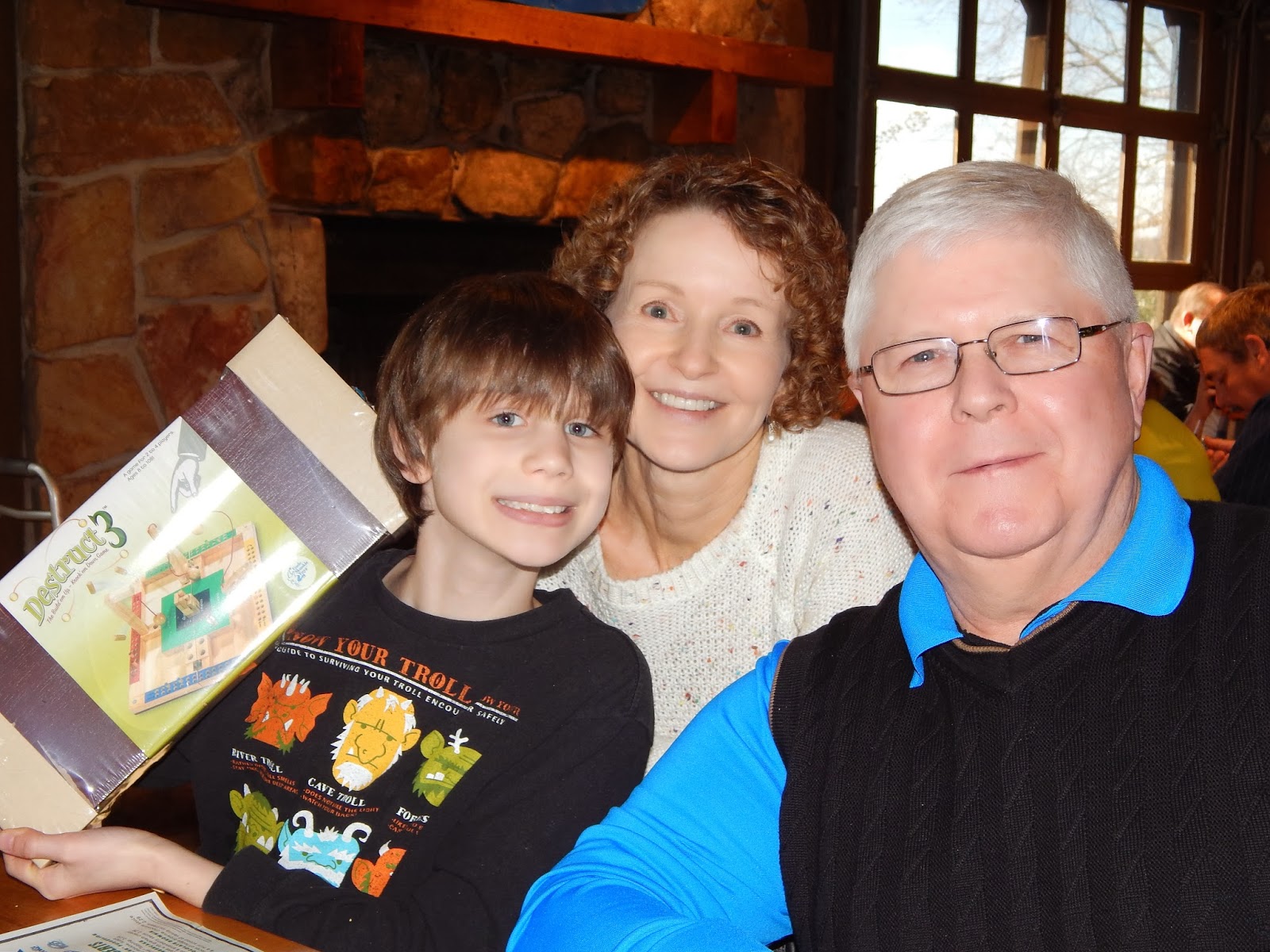 Stephen and I kind of went eclectic this year.  None of the kids wanted anything huge, so we sort of got them each an assortment of stuff in one bag/box.  I think Clyde liked everything....not sure what was his favorite, the Camp Half-blood t-shirt or the beyblades. 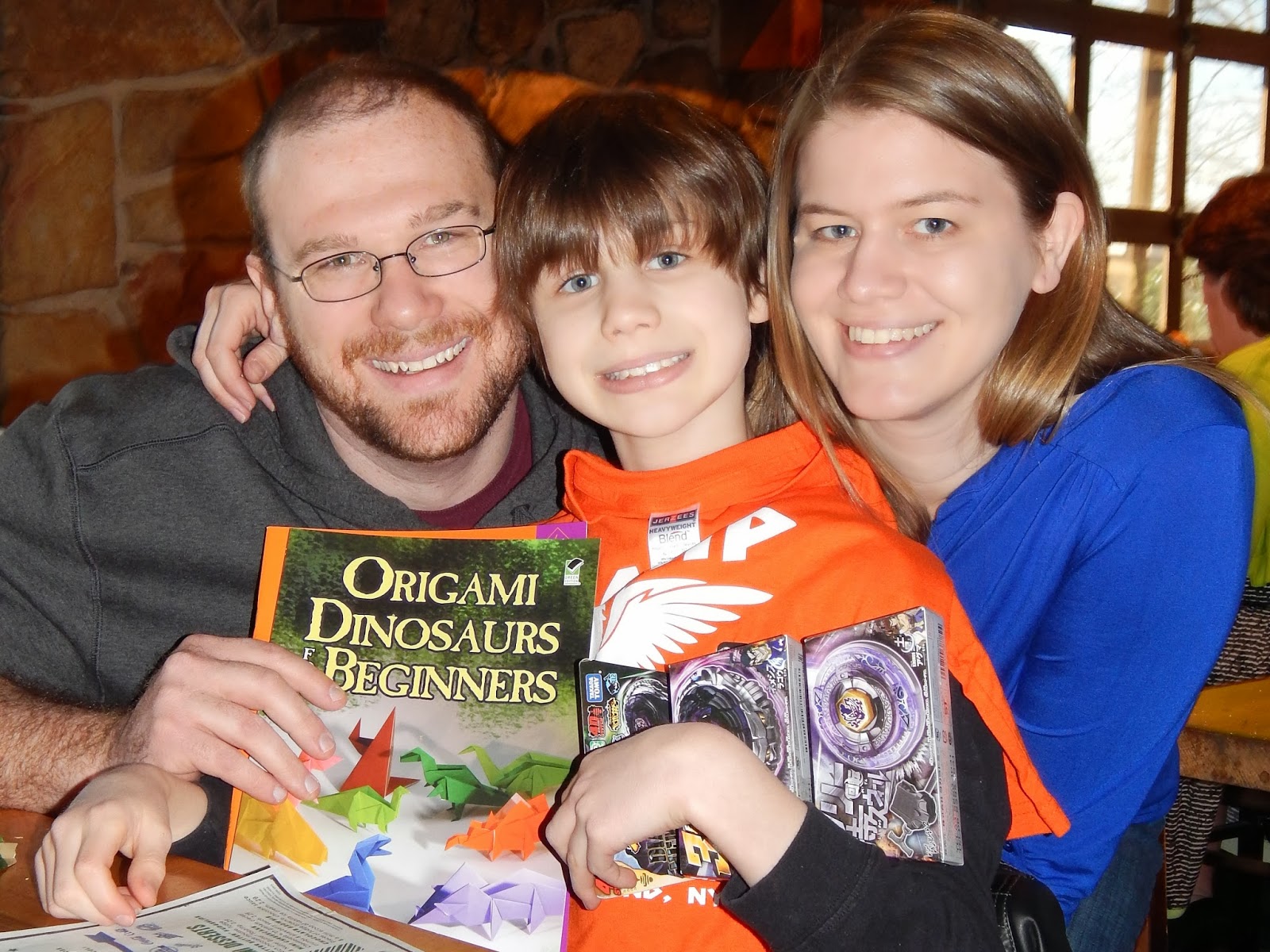 Then we were off to have dessert.

Here's our Fonzie cooly waiting on his dessert. 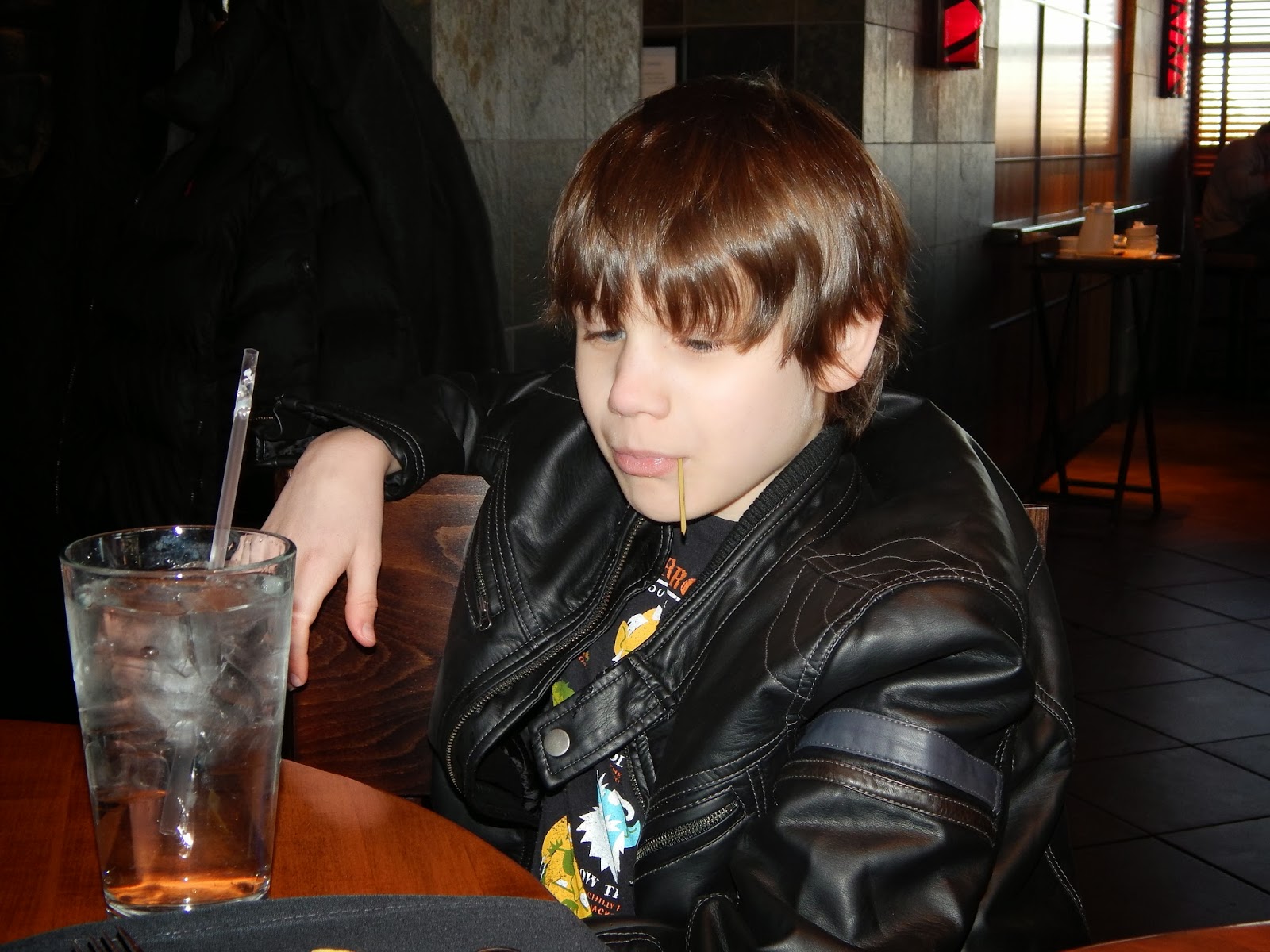 He broke the 'cool' facade and blew out his candles and began to gulp his entire dessert down effortlessly. 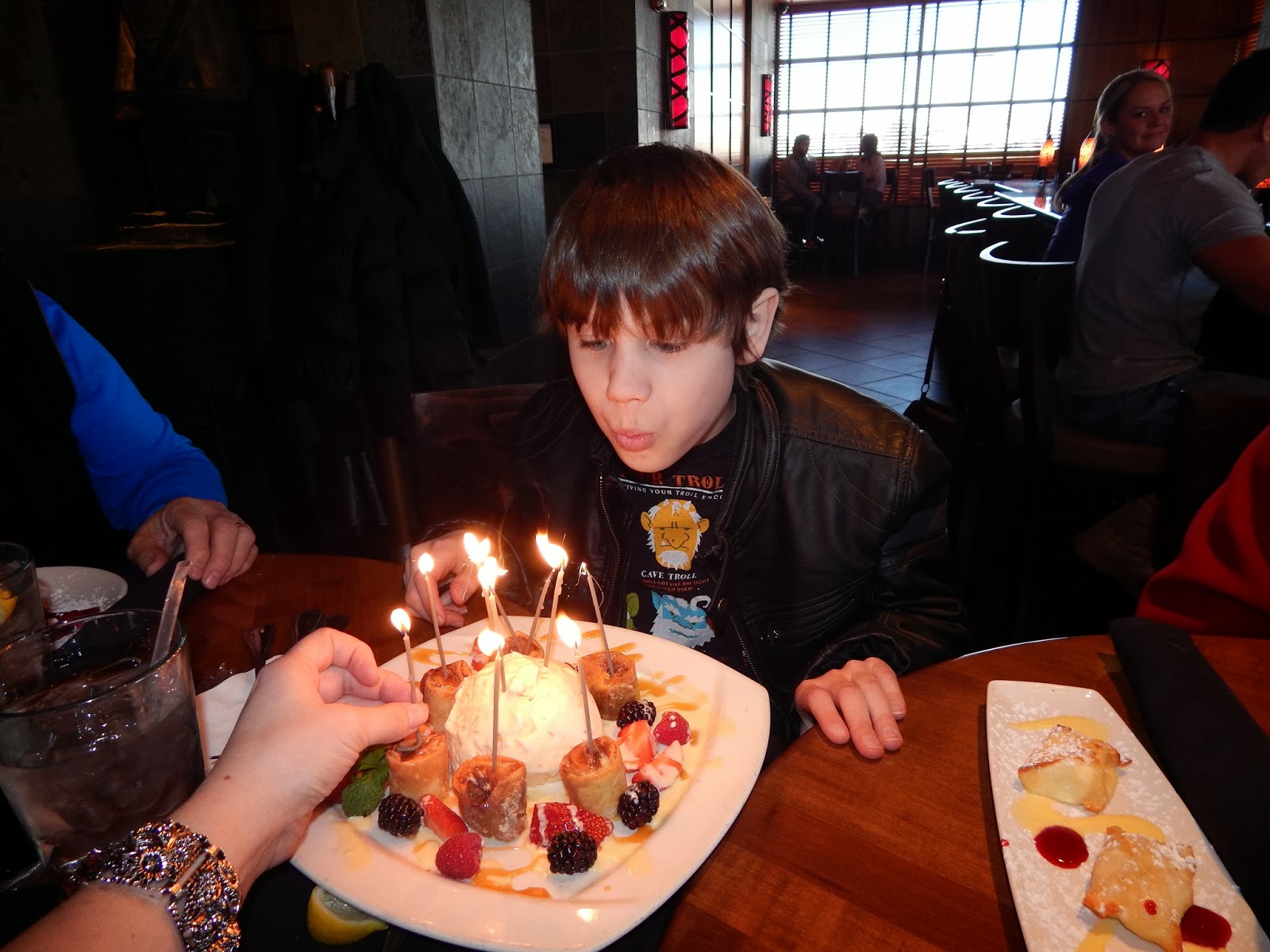 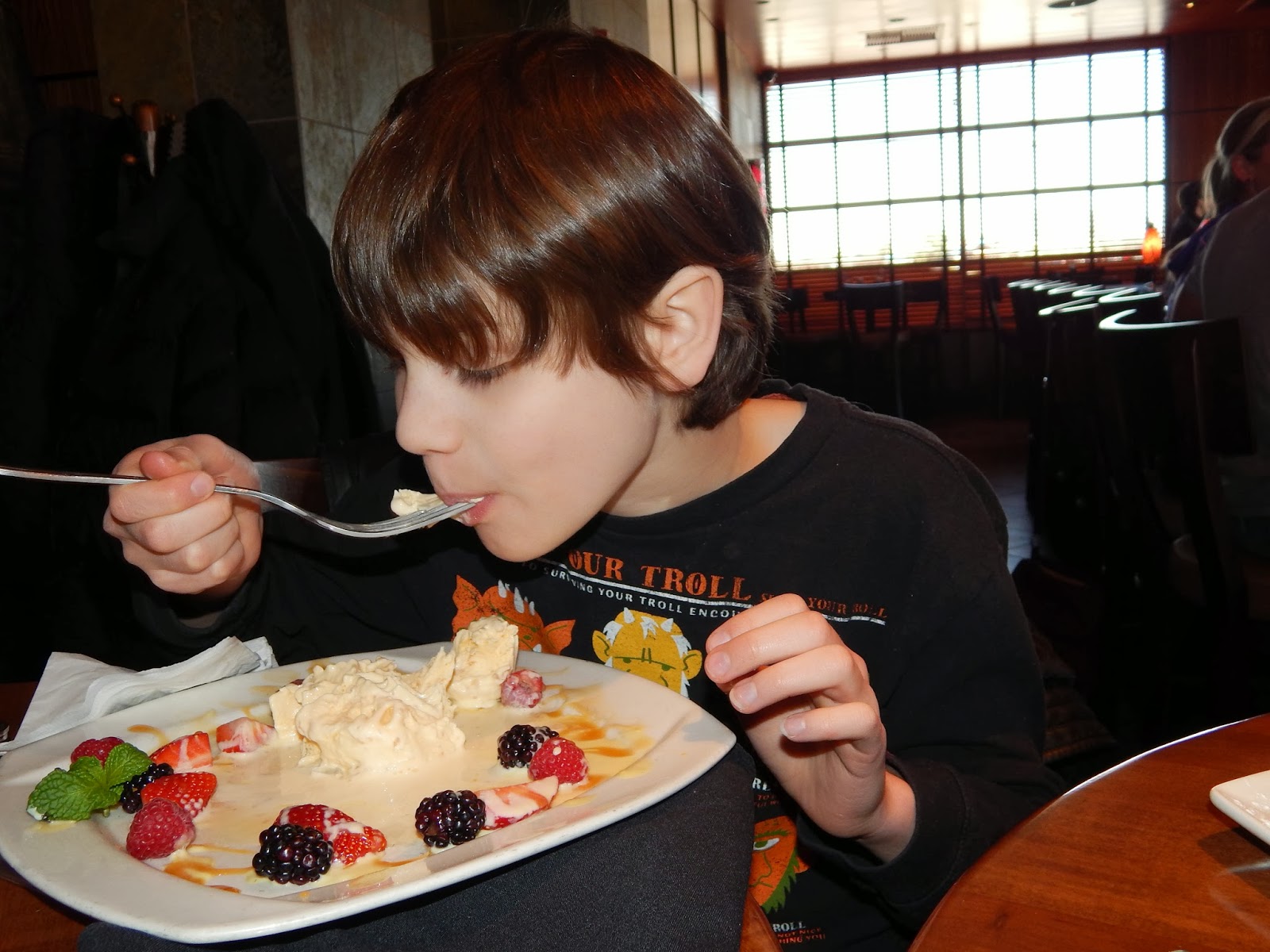 Later we went to Nena and Papa's where Nena and the kids played a couple rounds of Destruct 3! 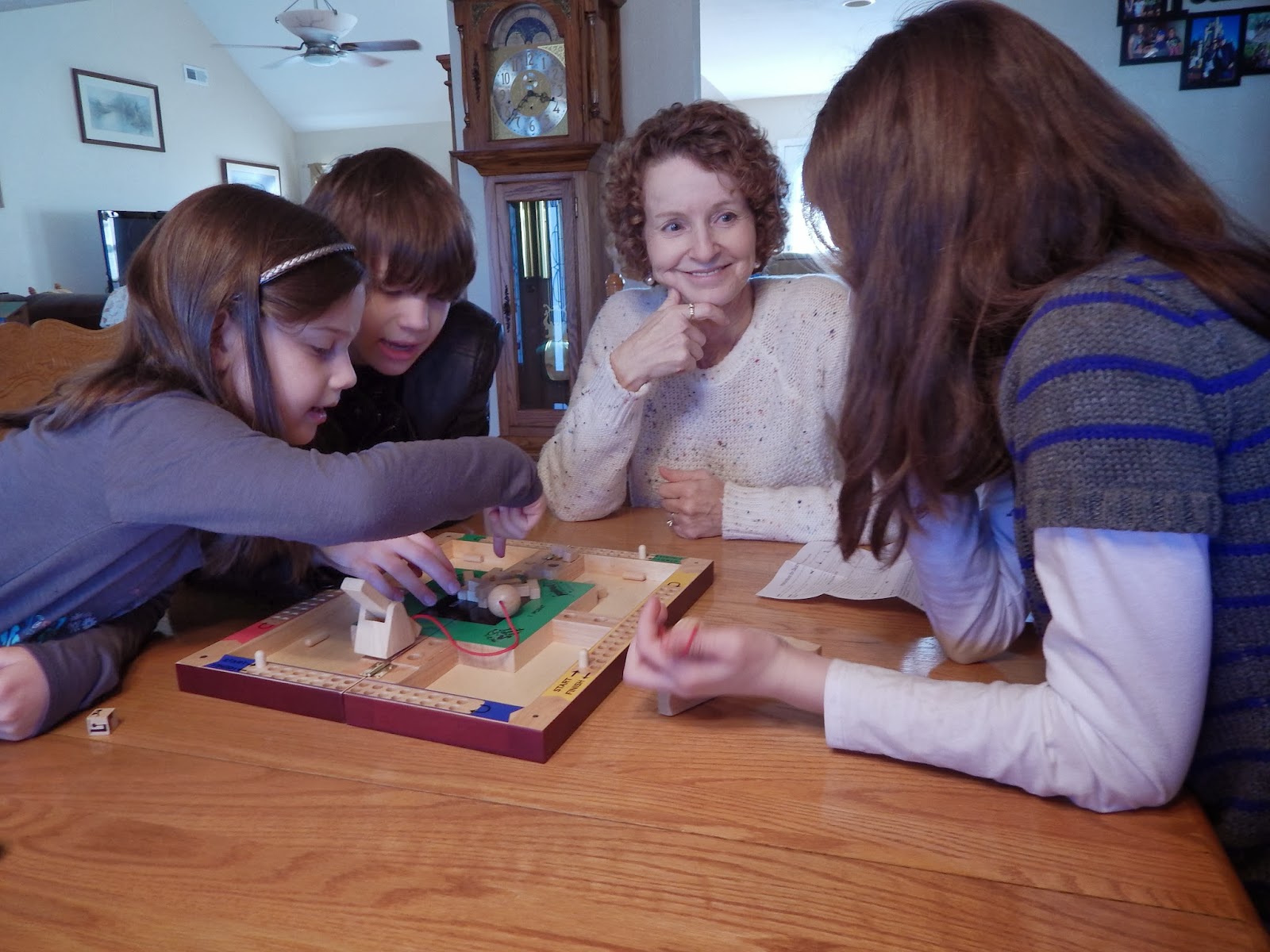 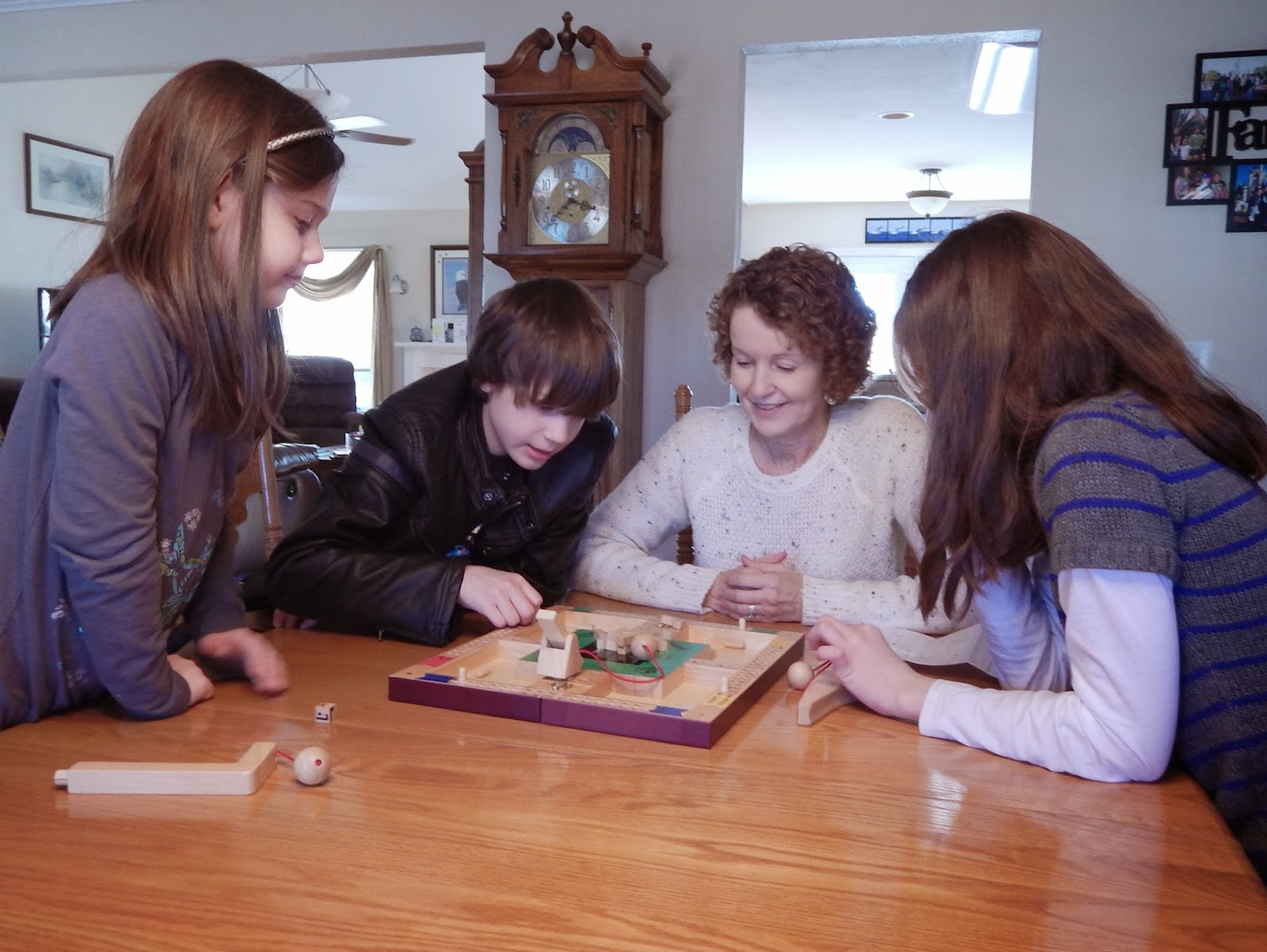