One weekend morning, Stephen and I were standing at the front door looking out and discussing the yard.  I pushed open the storm door, stepped out onto the porch, and pointed at the iris growth, when I suddenly felt myself lifted up and jerked inside.

This cannot be an easy feat.  I am NOT a small woman.

Stephen quickly set me on the inside steps letting the storm door slam.

I saw him stretched across the the porch.  When the storm door slammed, it left his body outside the door and his head in.  He delicately pulled his head back outside.

I stood there and totally freaked out.  Stephen and I both knew he was PROBABLY non-venomous.  I mean, his head was so little and his eyes looked round and black.  But he was so big and had quite a striking pattern.  So I mentally freaked while I tried to identify him online.  Meanwhile Stephen and Clyde were keeping an eye on him until we knew if it was safe to let him go.  Here's the pic Stephen took so I could identify him. 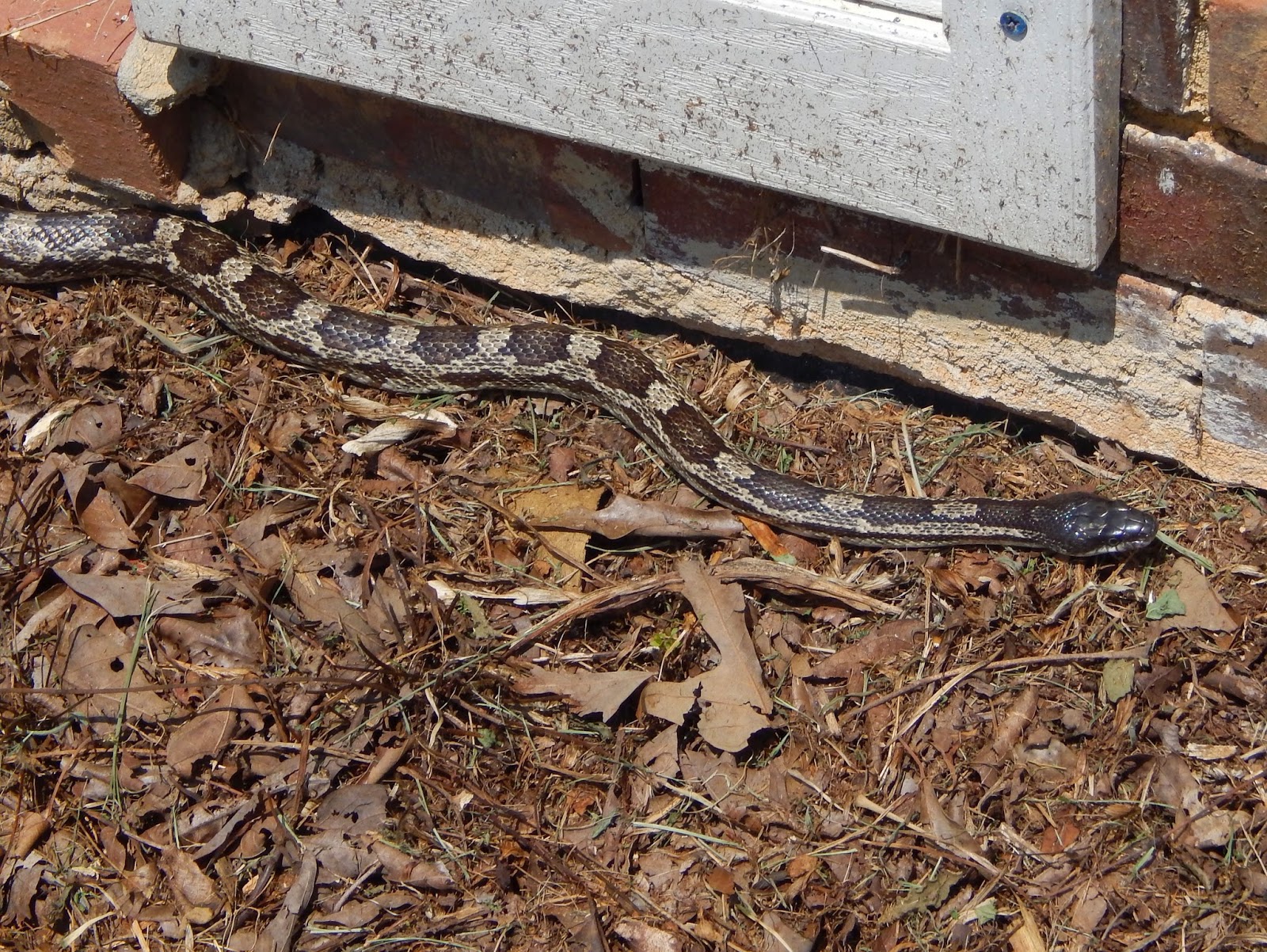 Our resident snake is a gray rat snake.  He was pretty easy to identify.

Stephen had caught him in a bucket in case he needed to be.... you know, in case he needed to go away.   When I told him he was non-venomous, he was getting ready to release him, when I hesitantly remembered.... we're homeschoolers.  We're supposed to take advantage of this sort of thing. 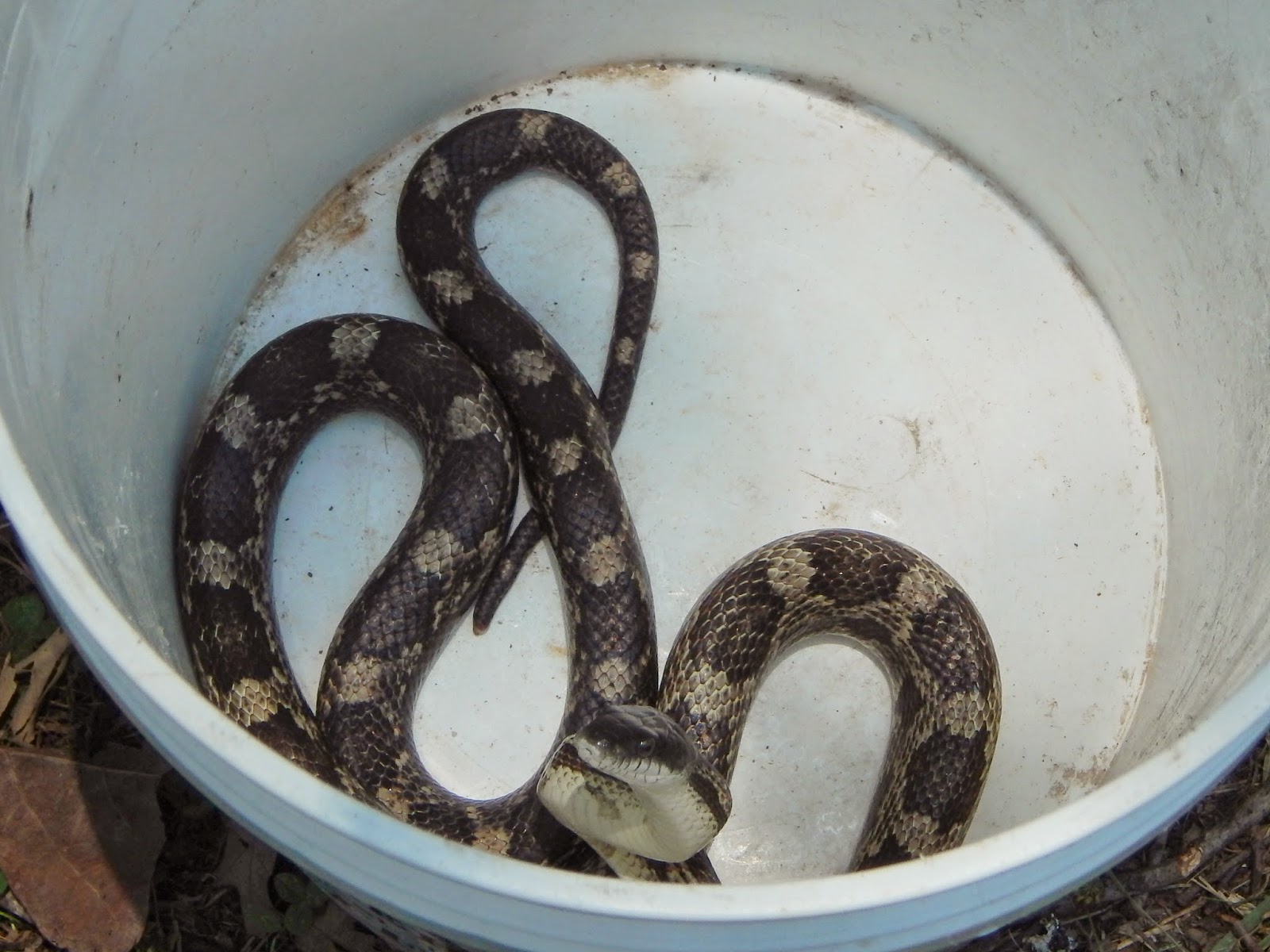 So Stephen, like the good sport that he is, let him out, gingerly held his head down with a garden tool and grabbed him at the base of his head, so the kids could touch him. 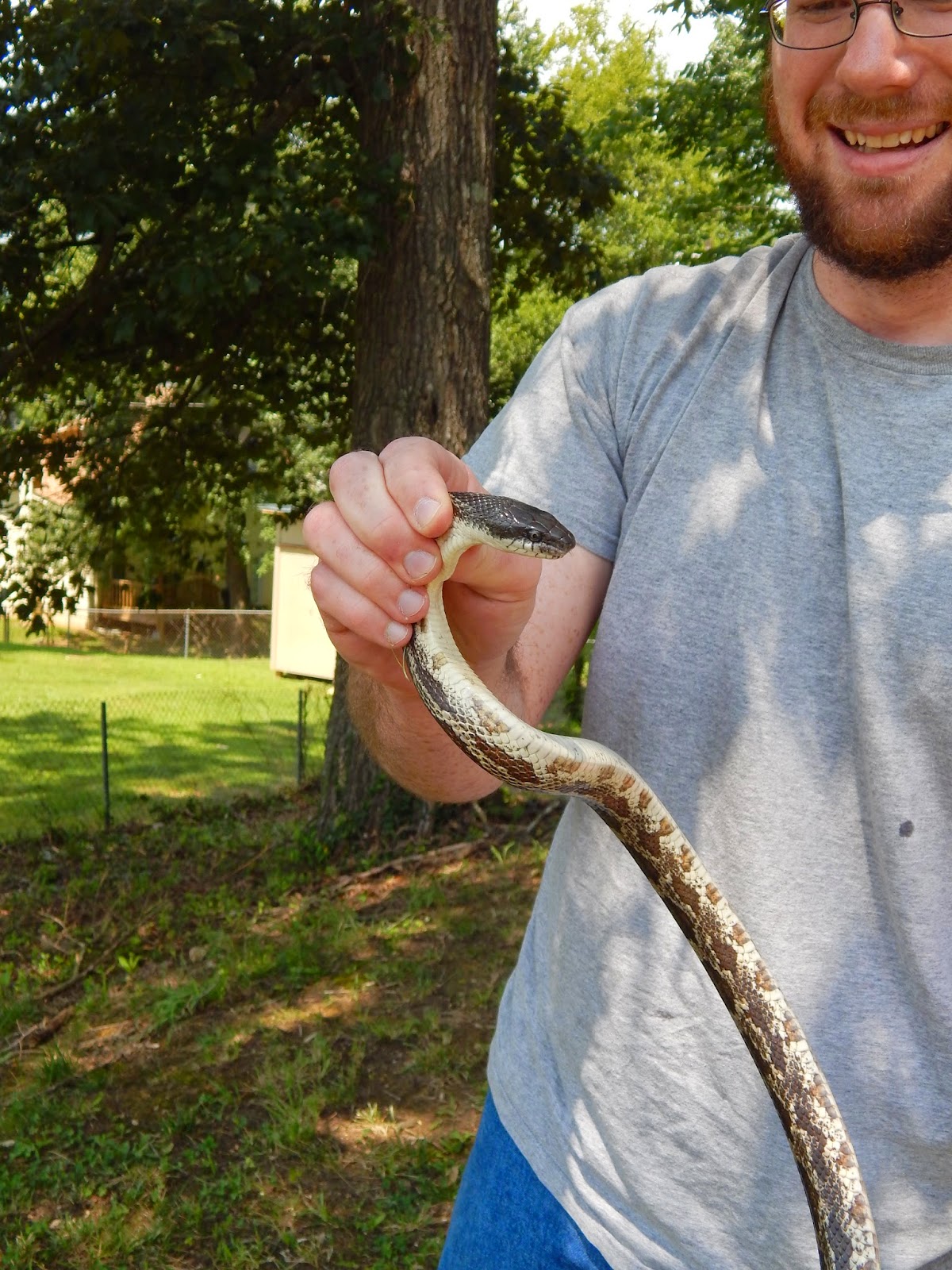 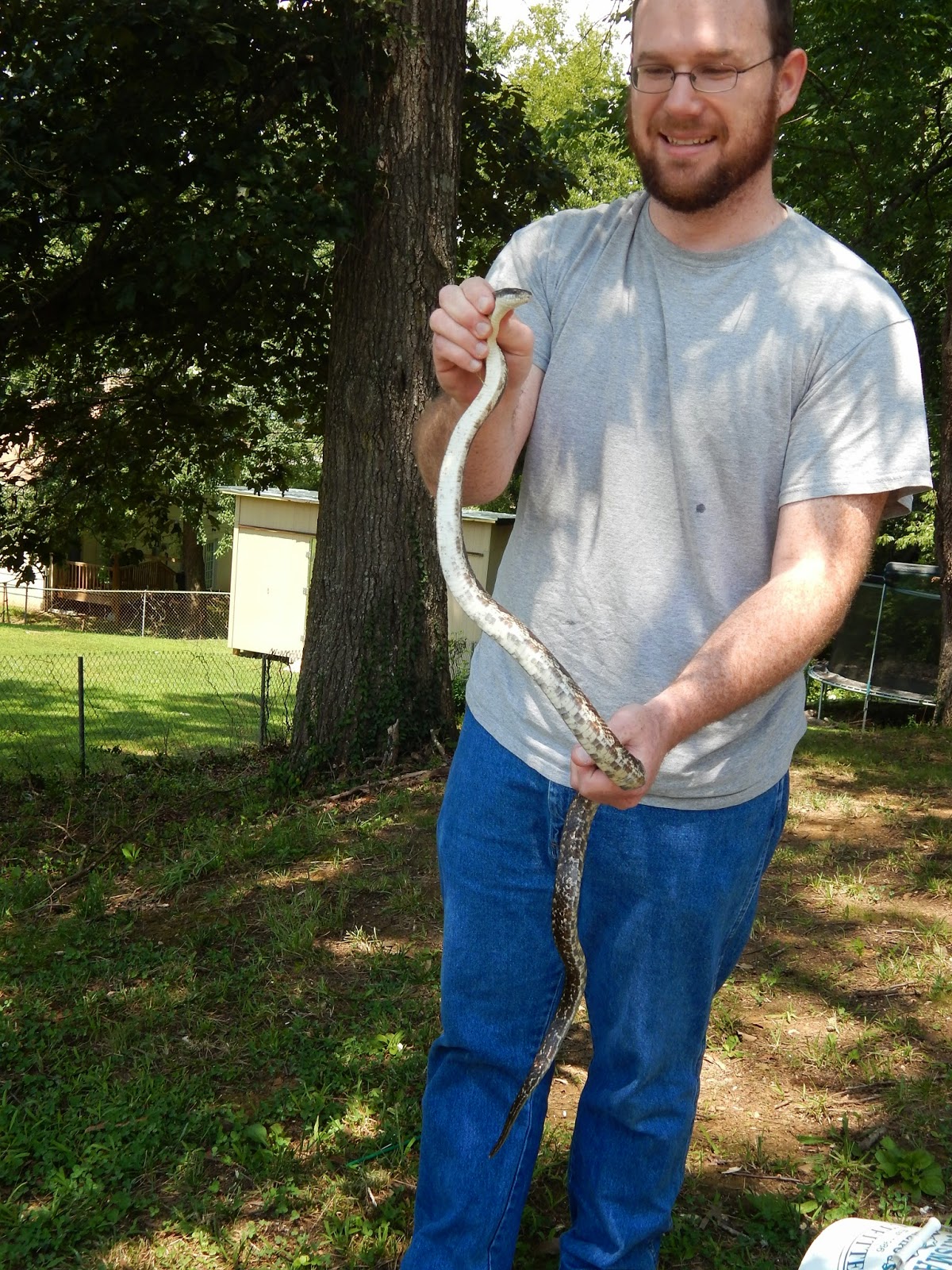 They named him Dilly, and let him go :)