Lucy's Historical Girls' teacher decided to do something a little different this year for the end of the year graduation, and hosted a literary.  This is something they did frequently back in this era for educational and entertainment purposes.  She kind of mirrored it from the literaries described in Laura Ingalls Wilder's Little Town on the Prairie.  The girls who wanted to participate, could choose a song, poem, skit, or recitation to perform.  They could be from the Victorian era, but didn't have to be.  Their family and friends were also invited to perform something if they would like.

Here are a few of the girls, some nervous, others not so much, as they wait for the program to start. 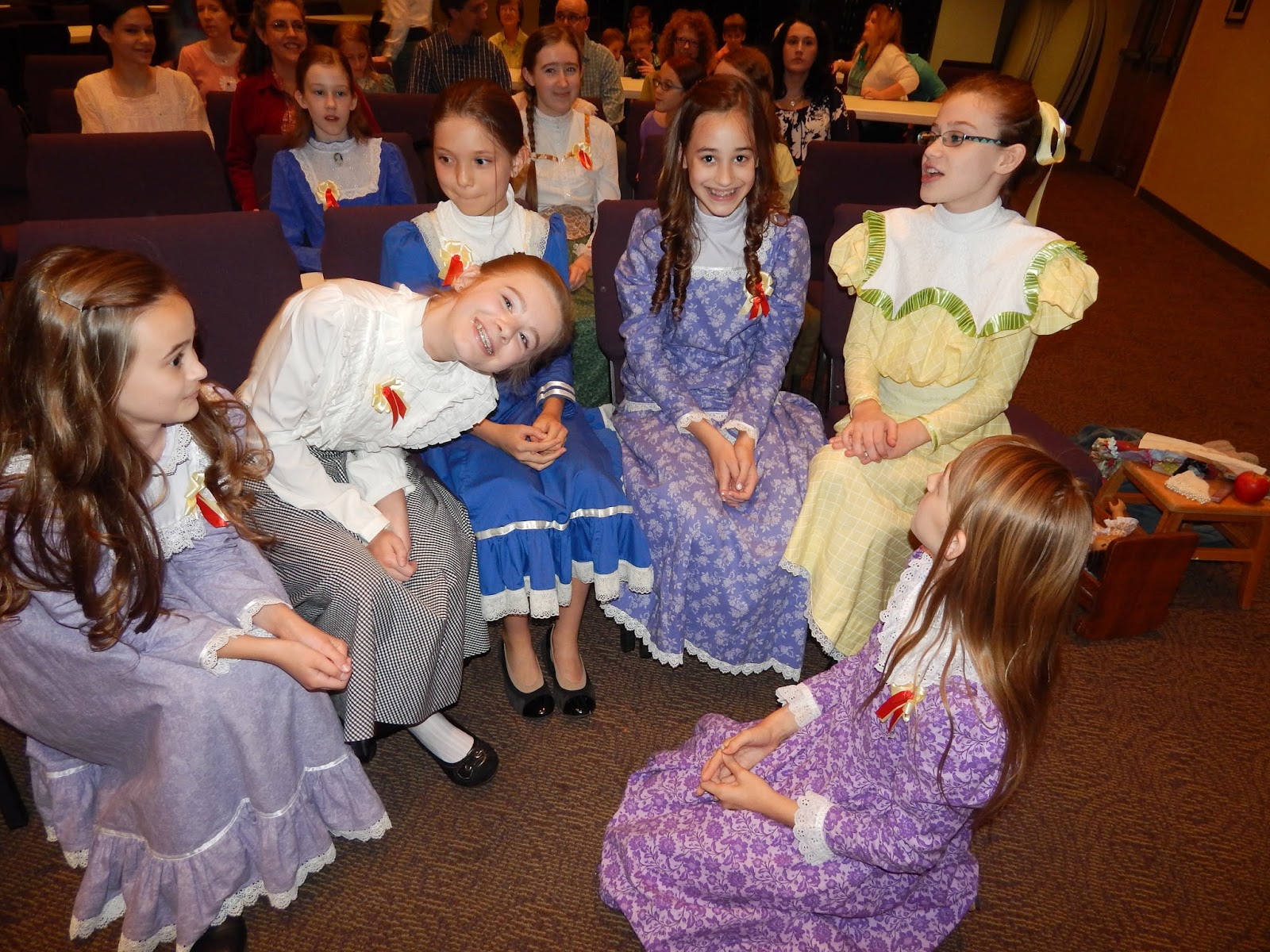 Clyde being an appropriately boisterous brother, glad to see he takes his brotherly responsibilities so seriously! 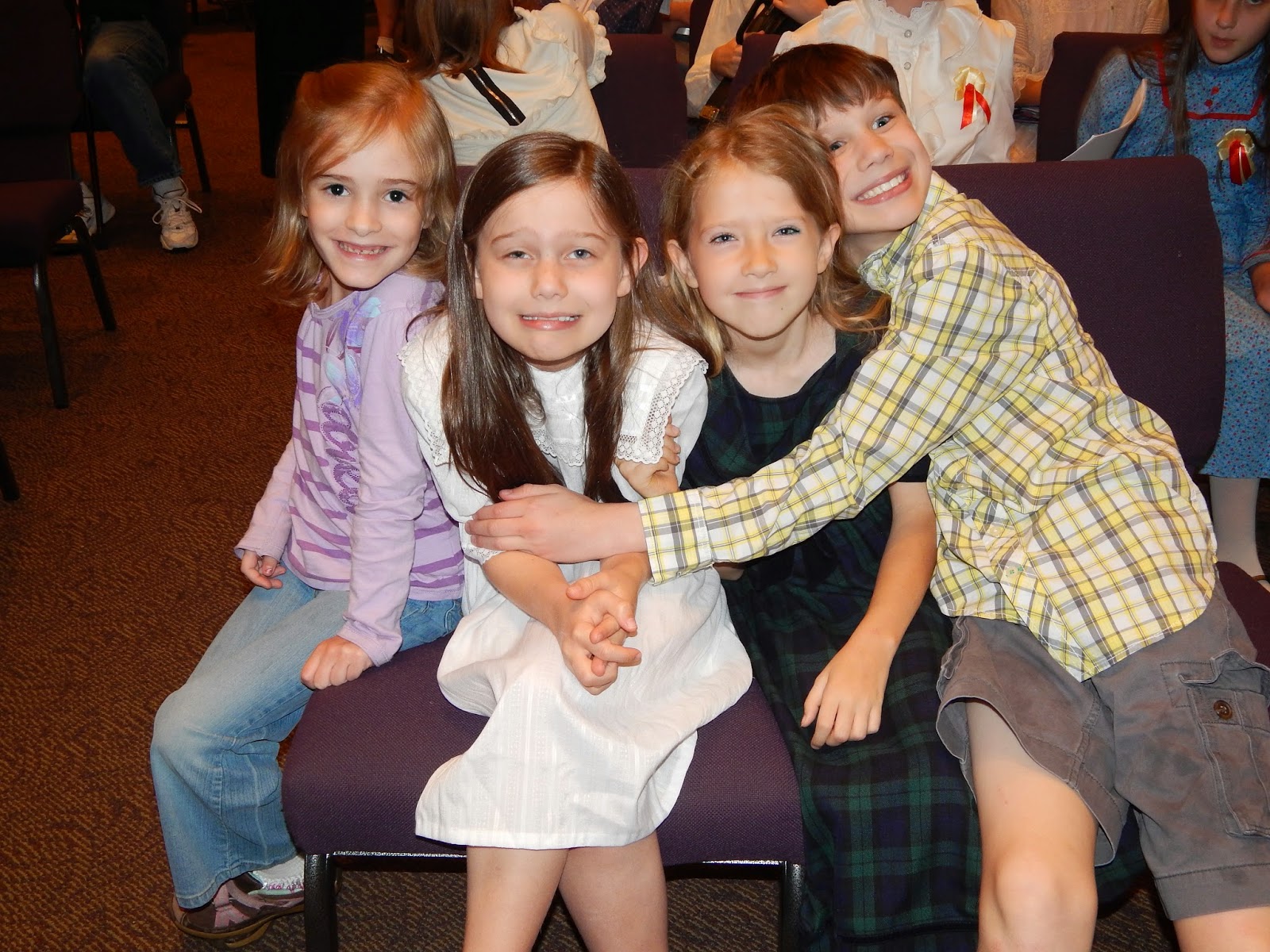 The two Victorian classes stand to recite the original Pledge to Flag of the United States of America in the way it was originally recited. 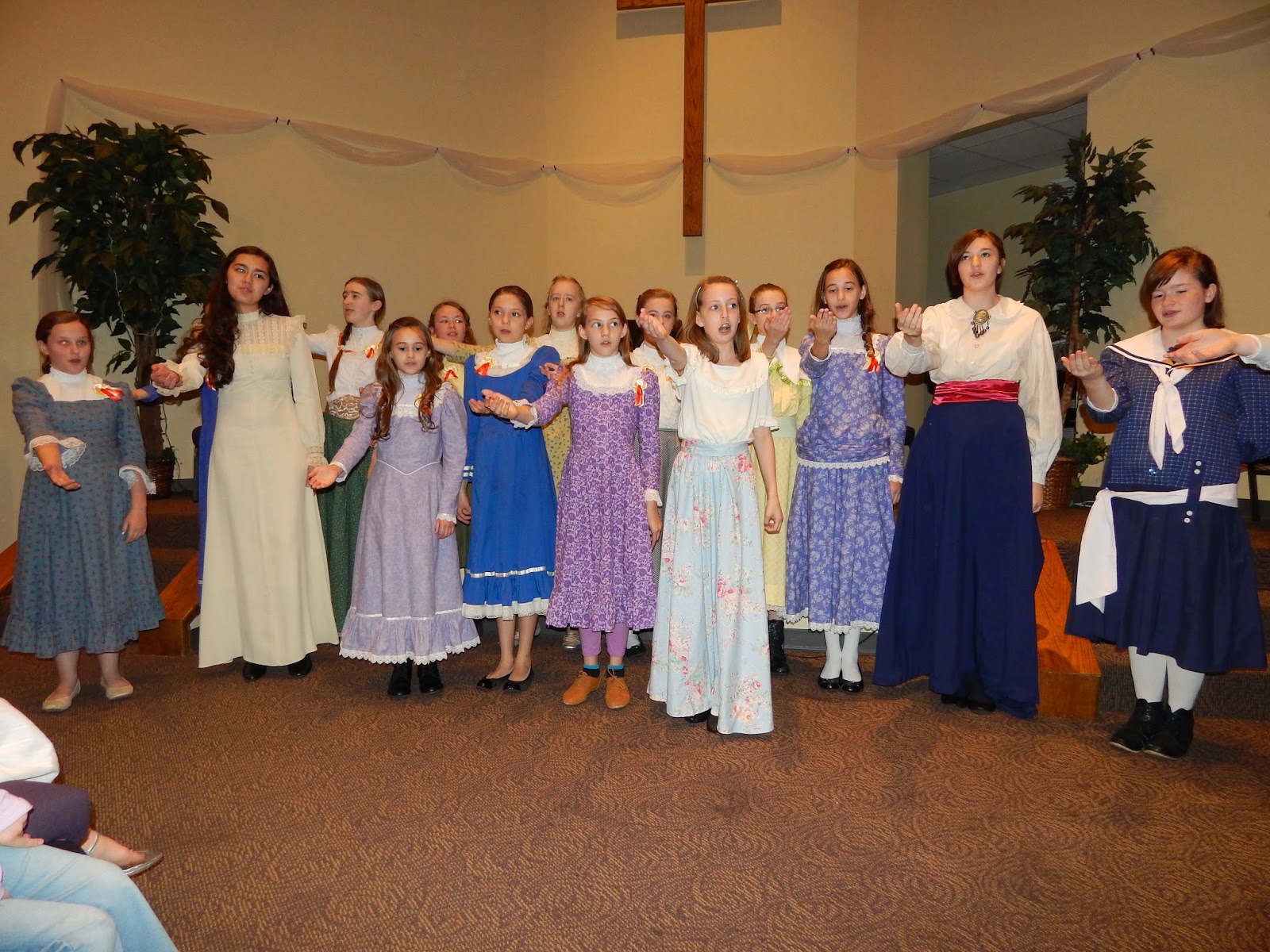 Mrs. E called up each girl and gave her a sweet graduation gift. Here she is with Lucy :) 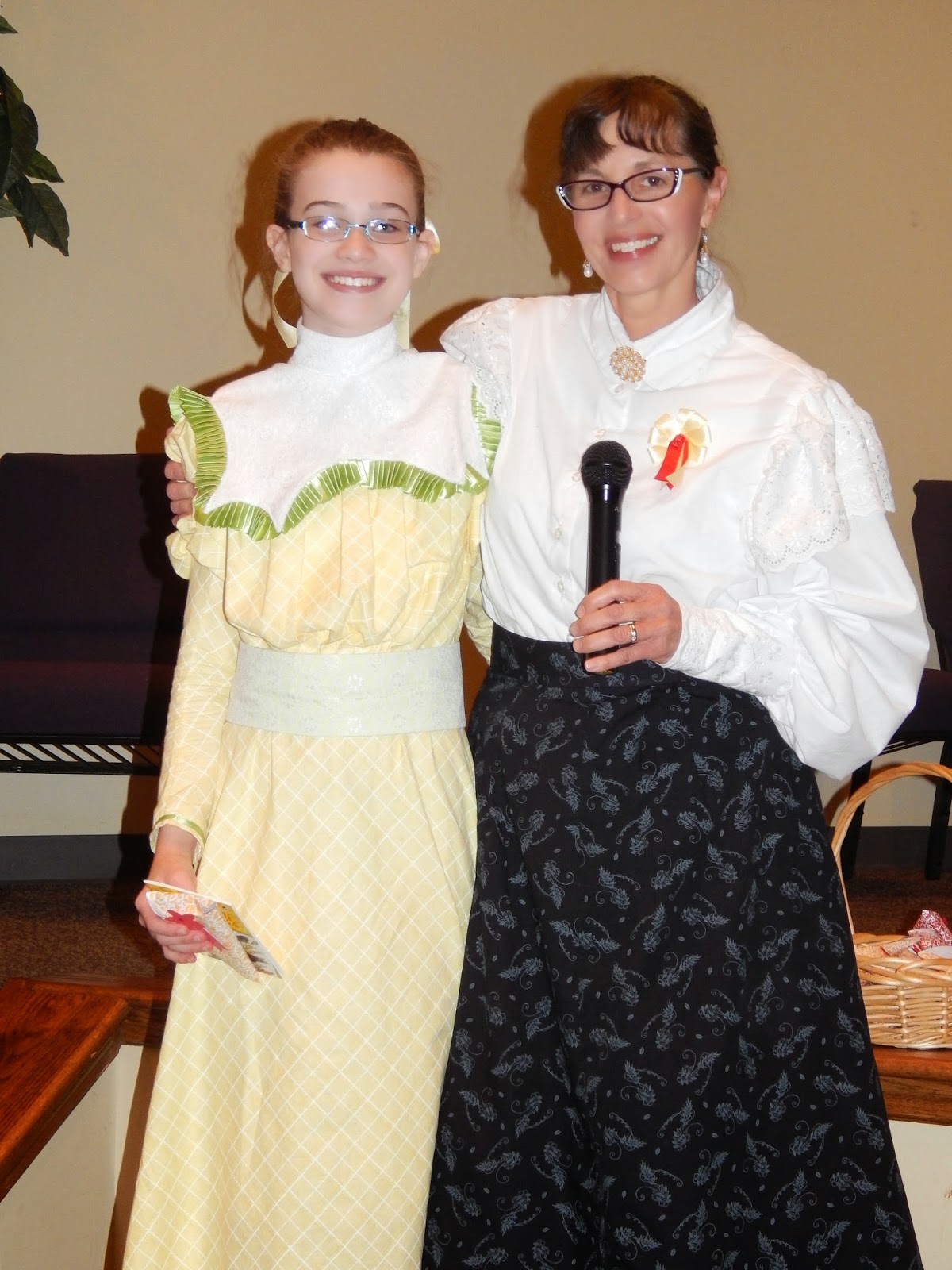 The girls as a large group got up and sang a couple of songs.  Here is Lucy singing with her group during a 3-part round. 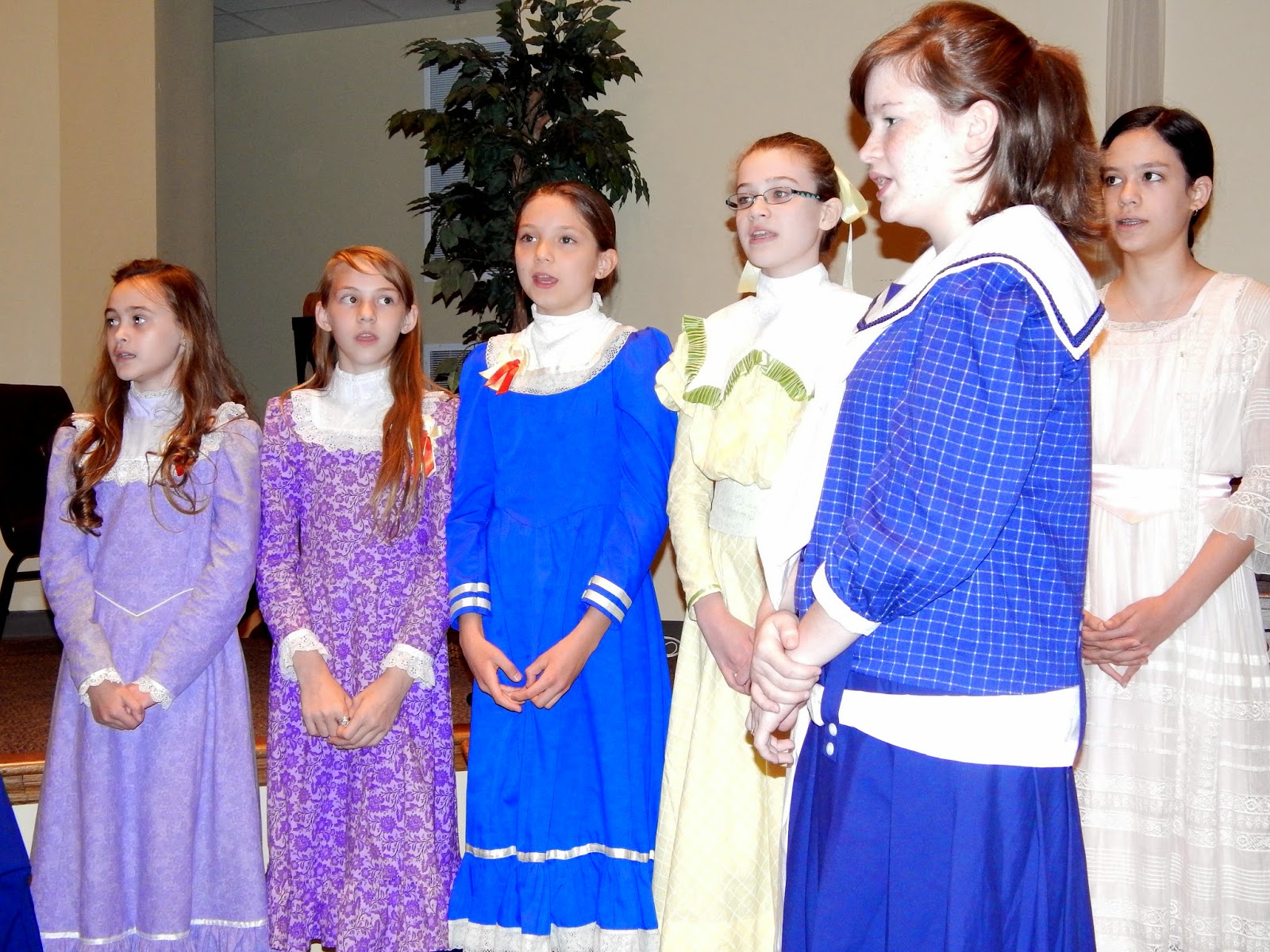 Then the individual performances began...

Iris was originally penciled in as the first act, but was EXCEEDINGLY nervous.  So Clyde graciously traded slots with her and went first.  He recited Lewis Carroll's "You Are Old, Father William." 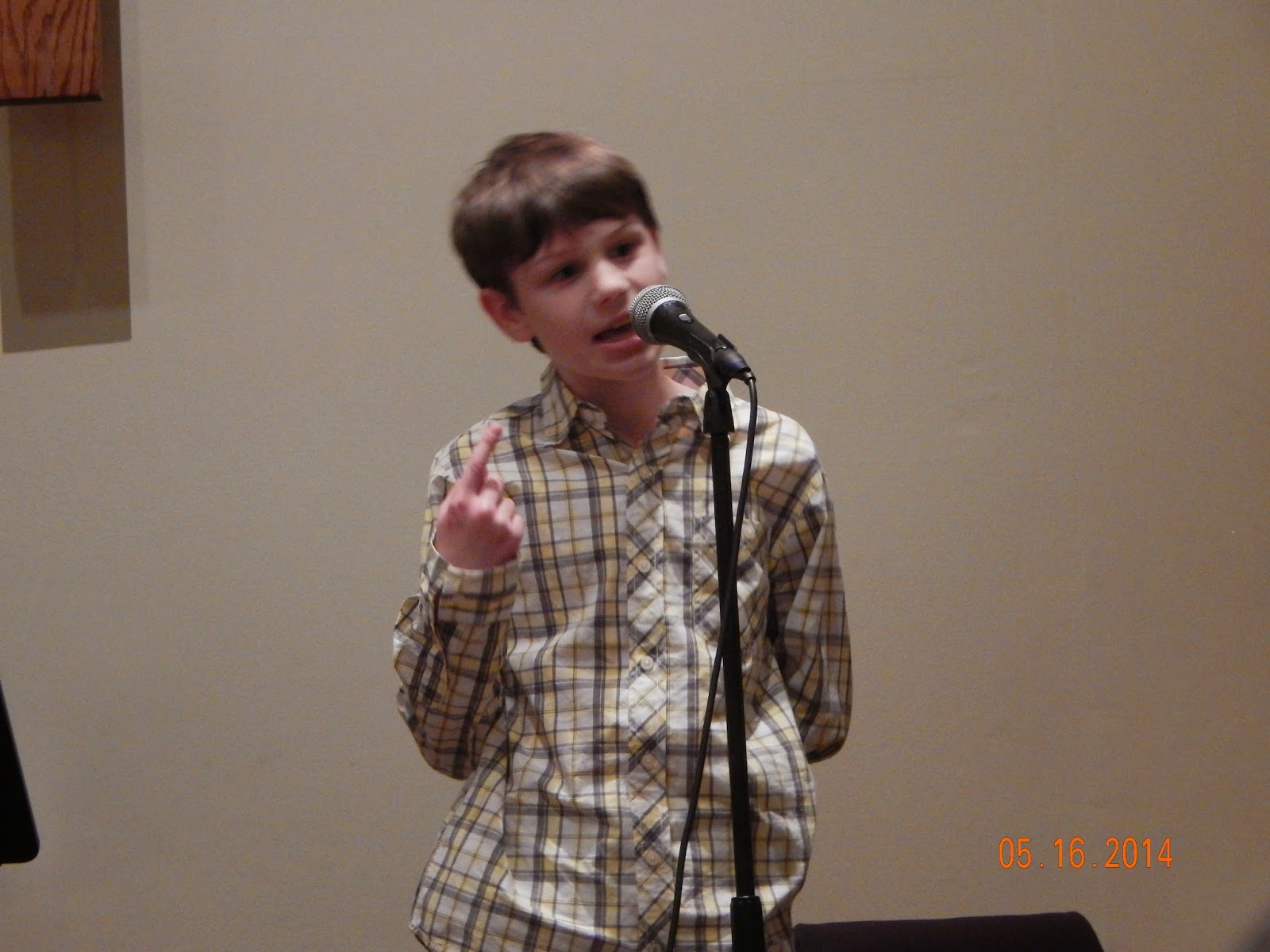 Here's a link if you want to see the video of his very animated performance.  I tried to hit "record" before he started, but my camera stubbornly refused to start until he was almost done. :(  He did SO great!!  I was so proud.  I know he was nervous and I know how much work he put into learning this poem!!  A lot!
Clyde's Performance

If you'd like to hear the whole poem (taken later at home, not the live performance) here's another link.  Clyde- Take 2

Next was Iris!  She performed "Matilda Jane" by Lewis Carroll. 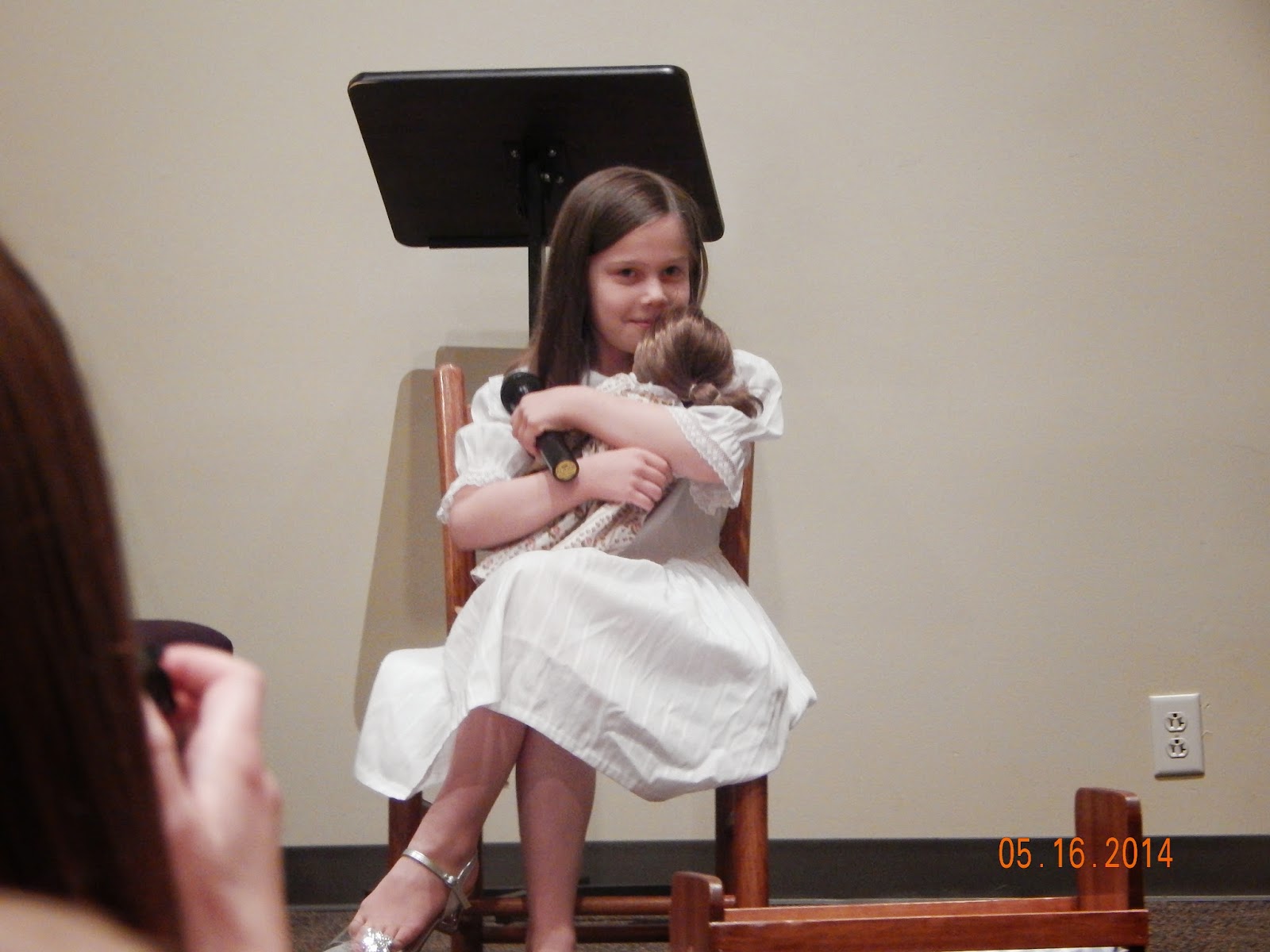 And here's a link to Iris doing an adorable job on her poem :)
Iris's performance

There were so many really great performances after this, I didn't take a lot of pictures, because I didn't know many of the girls.  I was very impressed with each of them, though.  But here is a picture of Lucy's friend, Fiona, reciting a poem. 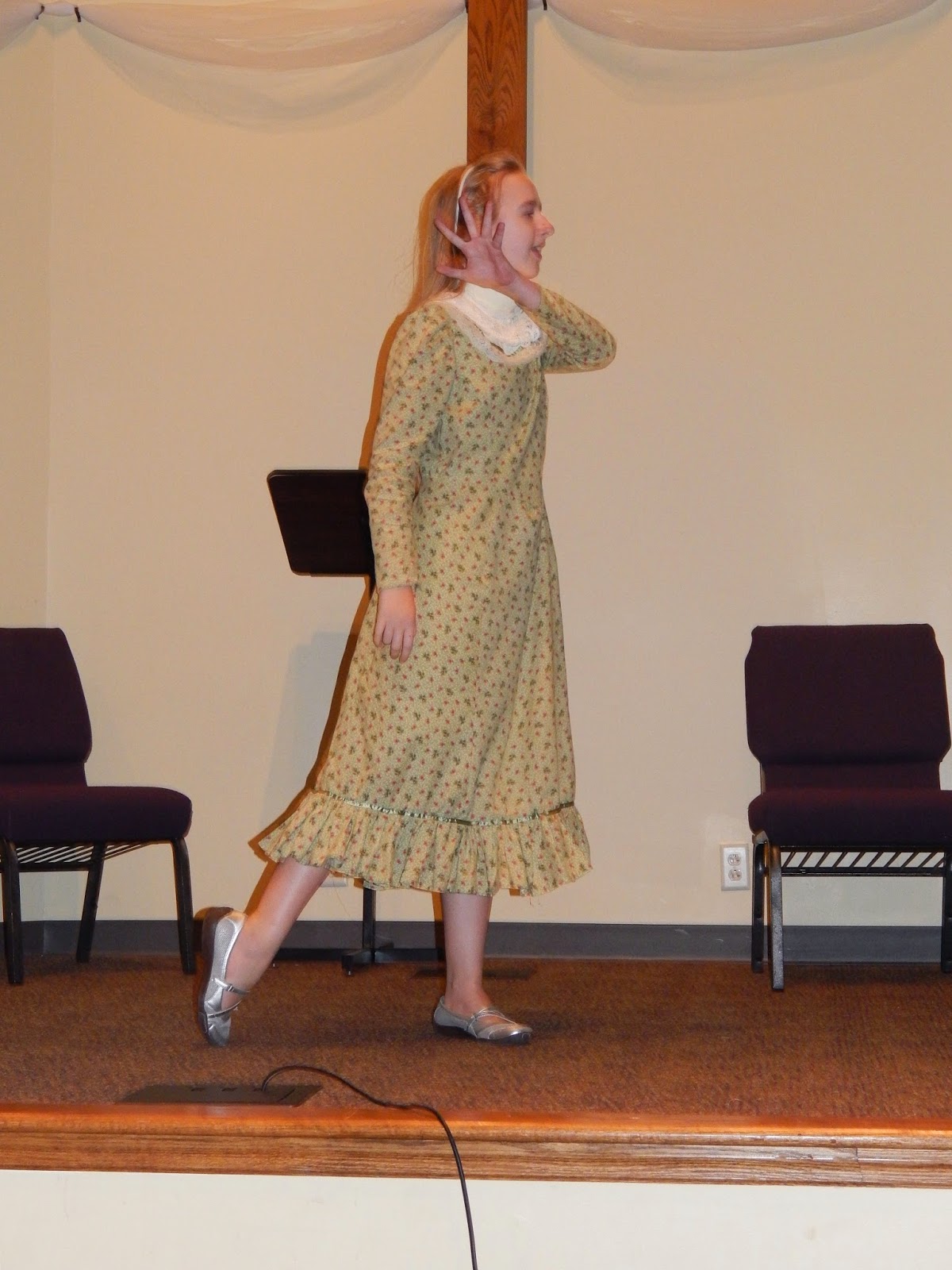 Then, about half of the way through, Lucy, along with her friends Meg, Lilly, Courtney, and Rose, performed a scene from Little Women.  Lucy was Jo. 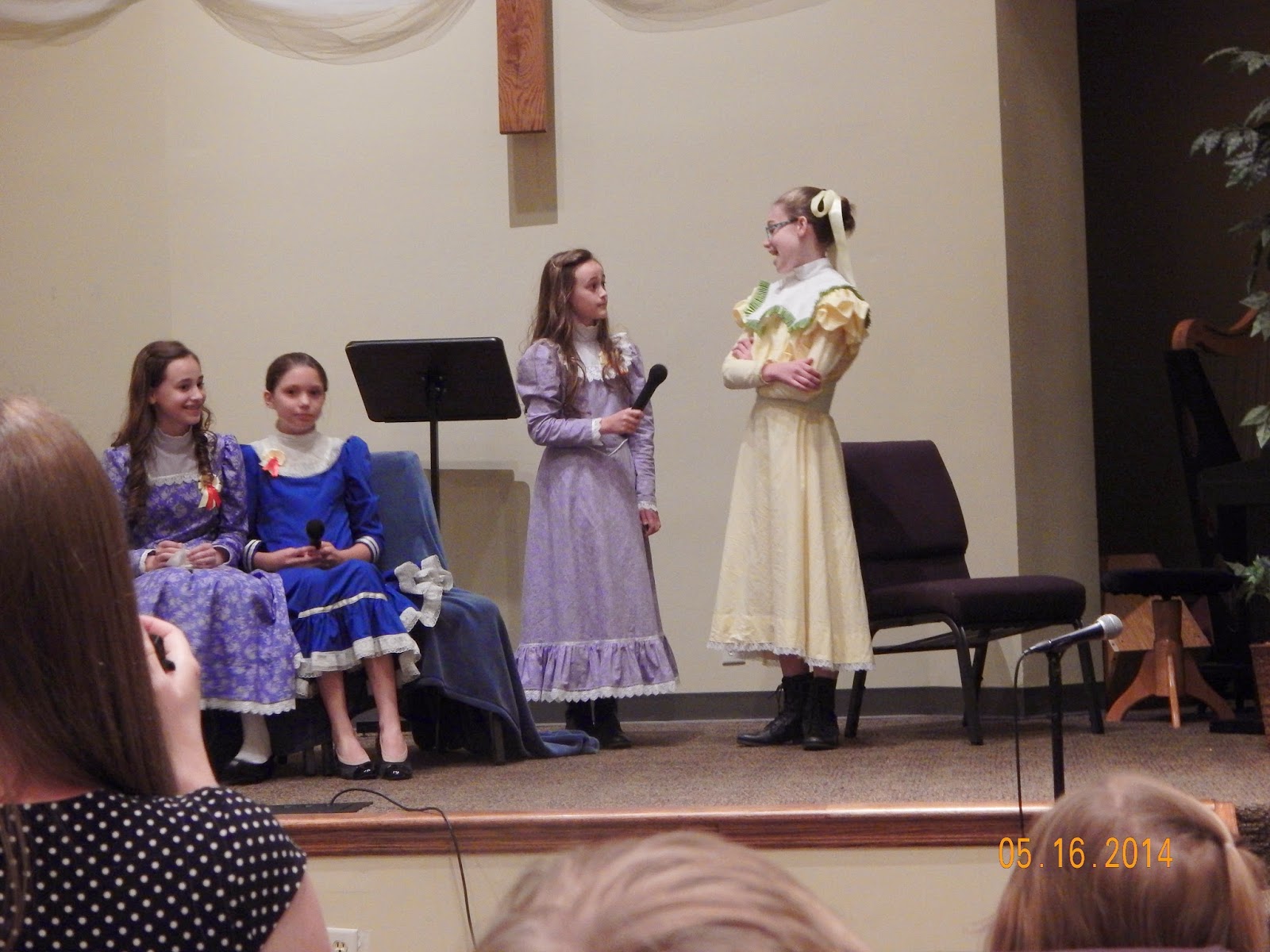 Here's a link to the video if you want to see it.  I wish you could hear it as well as we could, live, but such are the draw backs to videos... alas.  However, I particularly recommend at least starting at 3:50 on the video and watching Lucy's and Lilly's fainting scenes... pretty great! :) They all did a fantastic job!!
Little Women Scene

Some of the girls afterward... 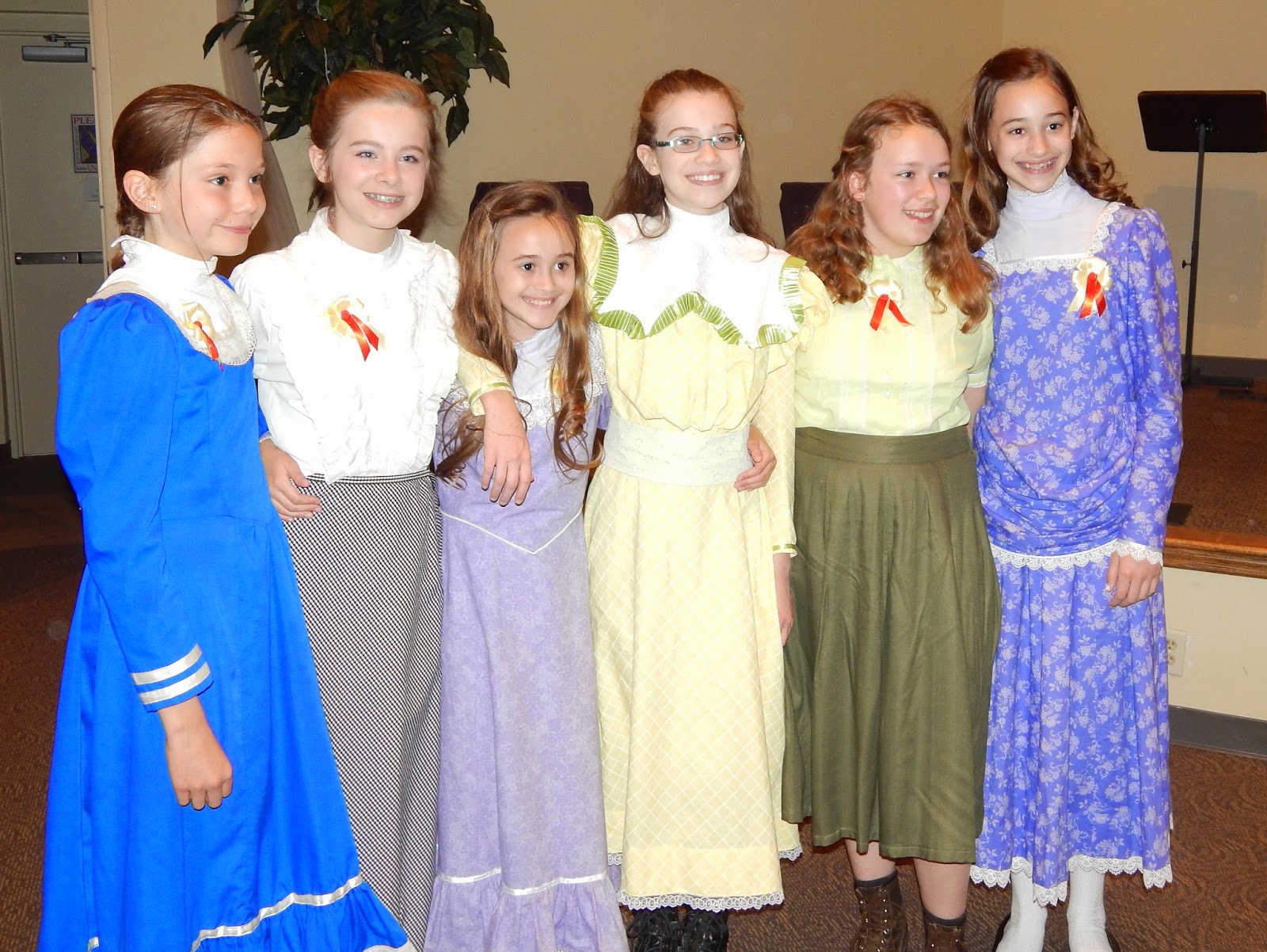 Some of the brothers being brothers :) 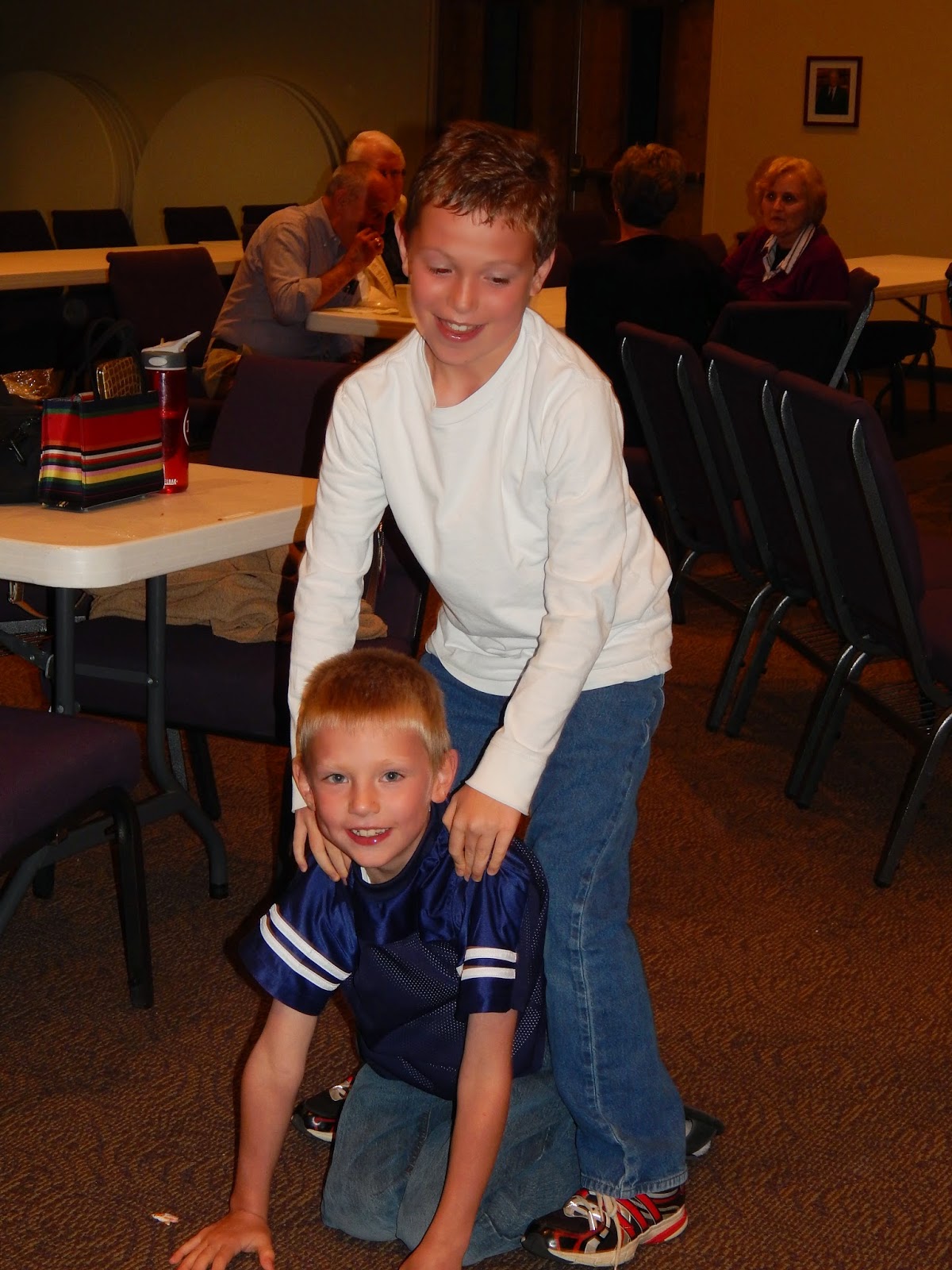 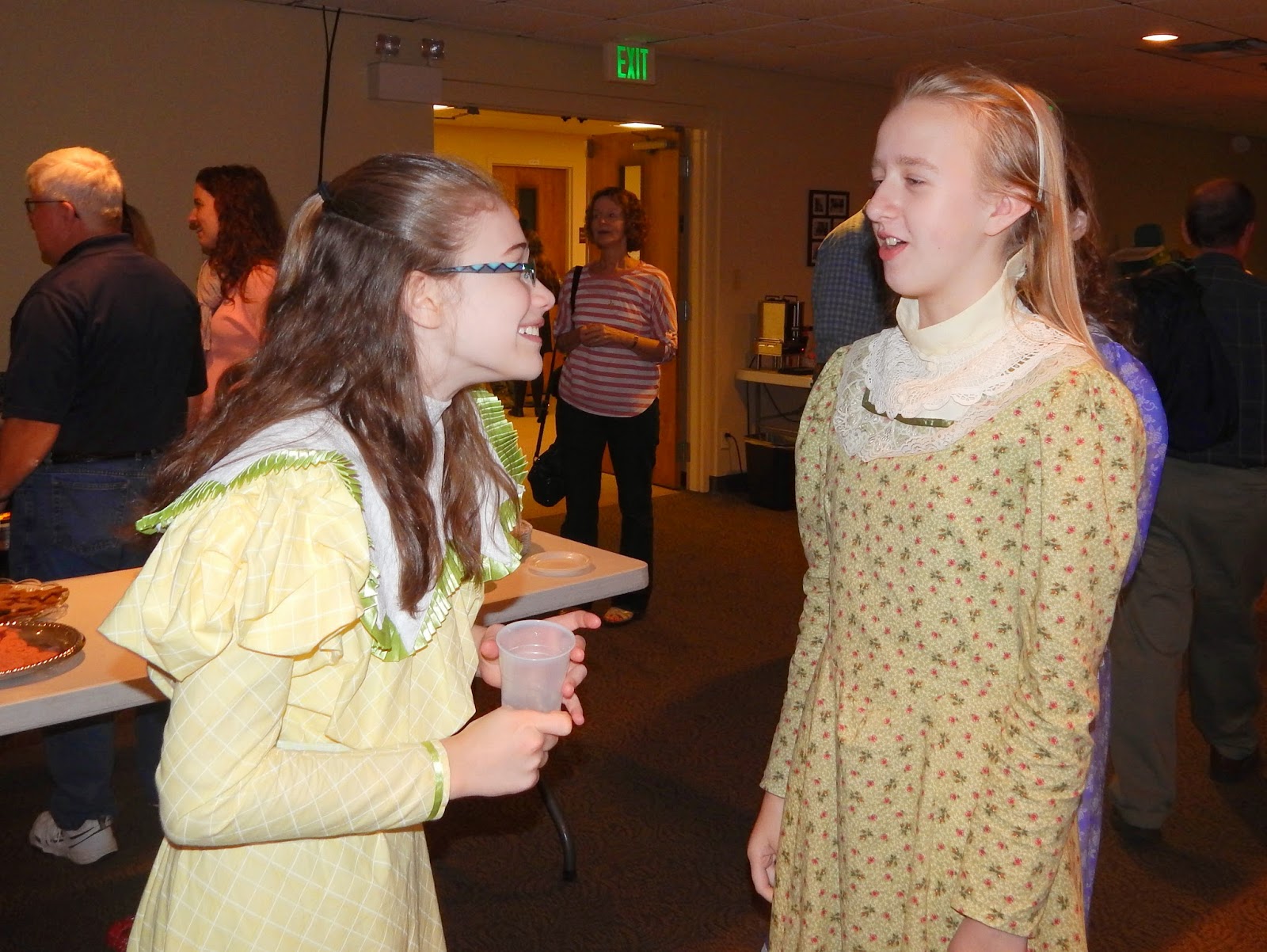 Some of us afterward for some commemorative pictures :) 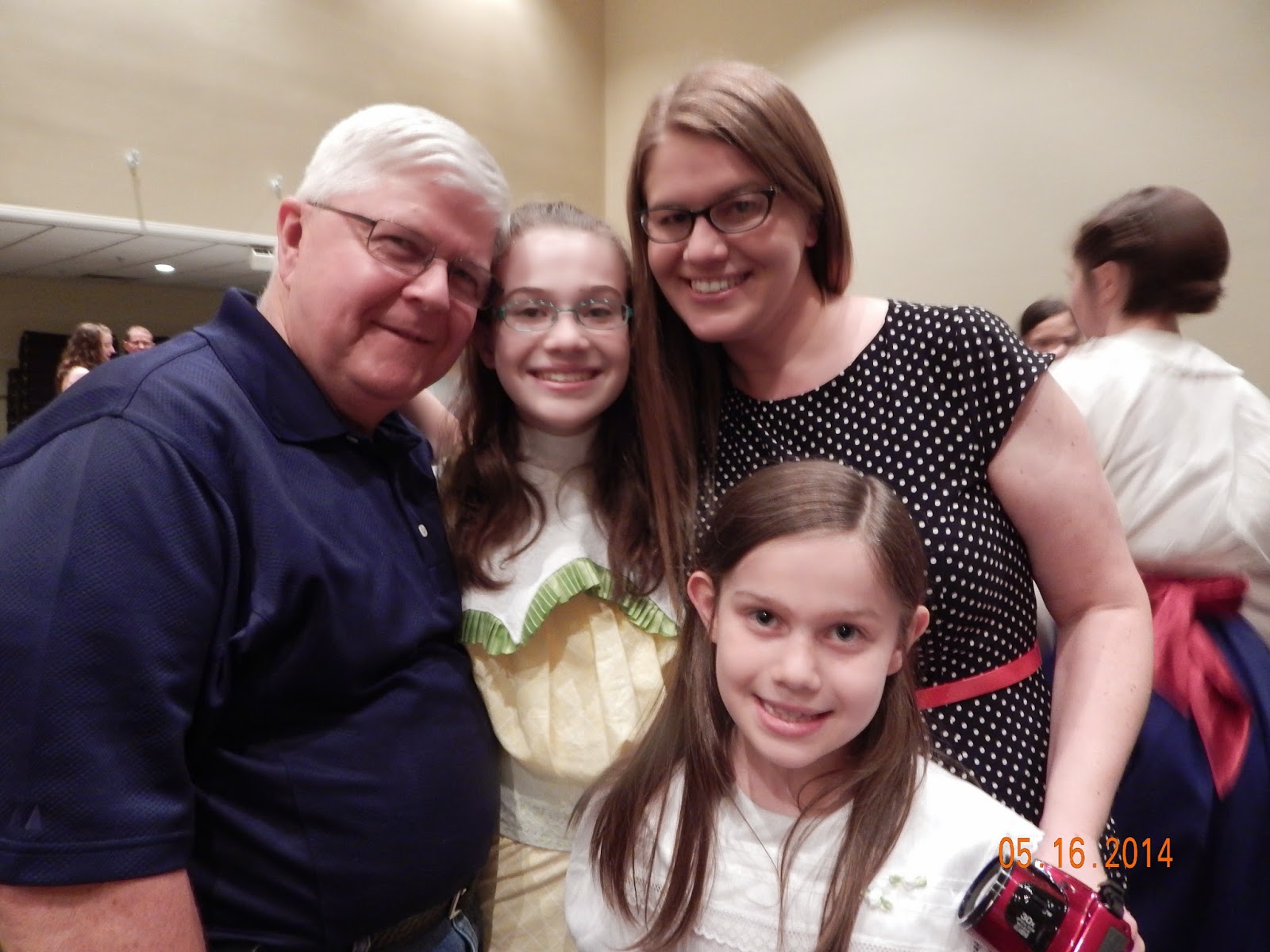 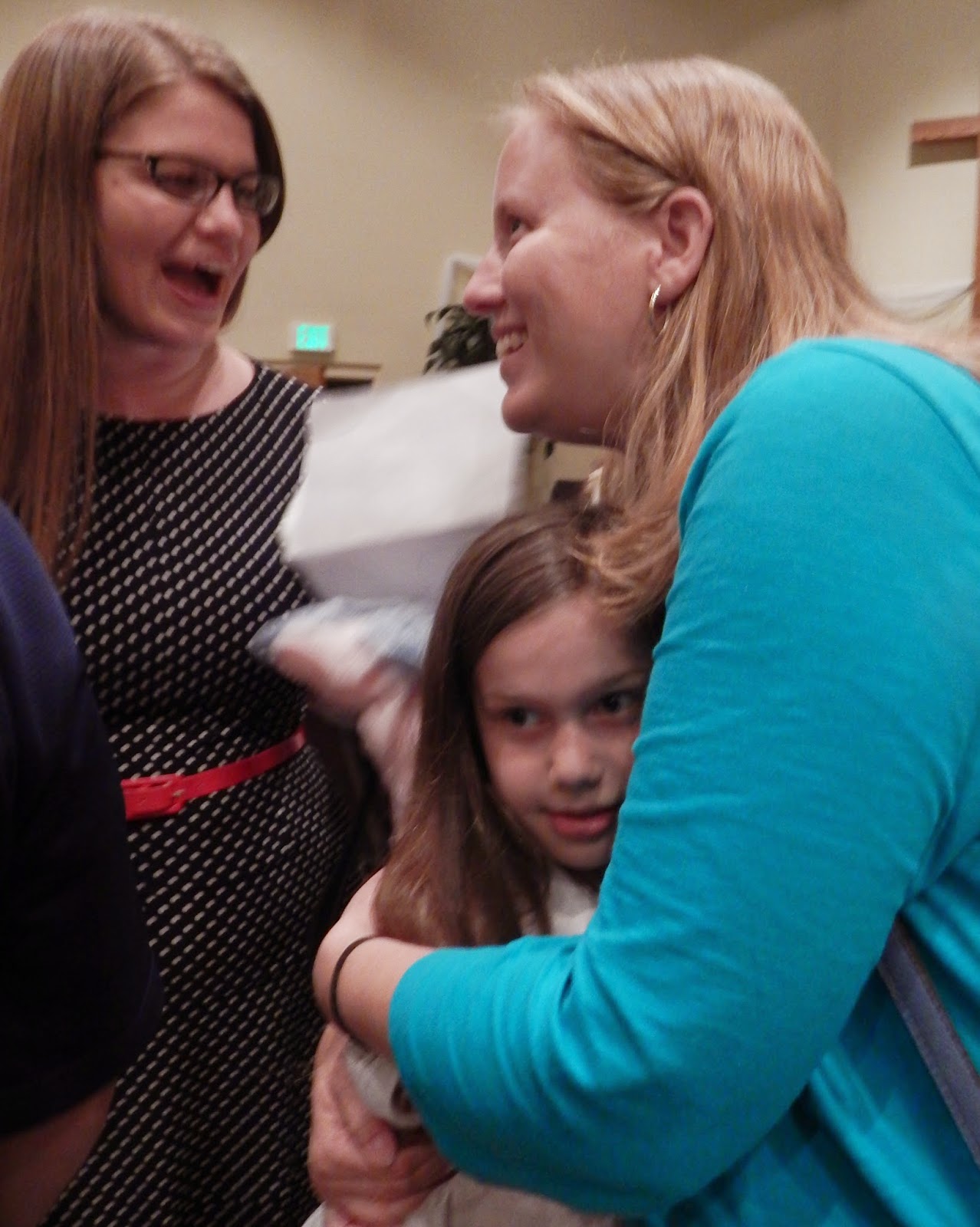 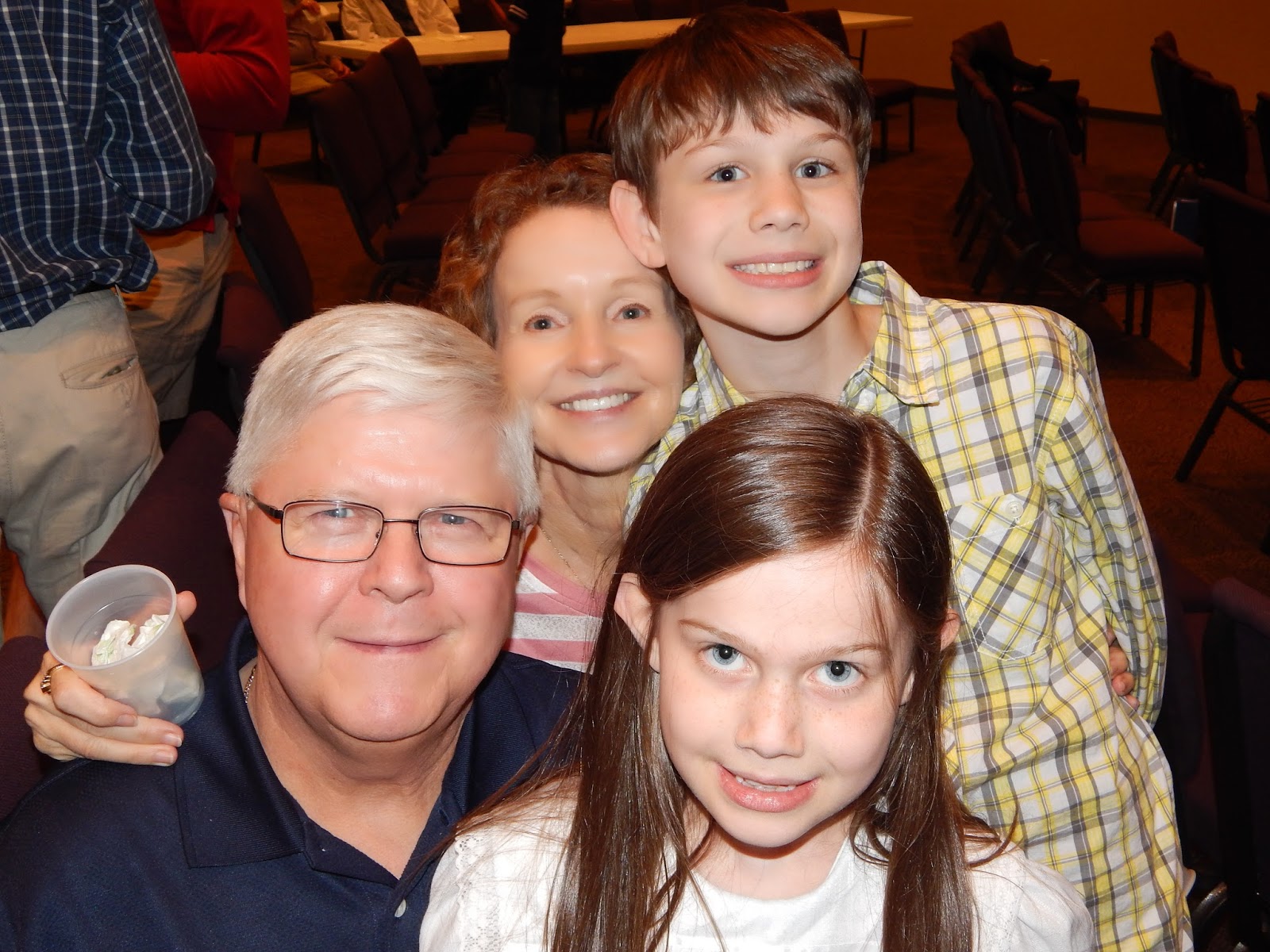 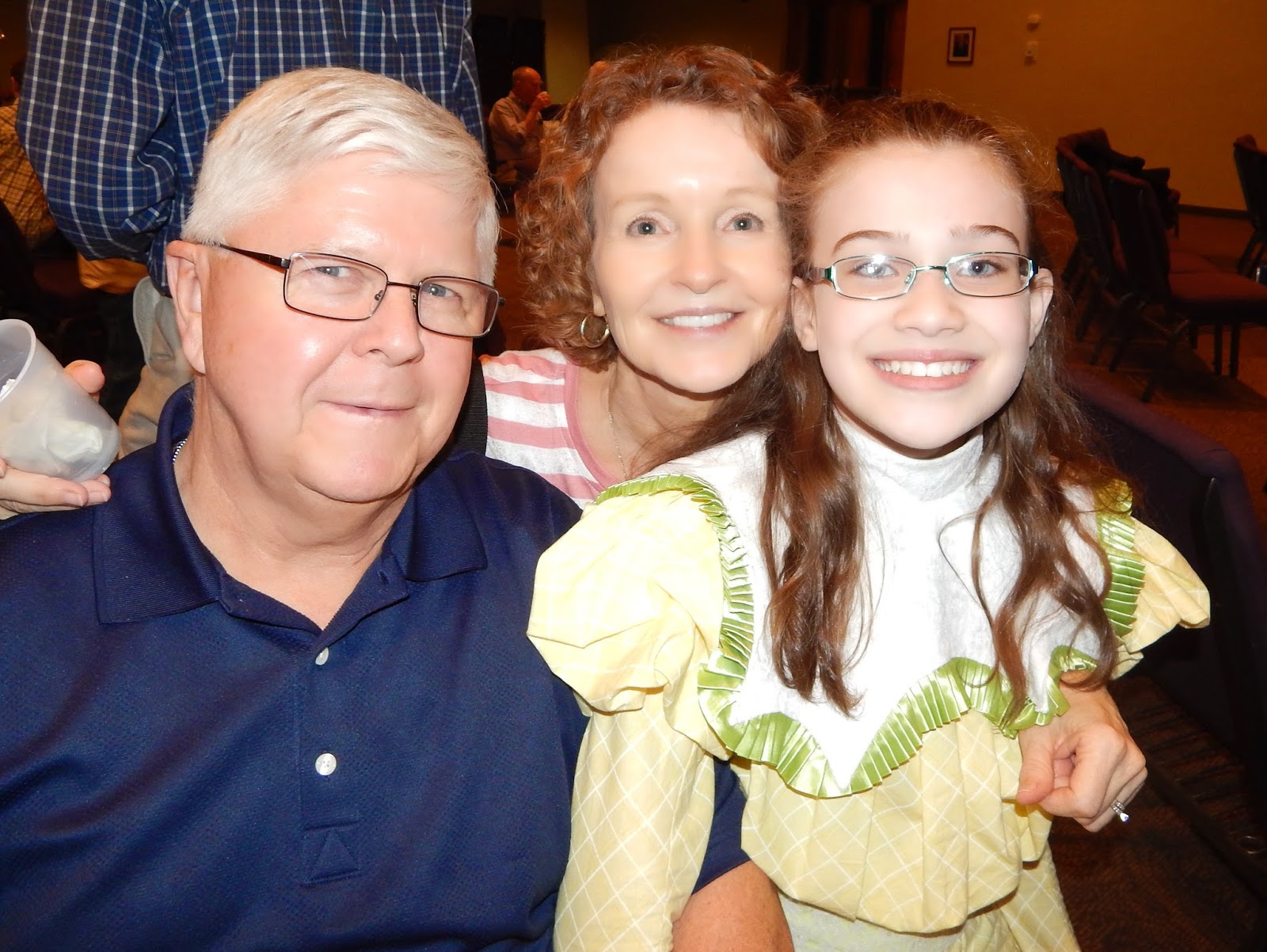 A big thanks to Mrs E for this awesome class she puts on for these girls!
Posted by mirandagail at 9:42 PM